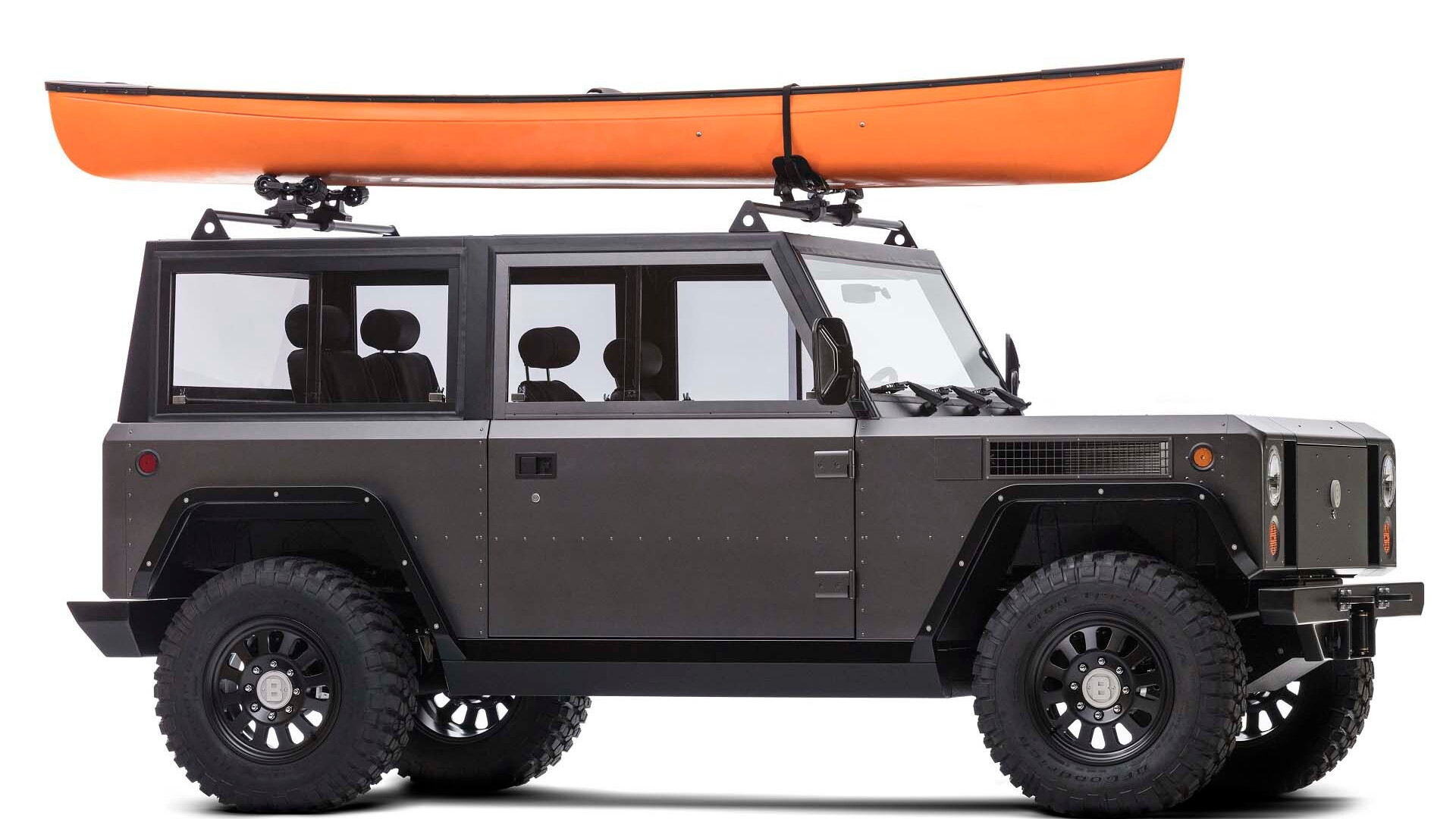 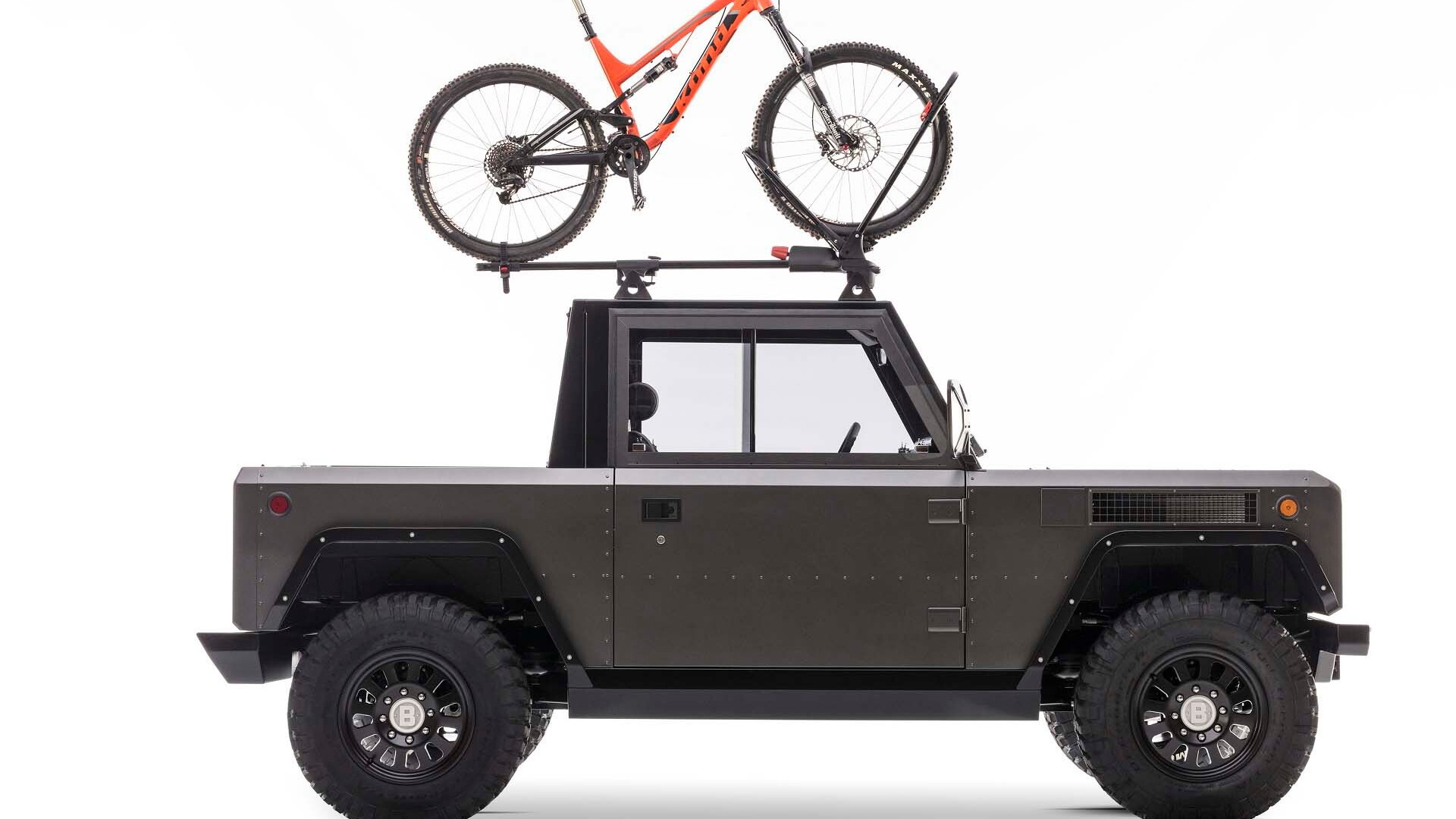 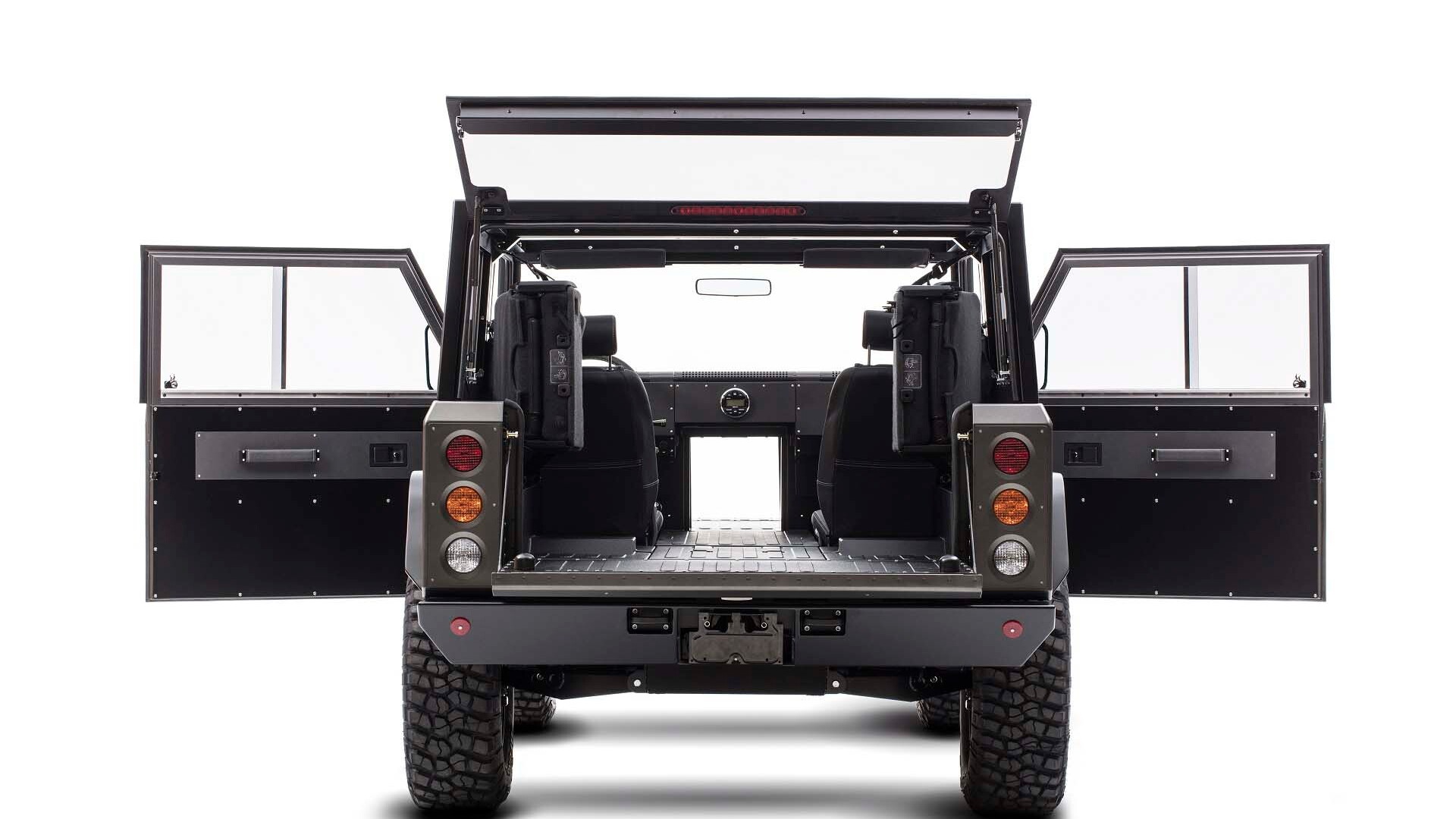 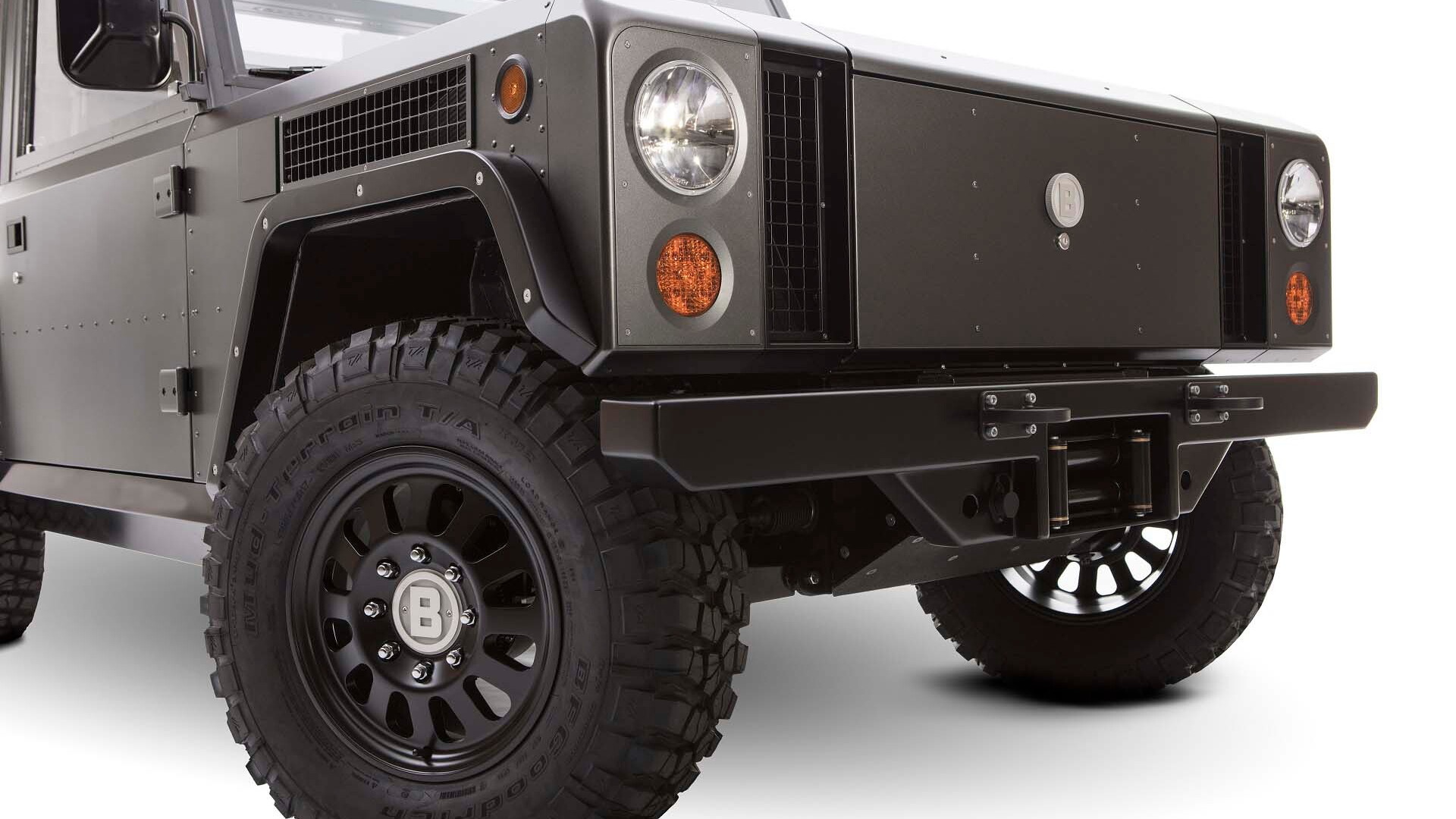 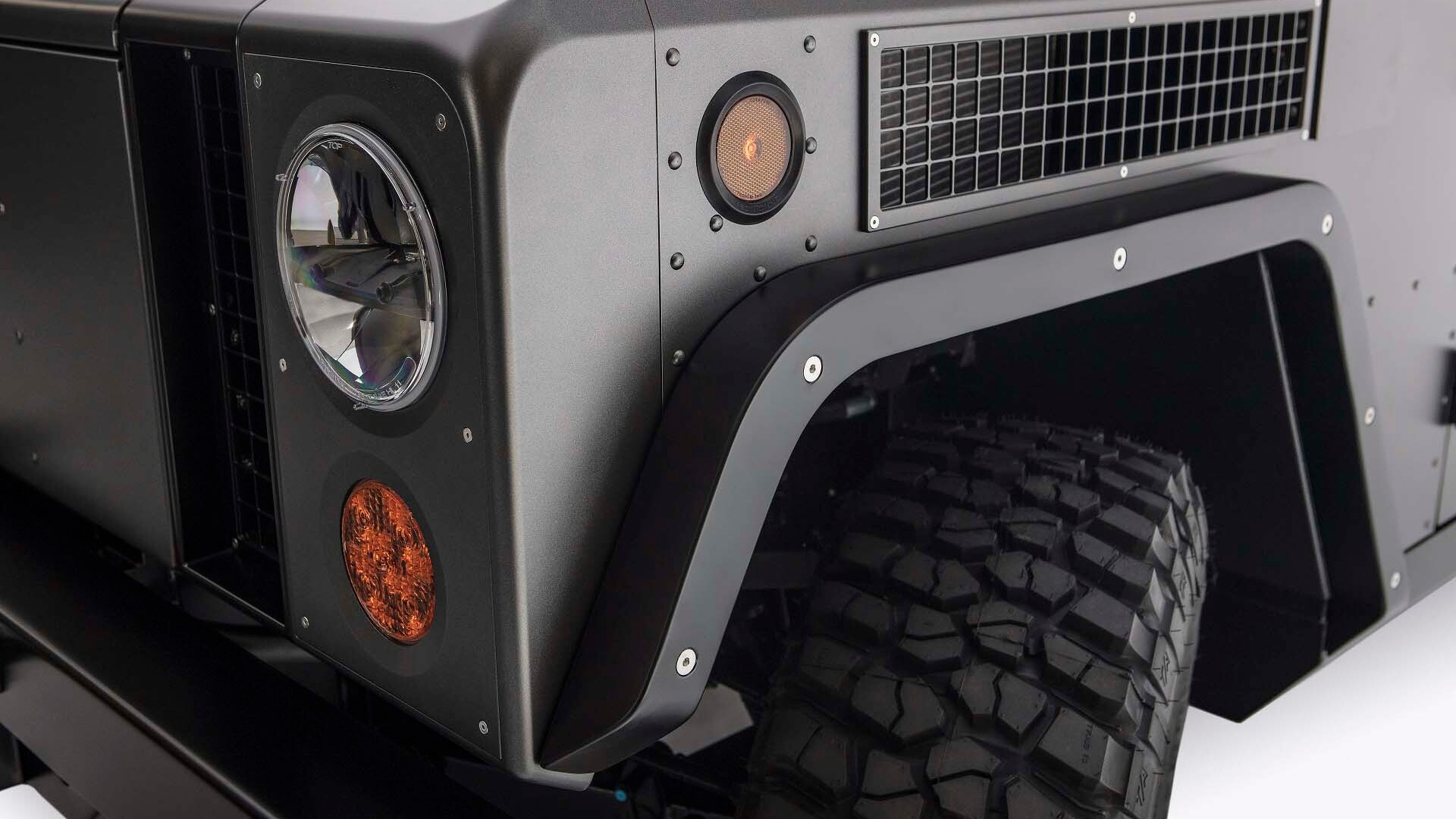 Not every electric car needs to be a high-tech speed machine capable of sorting your email, giving you a back rub and making you an espresso, all while hustling down the highway on its own.

An electric car can also be a low-maintenance, utilitarian workhorse that would be right at home for example on a farm or work site.

Thankfully there is such a vehicle, or there will be soon: the B1 from electric car startup Bollinger Motors.

Bollinger, the brainchild of entrepreneur Robert Bollinger, who lives on a farm in Hobart, New York, revealed the B1 late on Thursday at a media event in New York City.

The company describes the vehicle as the world’s first fully electric sport utility truck. It’s a no-nonsense pickup truck capable of handling the roughest terrain—while producing zero emissions. It reminds us a lot of the electric Land Rover Defender prototype unveiled in 2013, though the Bollinger B1 has been fully designed and engineered in the United States. It will also be built here, with Bollinger currently conducting feasibility studies with a number of local independent vehicle manufacturers.

The B1 sits on a bespoke aluminum chassis that weighs just 295 pounds and incorporates the complete powertrain system as well as off-road suspension. It sports a wheelbase of 105 inches, front and rear tracks of 68 inches, an approach angle of 56 degrees, departure angle of 53 degrees, and break over angle of 33 degrees.

As has become commonplace in electric cars, housing all of the mechanicals within the chassis keeps the center of gravity low and frees up interior space. For the B1, a high-strength steel rollover structure sits on top and provides crash protection.

For the powertrain, Bollinger has gone with a dual-motor setup consisting of front- and rear- mounted synchronous electric motors driving all four wheels and delivering a peak 360 horsepower and 472 pound-feet of torque. The company plans to offer two lithium-ion battery pack options to suit budgets and requirements: 60 or 100 kilowatt-hours, producing 120 or 200 miles of range, respectively.

The truck has a standard 240-volt Level 2 charging port on its left-front fender, and for the moment, a CHAdeMO DC quick-charging port on the right-front fender. With the latter, a full charge of the 100-kwh battery could be done in 75 minutes. Otherwise, charging takes 12.1 hours when using a Level 2 220-volt outlet.

The 0-60 mph time is about 4.5 seconds and the top speed is 127 mph. The curb weight is 3,900 pounds while the gross vehicle weight rating is 10,001 pounds (recommended payload is 6,100 pounds). One interesting regulatory note is that the weight rating allows the B1 to qualify as a Class 3 commercial truck which considerably reduces regulatory requirements compared to vehicles intended purely for passenger use.

Bollinger says it’s too early to announce pricing. However, the company says it will start taking $1,000 deposits in early 2018. Once a production site is secured, Bollinger says deliveries could start within 19 months. Sales and service will be handled directly initially but Bollinger hopes to eventually open retail locations in major cities across the country.