This 1957 Alfa Romeo Giulietta Sprint Speciale Prototipo was named the Best of Show on Sunday at the 2017 Concorso d’Eleganza Villa d’Este in Italy. It proved equally popular among the judges and the public.

The beautiful coupe body was penned by Franco Scaglione who was working for Bertone during the 1950s. His daughter Giovanna was present on Sunday to introduce the car alongside its current owner, famous Italian collector Corrado Lopresto.

Peak power of 100 horsepower is available in the car, delivered by a 1.3-liter inline-4 and routed to the rear wheels only. 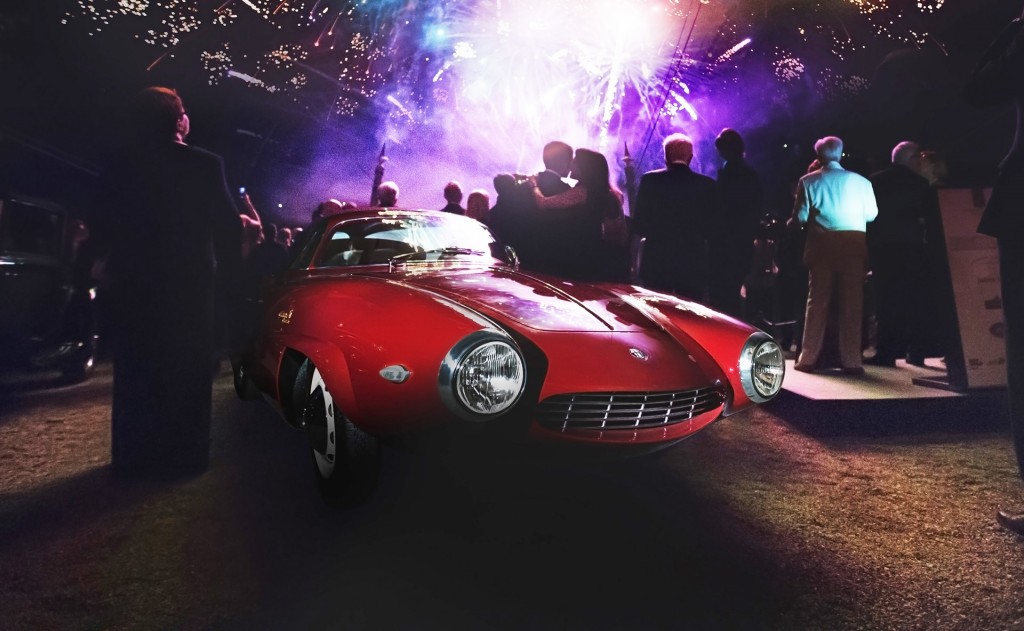 What makes it so historically significant is the clear evolution between the car and the famous Alfa Romeo BAT (Berlinetta Aerodinamica Tecnica) concept cars that preceded it. The concepts were also designed by Scaglione and were a collaboration between Alfa Romeo and Bertone to research the effects of drag on a vehicle.

Also, being a prototype, there are a few differences found on the car that don’t appear on the production Giulietta SS models that followed it, the most obvious being the grille design. The production models wore Alfa Romeo’s shield-shaped grille.