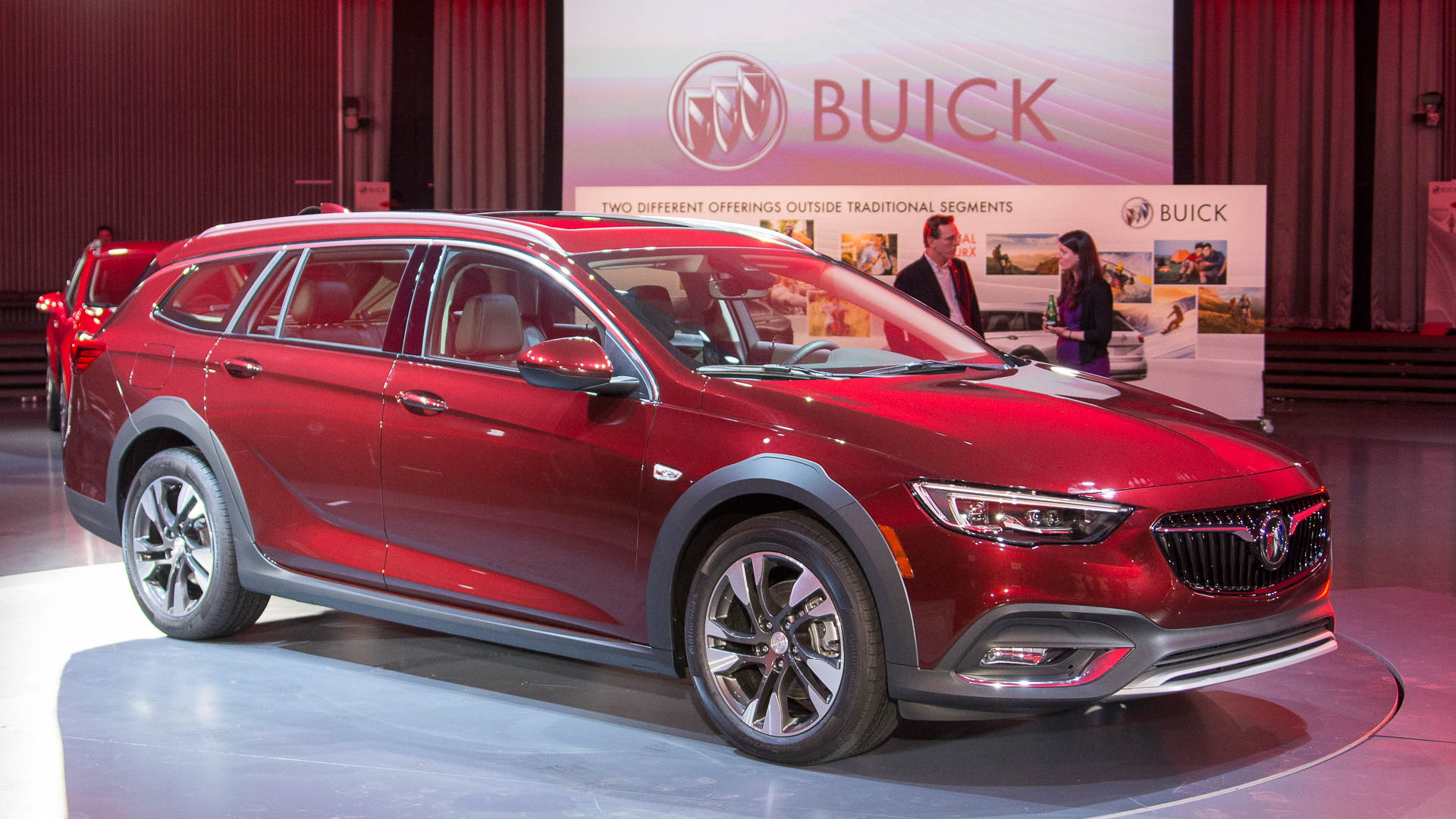 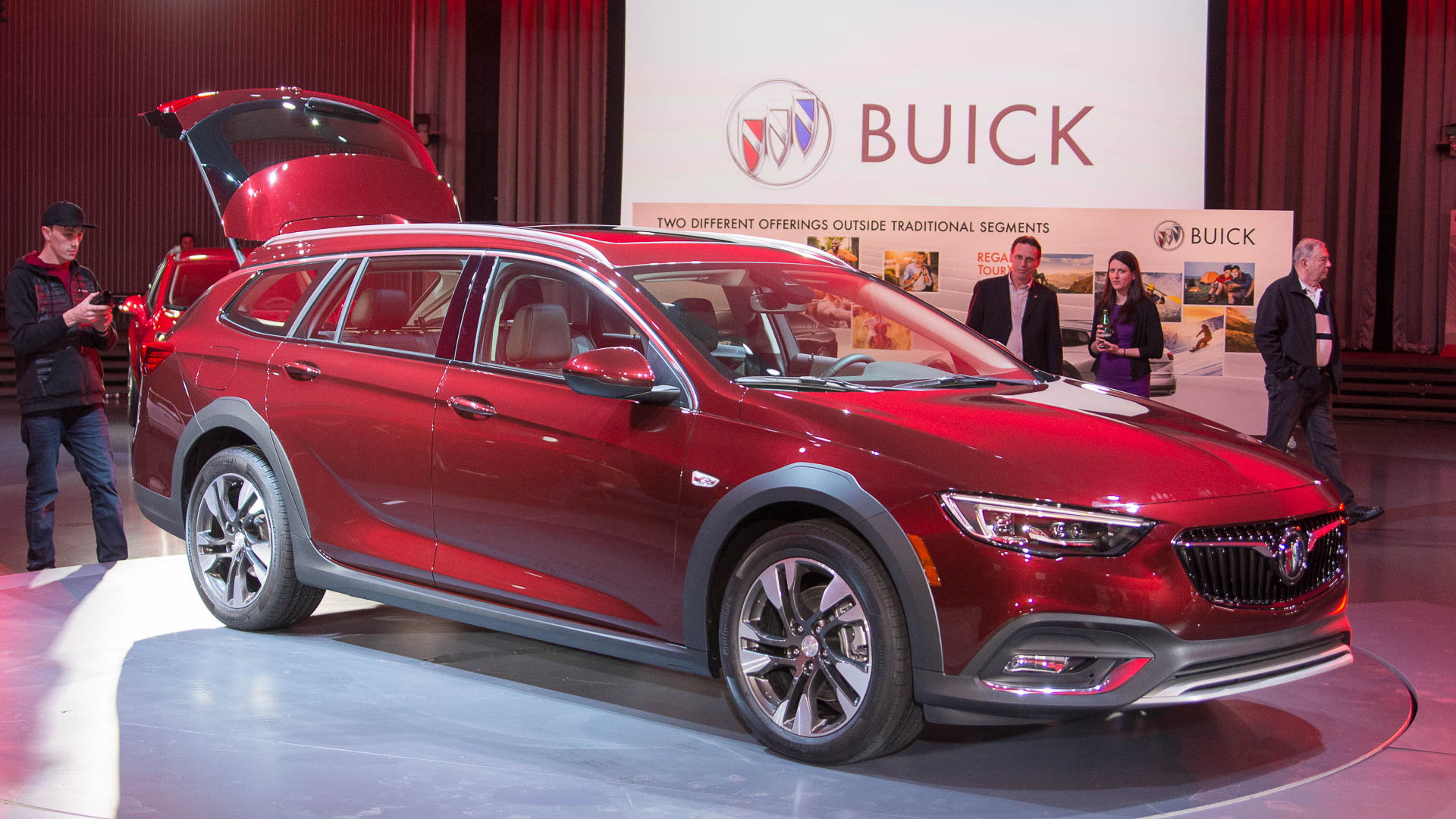 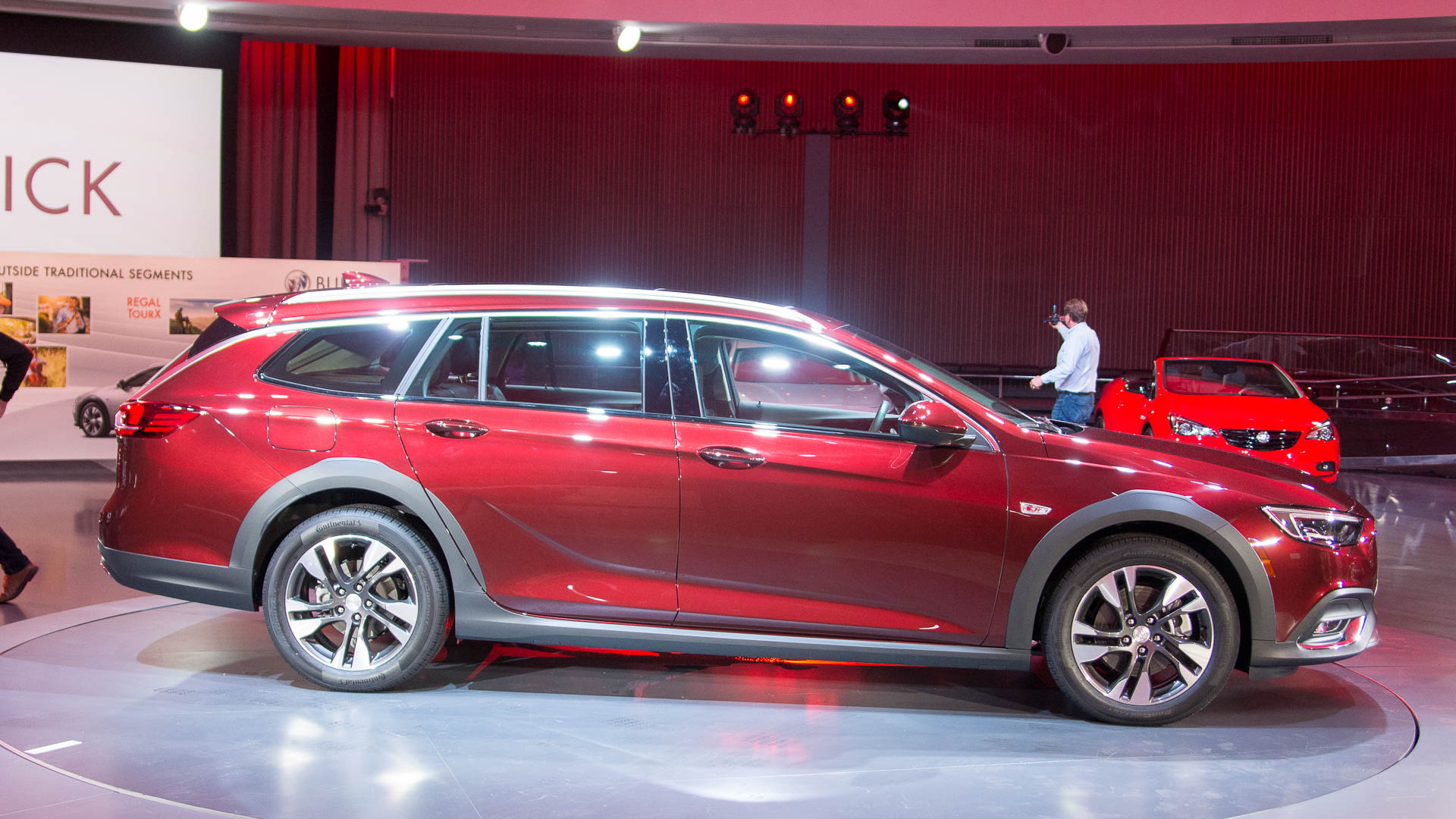 Mid-size cars might be yesterday's news (even though they're still the third-largest vehicle segment in the U.S.), but Buick is sticking with them. Sort of. Ahead of the 2017 New York auto show, GM's near-premium brand introduced a fresh take on its mid-size car with the new 2018 Regal Sportback and Regal TourX body styles.

The Regal, as a sedan, is dead. The new Sportback is the closest approximation of a normal four-door, bringing a coupe-like roofline and a liftback rear hatch that promises a stylish look and a welcome dose of versatility. There's 60.7 cubic feet of cargo space in the back of the high-opening hatch (with the rear seats folded down), which Buick boasts bests the new Audi A5 Sportback and the BMW 4-Series Gran Coupe.

The TourX is a different take on versatility, bringing a traditional wagon to the Buick range in a move that will make demented auto journalists (like yours truly) cheer. The Regal TourX has a slightly higher ride height and 3.4 inches of additional bodywork over the Sportback to deliver 73.5 cubic feet of cargo space. With that much interior space, Buick's idea is for the TourX to outclass everything from the Volvo V60 to the Subaru Outback.

Both body styles are based on the Opel Insignia, just like the last Regal. The elephant in the room, of course, is that GM no longer owns Opel. Whether that has any impact on the Regal's life or cost remains to be seen.