Lexus is looking to spice up its latest LS flagship sedan with an F-Sport package.

The new package, which will be available on both the LS 500 and LS 500h going on sale late this year, will be shown for the first time at next week’s 2017 New York auto show. However, it's been partially revealed in a teaser shot released today.

Judging from the teaser, we can expect the F-Sport package to add lowered suspension, an uprated wheel and tire package, and a sporty body kit to the LS. 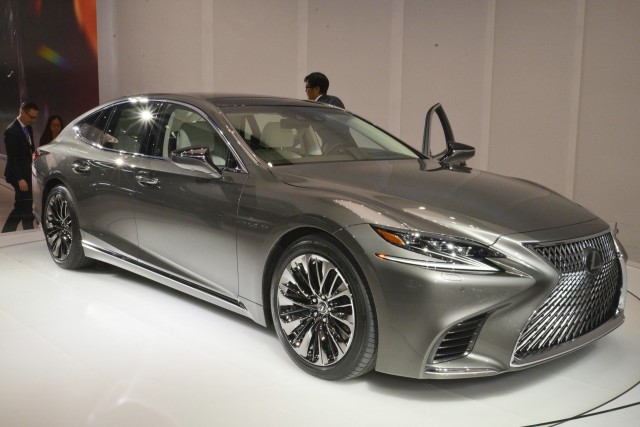 Rather than brute power, Lexus’ F-Sport package for the LS is aimed at improving the car’s ride and handling qualities. It’s said to build upon the superb groundwork laid by the car’s GA–L platform—the stiffest ever fitted to a Lexus sedan.

Lexus is also likely to add an F-Sport package to the related LC range at some point. We’ve also heard that a high-performance LC F model is also in the works. Previously, Toyota’s in-house tuner TRD released some mild performance mods for the svelte coupe.

We’ll have more details on the LS’s F-Sport package soon as the N.Y. auto show is set to start on April 12. To learn about some of the other vehicles appearing at the show, head to our dedicated hub.