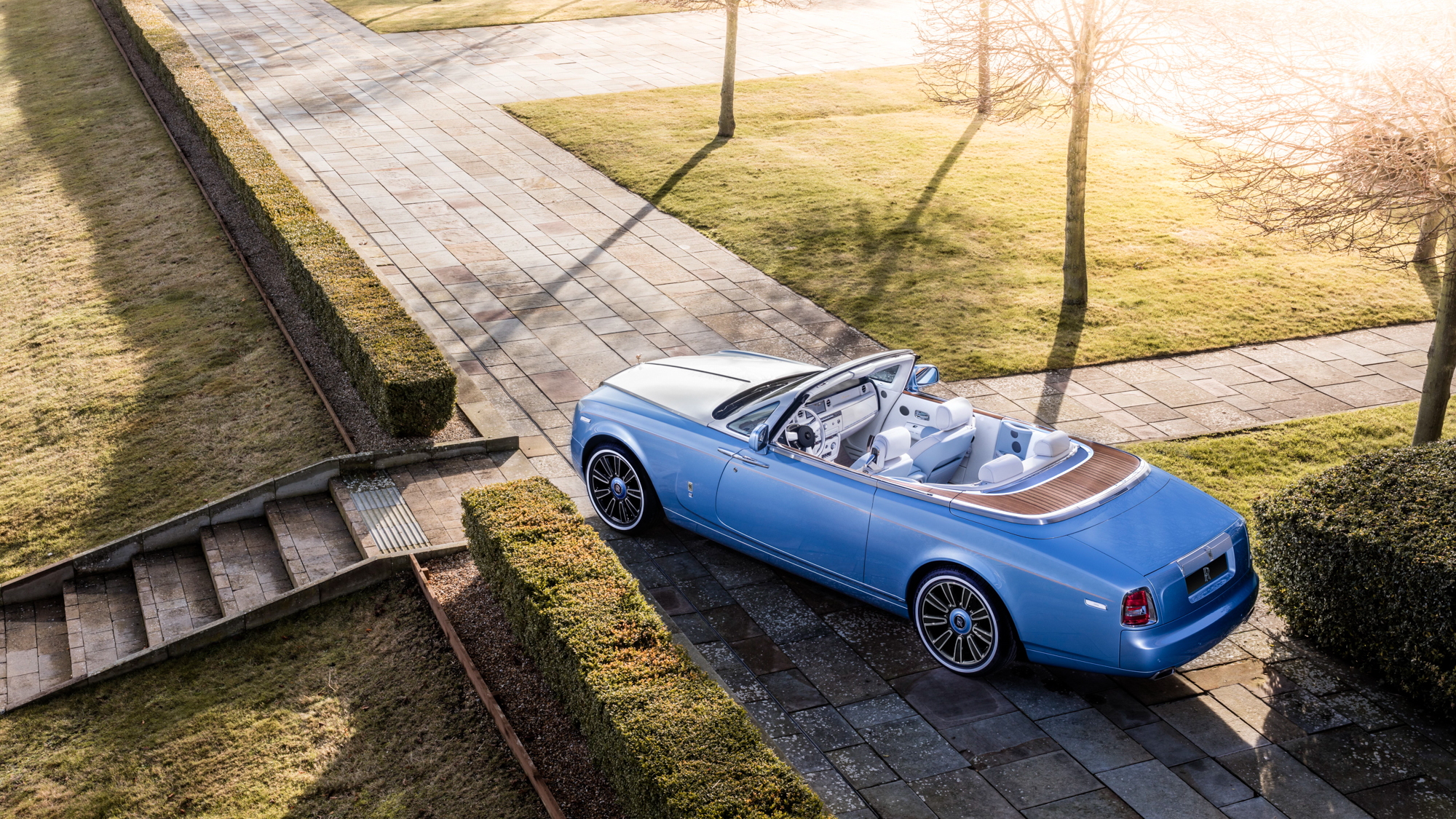 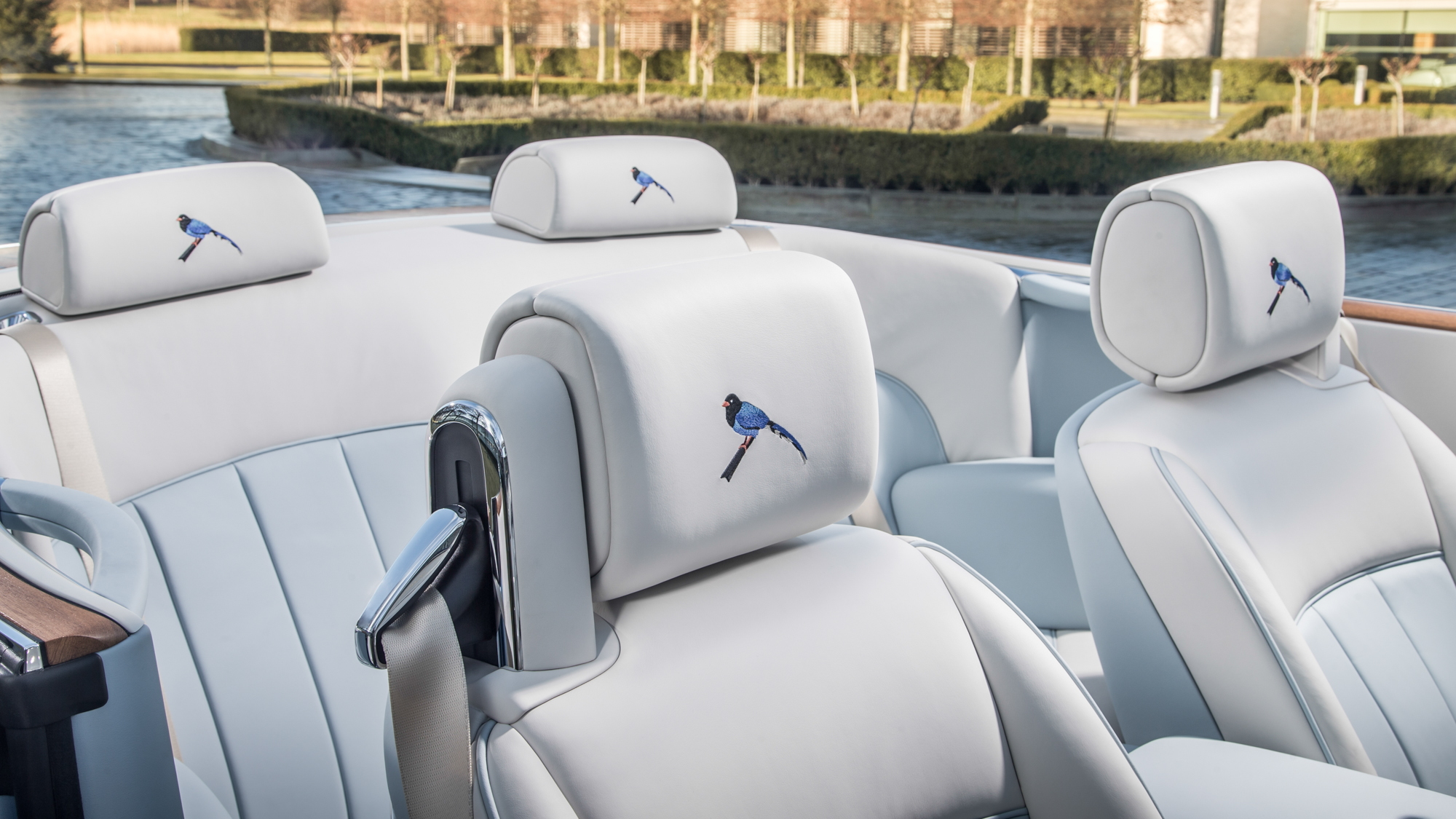 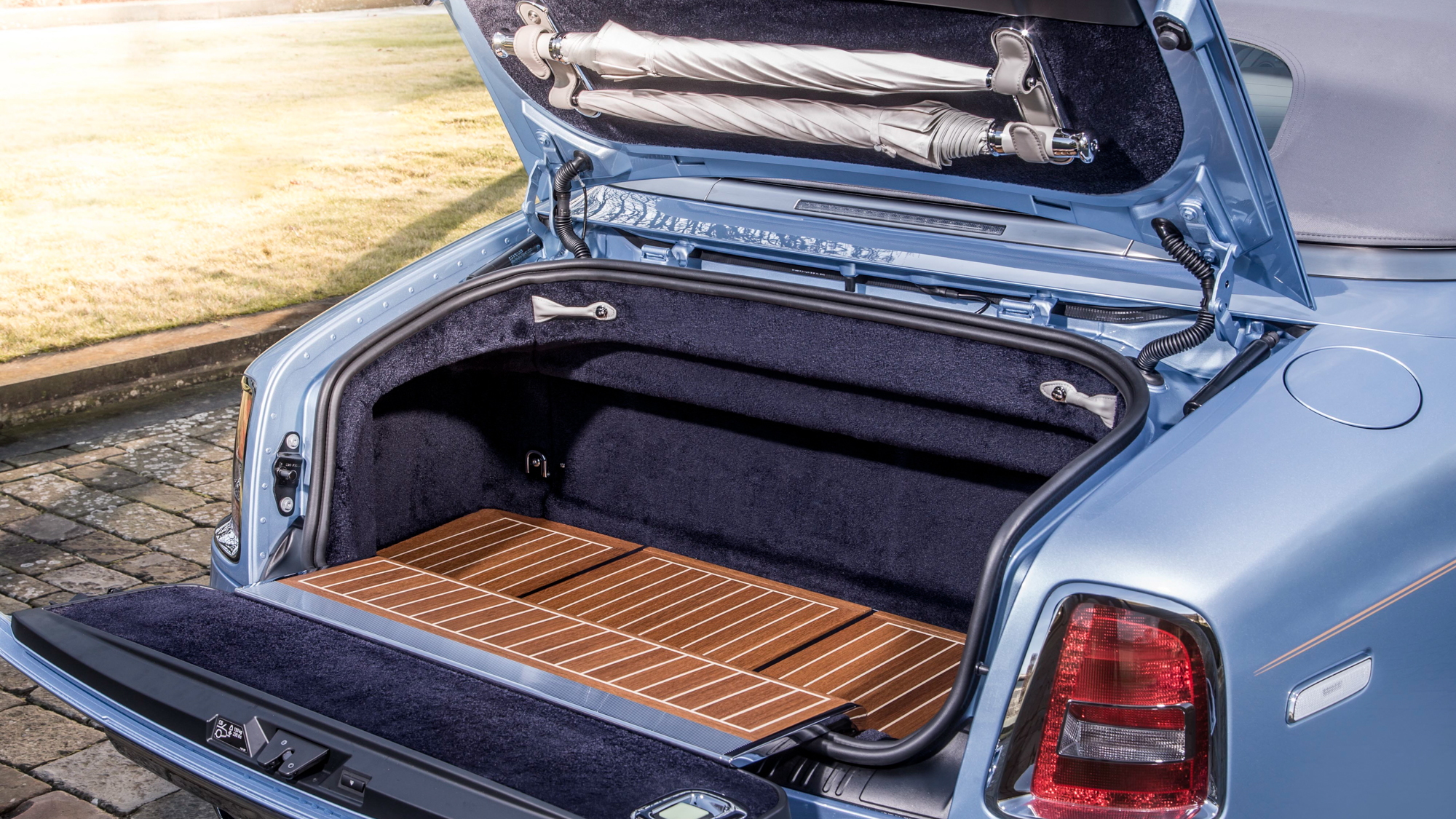 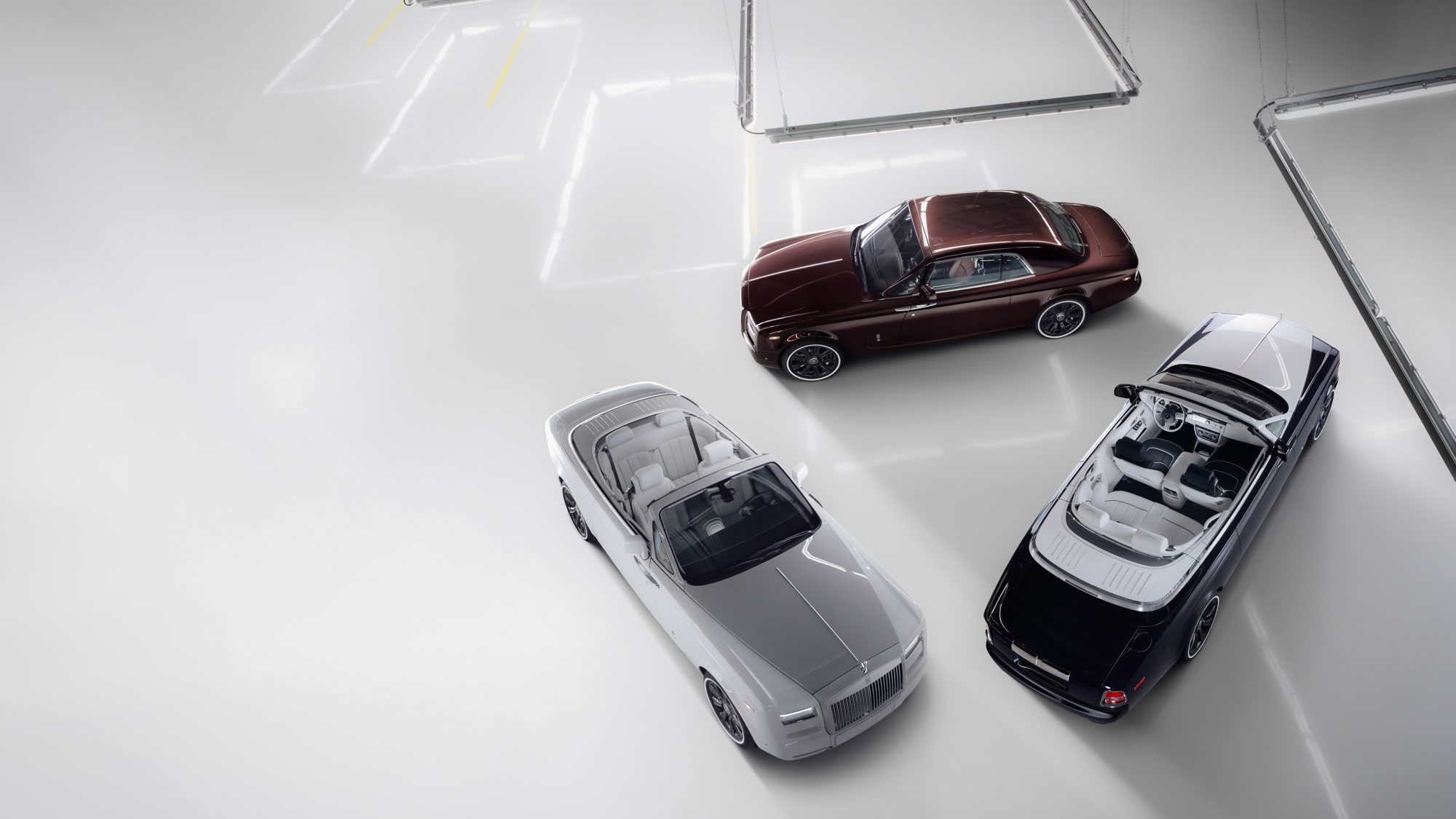 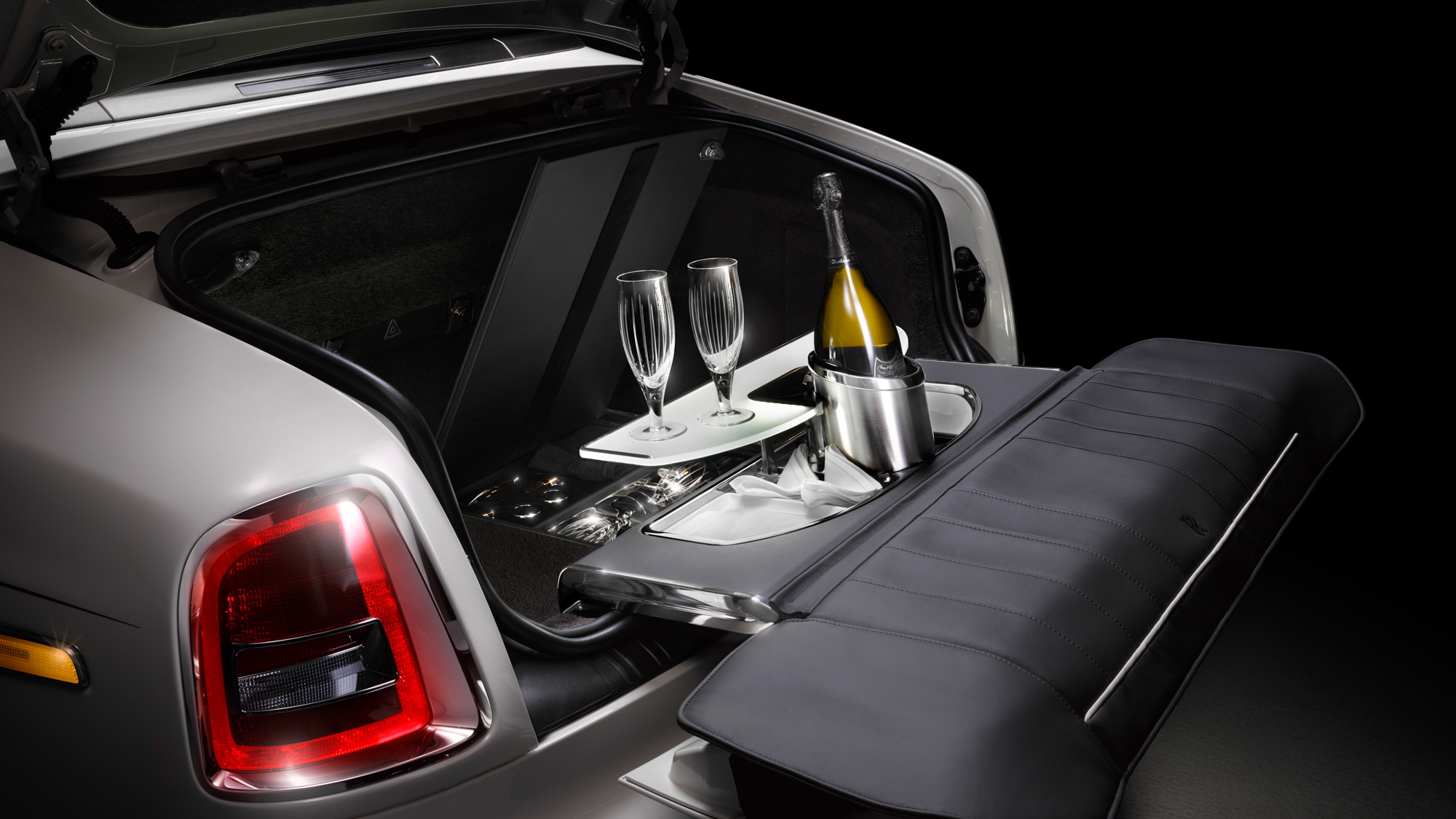 Rolls-Royce cars are expensive, rare, and endlessly luxurious. They're also sold to clients who often want what others can't have. That's why Rolls-Royce has its own special Bespoke department, which exists to make its demanding and discerning customers' dreams come true. This creates a world filled with vivid colors, ornate interiors, and high-dollar options sheets that only belong to a given vehicle.

Rolls-Royce wants you to take a trip with it back through the 2016 calendar year and ogle some of its finer creations. Wipe off your shoes and don't touch anything, you filthy peasant.

To celebrate the final model year of the current Phantom, Rolls-Royce invited customers to create one-off special versions of the car. These reside under the Phantom Zenith collection, which is a rather cool sounding group for a handful of cars. For both the Phantom Coupe and Drophead Coupe, Rolls built 25 examples and each one was enhanced over the "standard" car. The rear tailgate was given a glass shelf so you could serve champagne off of it, and the entire trunk was basically a dining section for when you want to pull over and have a nibble.

The Peace and Glory Rolls-Royce Phantom

Many of the automaker's customers hail from China, and a special "Peace and Glory" Phantom was created for one of those customers. The outside wears a fancy shade of paint, but it's in the cabin where the Rolls Bespoke team went crazy. Two-tone brown leather occupies most of the space and it's paired with intricate patterns and personal design motifs created for and by the client. For example, the center console in the rear has a pattern that replicates the fur of a tiger.

You're Hyundai Accent doesn't have that.

Taiwan is also home to Rolls-Royce fans, and one customer ordered up a Phantom Drophead Coupe that is known as "Blue Magpie." The light blue paintwork is accompanied by a hood finished in white, while the Spirit of Ecstasy is a gold engraved piece of art on its own. Magpies are embroidered into the headrests. Why blue magpies? They're only found in Taiwan.

One customer in particular is a big fan of bright colors, and he wanted to commission a brand-new Dawn that he'd take delivery of while attending the Pebble Beach Concours d'Elegance. His name is Michael Fux and he worked with the Bespoke team to produce a unique blue color. Rolls-Royce now calls this Fux Blue, and it's exclusively reserved for the man who helped create it.

Nautical Dawn and "Dusk until Dawn"

The Rolls-Royce Dawn received plenty of attention from new buyers this year. One was given a nautical theme and this one wound up in Pebble Beach during Monterey Car Week. The teak deck and white exterior color definitely evoke the feeling that you're getting ready to set sail with something grand. A different color scheme was given to the "Dusk until Dawn" car, which was created to commemorate the opening of the Rolls-Royce Summer Studio in Porto Cervo, Italy. It wears gorgeous Emerald Green paintwork on the outside and is fitted with a Seashell leather interior. Emerald stones and Mother of Pearl are used in the interior of the car to create a representation of a compass rose.

"Inspired by the Greats" Dawn

Commissioned by a Rolls-Royce dealer in the Middle East to celebrate the work of great classical composers, the "Inspired by the Greats" Ghost features a monochromatic exterior, with clef-like motifs in the coachline, on the clock, in the wood trim, and stitched into the headrests. The dashboard has a Barrel Oak veneer with a "folded back" design that reveals Dark Ebony woodwork underneath. Furthermore, the wood can be inscribed with the musical notations from the patron's favorite piece.

A  number of other bespoke wonders were crafted by the Rolls-Royce design and build teams. These rare machines are as much works of art as they are powerful and expensive automobiles. When you can afford to buy anything in the world, you might as well make it a bit more special by making it very much your own.