The fifth-generation Lexus LS will be unveiled at the 2017 Detroit auto show, and Lexus today teased an image of its forthcoming flagship sedan.

The car will get an all-new, far more bold look that, Lexus claims, will feature a coupe-like silhouette.

The design, by the way, was previewed on Lexus’ LF-FC concept from the 2015 Tokyo Motor Show. We also have spy shots of a prototype.

The car will be built in the all-new GA-L architecture for the brand's luxury vehicles. GA-L is a rear-drive, multi-material platform and it is making its debut on the LC 500. Lexus promises a more dynamic (read: sportier) experience on the road, as well as a more spacious cabin. The car will almost certainly get new technologies and the type of luxury buyers have come to expect in this full-size sedan. 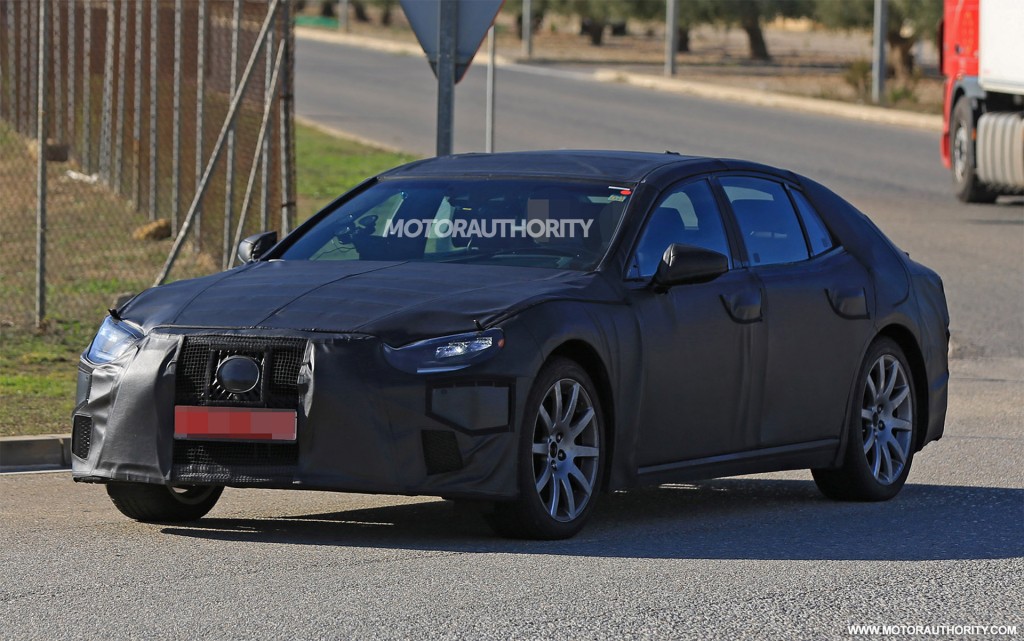 The teaser photo shows a cutaway of the car. We can clearly see the signature spindle grille face, but the body design quickly fades away. The suspension, however, is visible, and it appears to show a double-wishbone front setup with air suspension at all four corners.

The LS is the car that put Lexus on the map. It is as old as the brand itself, dating back to 1989. When it was released, it proved that Lexus could build a car that could compete with the German stalwarts for less money. The second generation arrived for 1994, the third for 2000, and the fourth for 2006. Each generation featured significant updates along the way.

The Detroit auto show gets underway January 9. For more coverage, head to our dedicated hub.