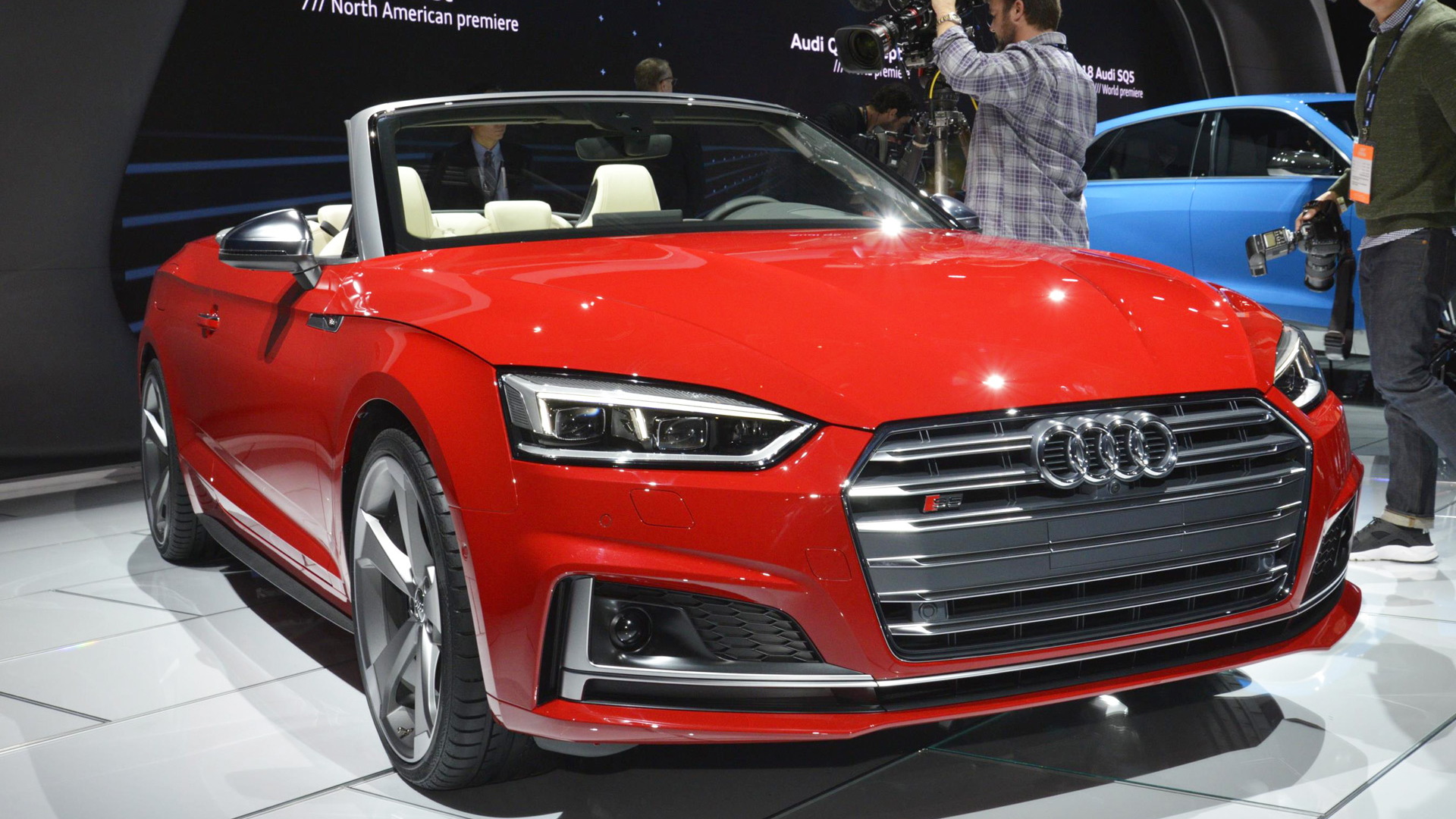 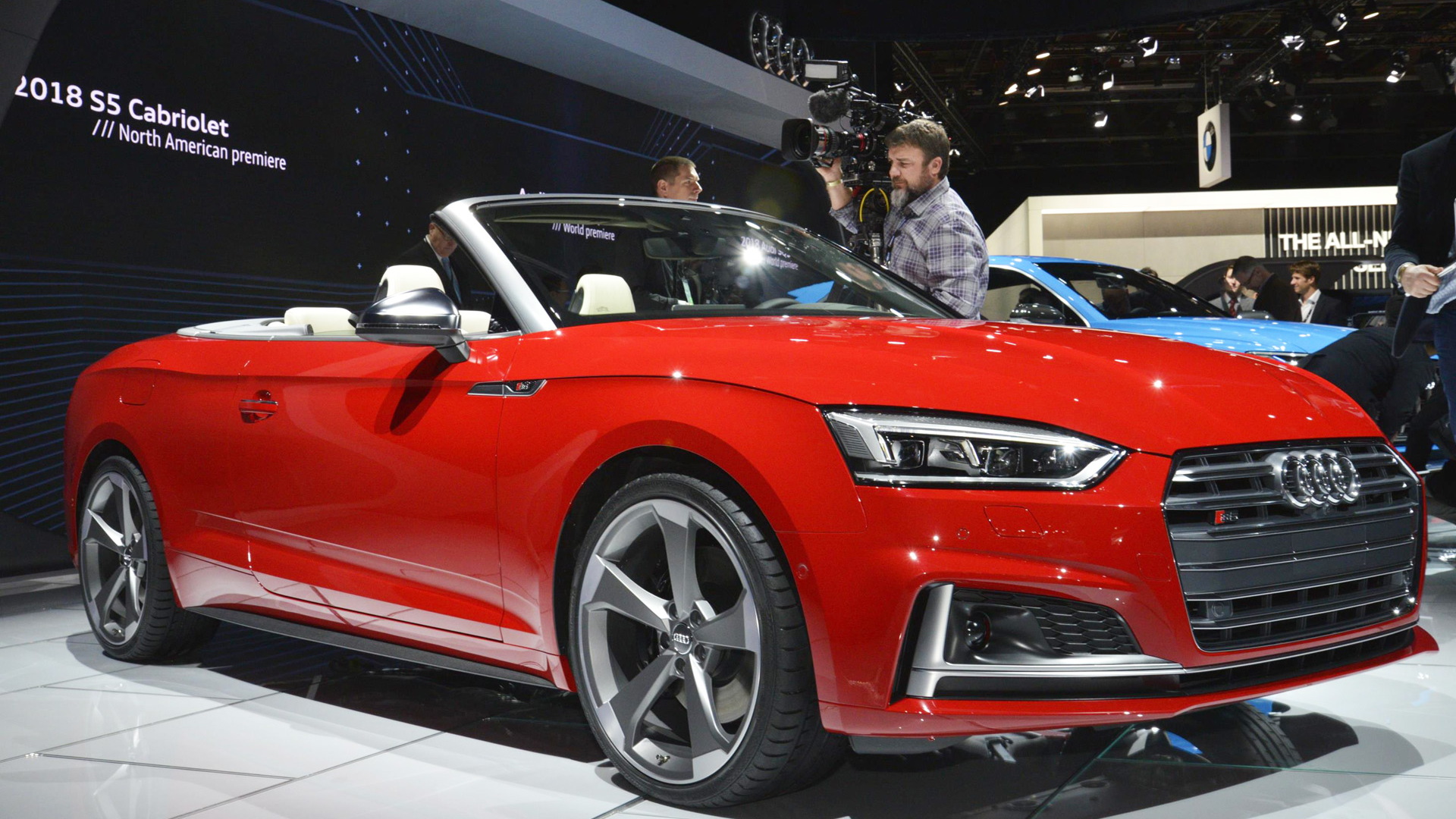 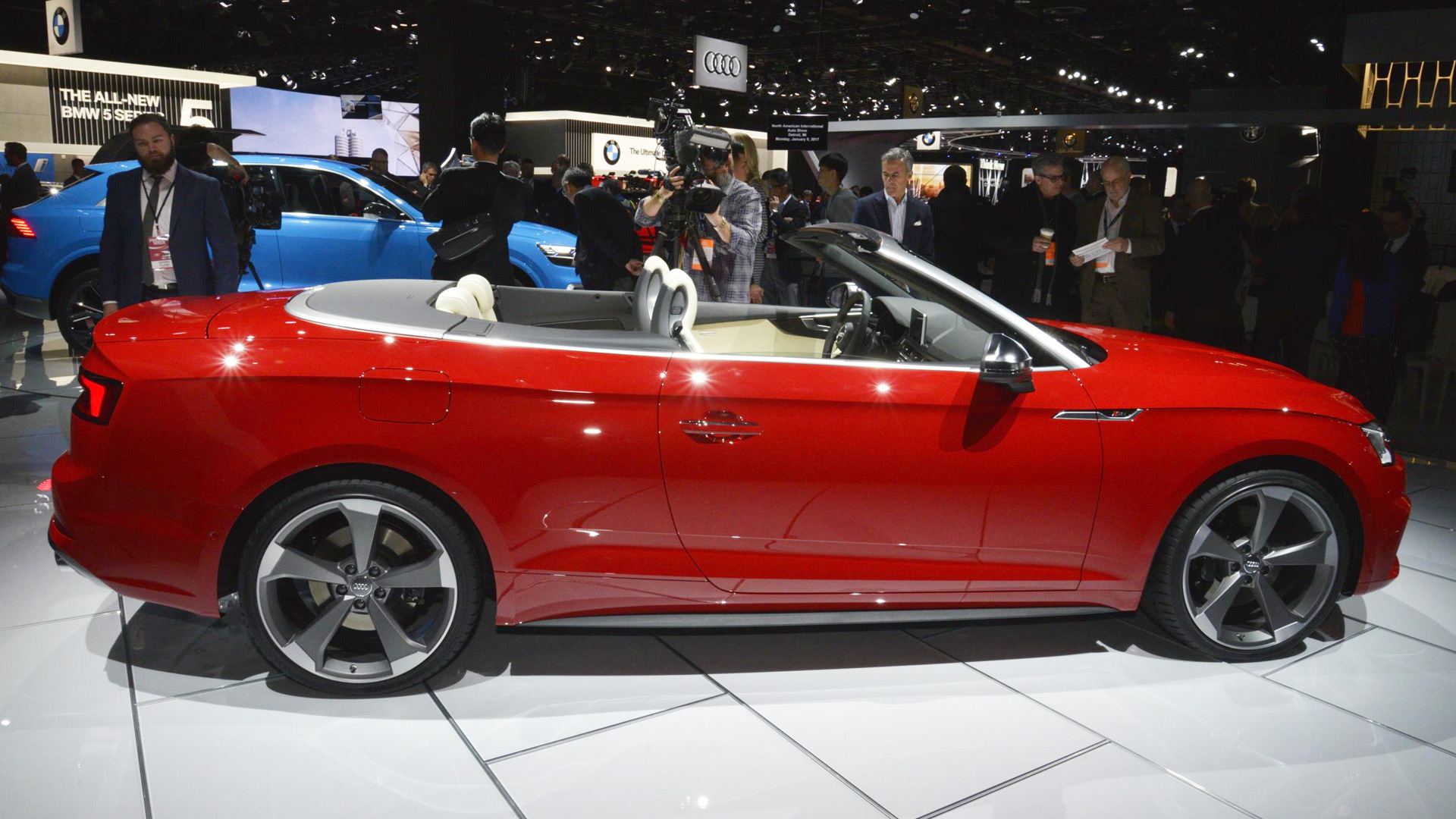 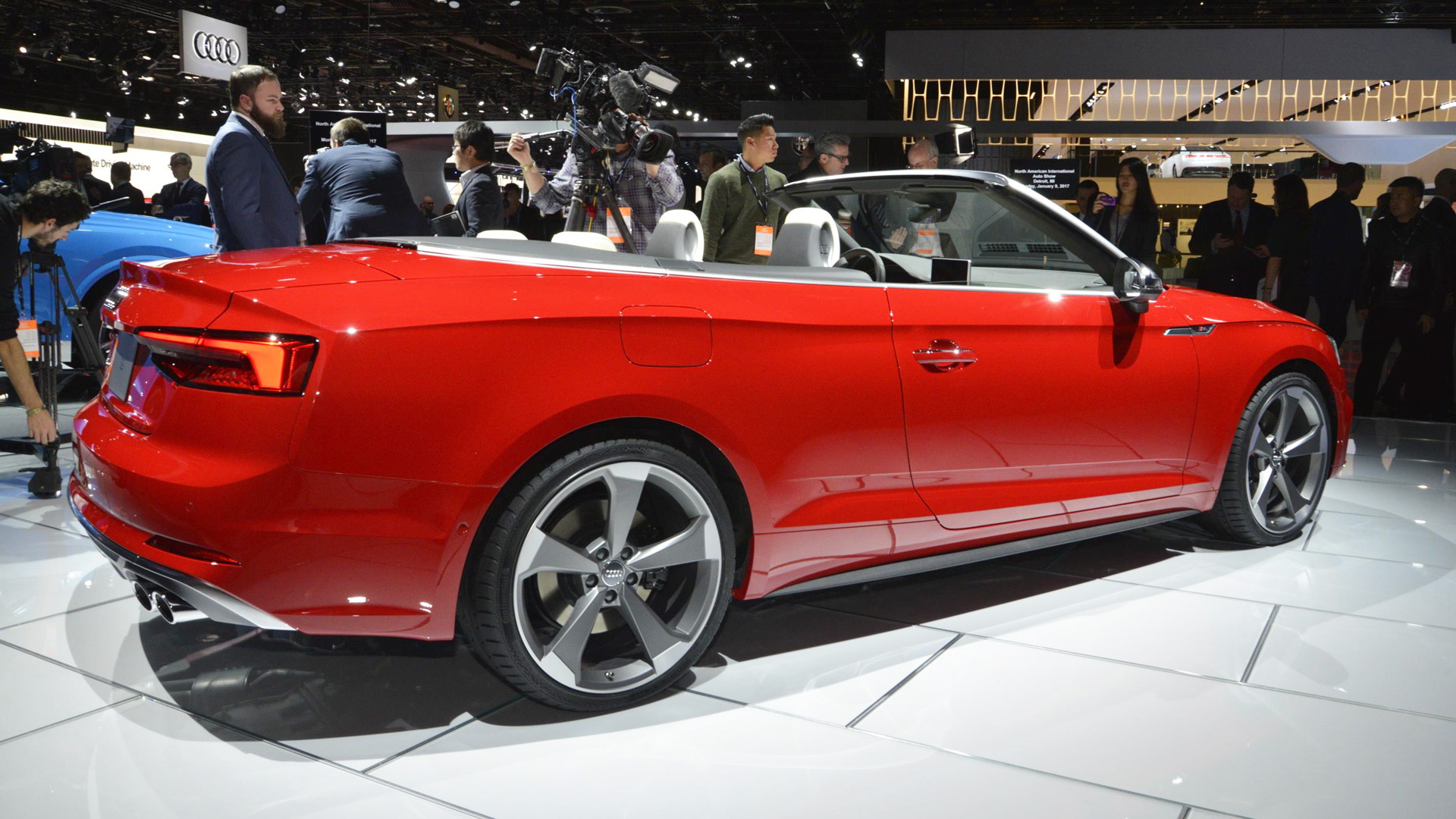 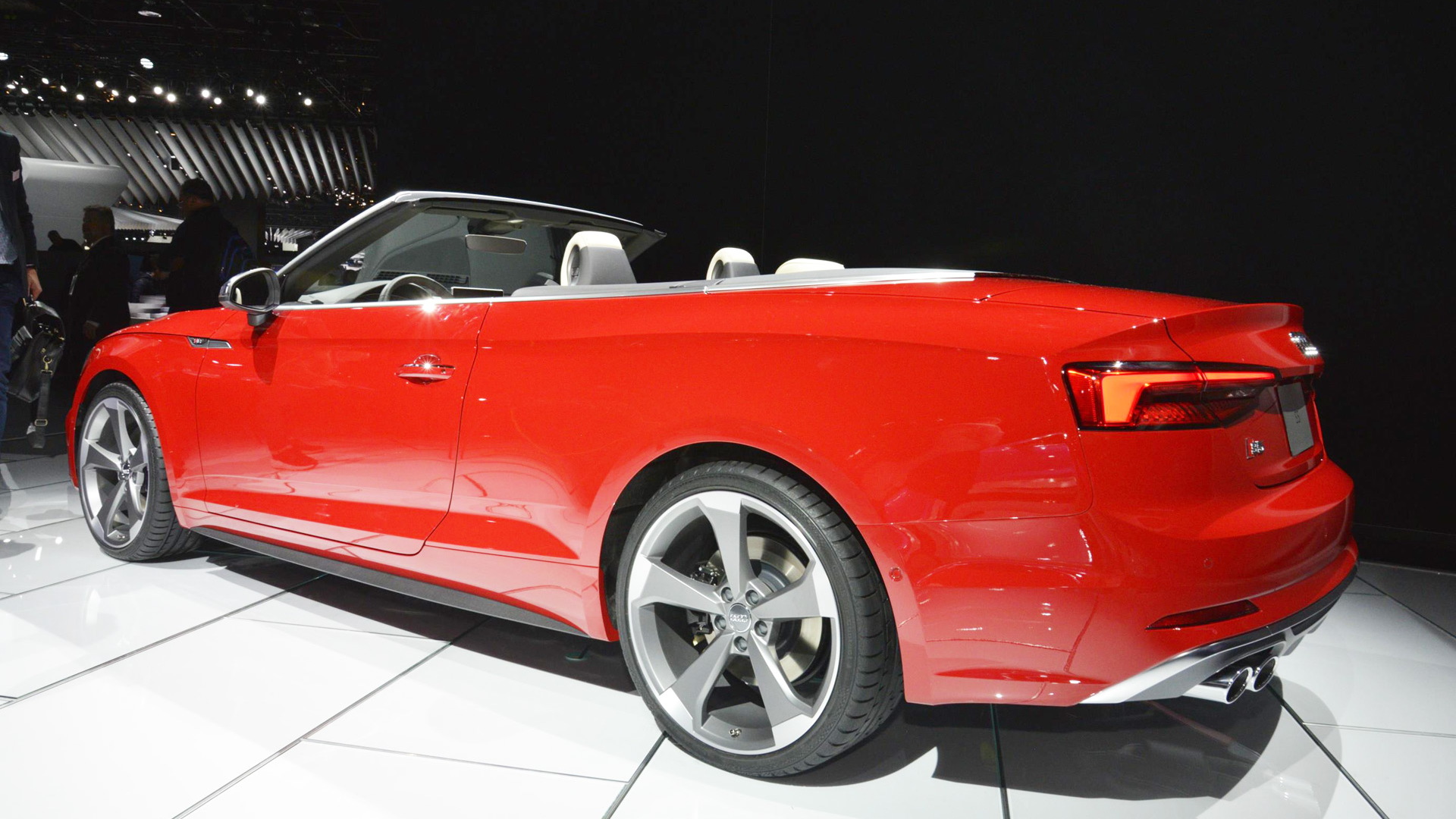 Audi’s redesigned A5 Cabriolet was revealed in early November. It’s now made its first major auto show appearance, which took place on Monday during the 2017 Detroit auto show.

The car appeared in both regular and sporty S5 trim and is due to go on sale during 2017, arriving as a 2018 model. Joining it in showrooms will be the redesigned A5 coupe and A5 Sportback. Both cars will also offer sporty S5 trim.

There are no surprises here regarding the design of the latest A5 Cabrio. Like the predecessor model, the new one dons an automated soft-top roof, padded with extra insulation to ensure it blocks out traffic and wind noise. There is also a new one-touch opening function. Just a quick pull of the switch is all it takes to open the roof in 15 seconds or close it in 18 seconds—even while driving at speeds of up to 31 mph.

All-wheel drive is standard but there are two powertrains to choose from. A turbocharged 2.0-liter inline-4 delivering 252 horsepower and 273 pound-feet of torque will power the A5 Cabrio and a turbocharged 3.0-liter V-6 delivering 354 hp and 369 lb-ft will power the S5 Cabrio. With the latter, owners can expect 0-60 mph acceleration in 4.8 seconds and a governed top speed of 155 mph. Further down the track we should see a new generation of the RS 5 Cabrio.

Underpinning the car is the latest version of the Volkswagen Group’s MLB platform designed for front-wheel-drive cars with longitudinally-mounted engines. Thanks to an intelligent mix of materials in the construction, weight is down despite the car’s size and stiffness being up.

It’s still no lightweight, though. The lightest version is about 3,725 pounds. (Audi quotes savings of 55 lb for the A5 Cabrio and 99 lb for the S5 Cabrio compared to the respective predecessor models.)

In the cabin, you’ll find technologies like a digital instrument cluster, head-up display, and seat belt microphones for voice control—even with the roof down. Speaking of which, there’s around 13.4 cubic feet of storage in the trunk with the roof down and this can be expanded thanks to split-fold rear seats.