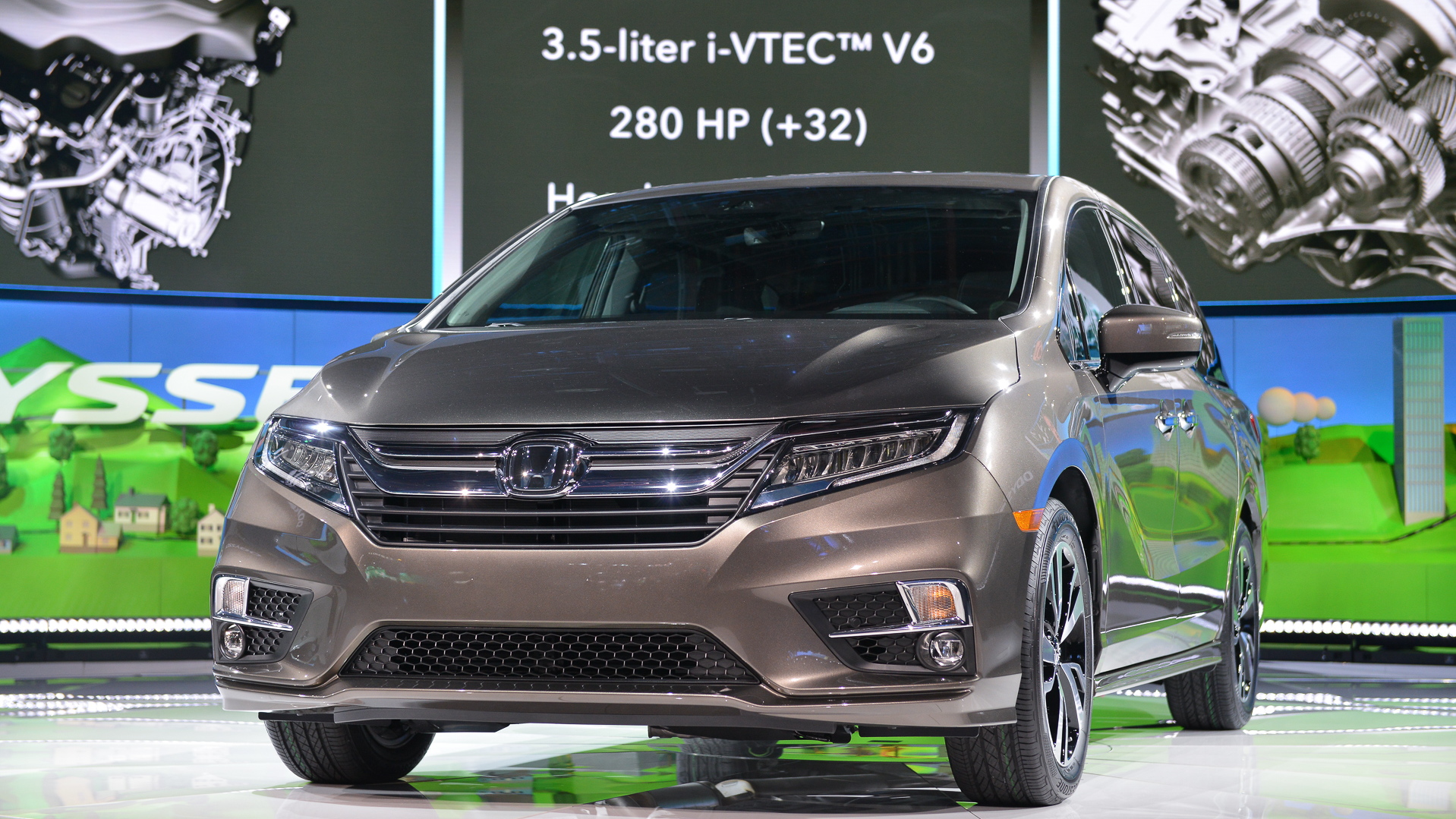 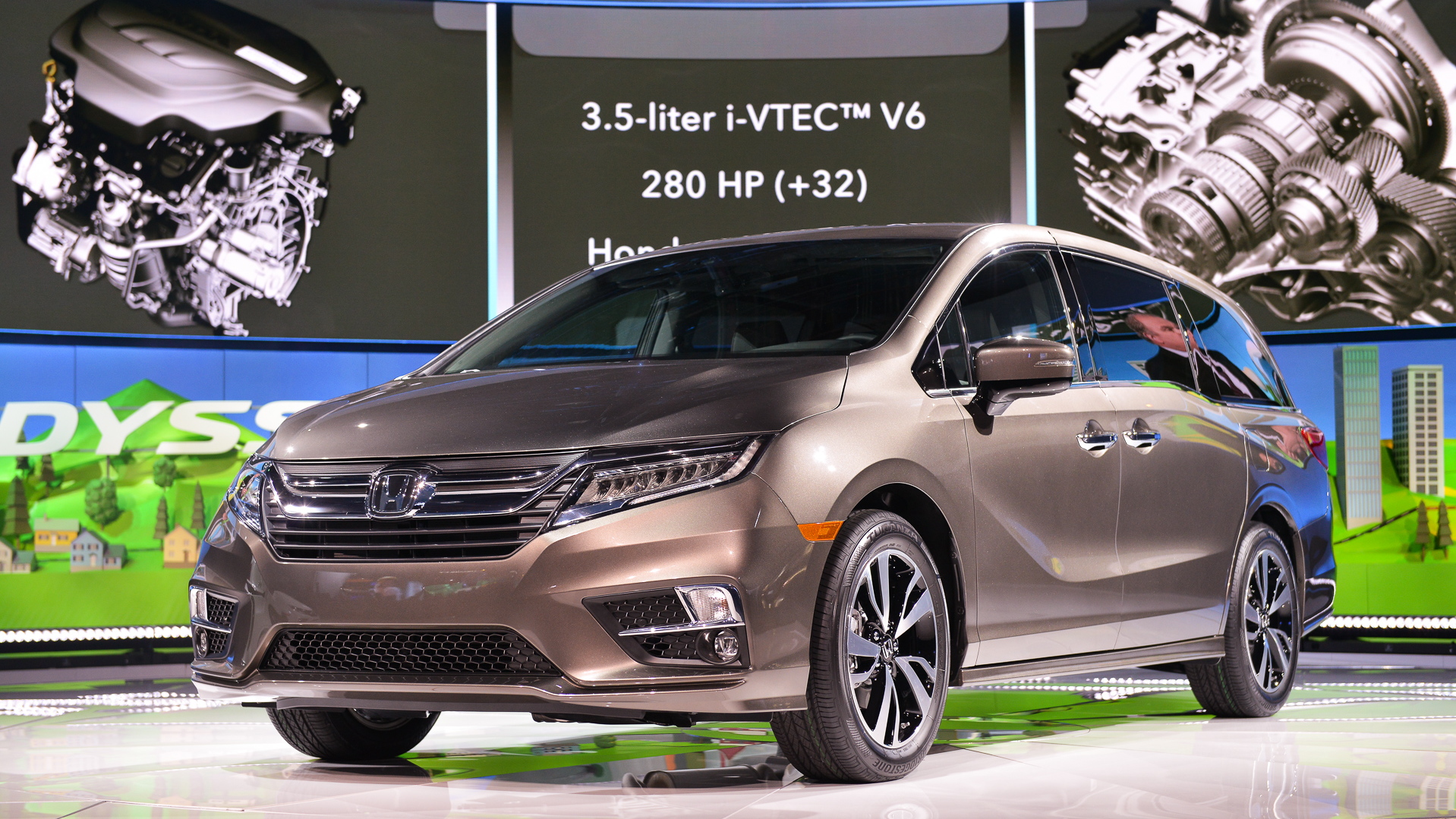 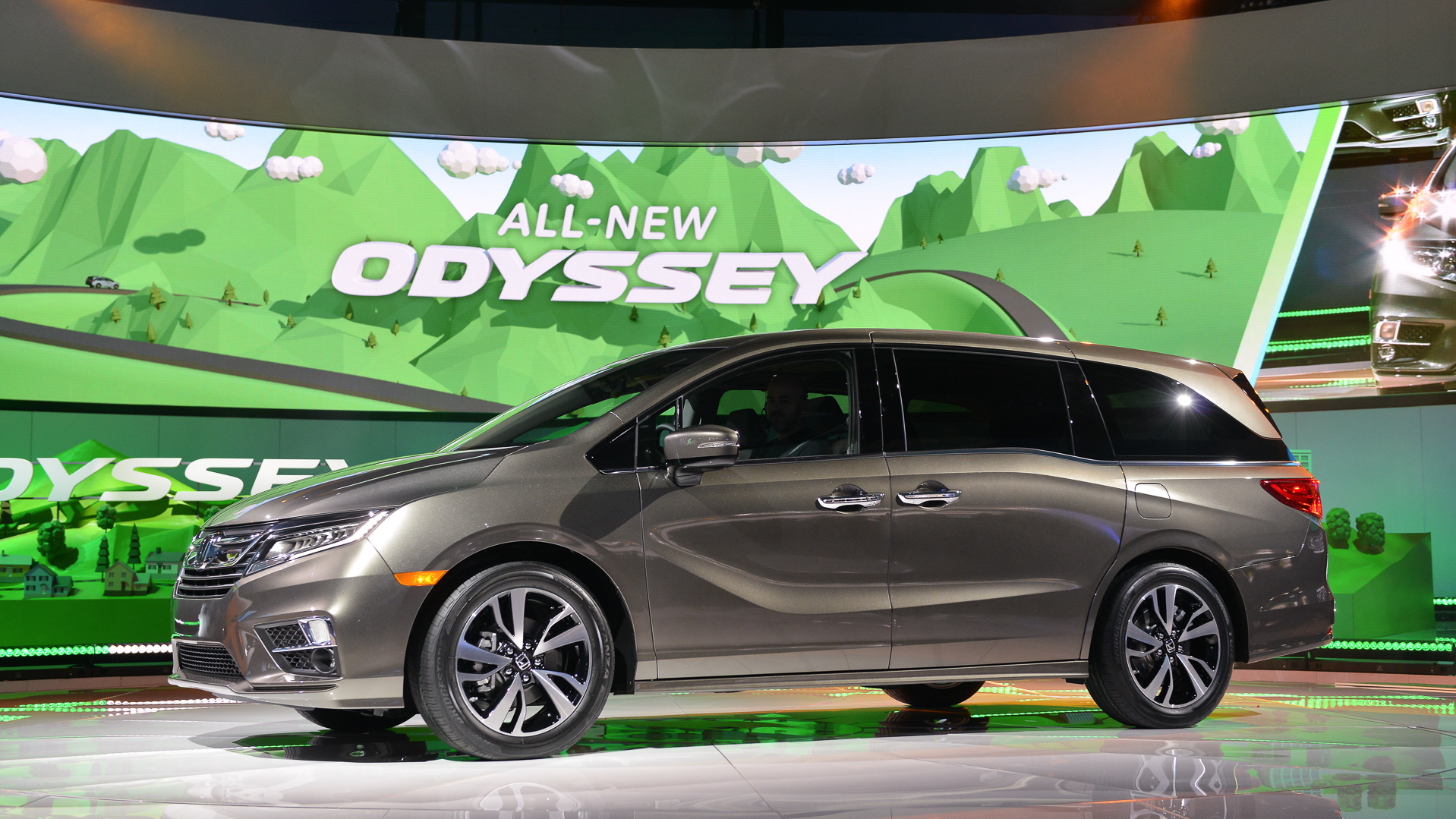 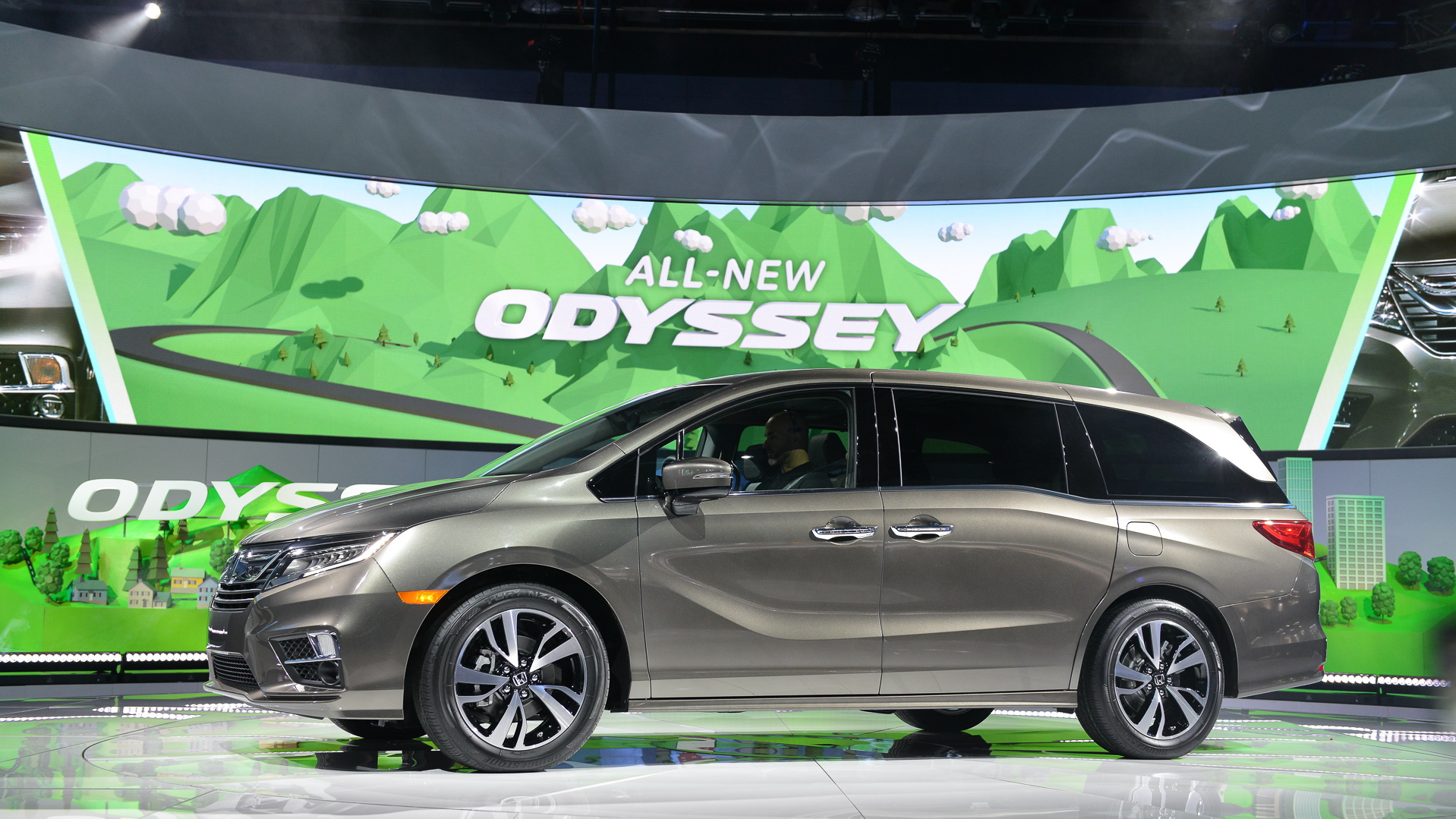 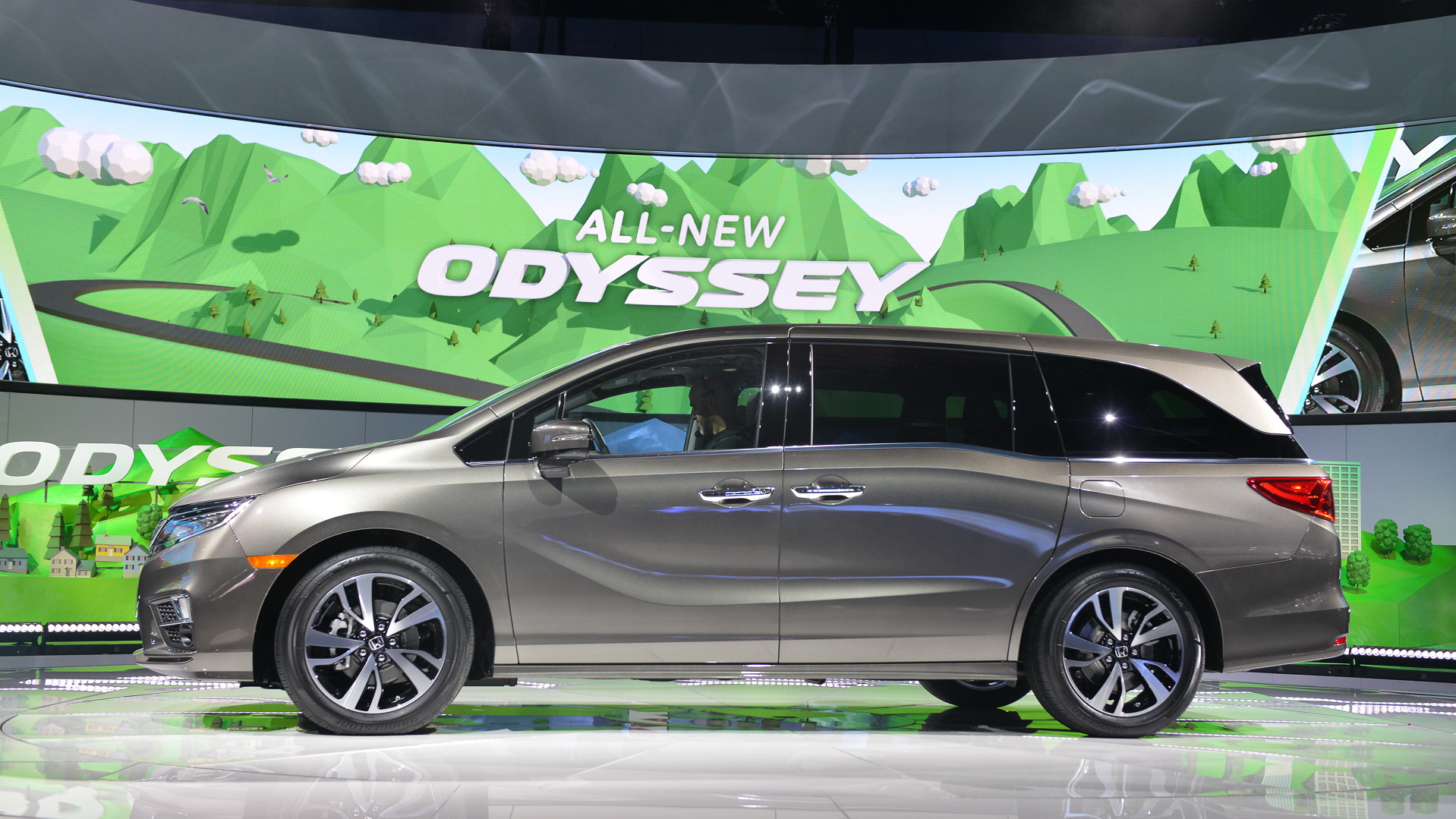 Honda on Monday unveiled its redesigned Odyssey at the 2017 Detroit auto show.

The minivan will arrive in showrooms this year, as a 2018 model, replacing the current Odyssey which has been on sale since 2011. It represents the fifth generation of the North American-market Odyssey.

The redesigned Odyssey features a sporty design complete with a roof-mounted rear spoiler. The roof itself also adopts the popular “floating” design where part of the pillar furthest to the rear is blacked out.

Power once again comes from a 3.5-liter V-6, this time rated at 280 horsepower instead of the current model’s 248 hp. Oddly, buyers have the choice of two transmissions. The base option is a 9-speed automatic that we’ve already seen in latest Pilot SUV. The alternative, found in higher trim levels, is a 10-speed automatic that Honda says will offer “more confident and refined performance.”

What we would have liked to have seen is a hybrid option, as offered in the much more handsome Chrysler Pacifica—the 2017 North American Utility of the Year winner.

What Honda wants you to get excited about is its new Magic Slide second-row seat which allows for easy reconfiguration depending on your need, whether it be accessing the third row even with one or two child seats already installed in row two, or the traditional use where the driver's side seat is slid fully forward with the seatback tilted forward for easy access to the third row.

Also in the cabin, you’ll find some connectivity options that will make it easy to keen eye on those in the back. One of these is CabinWatch, which uses a camera to monitor the rear two rows, projecting the image on a display screen at the front. There’s also CabinTalk which enables the driver or front-seat passenger to easily talk to second- and third-row passengers though the speaker system.

Pricing information will be announced closer to the market launch. Production will take place at Honda’s plant in Lincoln, Alabama.