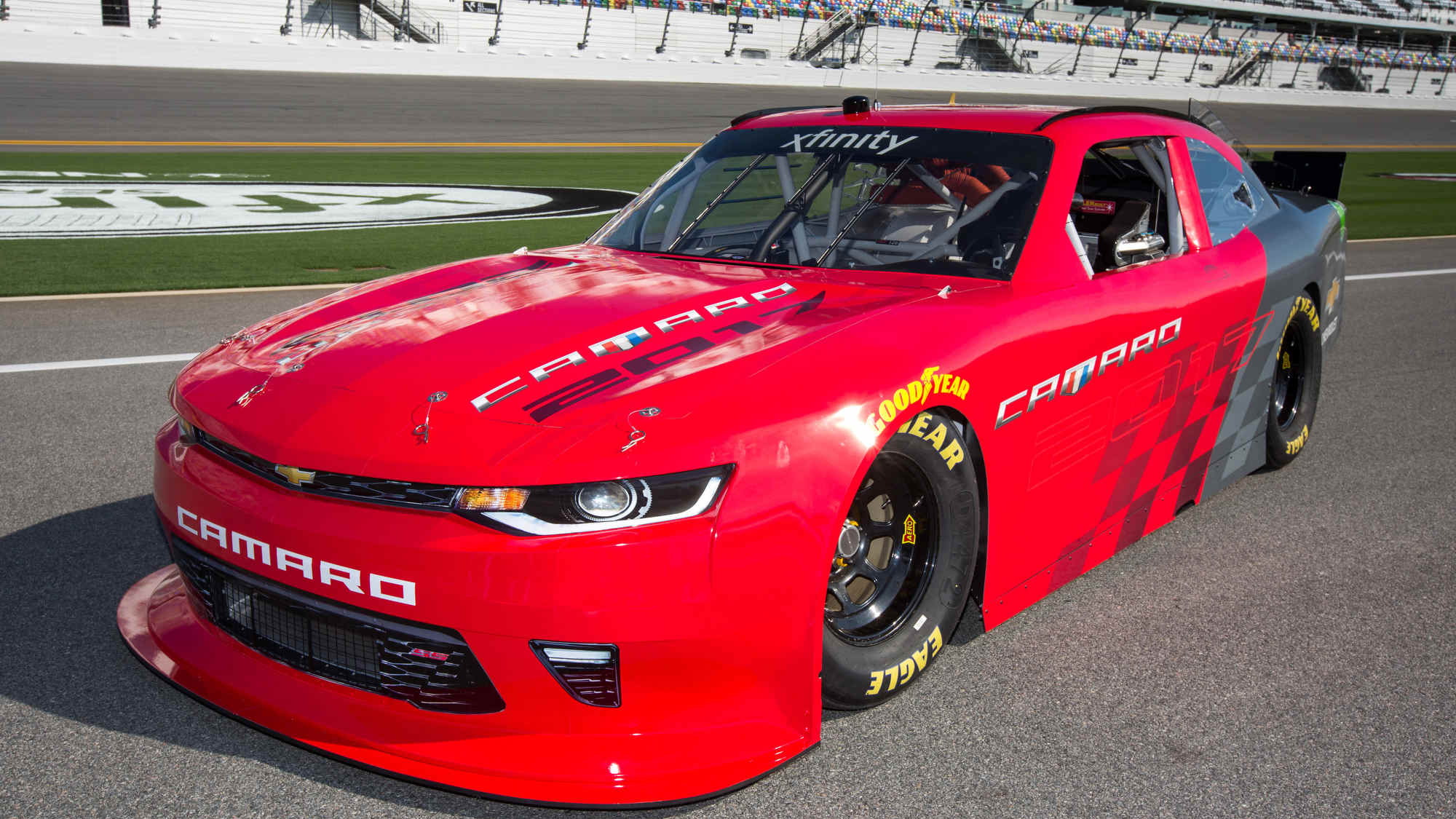 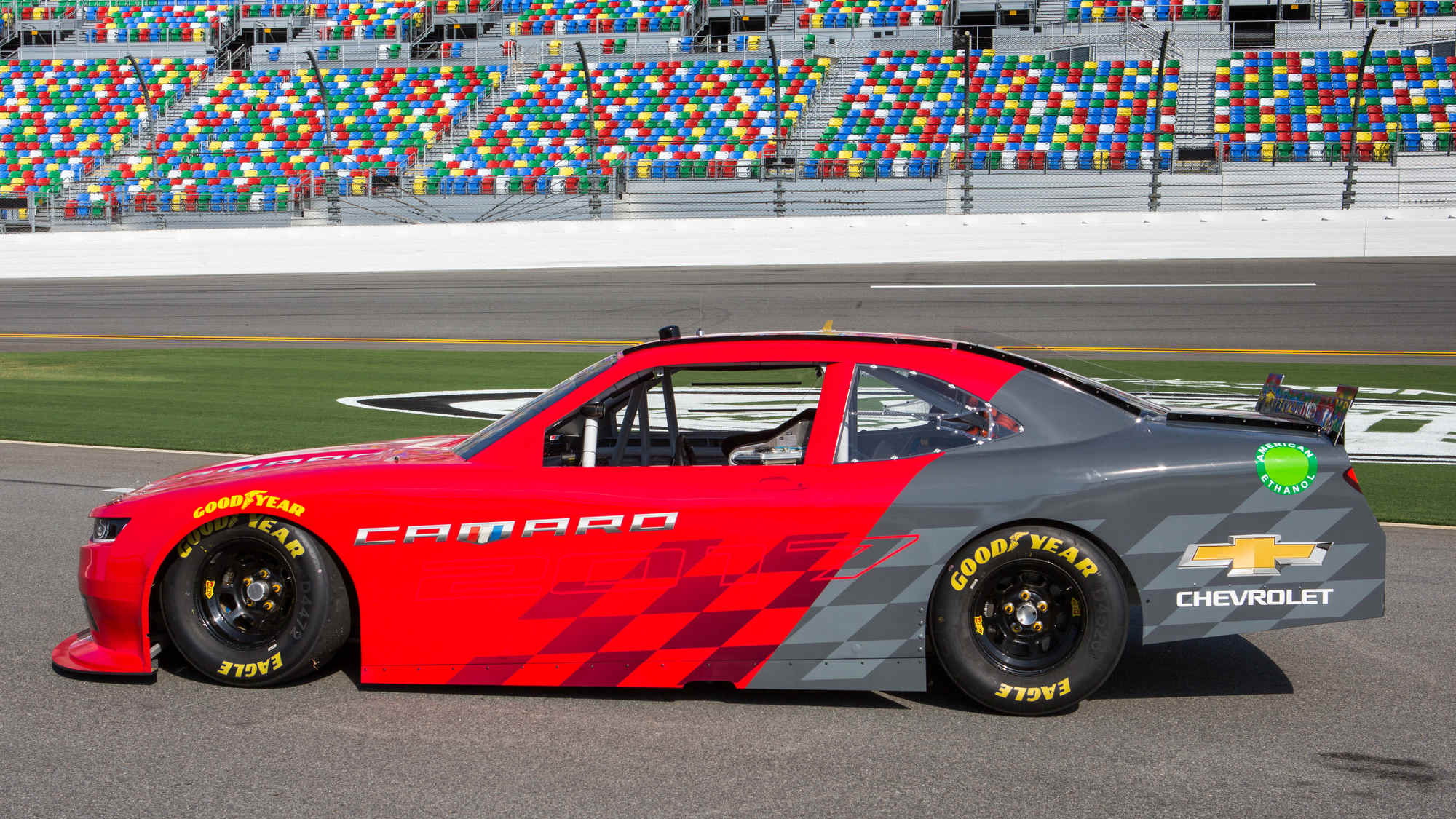 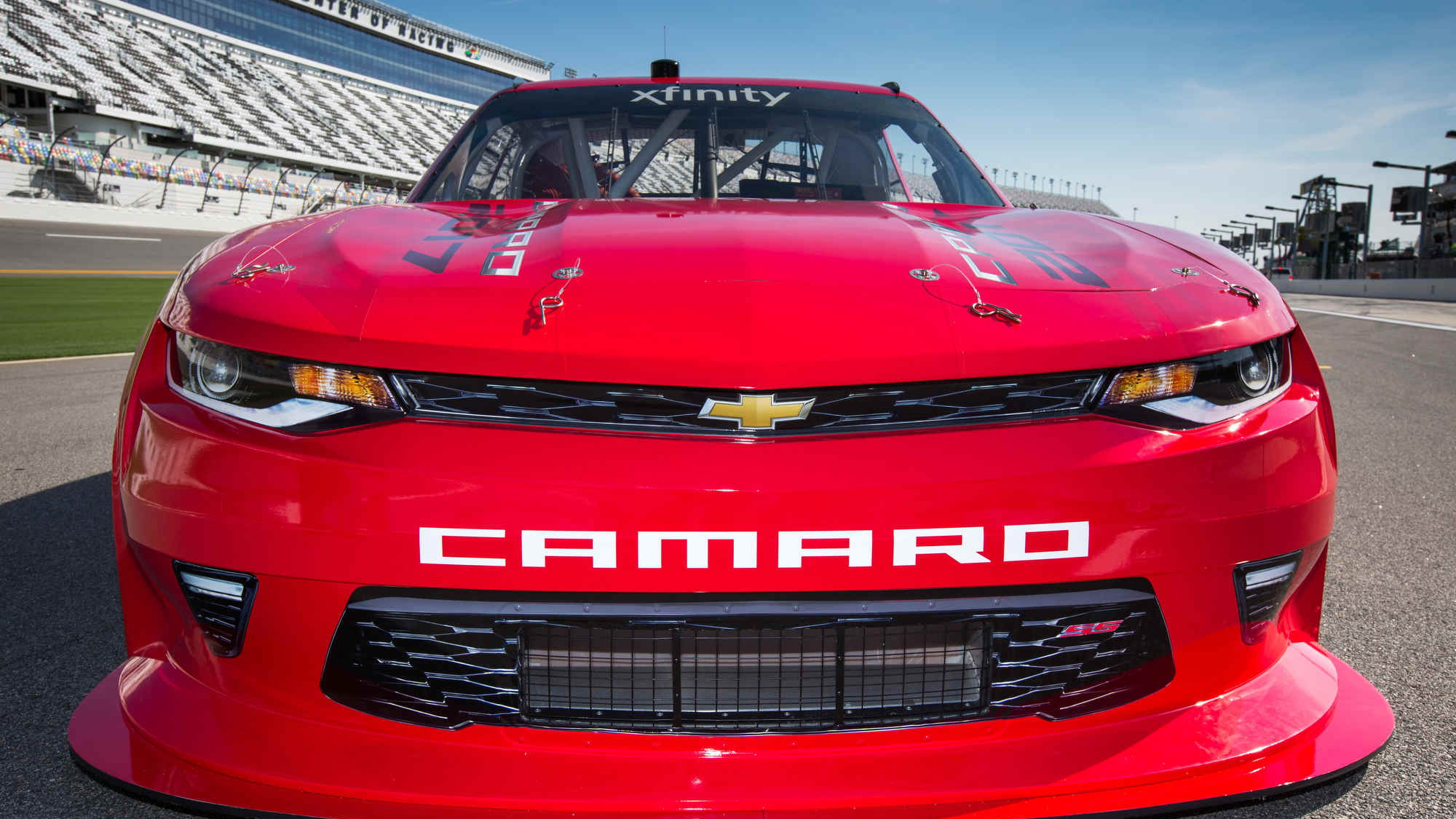 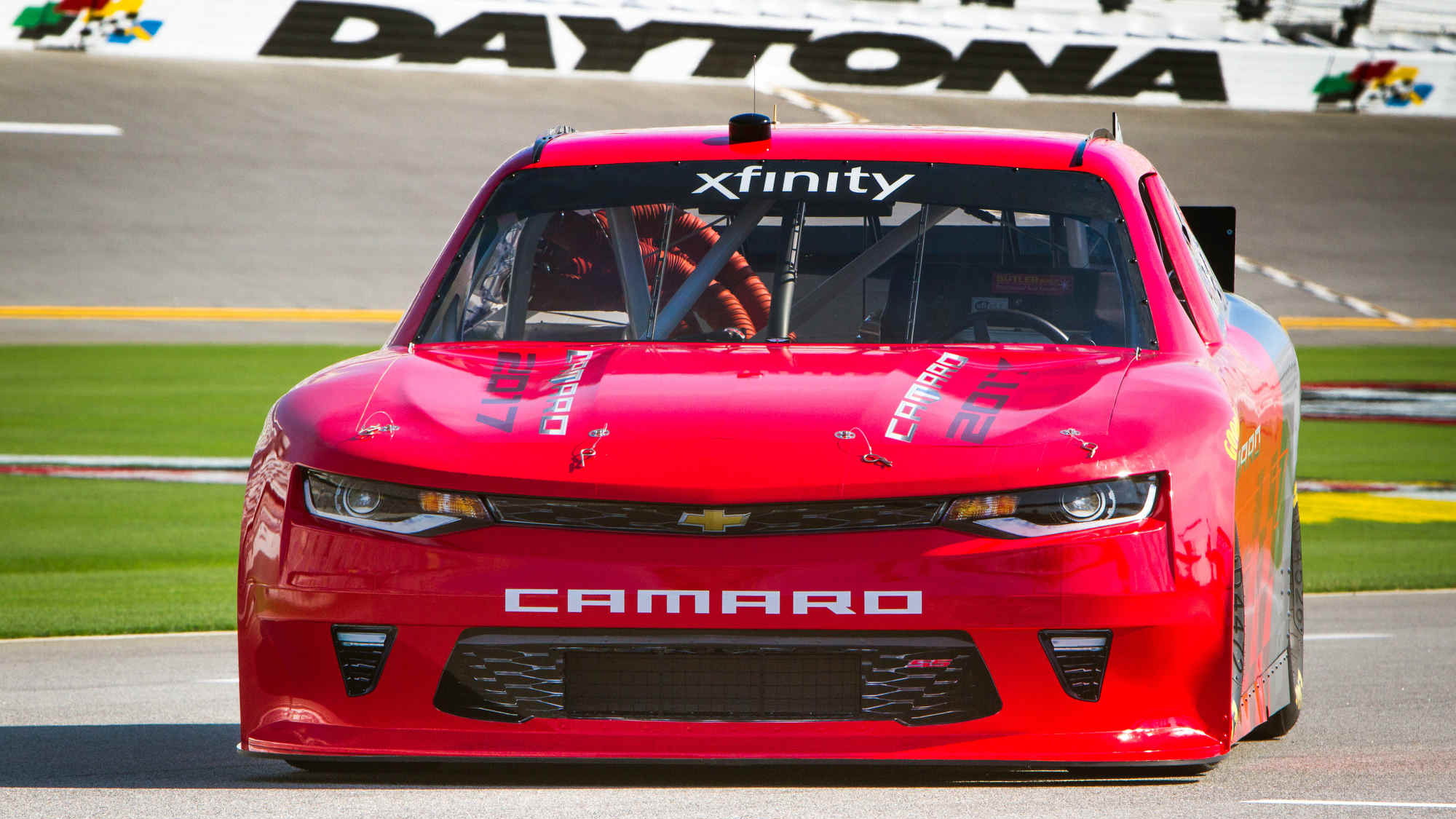 Chevrolet today announced that the sixth-generation of the Camaro, which was introduced last year as a 2016 model, will be the brand's car of choice next year in the NASCAR Xfinity Series.

The car will be marked as an SS model, even though it will share nothing in common with the street car except elements of the look, especially at the front end. Chevrolet says that computational fluid dynamics analysis and wind-tunnel testing were used to refine the shapes of the upper nose and hood.

"For the past 50 years, Camaro has played a key role in Chevrolet's racing success in winning races and championships," said Mark Kent, director of Chevrolet Racing. "We look forward to further success with the new Camaro SS in the NASCAR XFINITY Series."

The Xfinity Series is the feeder level for NASCAR's top rung, the Sprint Cup Series. It was formerly known as the Nationwide Series (2008-2014), the Busch Series (2004-2007), and the Busch Grand National Series (1982-2003). Chevrolet's current car is the fifth-generation Camaro, which has run in the series since 2013. Elliott Sadler, who is currently second overall, is the Chevrolet points leader.

The new Camaro was shown today at Daytona International Speedway prior to the Subway Firecracker 250 Presented by Coca-Cola. The car's first race will be next February at the season-opening race, also at Daytona.