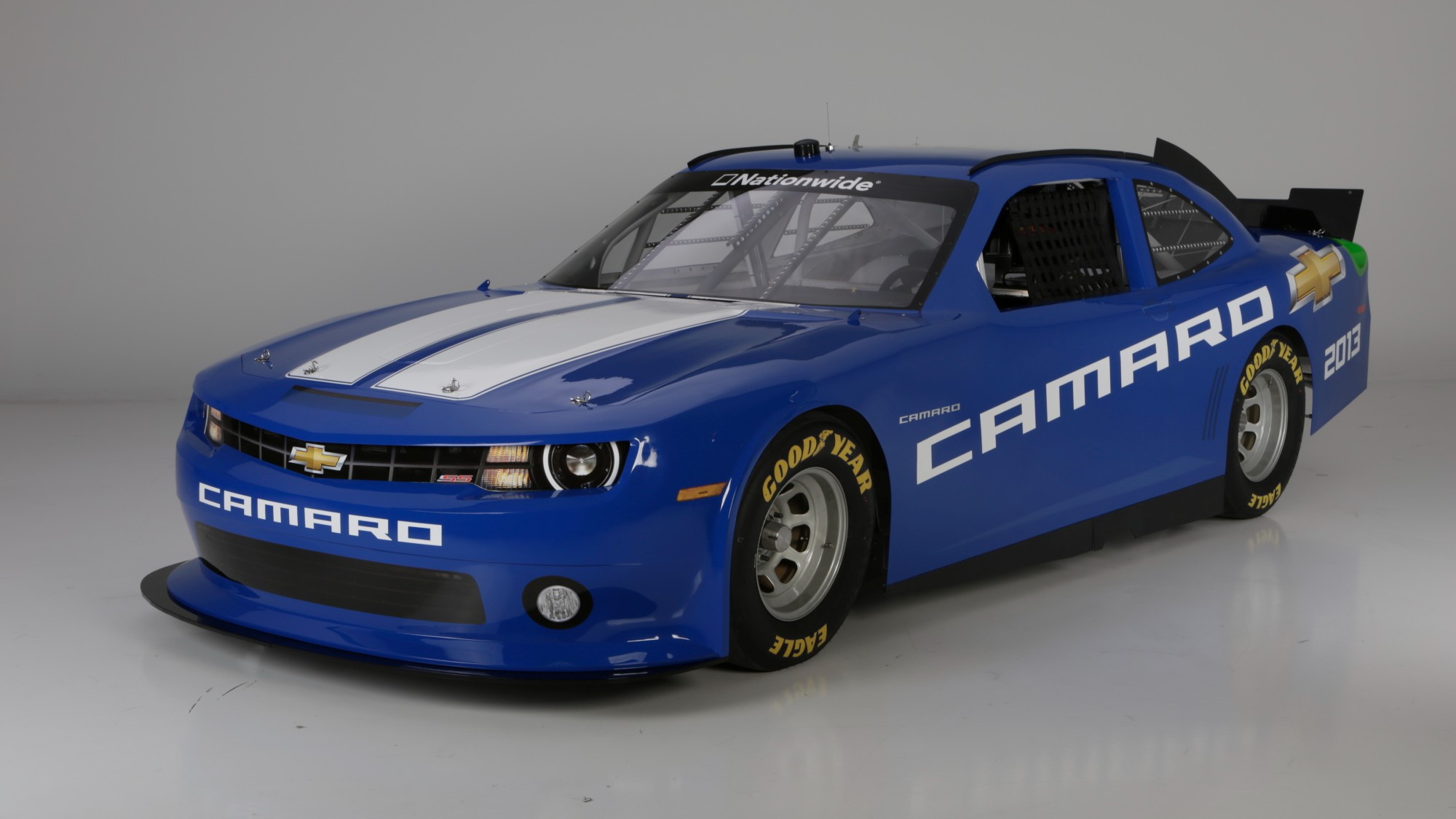 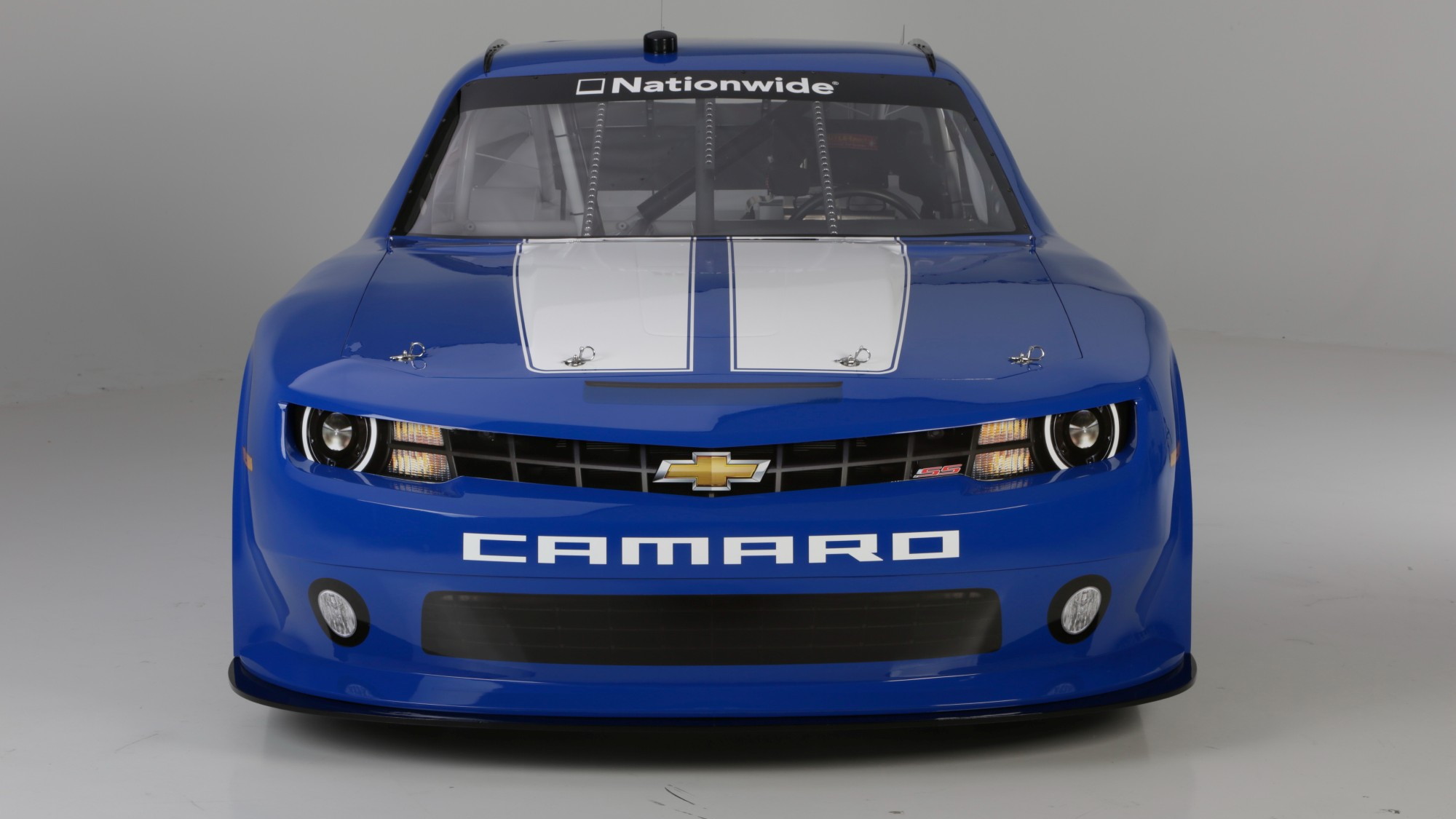 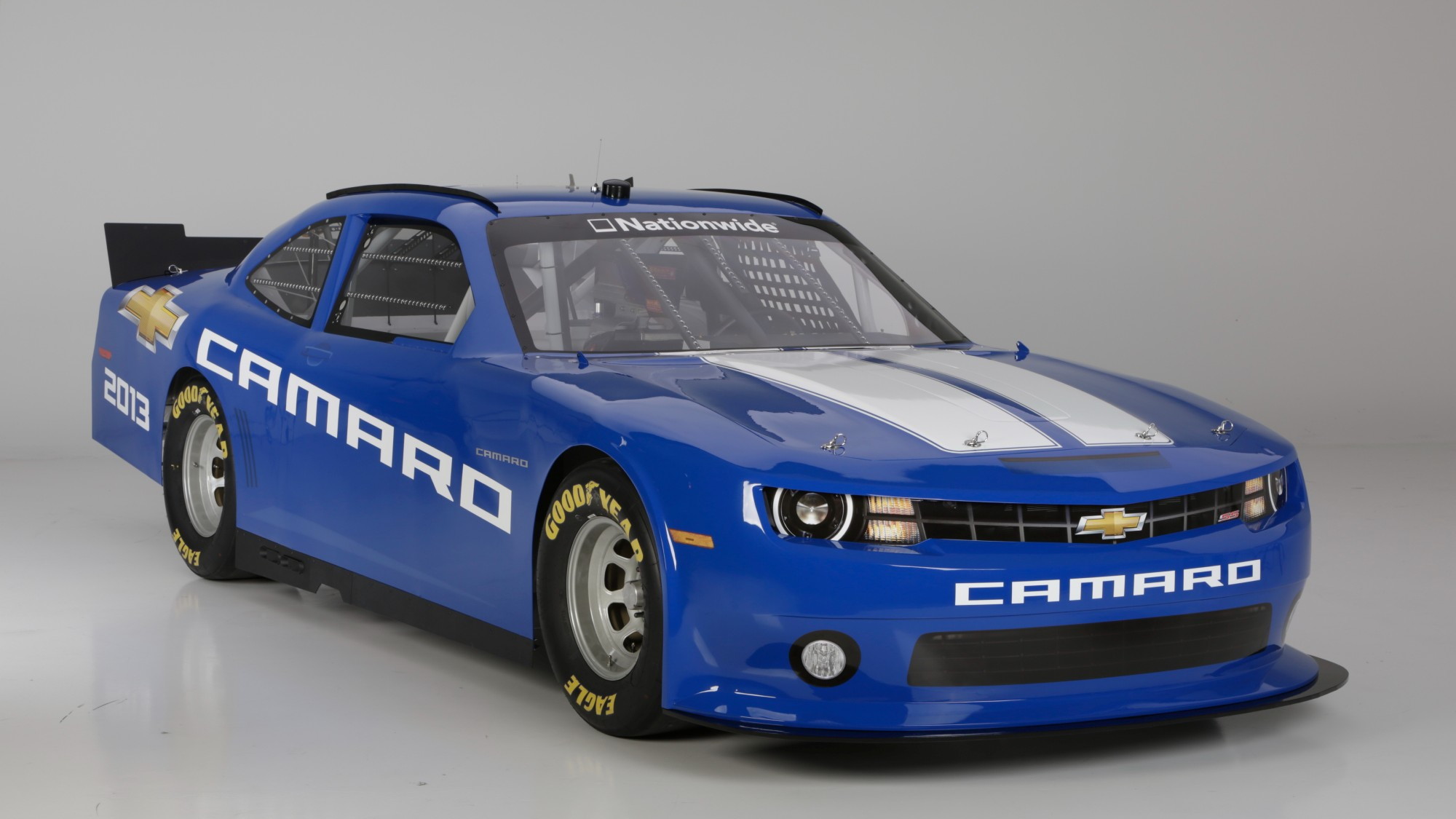 3
photos
With Ford's 2013 Fusion NASCAR racer already digitized for CFD testing, and the 2013 Dodge Charger NASCAR showing off as well, it's about time Chevy let loose its NASCAR Camaro. Like the others, the Chevy uses the new rules for 2013 to end up with a car that more closely resembles the actual production Camaro--though it's still a long way from identical.

Unlike the race cars from Dodge and Ford, however, this isn't Chevy's Sprint Cup entry. It's made for Nationwide Series competition, and accordingly, it's built to a different formula.

As Jim Campbell, vice president of Chevrolet performance vehicles and motorsports put it, "The Camaro Nationwide race car incorporates many of the distinctive styling elements of the production Camaro, including the unique power-bulge hood and deep recessed grille. In addition, the design incorporates the distinctive halo light rings and dual-port grille appearances, and the gold bowtie."

The new car will make its debut at Daytona, the first race of the 2013 Nationwide calendar. In the mean time, Chevy says its engineers will be putting the car through wind tunnel and on-track testing to get it sharpened up for the pointy end of competition next year. The 2013 Camaro Nationwide car has already been in development for a year.