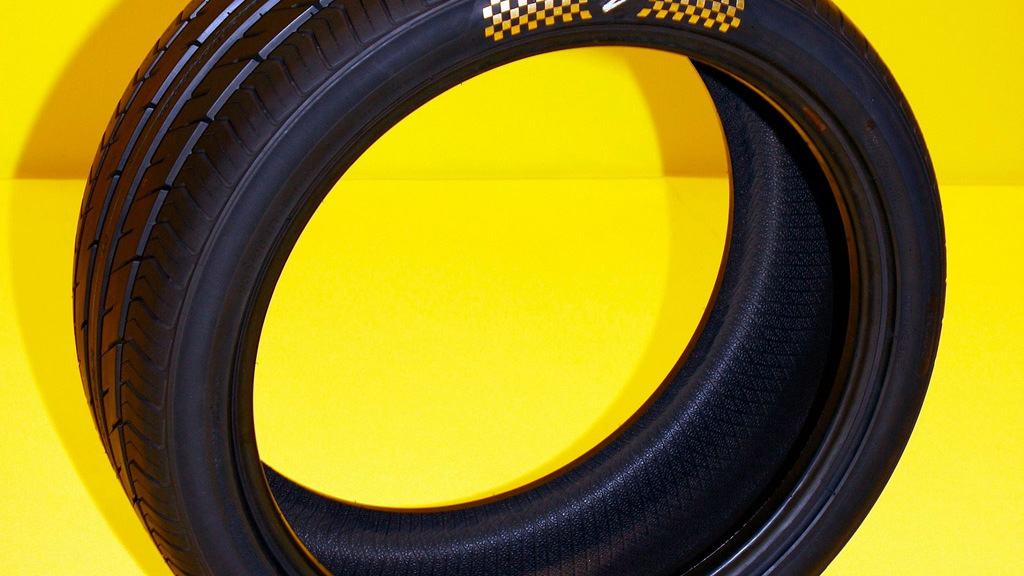 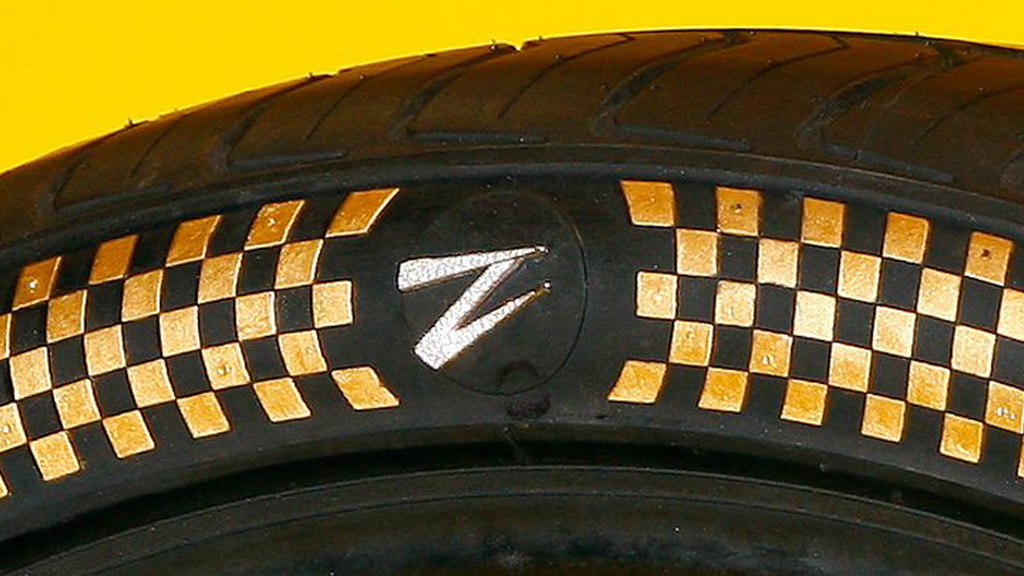 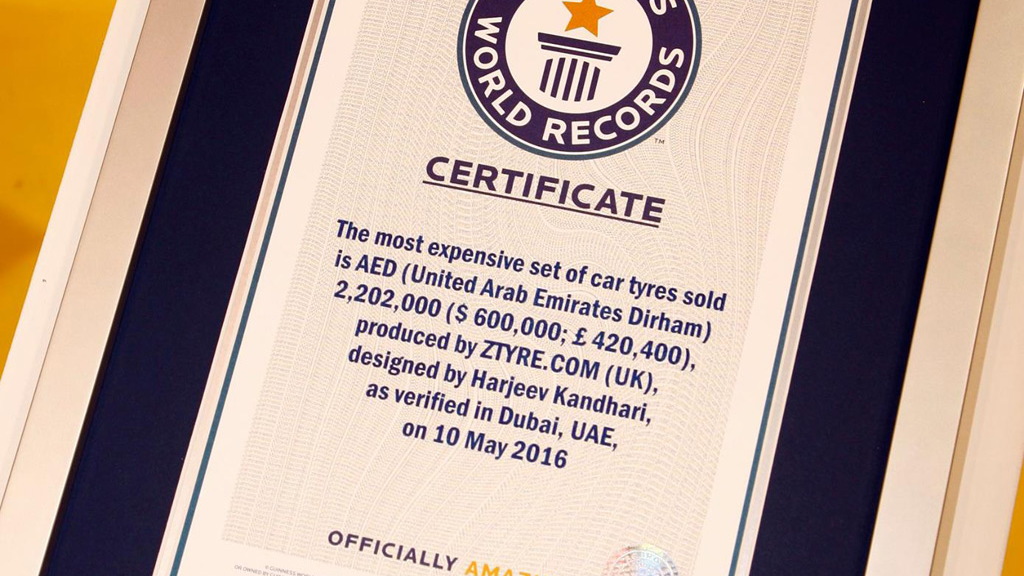 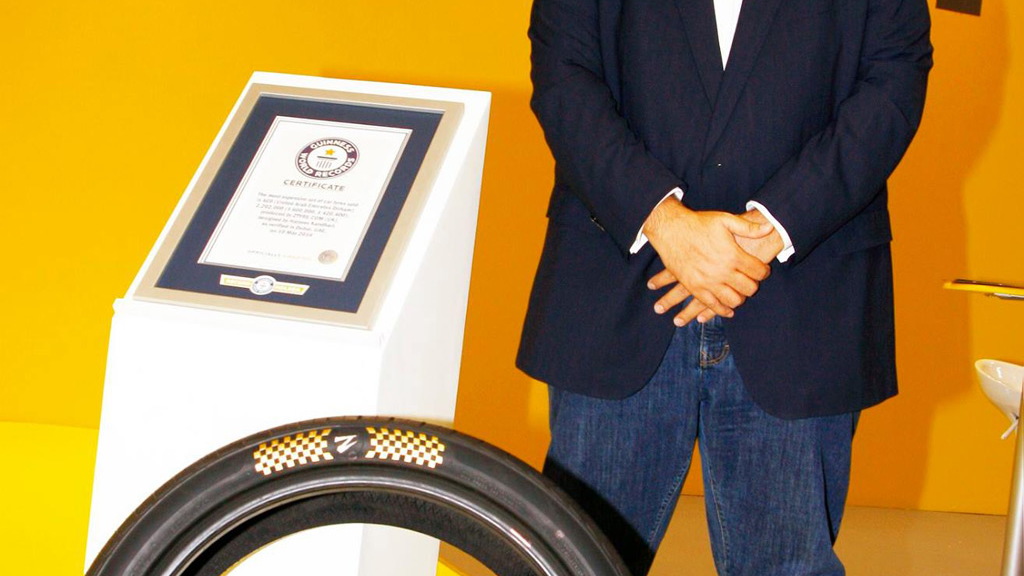 A company based in the United Kingdom has unveiled the world’s most expensive car tire.

A set of the special tires, which are based on the Z Tire performance rubber from Zenesis, will set you back a staggering $600,000.

To justify the price, Zenesis has added diamonds and gold leaf to the surface and boasts that some of the folks that helped decorate official buildings in Abu Dhabi were involved in the project.

And since someone has actually bought a set, officials at Guinness have recognized Zenesis in its record books. To qualify, Zenesis had to show that its tire was available for sale and could function properly on a car.

Just don’t expect to see the tires at your local Tire Rack anytime soon: They are only available as a special order and according to Zenises CEO Harjeev Kandhari the first set was commissioned for a “unique buyer” in Dubai. Kandhari says his company plans to use the proceeds from the sale to support a foundation it’s established to help improve access to education for the disadvantaged.