McLaren's Special Operations will build a glossy, carbon fiber-finished version of the company's 675LT Spider inspired by a similar-finished P1 hypercar it displayed at this year's Geneva Motor Show.

The McLaren Limited Edition MSO Carbon Series LT might have a wordy name, but it is composed of 40 percent more carbon fiber than the existing 675LT Spider.

While McLaren hasn't announced the car's weight, it's safe to say that a few pounds have no doubt been shed.

McLaren says the special edition's retractable roof and tonneau, its A-pillars, its engine cover, and its rear deck are all composed from carbon fiber, adding to a host of panels made from the strong and light material elsewhere on the vehicle.

A special glossy finish covers the carbon fiber for a unique effect, while 650S GT3-inspired functional louvers integrated into the front fenders will also help it stand out.

If you're looking for your own Limited Edition MSO Carbon Series LT, you'll have to wait for them to hit the used market. All 25 set to be built have already been sold. 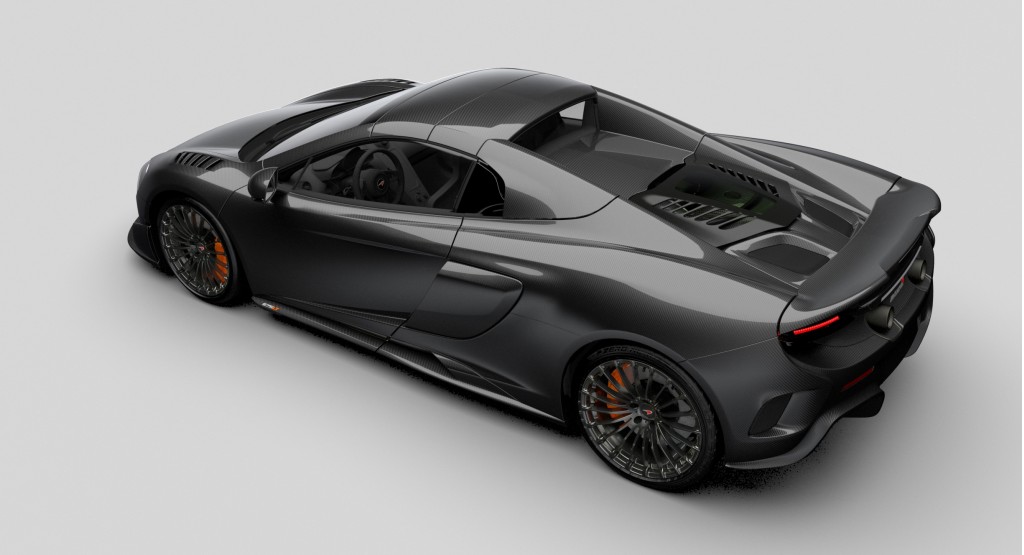