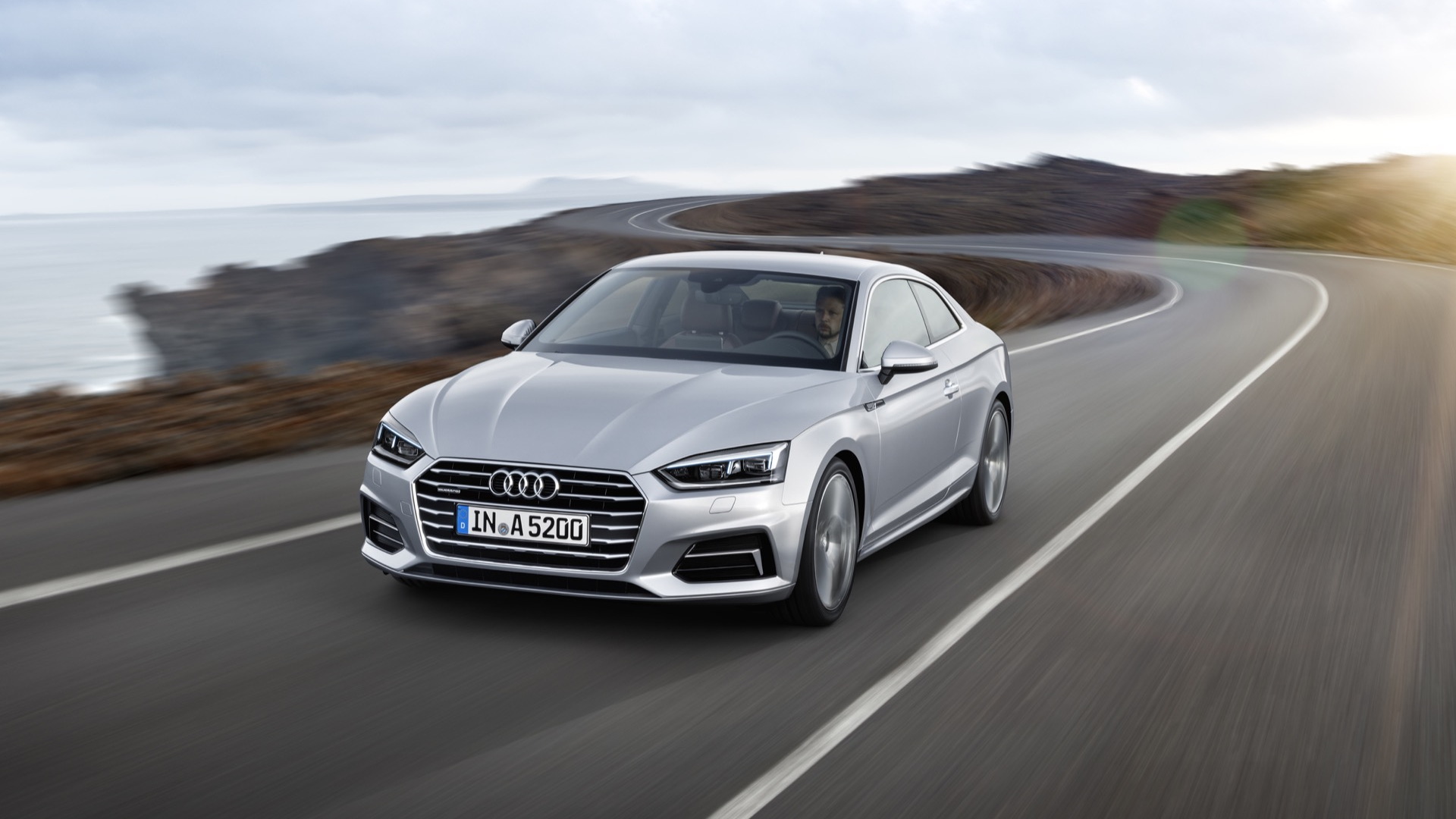 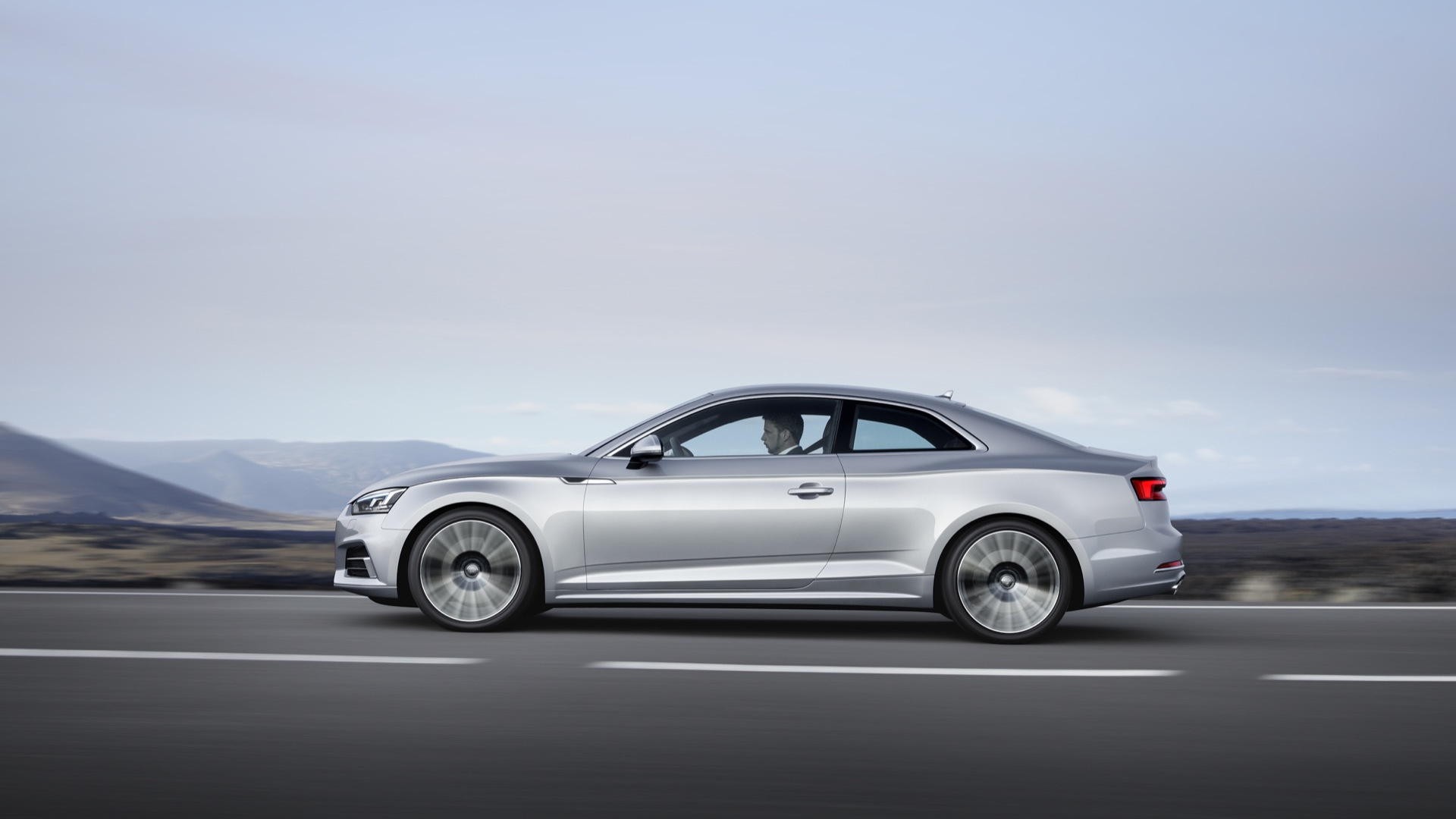 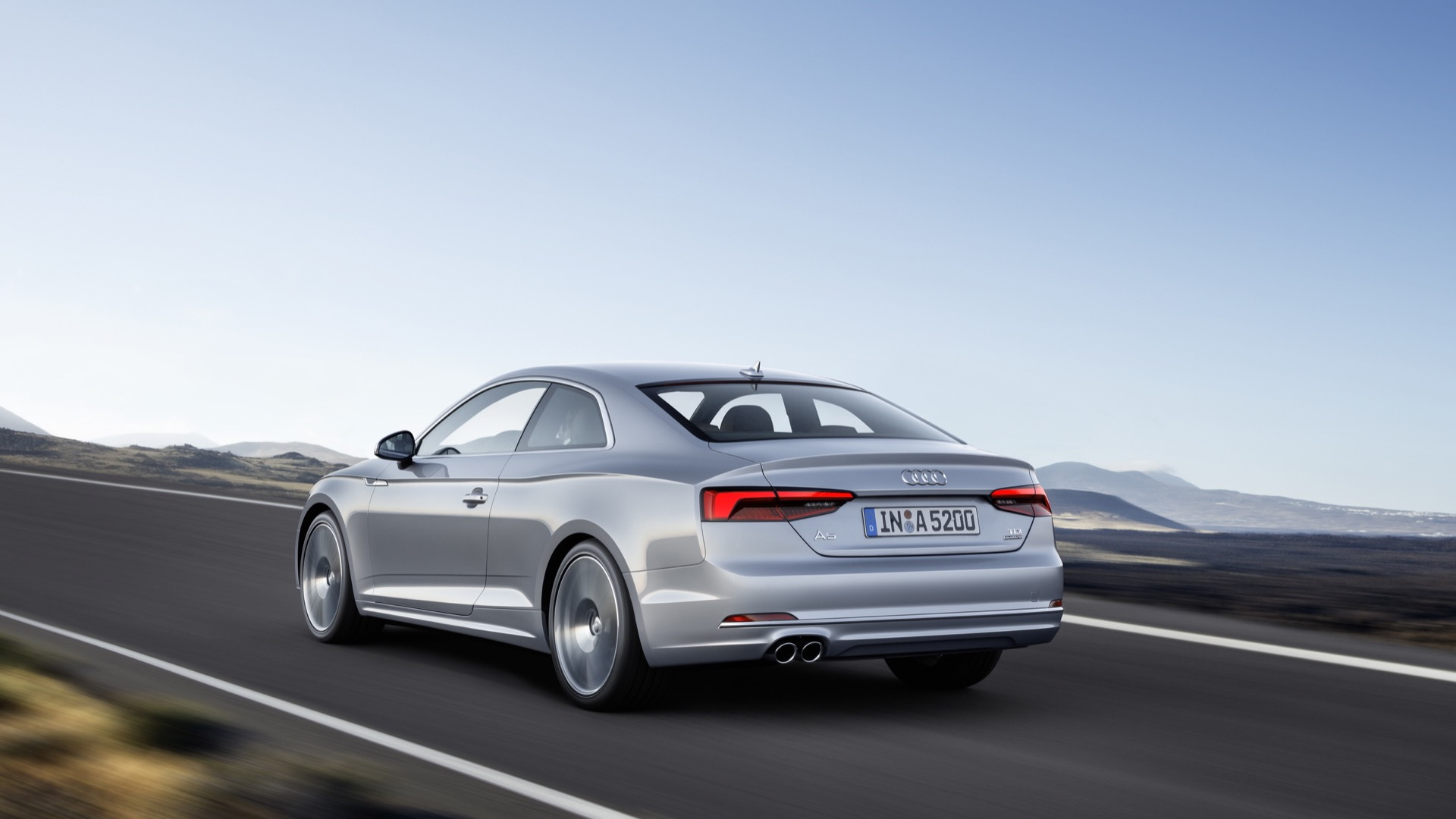 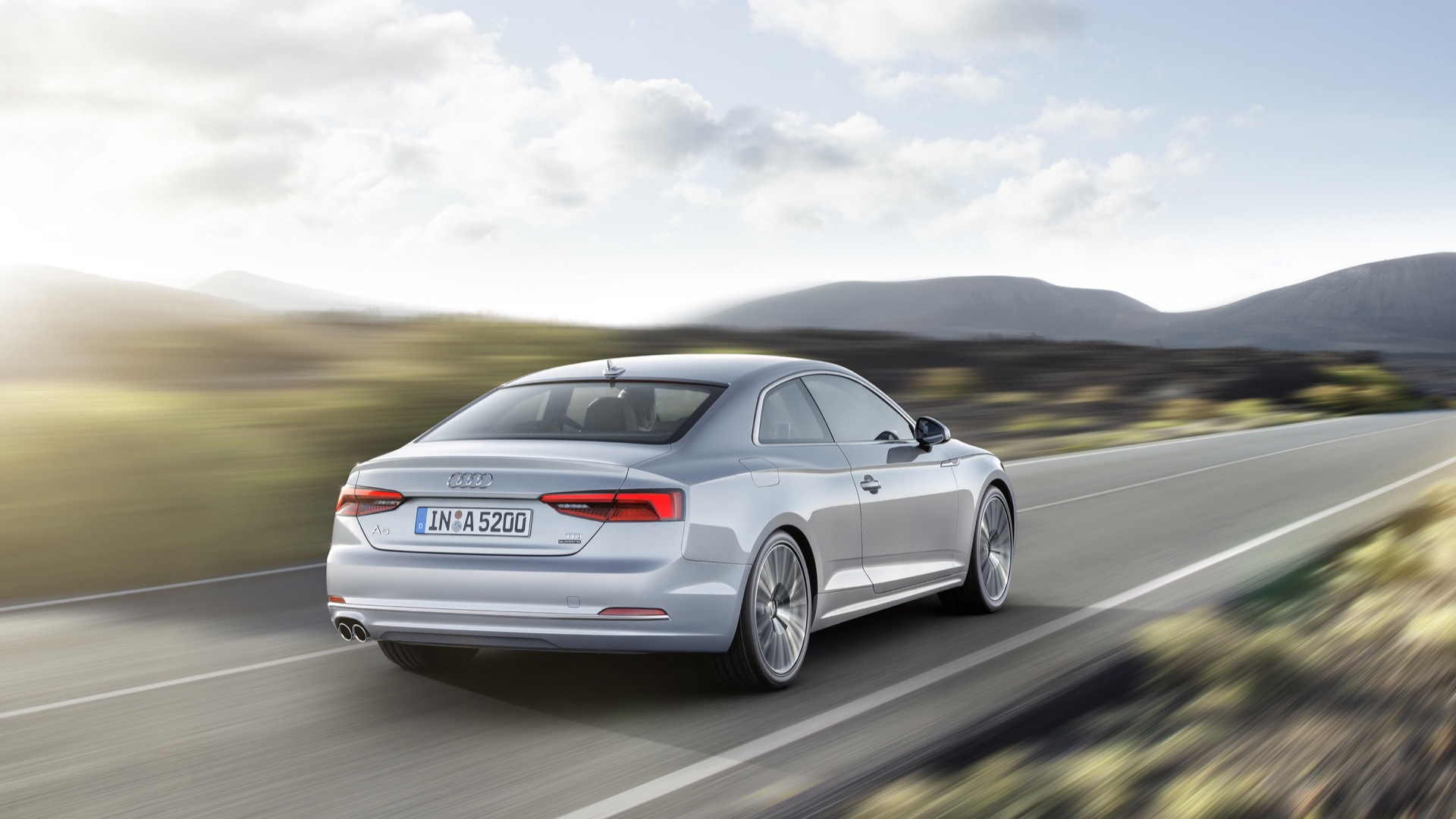 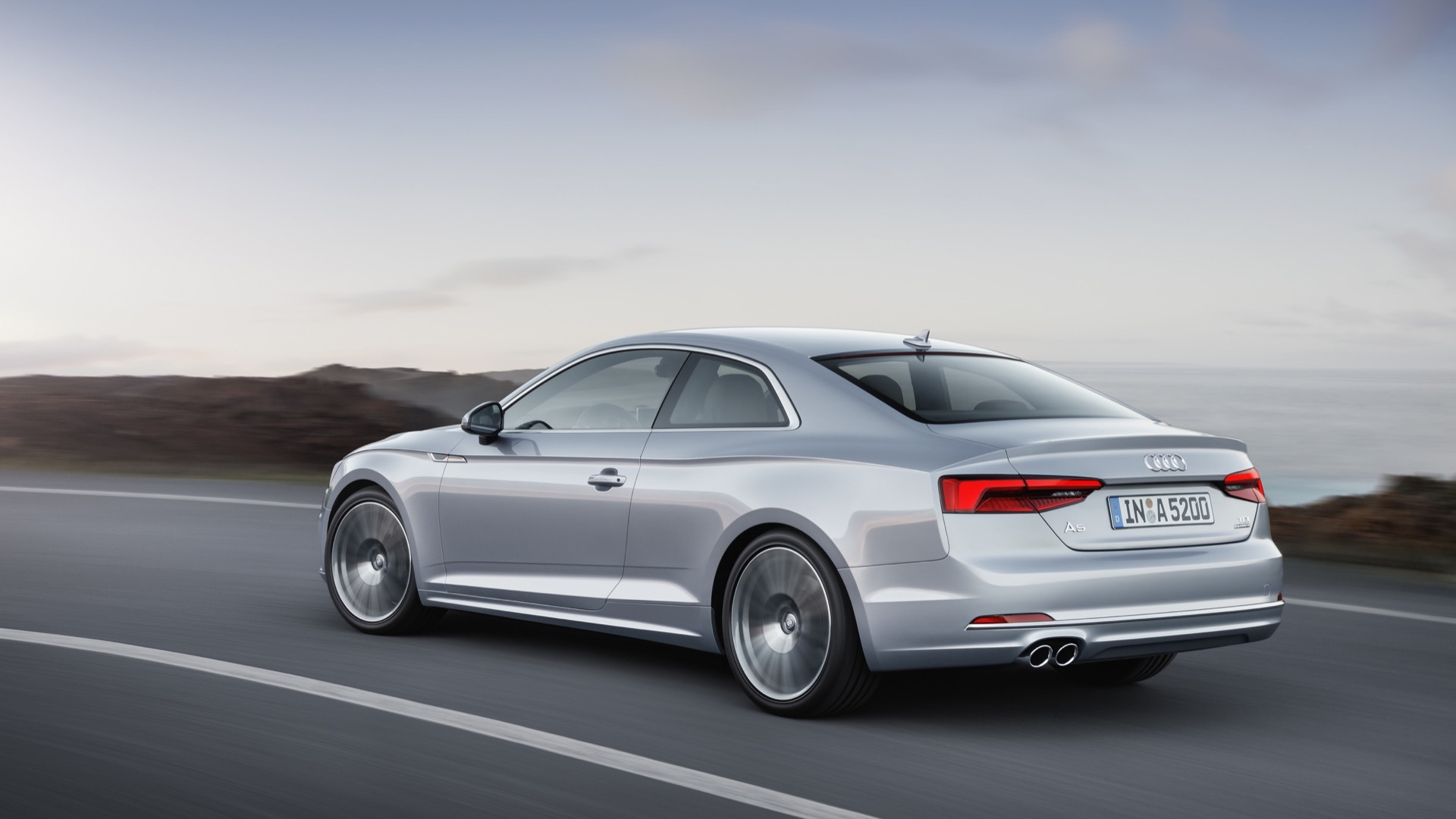 You'd be forgiven for thinking the new Audi A5 Coupe is the old Audi A5 Coupe, but that's neither here nor there.

The newest iteration from Ingolstadt sports relatively the same profile as the old coupe that had been with us for about a decade. This time around, however, the new A5 gets the "singleframe" grille treatment up front, a power dome on the top and some semblance of hips in the back.

Underneath—where it really matters—we know the A5 will sport two new gasoline engines and three diesel engines for European buyers, although the latter probably won't make their way to the States... ever.

Audi hasn't yet released official specs for the United States-bound A5 or S5, but we know the A5 will get a power bump somewhere in the neighborhood of 20 percent, so we're willing to bet our lives on the automaker's latest turbocharged 2.0-liter 4-cylinder making an appearance in the base A5 when it goes on sale here early next year. In the A4, the same engine makes 252 horsepower, which would be a healthy bump over the 2016 A5's 220 hp. According to Audi, the engines will be up to 22 percent more fuel efficient.

Audi officials said Thursday that one in four A5 models sold are performance varieties, which is a healthy clip for any automaker. The S5 gets Audi's new turbocharged 3.0-liter V-6 that churns 354 hp, up 21 hp from the 2016 model.

Base 4-cylinder models can be married to a 7-speed dual-clutch or a 6-speed manual. Like the S4, the S5 will be an 8-speed automatic only—at least for now.

Perhaps the biggest departure (at least mechanically) will be the application of Audi's Quattro Ultra all-wheel-drive system. Unlike prior versions, the A5's AWD system can disconnect from the rear wheels to save fuel.

Beyond that, the A5 seems to have shed around one and a quarter Rihannas (or 132 pounds in the Queen's English) in overall weight and gained one "Virtual Cockpit" digital instrument cluster.

It's not exactly controversial to call the new look a little "evolutionary," but at least the old shape still works, works, works.