The new engine, dubbed the EA211 TSI evo, is a turbocharged 1.5-liter unit equipped with variable turbine geometry (VTG) like that found on high-performance engines from Porsche.

VTG, which first appeared on a gasoline engine in the previous-generation Porsche 911 Turbo, changes the orientation of a turbocharger’s compressor blades depending on engine speed, creating less surface area at high speeds to reduce back pressure and more surface area at low speeds to help build up boost. 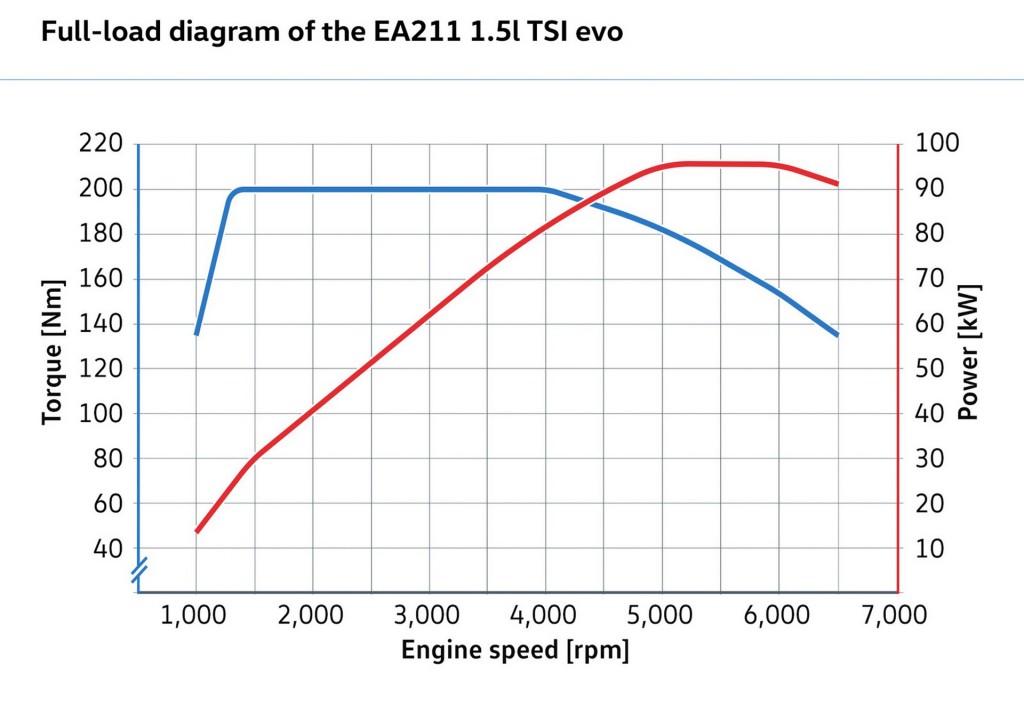 The overall result is an engine delivering up to 148 horsepower, which is 28 hp more than VW’s existing turbocharged 1.4-liter 4-cylinder. At the same time, the new engine is also 10 percent more efficient. But it’s not just about absolute power and efficiency because if you look at the graph above you’ll notice the engine has an ideal flat torque curve and this in turn leads to smooth, linear power delivery at almost all engine speeds.

CHECK OUT: Behind the scenes with the development of the Ford Focus RS RX

The VTG technology works in combination with various other systems in VW's new engine to increase output while reducing emissions. The list includes a Miller combustion cycle with a high compression ratio of 12.5:1; common-rail fuel injection with up to 5,000 psi pressure; cylinder deactivation; and low friction cylinder coating via atmospheric plasma spray.

VW says it will start adding the new engine in its production models in late 2016.