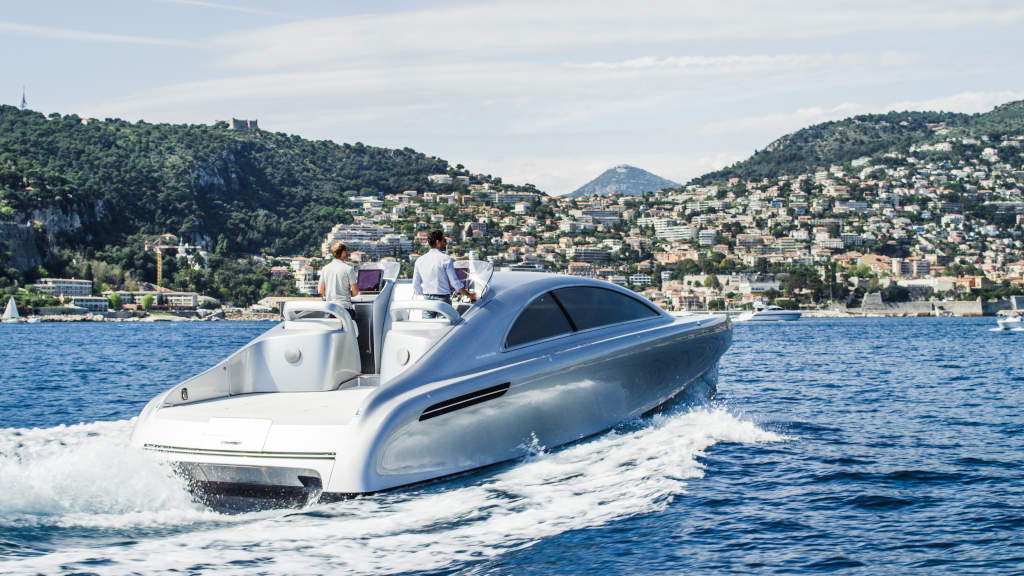 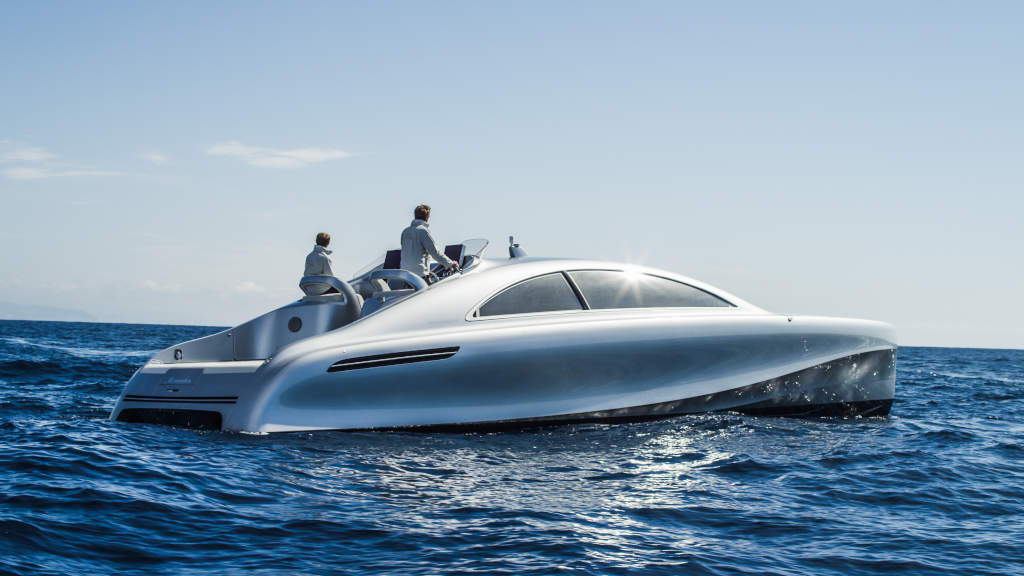 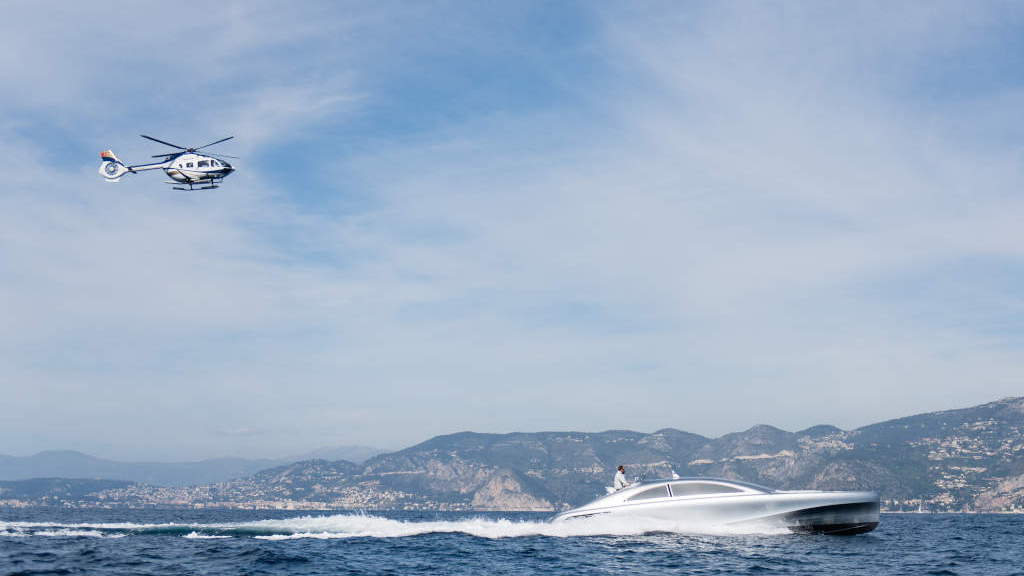 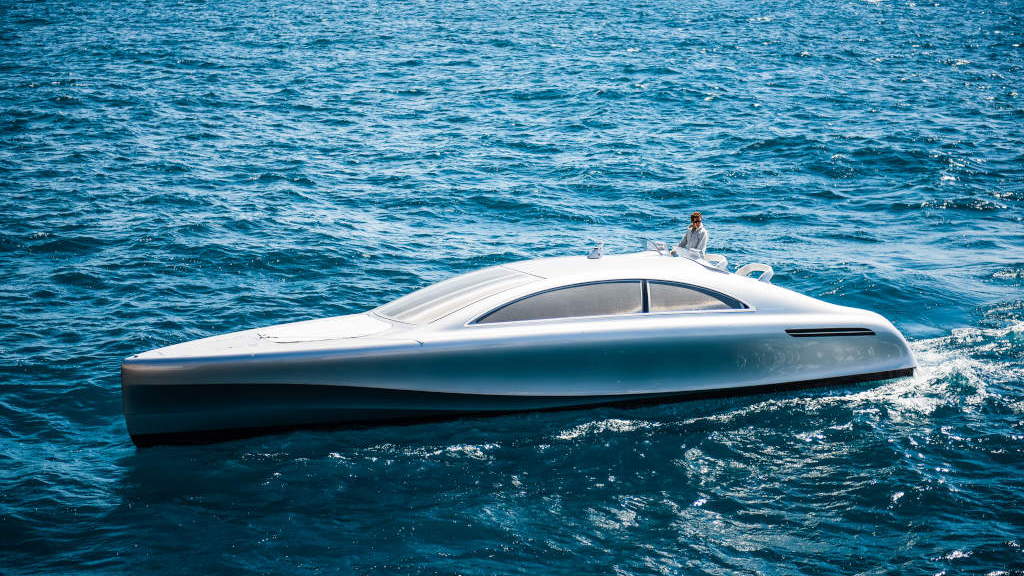 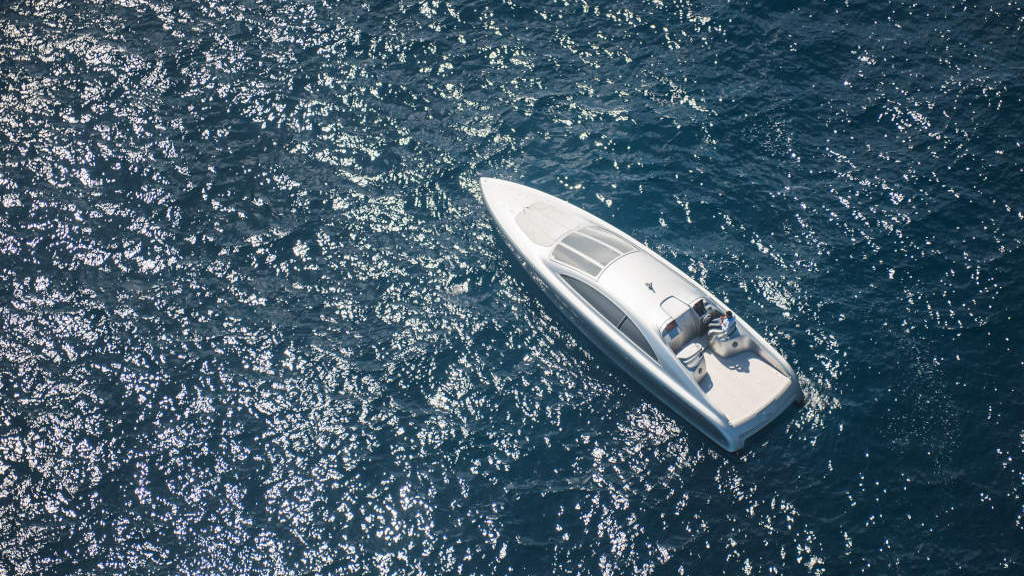 Mercedes-Benz has dropped the anchor on a new concept—only it isn't meant to storm an autobahn.

The Arrow460-Granturismo, which is referred to as the "Silver Arrow of the Seas" and developed by Mercedes-Benz Style, the design consulting division of the German automaker, is a 46-foot, 960-horsepower yacht capable of seating up to 10 people.

It was designed in partnership with Silver Arrows Marine, a high-end British firm.

Mercedes says the vessel's materials are what make it really stand out. Eucalyptus wood is used liberally on the interior.

The automaker's Magic Sky technology, which can tint glass to a darker shade at the press of a button, is also featured.

As you might expect for something with the three-pointed star, the Arrow460-Granturismo is dripping with luxury. It contains a separate bathroom, air conditioning and even a wine cellar.

There aren't many links beyond the Magic Sky glass between the sporting yacht and Mercedes' cars, however, so don't expect a modern Amphicar to come any time soon.

Exactly what Mercedes expects to do with the Arrow460-Granturismo is up for some debate. For now, it appears the yacht is merely a showcase of what Mercedes-Benz Style is capable of doing for well-heeled clients, most of which will probably be commercial. Previously, we've seen the decision work on everything from helicopters to apartment interiors.