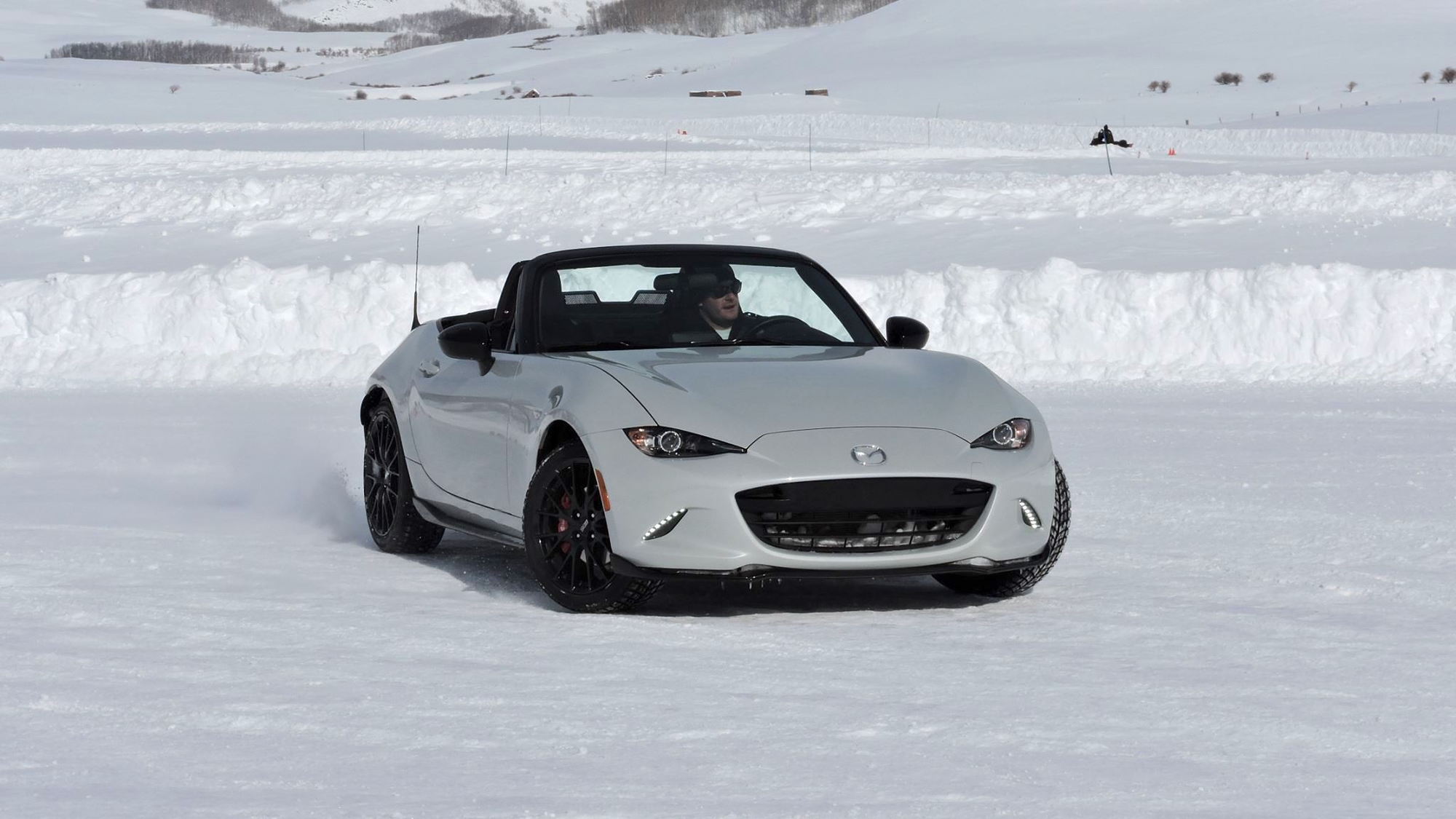 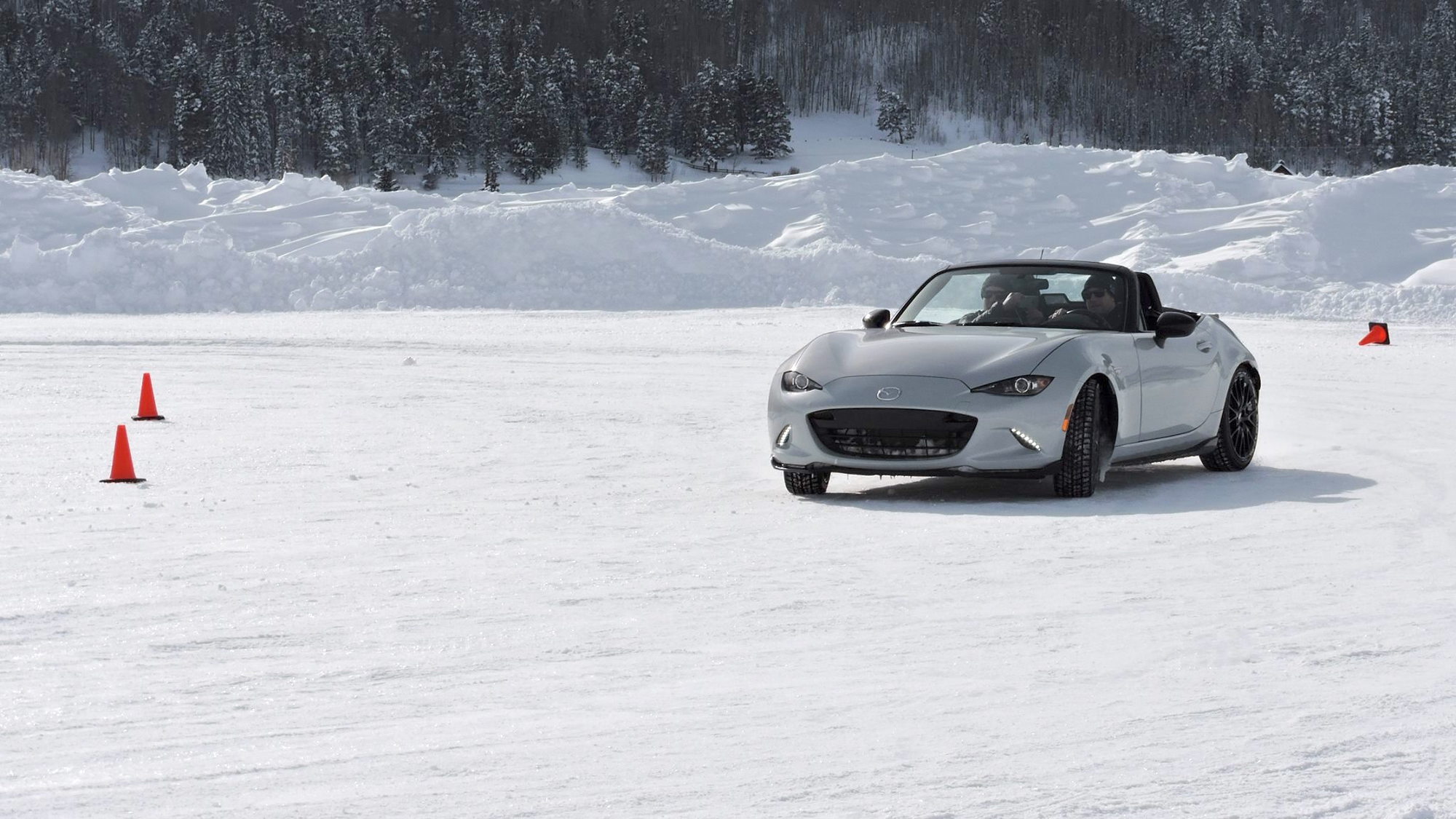 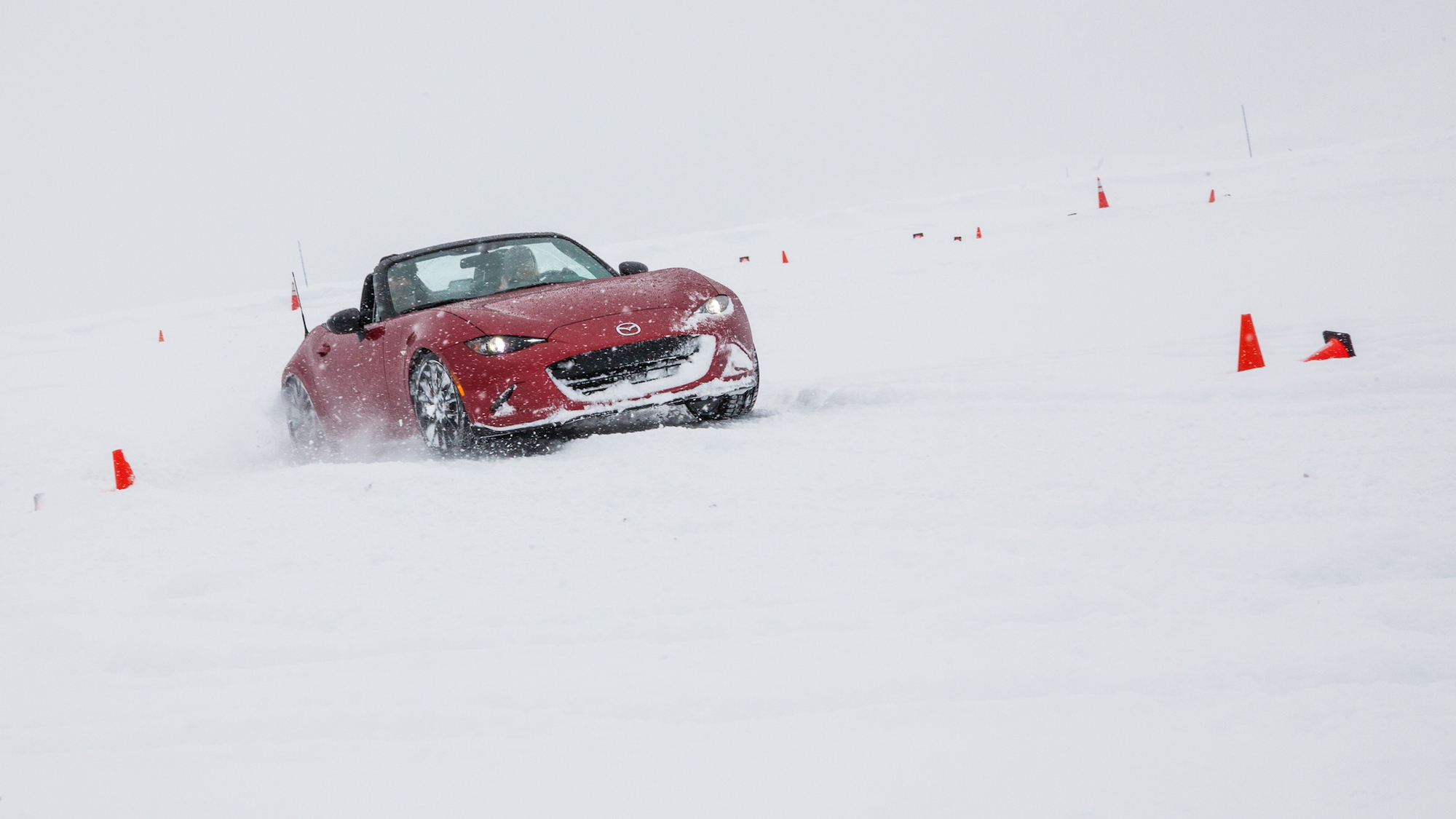 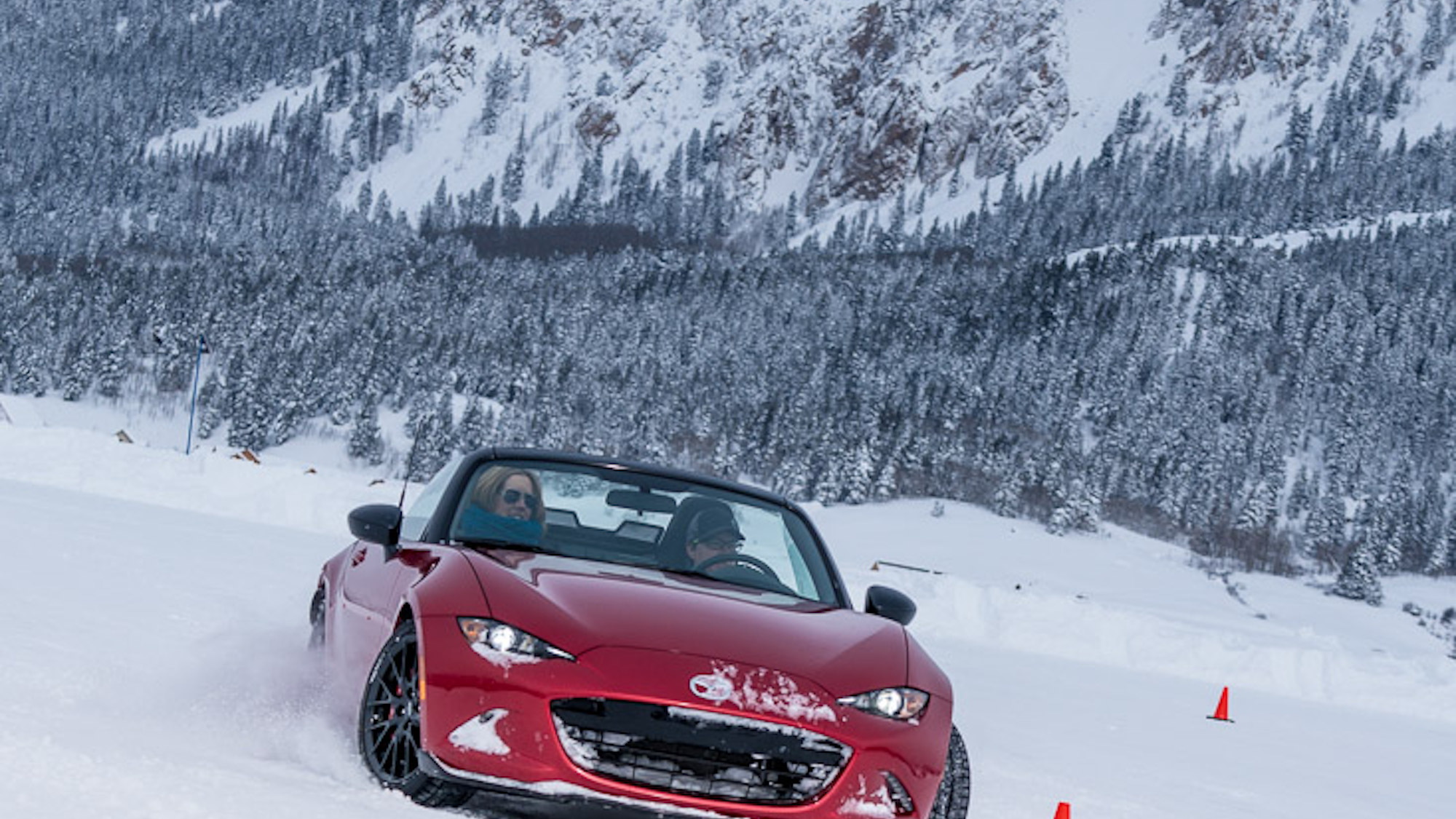 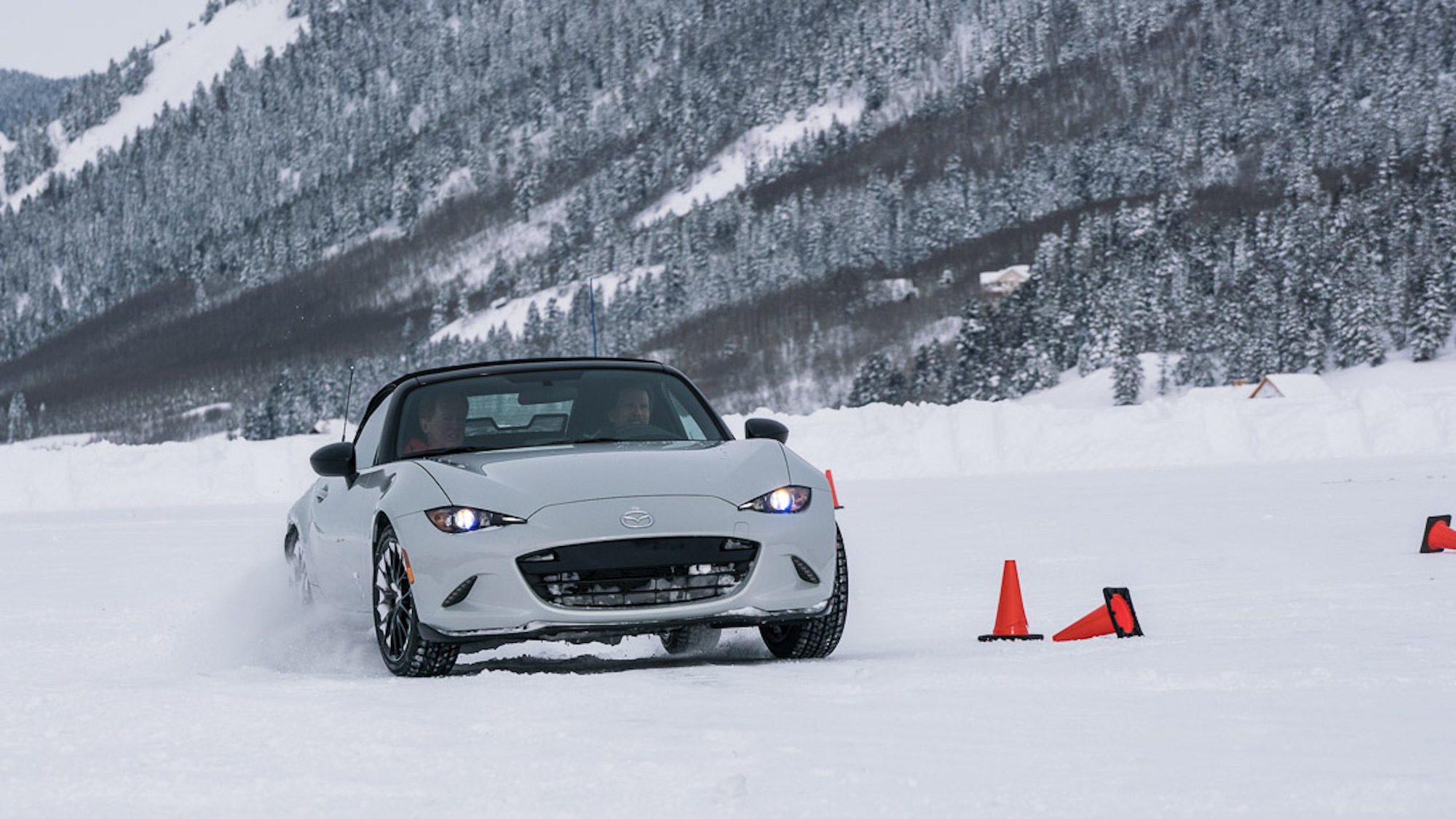 I hear it all the time: "I put my sports car away for the winter. It doesn't do winter. It can't. It's rear-wheel drive." I've even heard this from Mazda Miata drivers. To every one of them I say this: You're wrong.

Full disclosure: Mazda flew me out to beautiful Crested Butte, Colorado, put me up in a fancy ski resort, fed me, took me up a ski slope in an uncovered sleigh when it was four degrees outside, and let me test its all-wheel-drive system in its latest crossovers. Mazda brought along MX-5 Miatas for fun as well.

There's no shortage of love here at Motor Authority for the Mazda MX-5 Miata. Our editorial director Marty Padgett recently bought back his 1990 model. The redesigned Miata was on our short list for the 2016 Motor Authority Best Car To Buy award. And the rest of the team, like most enthusiasts, we love and respect Mazda's little roadster.

The premise was simple: Put Bridgestone Blizzak LM60 winter tires on 2016 MX-5 Miatas and set journalists loose on an autocross course on snow and ice.

Sliding behind the wheel of the Miata I made a decision: I wasn't going to put up the top despite it being 12 degrees. This was the right call.

Launching the car was tough, as the rear tires struggled to find traction as I pushed the throttle to the floor. I shifted into second gear and the powerband allowed me to keep it there for the remainder of the course.

The 2016 MX-5 Miata is so well balanced you are able to feel completely in control even while using throttle oversteer to power through an autocross course...even on ice.

CHECK OUT: Dodge Viper Driver Enjoys Save Of The Year: Video

Through the slalom, around the carousel, and into a tight turn, I was able to keep the Miata in a controlled drift without ever touching the brakes. When the car did start to spin, I was able to control it by simply letting off the throttle or by riding it out, going for the spin, and pointing it back in the right direction.

Of course, despite being easy to control in winter conditions, there are downsides. Ground clearance can be an issue with the front clip. While it's not the lowest sports car on the market, the Miata's front clip has plastic trim that can become brittle in severely cold weather. When that trim comes in contact with something like an ice chunk, it can crack or break.

The take away from my romp in the snow? It reaffirmed that the 2016 MX-5 Miata is nimble, well balanced, and controllable, even in unforgiving or less than ideal conditions.

More importantly, even in the snow, the answer is absolutely always Miata.