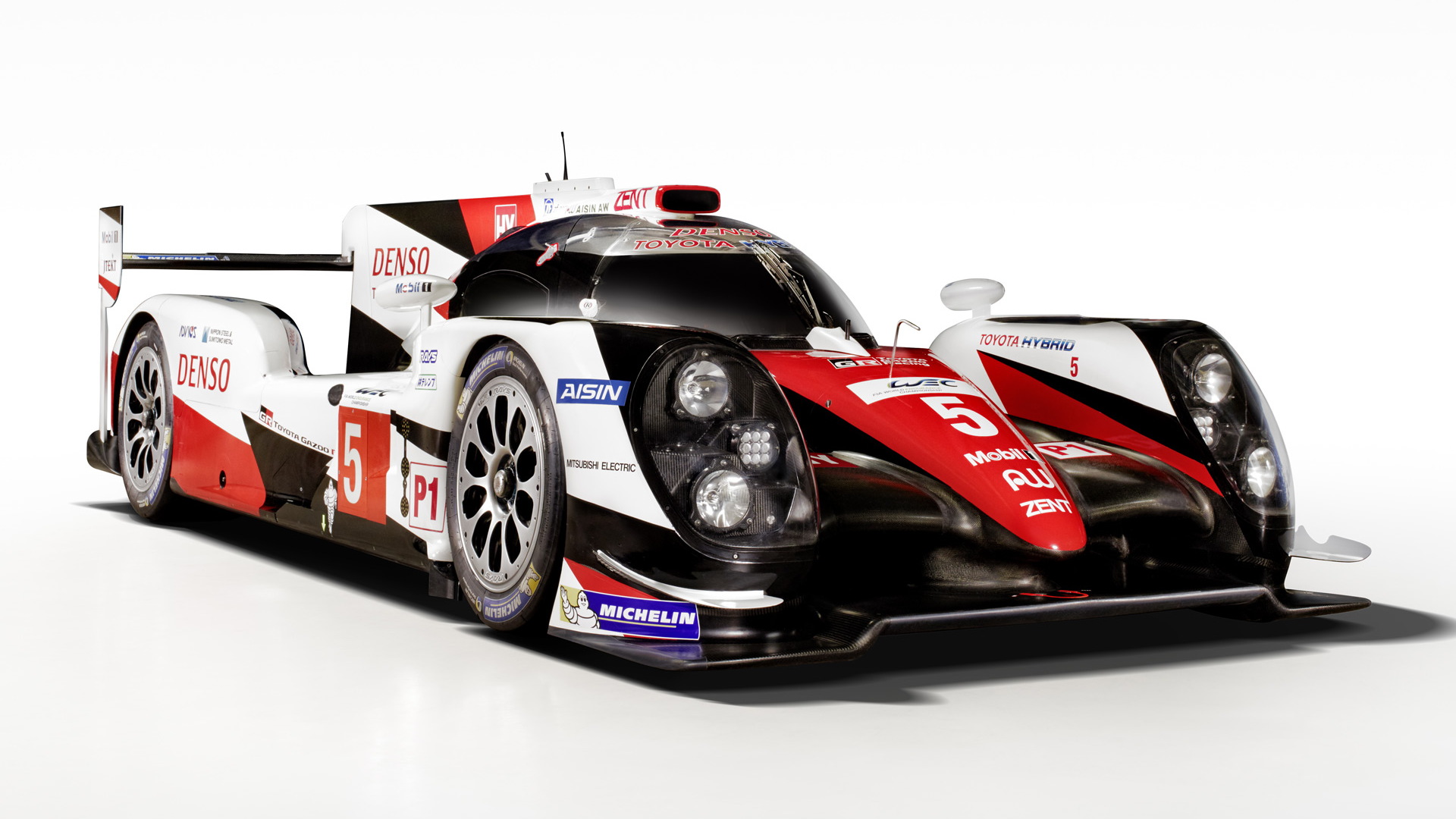 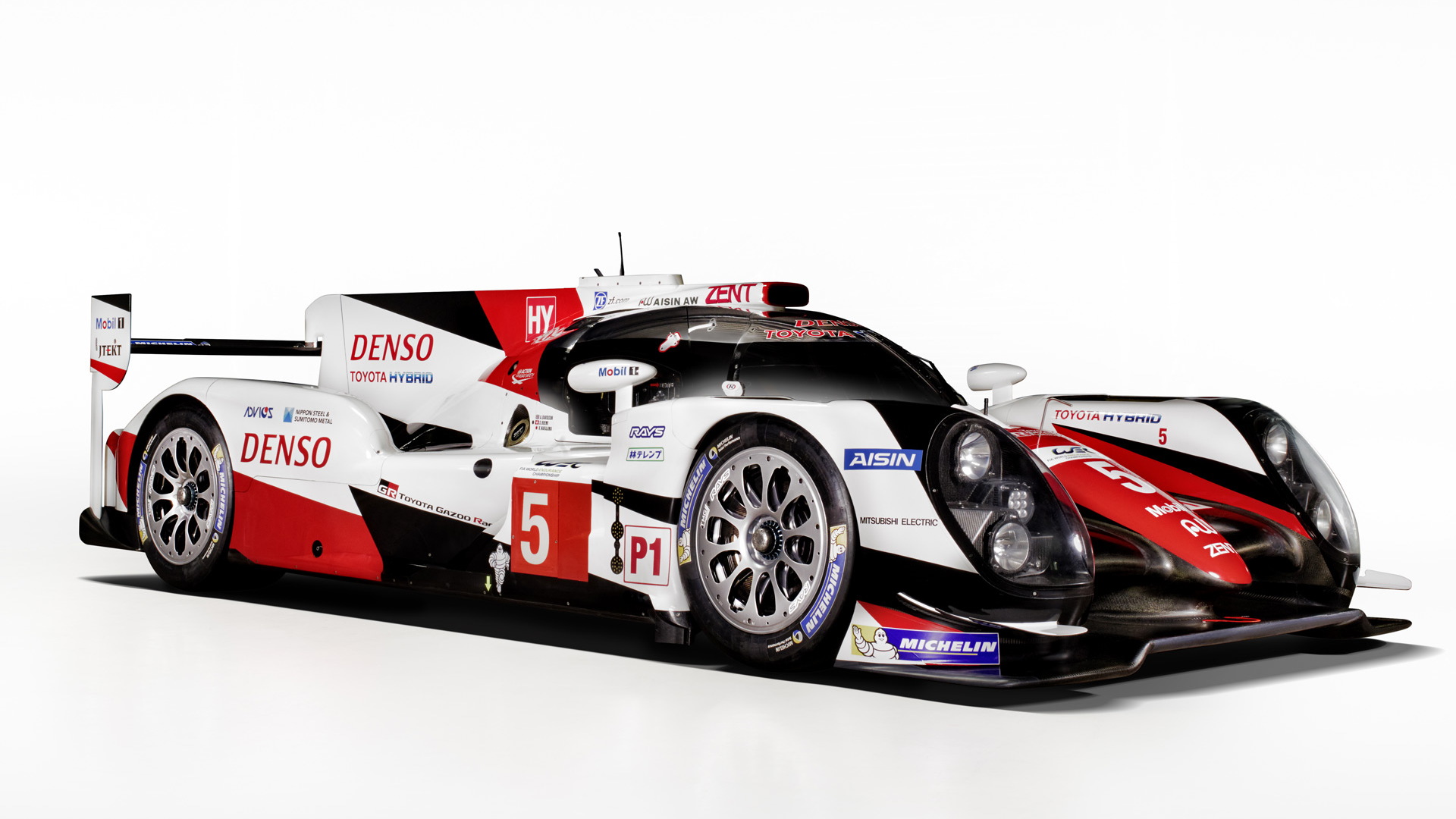 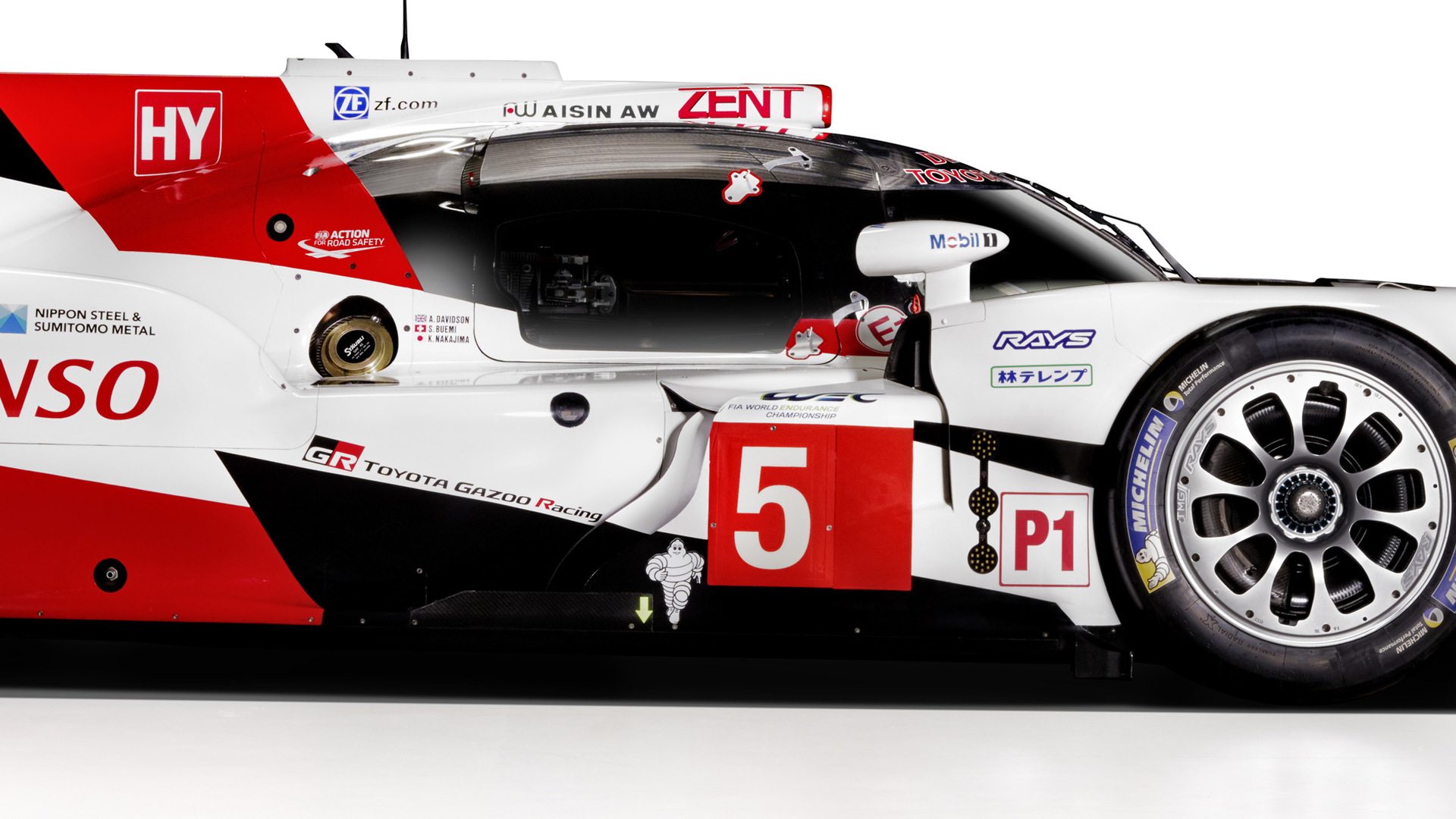 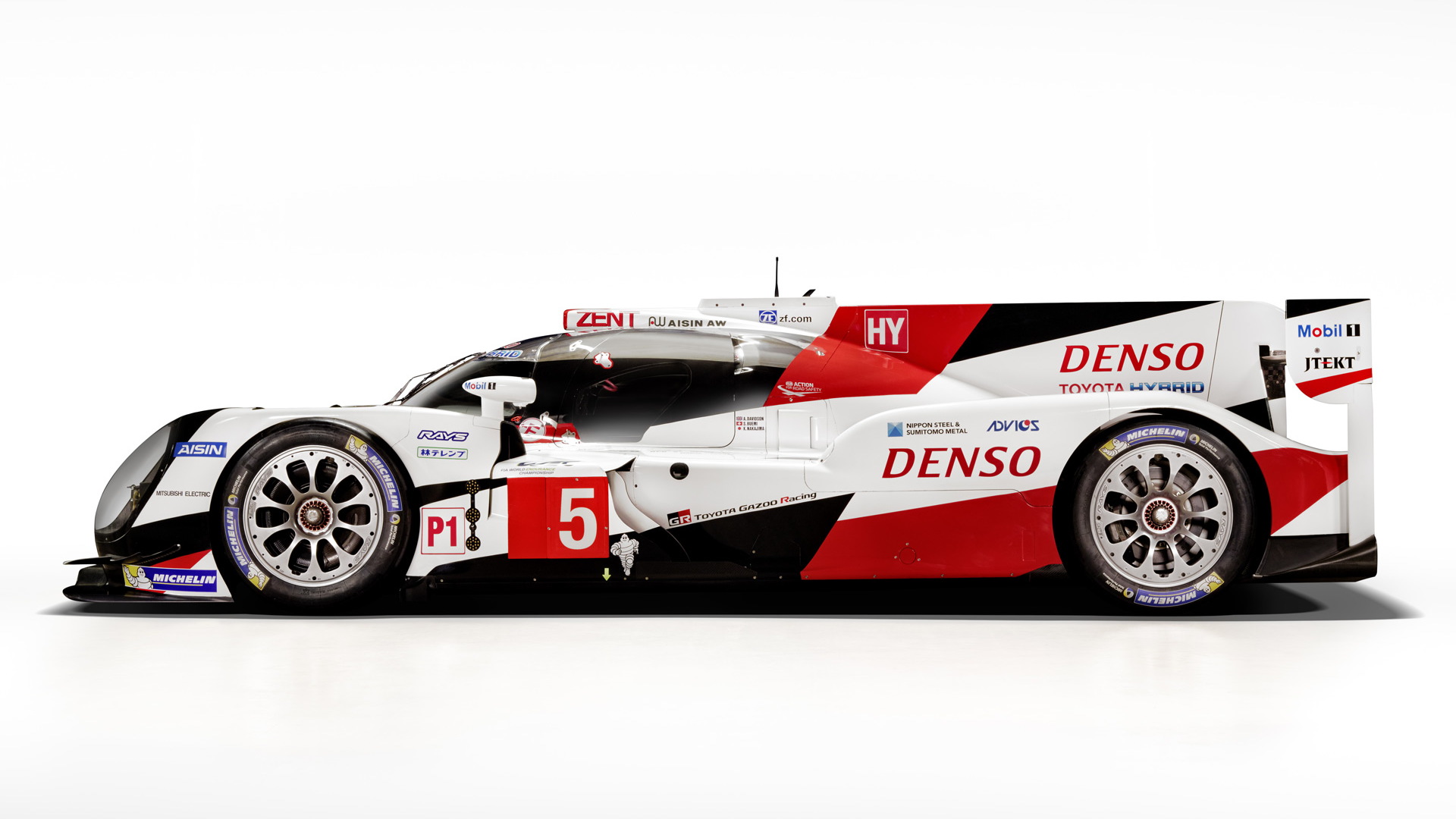 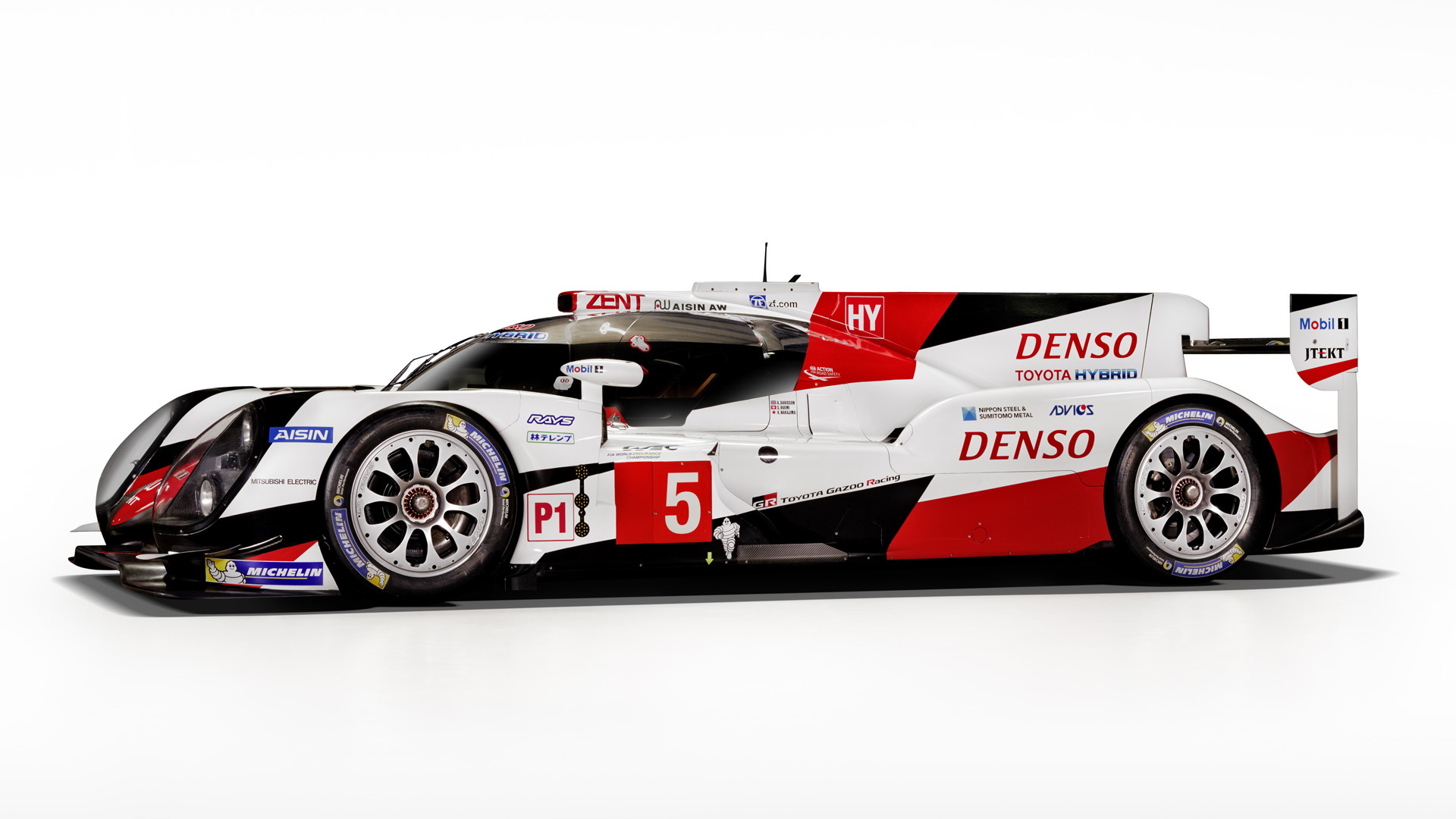 Toyota has revealed full details for its hybrid Le Mans prototype that will compete in the 2016 World Endurance Championship, the highest echelon for endurance racing and whose highlight is the 24 Hours of Le Mans. The car is the TS050 Hybrid, which like it its TS040 predecessor will compete in the premier LMP1 Hybrid class alongside similar prototypes from Audi and Porsche. Unfortunately, Nissan has confirmed its own LMP1 project has been canned.

A major change for the TS050 compared to the TS040 is a downsized engine. While the previous car featured a naturally-aspirated 3.7-liter V-8 for the internal combustion component of its hybrid powertrain, the TS050 adopts a twin-turbocharged 2.4-liter V-6 and features an 8 megajoule (MJ) hybrid system. The move, which makes sense due to the WEC's limits on fuel use, follows the downsizing principal instigated by Porsche with its 919 Hybrid, which utilizes a turbocharged 2.0-liter 4-cylinder.

As in the TS040, the engine of the TS050 is mounted at the rear and spins the rear wheels together with an electric motor sourced from Denso. A second electric motor, sourced from Aisin AW, powers the front wheels. These motors rely on energy, either drawn from the engine or recovered under braking, stored in a lithium-ion battery. This is another major contrast with the previous TS040, which stored its electrical energy in a capacitor-based system. The switch to the battery allowed Toyota to move up to the more-powerful 8MJ hybrid class of the WEC. Peak output of the TS050 is a claimed 986 horsepower. Half of that is developed by the engine alone.

Toyota, which won the title in 2014 but lost it to Porsche last year, will field two TS050s under the new banner Toyota Gazoo Racing, one wearing the number 5 and the other the number 6. The cars adopt a new black, red and white livery. The new color scheme, which drops the blue of the previous cars, highlights the new partnership between Toyota and Gazoo.

Kobayashi is a former Formula One driver who previously drove for Toyota’s F1 team, as well as Caterham and Sauber. He’s also driven in the WEC’s GT class for Ferrari [NYSE:RACE] partner AF Corse, and most recently he was serving as a test and reserve driver for Toyota’s WEC team.

“I’m really excited to be an LMP1 race driver and I would like to thank Toyota for this opportunity,” Kobayashi said in a statement. “I tested the TS040 Hybrid a few times and it was a seriously impressive car; the power of the hybrid system in particular was amazing.”

The 2016 WEC will host its first race at the Silverstone Circuit on April 17. Round three, the 24 Hours of Le Mans, will take place in June. Organizers have announced there will be 60 cars taking to the grid at the French race, a capacity not seen since 1955.