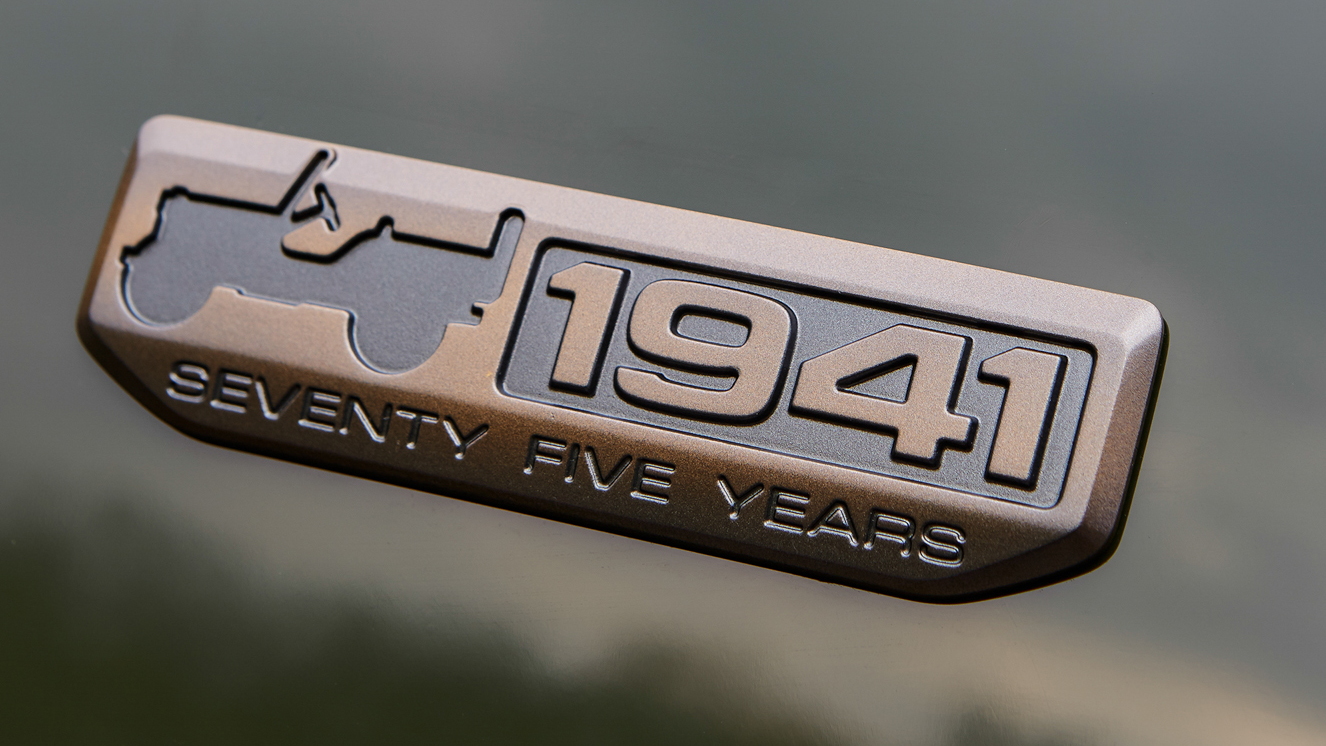 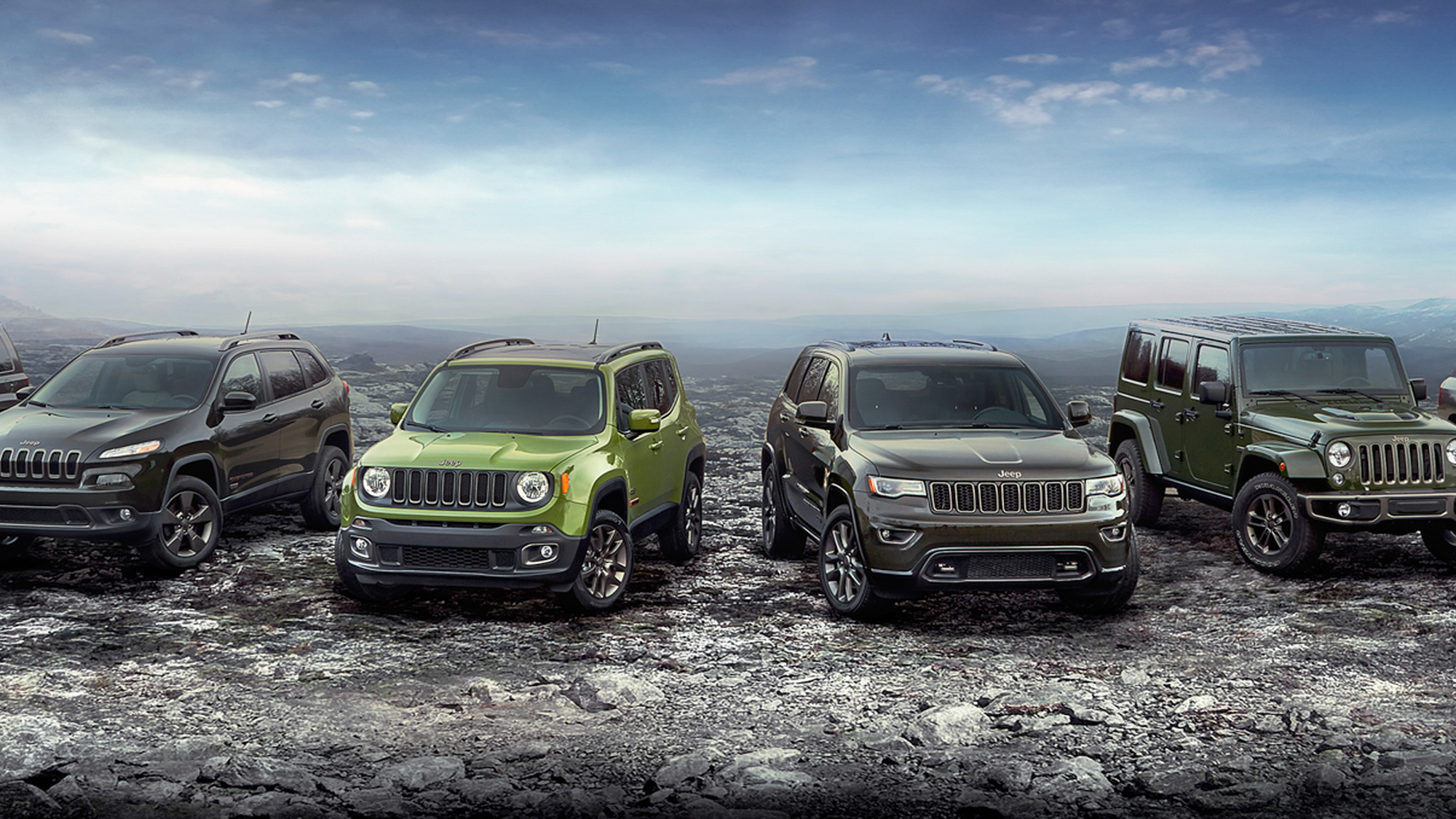 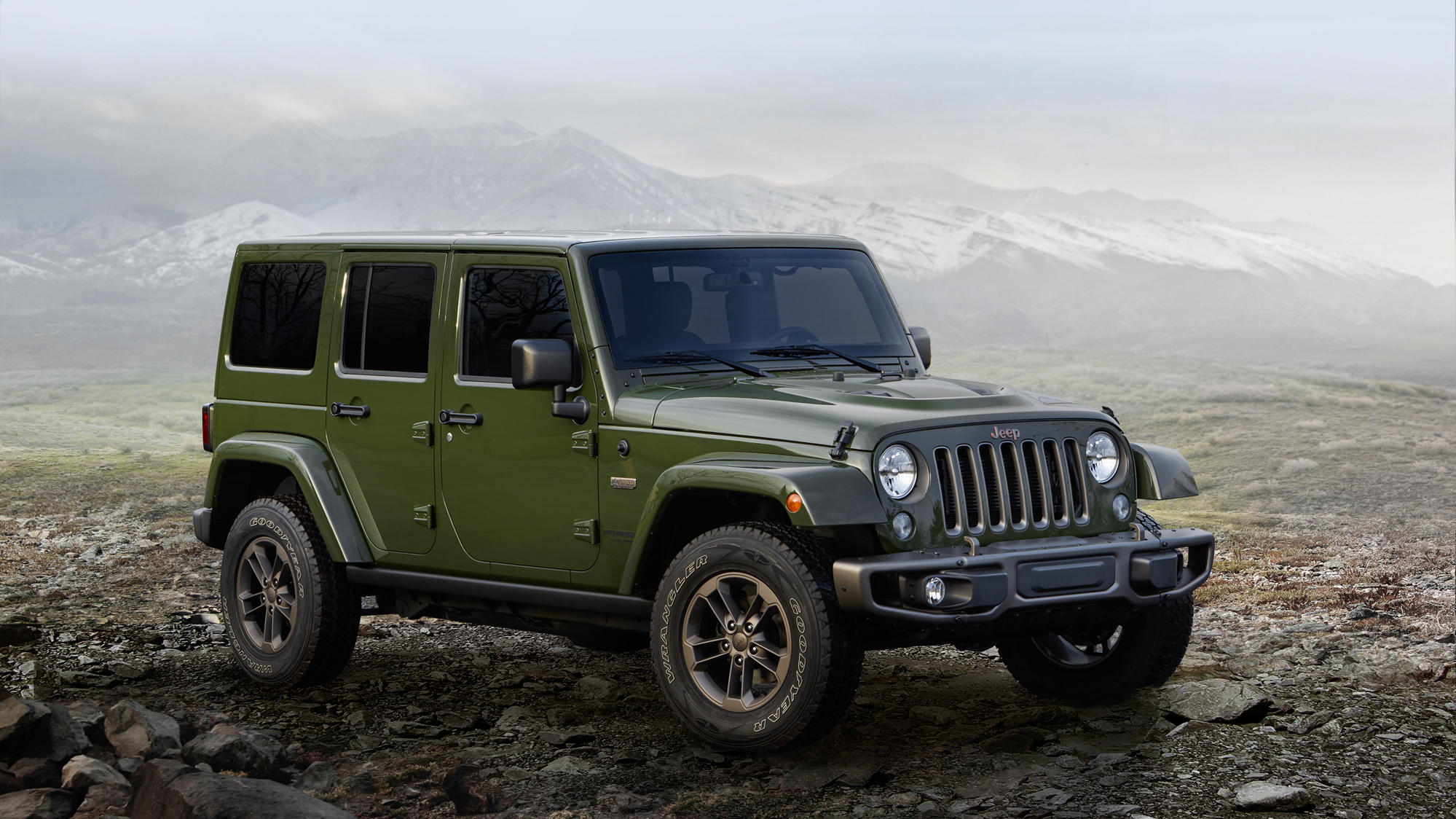 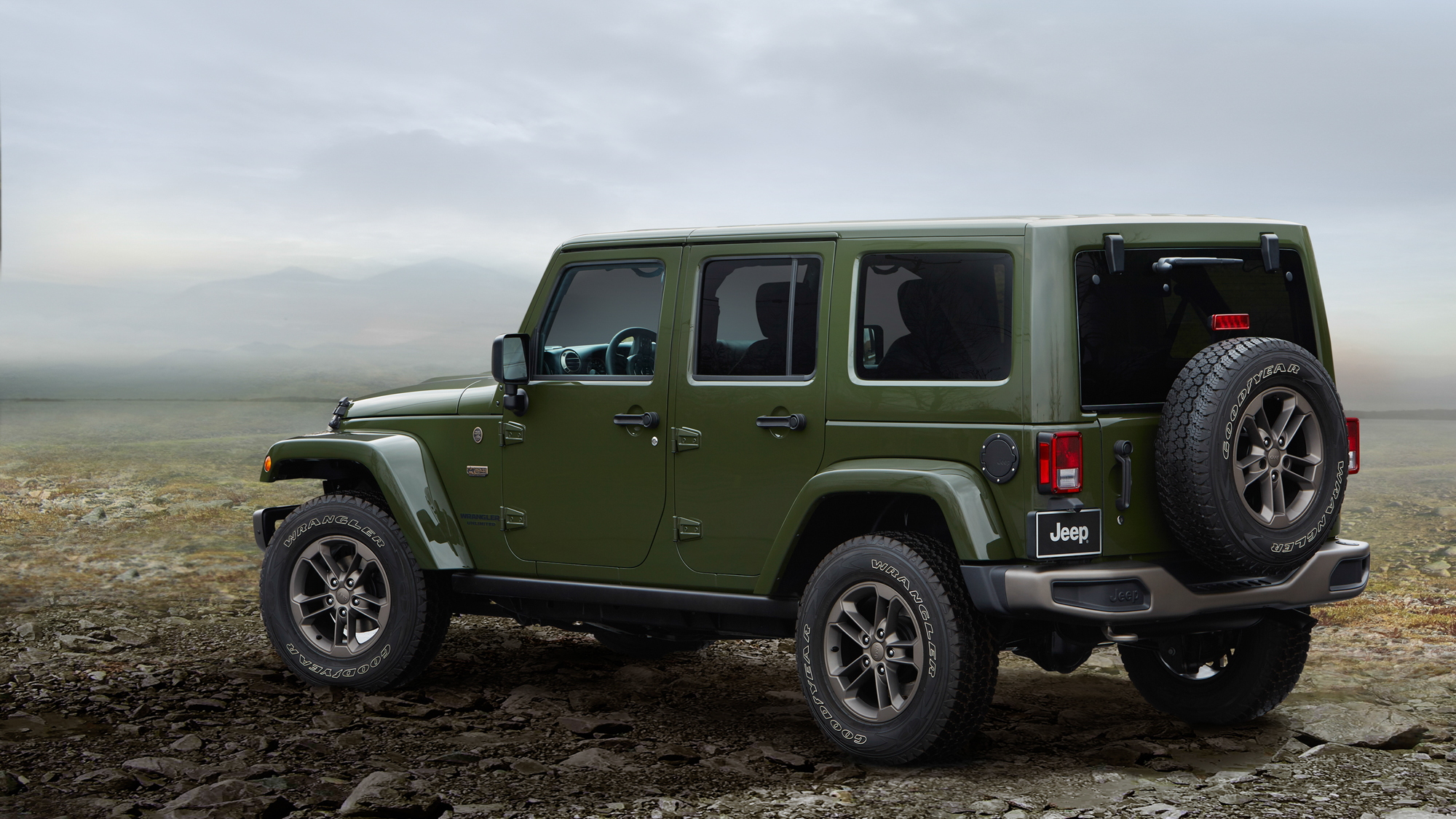 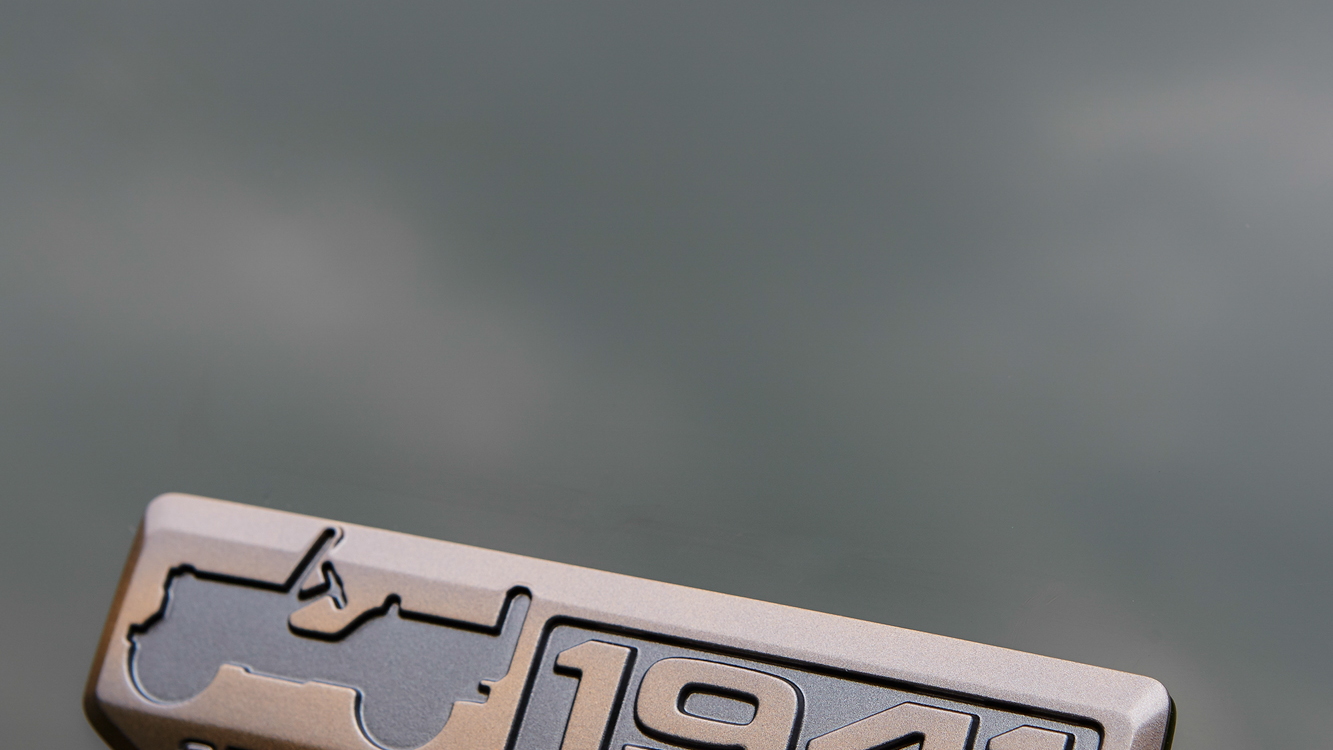 Jeeps first started slinging mud around back in 1941. The original Willys were created to assist the war effort and the Government or General Purpose vehicles were nicknamed GPs. That name transformed into Jeep, and 75 years later the brand remains beloved by its loyal fans. To celebrate its diamond anniversary, Jeep is offering up a special 75th Anniversary version for each model in the lineup.

All special models will be available with green paint. It's either Sarge Green, Recon Green, or Jungle Green, and it looks pretty excellent in the darkest shades. The body color is contrasted with a set of low gloss bronze wheels and orange exterior accents. Inside, each vehicle receives 75th Anniversary embossing on the seats. Other colors will be offered on the outside as well, but we think that near military-spec green suits the vehicles best.

On the Wrangler, Jeep has fitted special rock rails and made a few Rubicon off-road goodies available. The Grand Cherokee comes with a unique front fascia, gloss black body accent pieces, and special cloth seat inserts. Cherokee buyers will get the same special cloth inserts and also a dual-pane sunroof. If you opt for a Renegade, you'll find a Beats Audio system and the MySky open-air roof system. Compass shoppers get a power sunroof, remote start, and light bronze interior paint on the bezel. Finally, the Patriot version has 17-inch wheels, a power sunroof, remote starting, and the 2.4-liter engine paired with the six-speed automatic gearbox, which is the same powertrain utilized in the Compass.

The 75th Anniversary Edition Jeeps will be available starting in the first quarter of 2016.