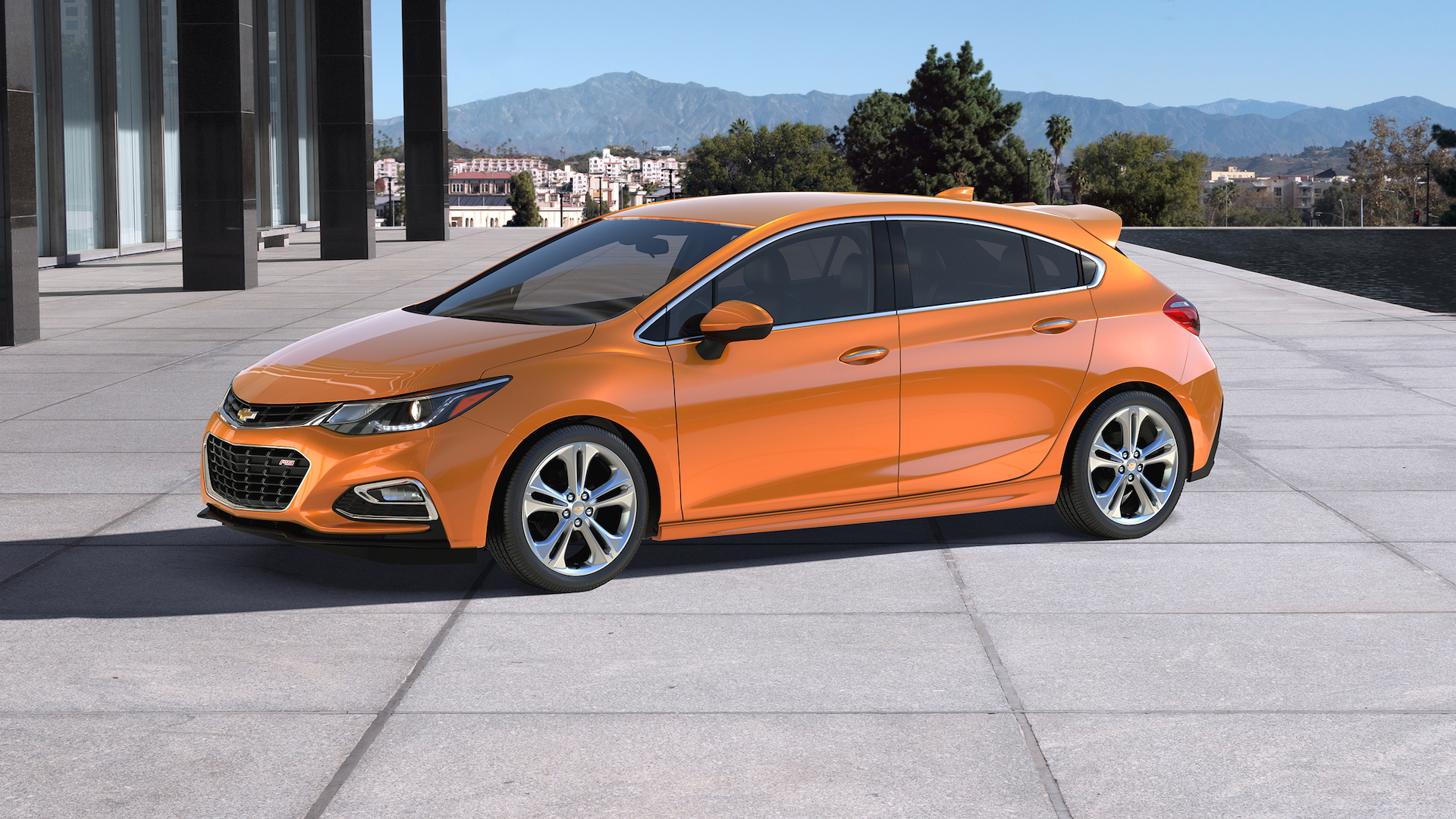 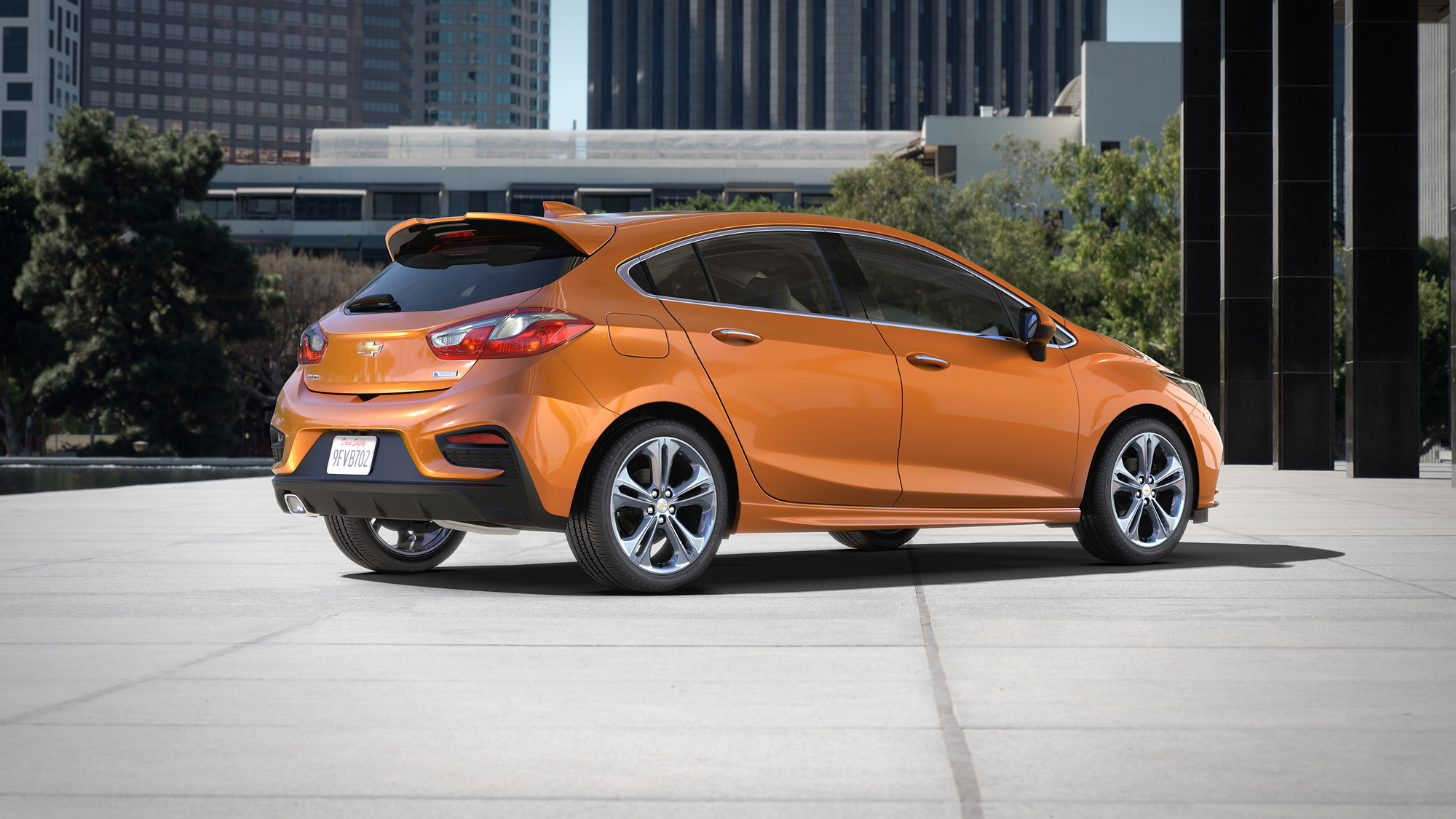 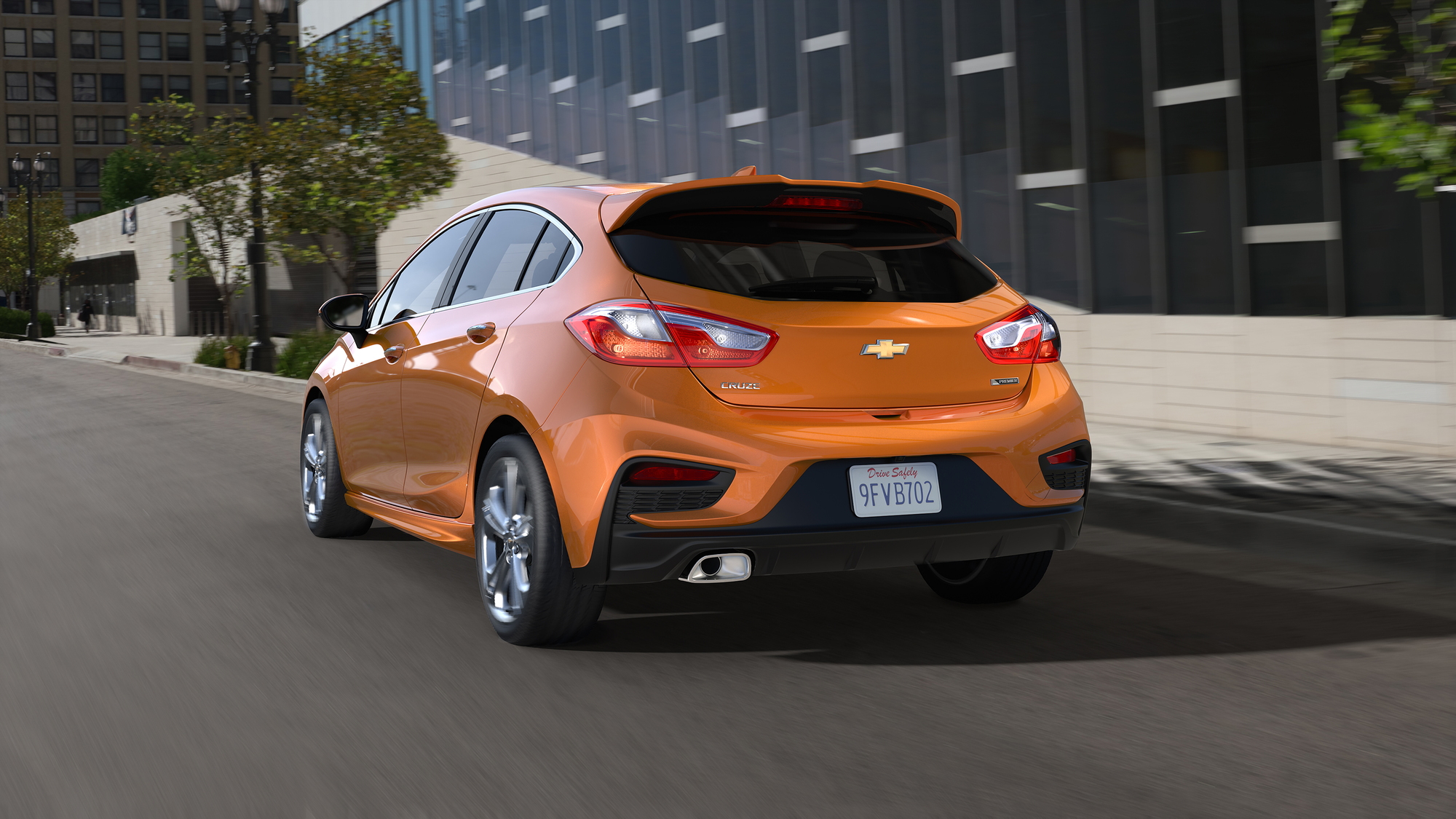 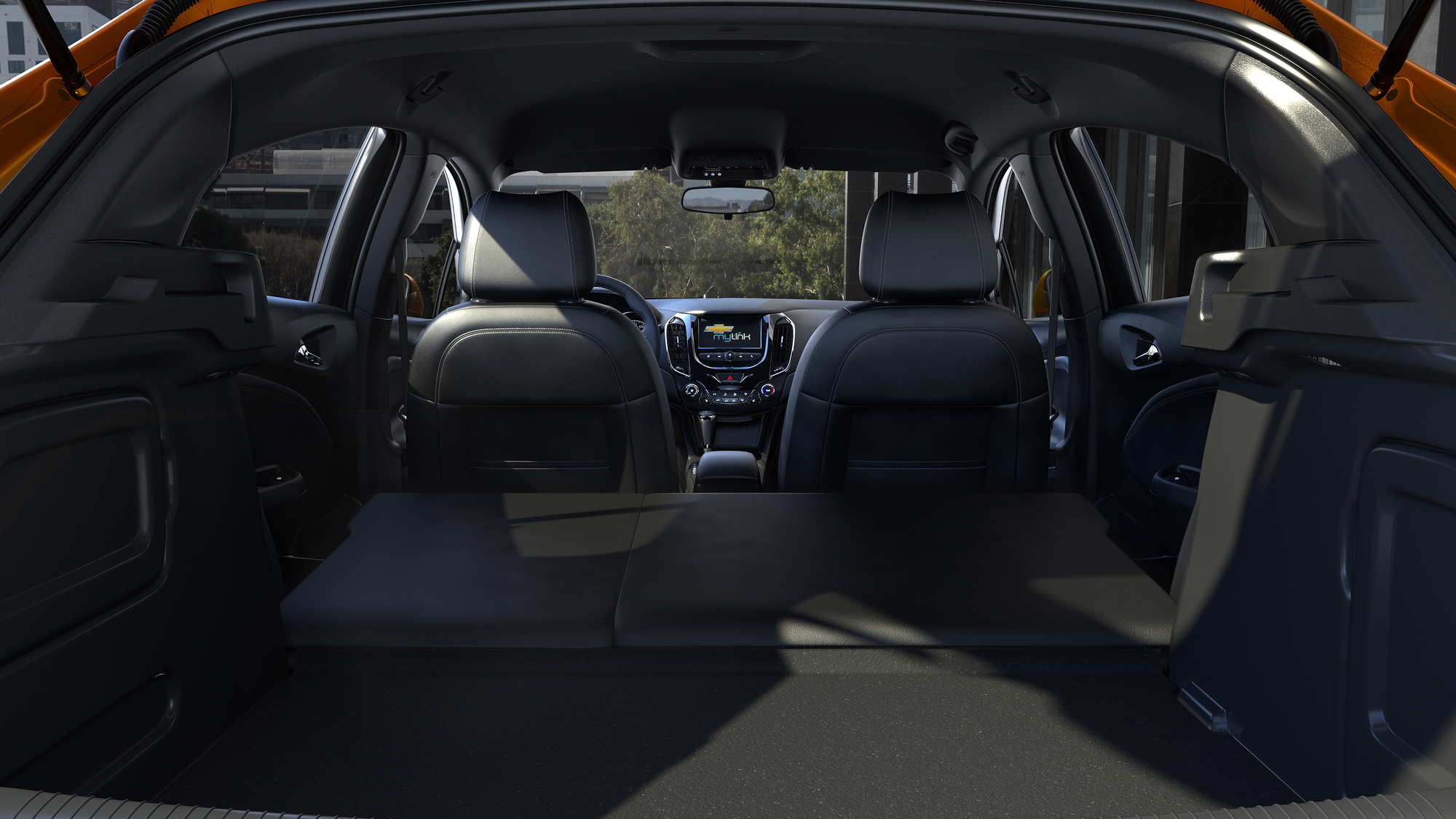 Chevrolet made a hatchback version of the first-generation Cruze but didn't bring it to the United States. However, Chevy says the hatchback segment is growing. “With 9 percent market growth in small hatchbacks last year, it’s the perfect time to bring the Cruze Hatch to America,” said Alan Batey, President, General Motors Company [NYSE:GM] North America and Global Chevrolet.

The 2017 Chevrolet Cruze Hatchback rides on the same D2XX platform with the same 106.3-inch wheelbase as the sedan but gets a unique hatch design with a rear spoiler and wrap-around taillights. The hatchback body style has 18.5 cubic feet of cargo space behind the rear seat and 42 cubic feet of room with the rear seat folded down. That extra cargo space will give the hatchback far more versatility than its sedan counterpart.

Chevrolet says the new structure is lighter and more rigid, with 100 pounds of the weight savings coming from the body structure and 44 pounds saved due to a new engine.

The 2017 Cruze sedan will be offered in L, LS, LT, and Premier models. An RS package will feature fog lamps as well as more aggressive front and rear fascias, rocker panels, and rear spoiler. Chevrolet will offer the hatchback in only the LT and Premier trims, and the RS package will be available as well. The LT model will get the sedan's simple torsion beam rear suspension, while the Premier will come with a more sophisticated ‘Z-link’ design. Chevy says the Z-link setup helps deliver a more balanced driving experience, as the rear suspension improves the ride and better follows the lead of the front.

Otherwise, the hatchback will share its features with the sedan. It will come standard with a next-generation EcoTec turbocharged 1.4-liter four-cylinder engine that adds direct injection and start/stop technology. Output improves from 138 horsepower and 135 pound-feet of torque to 153 horsepower and 177 lb-ft of torque.

The Chevrolet MyLink radio will come standard with Apple CarPlay and Android Auto, and it will be offered with 4G LTE connectivity that will enable a Wi-Fi hotspot. Available amenities will include heated front and rear seats, a heated steering wheel, and Athens leather upholstery.

Ten airbags will be standard, and buyers will be able to get such safety features as lane keep assist, rear cross traffic alert, blind spot monitors, and rear park assist.

The 2017 Chevrolet Cruze Hatchback is scheduled to go on sale this fall. Pricing will be announced closer to launch.