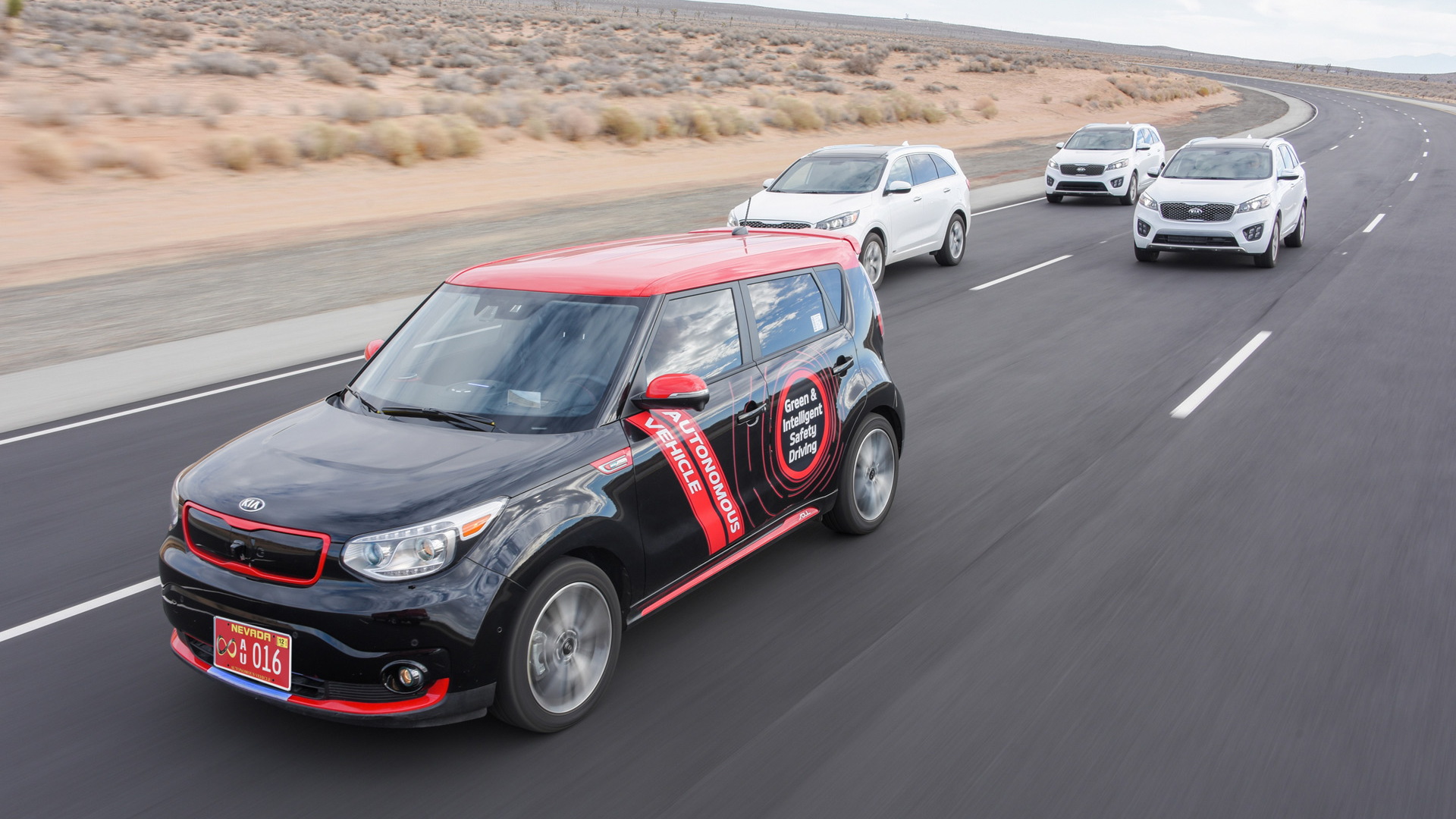 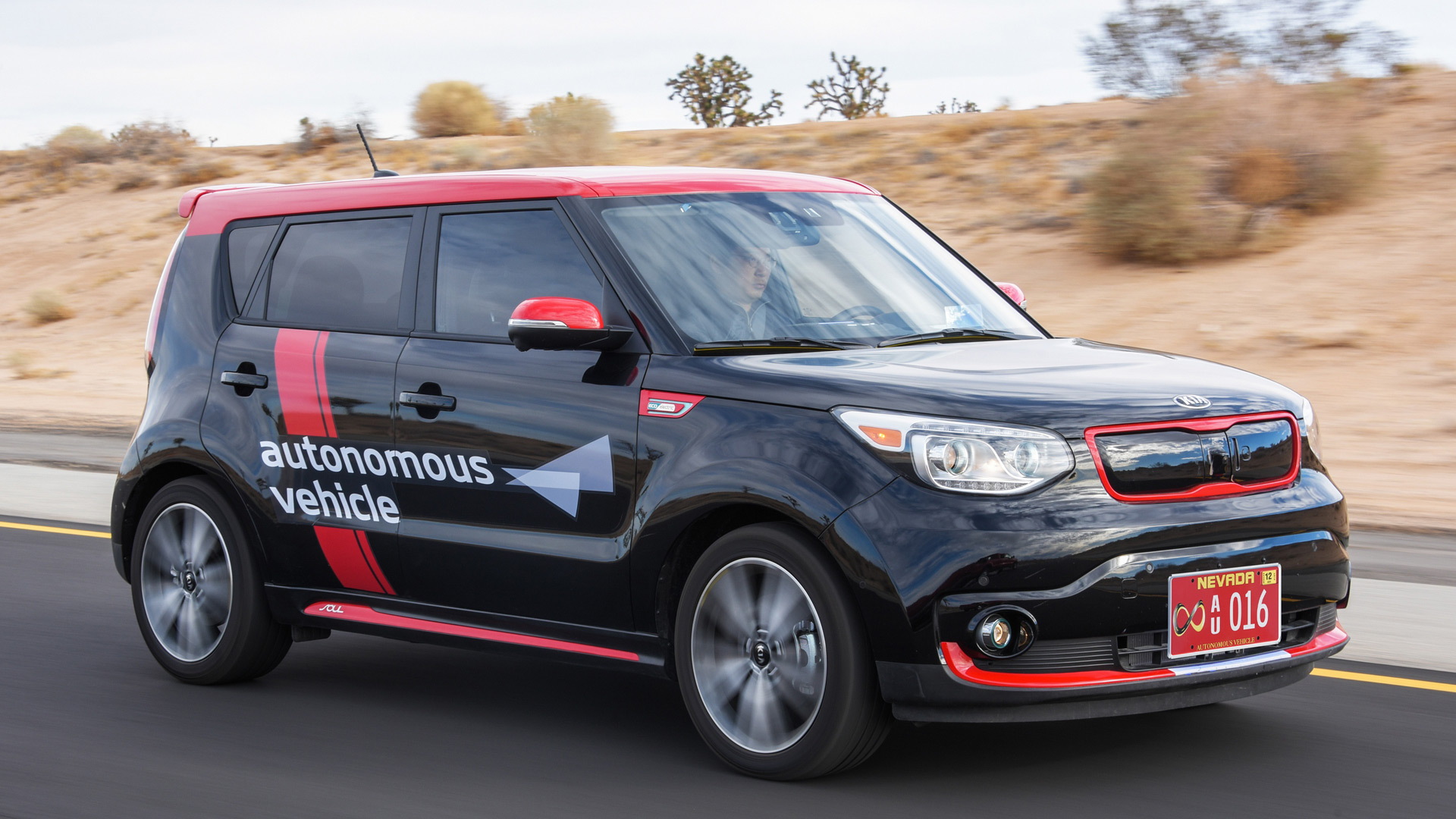 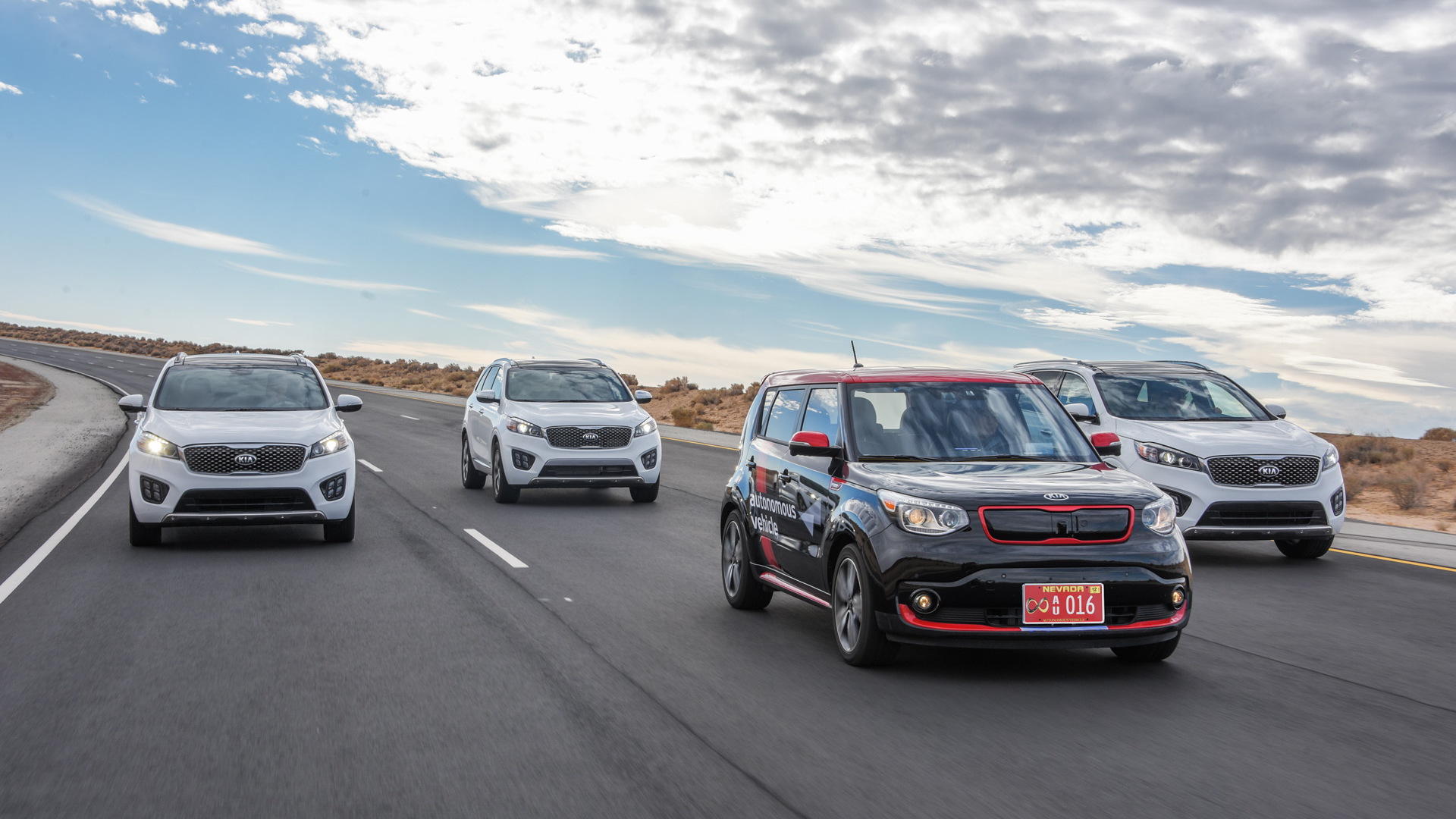 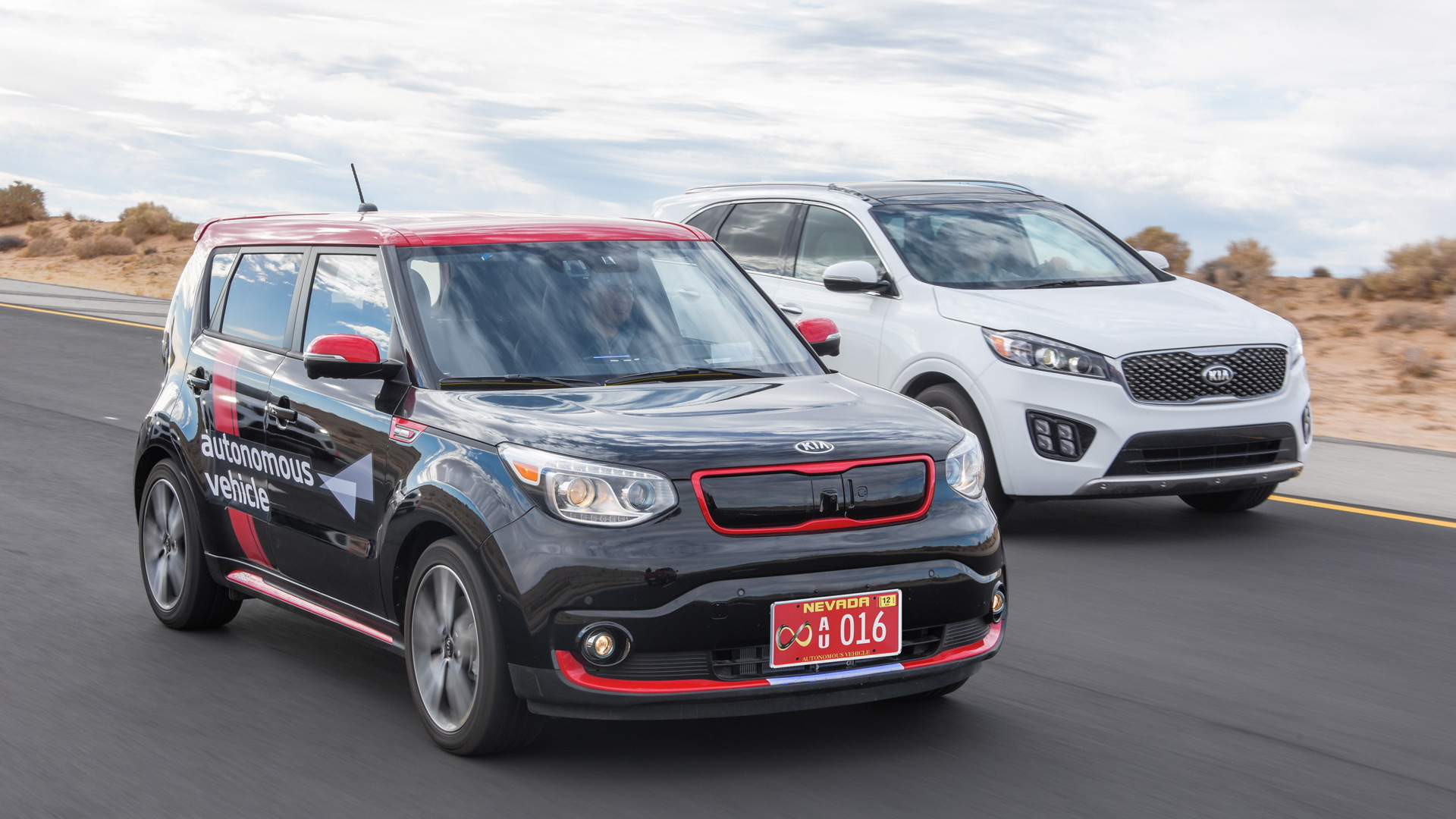 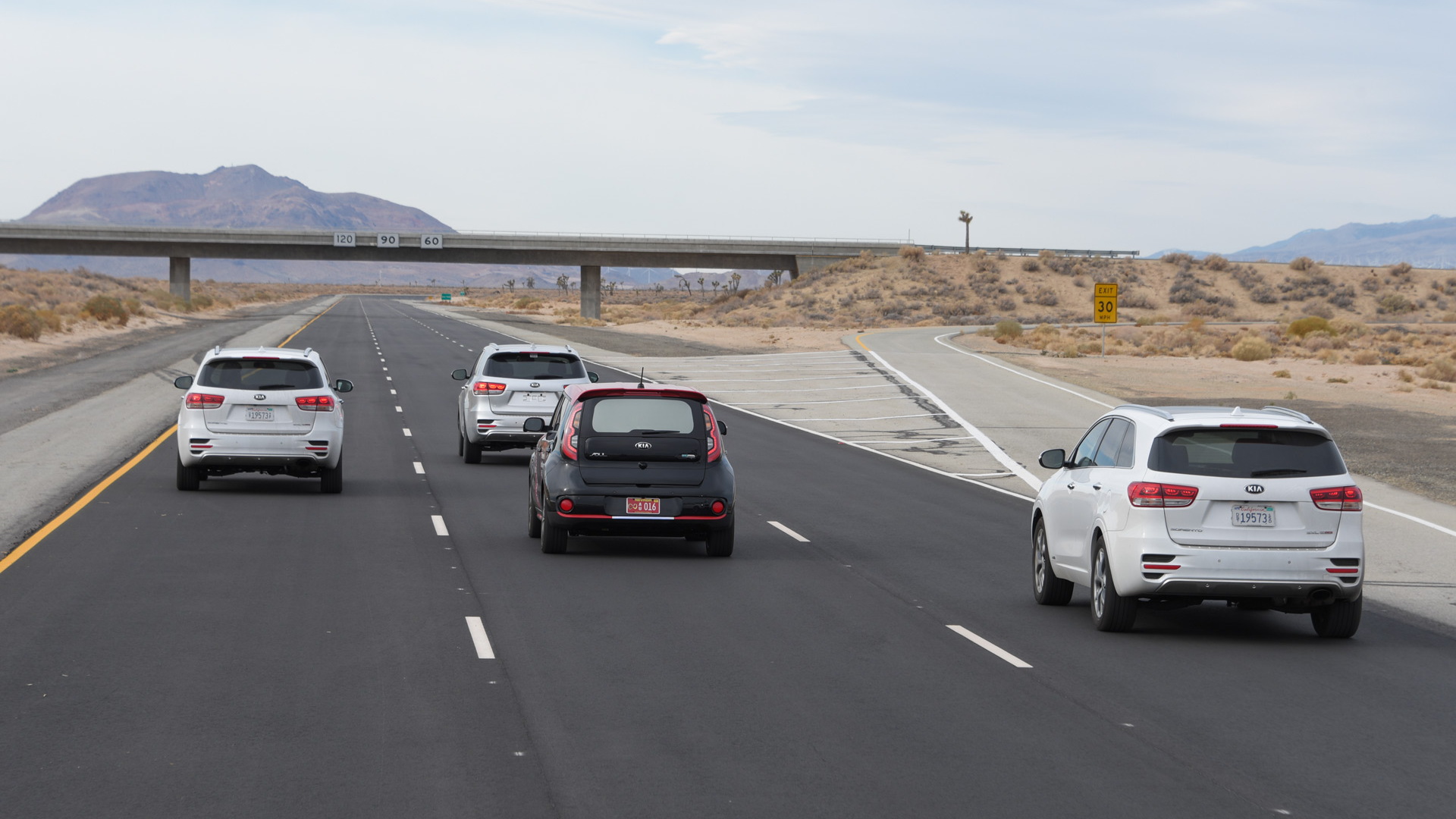 So far, autonomous car research has been the domain of the luxury automakers but we’re starting to see more mainstream brands embrace the technology as the realization grows that fully self-driving cars are going to be a reality in the next decade or two. While brands like Mercedes-Benz, Tesla Motors [NSDQ:TSLA] and Volvo are leading the way, Nissan has also been quite vocal about its autonomous car ambitions and more recently Toyota joined the fray. Now it’s Kia’s turn.

The Korean automaker used this week’s Consumer Electronics Show in Las Vegas to announce Drive Wise. Drive Wise is the heading for Kia’s upcoming range of autonomous driving features that will initially include electronic driver aids but eventually expand to include semi-autonomous systems and eventually full-autonomous systems. Kia has set a target date of 2030 for a fully self-driving car to be in one of its showrooms.

CHECK OUT: Ford Doubles Down On Autonomous Car Research: Video

Things like adaptive cruise control and automatic braking are already on offer but by 2020 Kia plans to offer some semi-autonomous features such as an automatic parking mode, a traffic jam assistant and a highway driving mode. Eventually, more capable features will be introduced including one that can handle complex urban environments. Kia says the car will rely on GPS and sensors to identify its position on the road, allowing it to safely navigate through densely-congested city environments.

The final step towards fully self-driving cars will be applying vehicle-to-object (V2X) communications. V2X applies a series of sensors, radar, LiDAR (Light Detection And Ranging radar) and external cameras, to perceive the surrounding environment and all relevant obstacles, as a human driver does. The system incorporates vehicle-to-vehicle (V2V) and vehicle-to-infrastructure (V2I) technologies as well, allowing the car to recognize, judge and control every driving scenario, obstacle or potential threat.

Kia has been granted a special license to test its autonomous cars in Nevada and will initially use its Soul EV as the testbed for Drive Wise features. The automaker says the main aim of Drive Wise is to help improve vehicle safety. It sees autonomous technology as being the best means of eliminating many of the inherent dangers, stresses and hassles of driving on today’s congested roads.