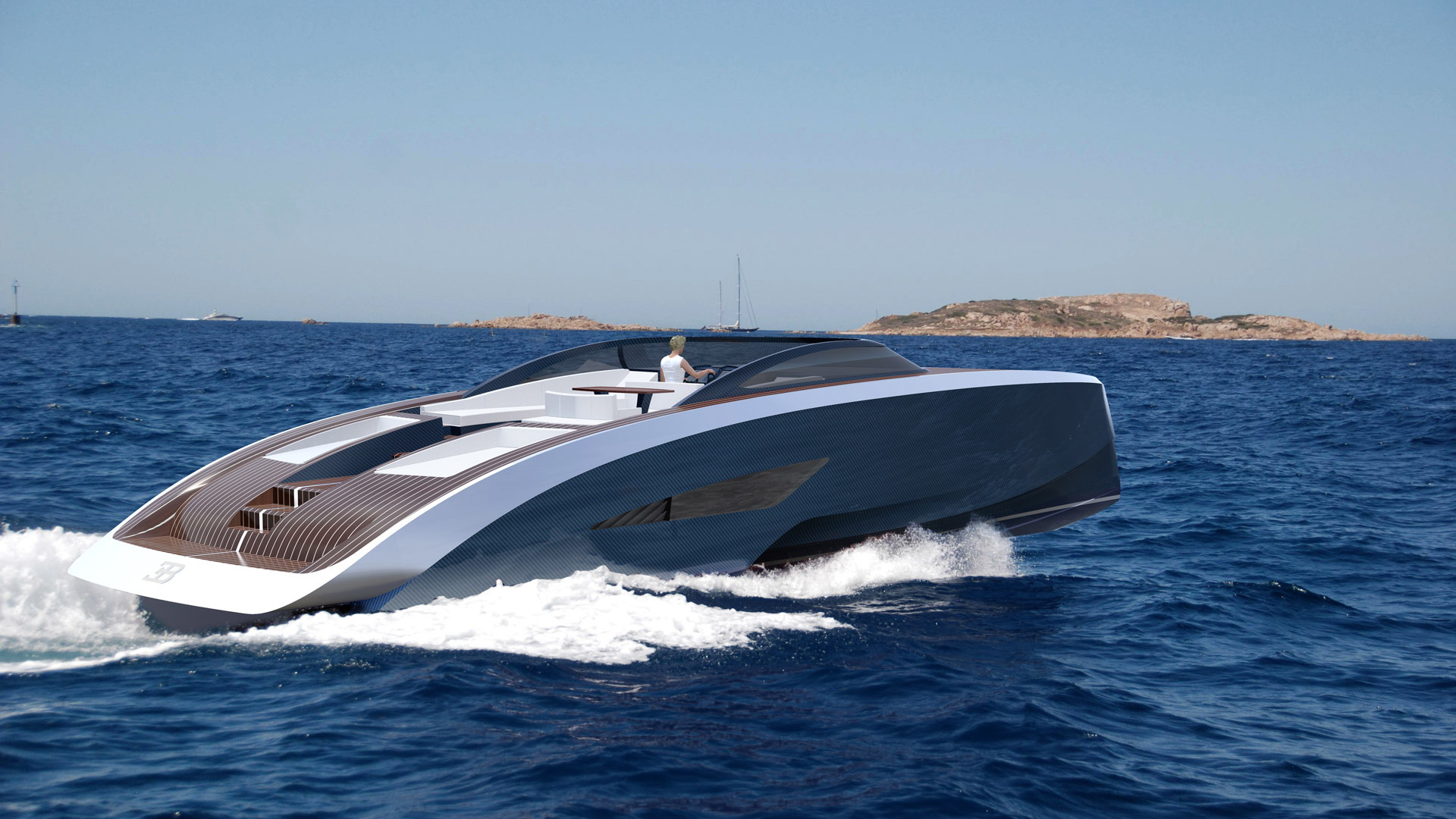 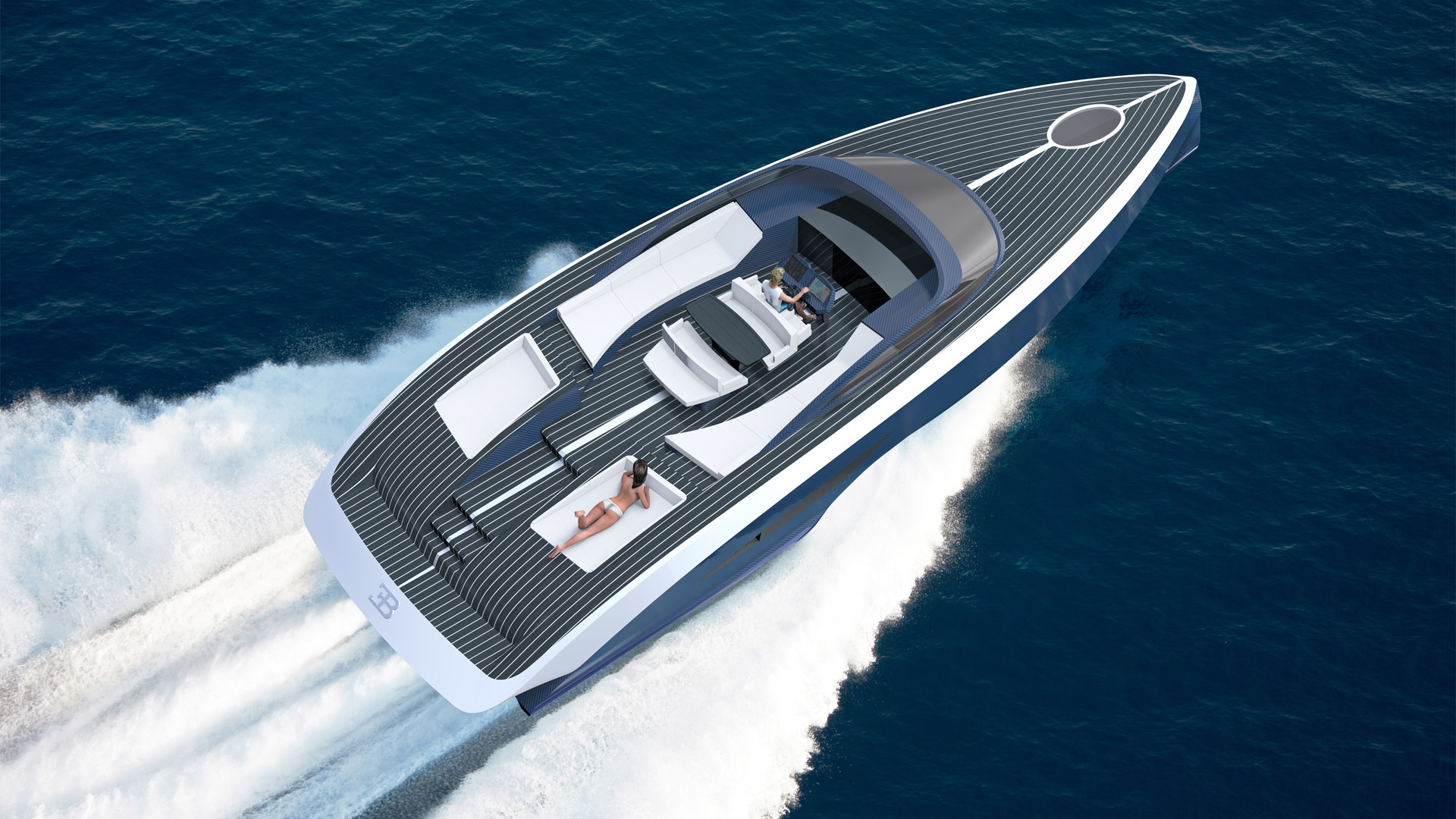 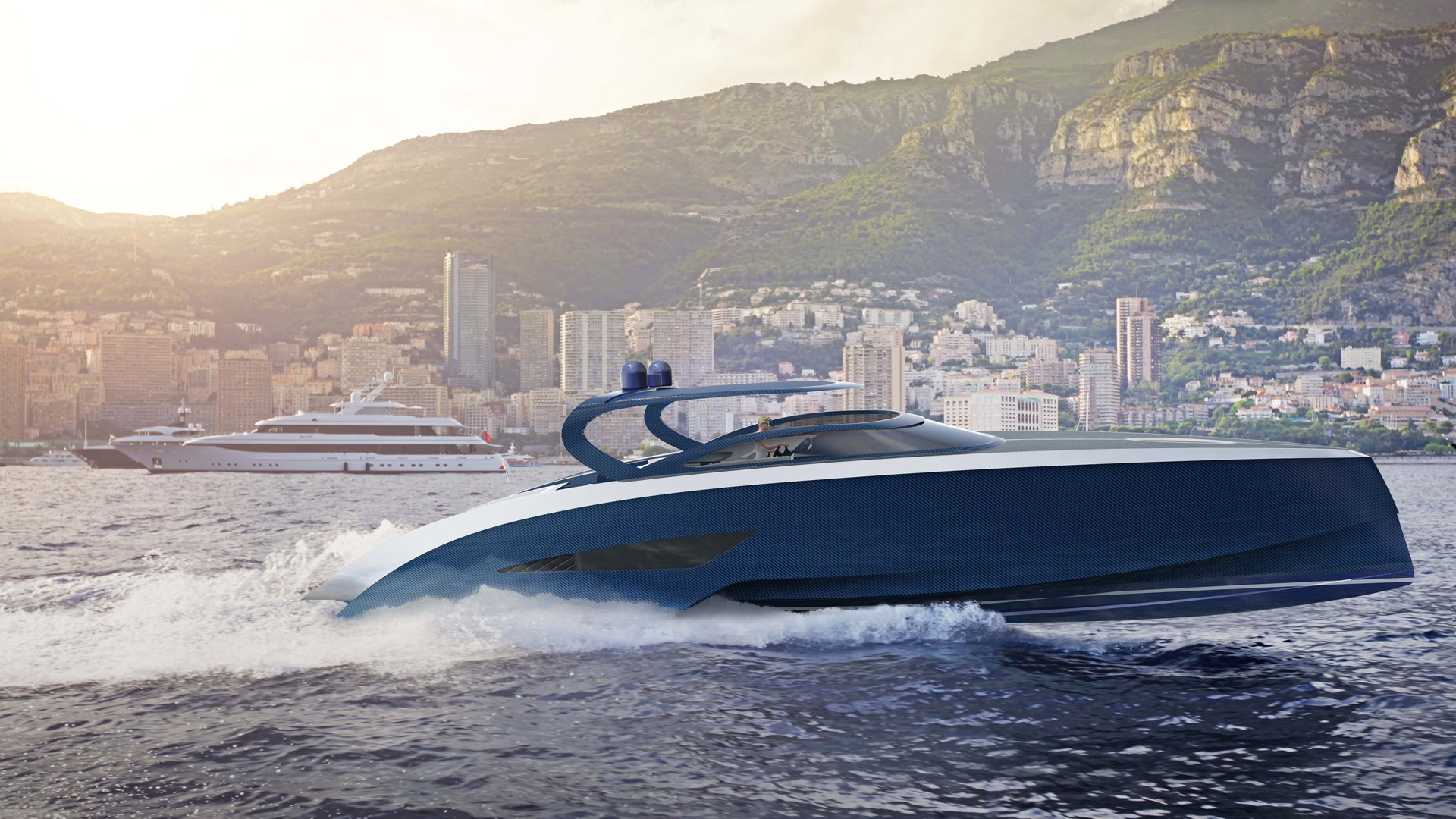 Legendary yacht builder Palmer Johnson, whose creations are known for their speed and luxury, with some even ending up in the hands of royalty, plans to build a range of yachts featuring distinctive design elements and advanced materials similar to those used in Bugatti’s supercars.

Bugatti founder Ettore Bugatti had developed racing yachts back in the 1930s and often gave them names close to his heart, and in keeping with this tradition Palmer Johnson has applied the Niniette name to the new line of Bugatti-inspired boats. Niniette was the nickname of Ettore Bugatti’s daughter Lidia.

The Niniette features carbon fiber construction and combines elements from iconic Bugatti cars with the revolutionary hull shape of Palmer Johnson’s SuperSport series. Specific elements include a two-tone color scheme, a falling shoulder line like that from the Type 57C Atalante and the grand proportions of the Type 41 Royale.

But there are modern touches, too. Viewed from the side, the design is highlighted by a contrasting blend of titanium and exposed carbon fiber. For the deck, a combination of bubinga, maple or morta oak wood trim provides a contrast with the advanced materials used in the construction.

Below the deck, there’s accommodation for up to four guests and a small crew. Here, you’ll also find only the finest materials and buyers can have Bugatti tailor the design. Buyers can also specify the powertrain and Palmer Johnson says it offers configurations that allow a top speed in excess of 38 knots (approximately 44 mph).

The Niniette is offered in three distinct sizes—42 feet, 63 ft and 88 ft—with the smallest starting at 2 million euros (approximately $2.17 million).