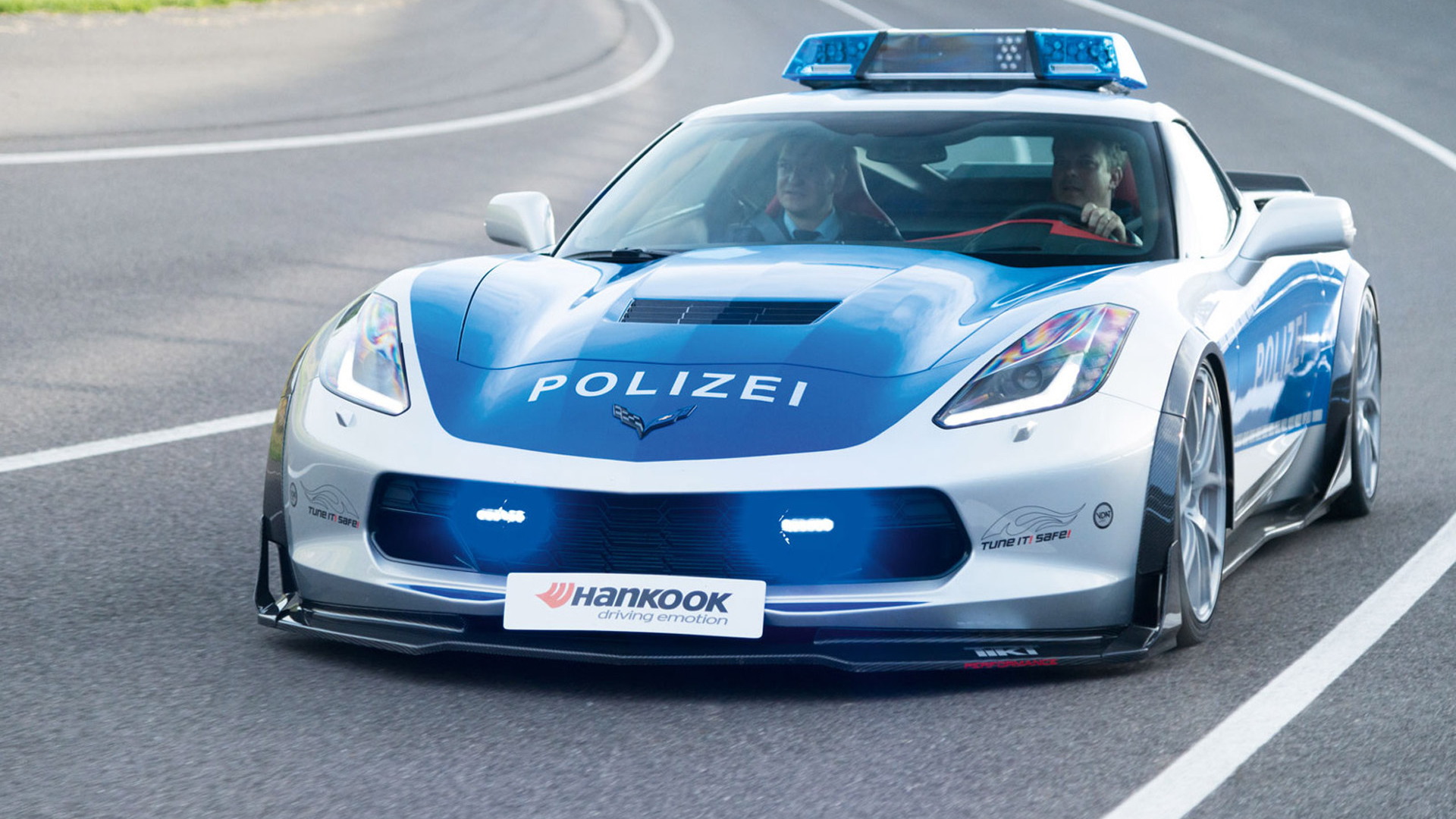 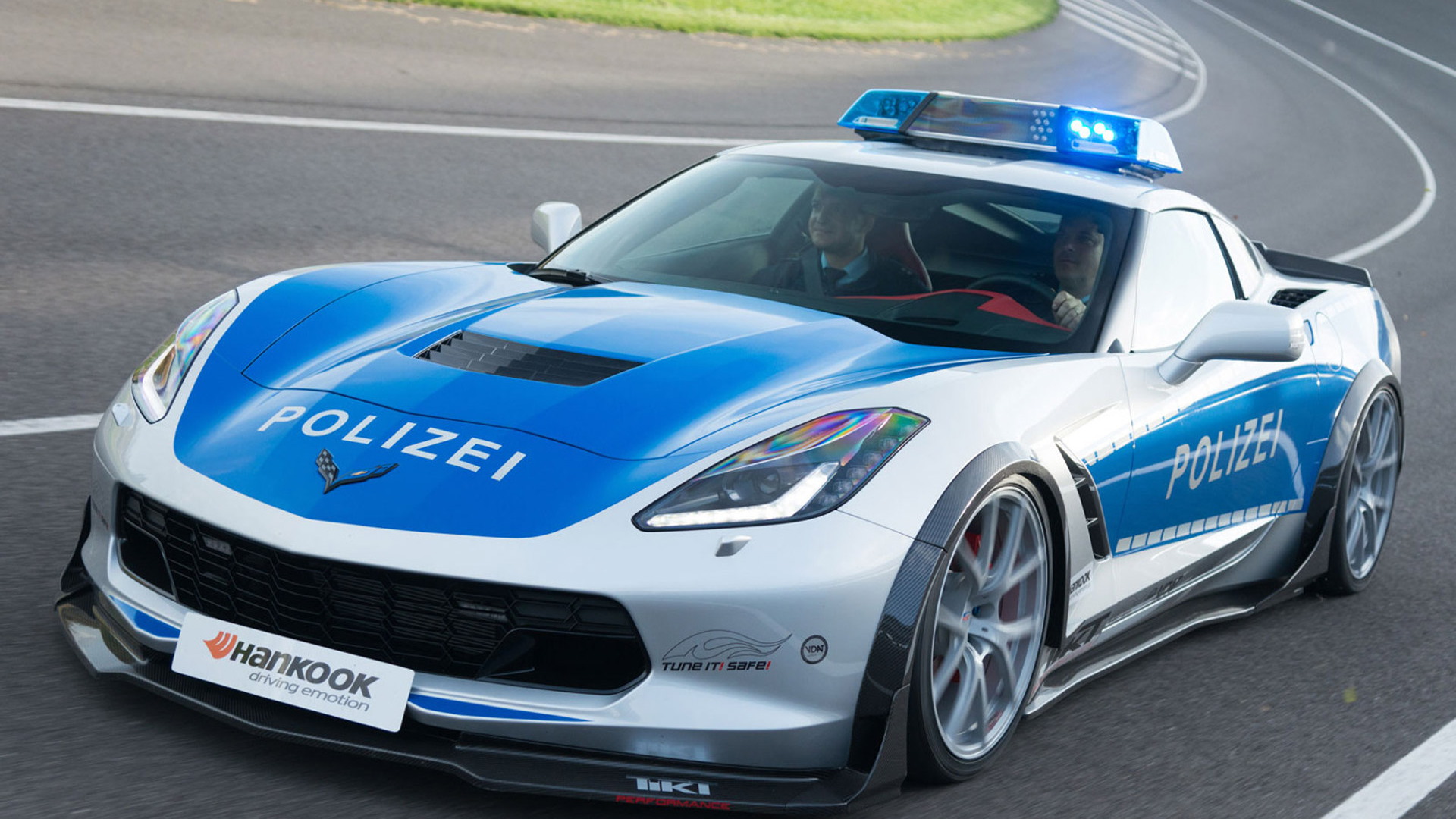 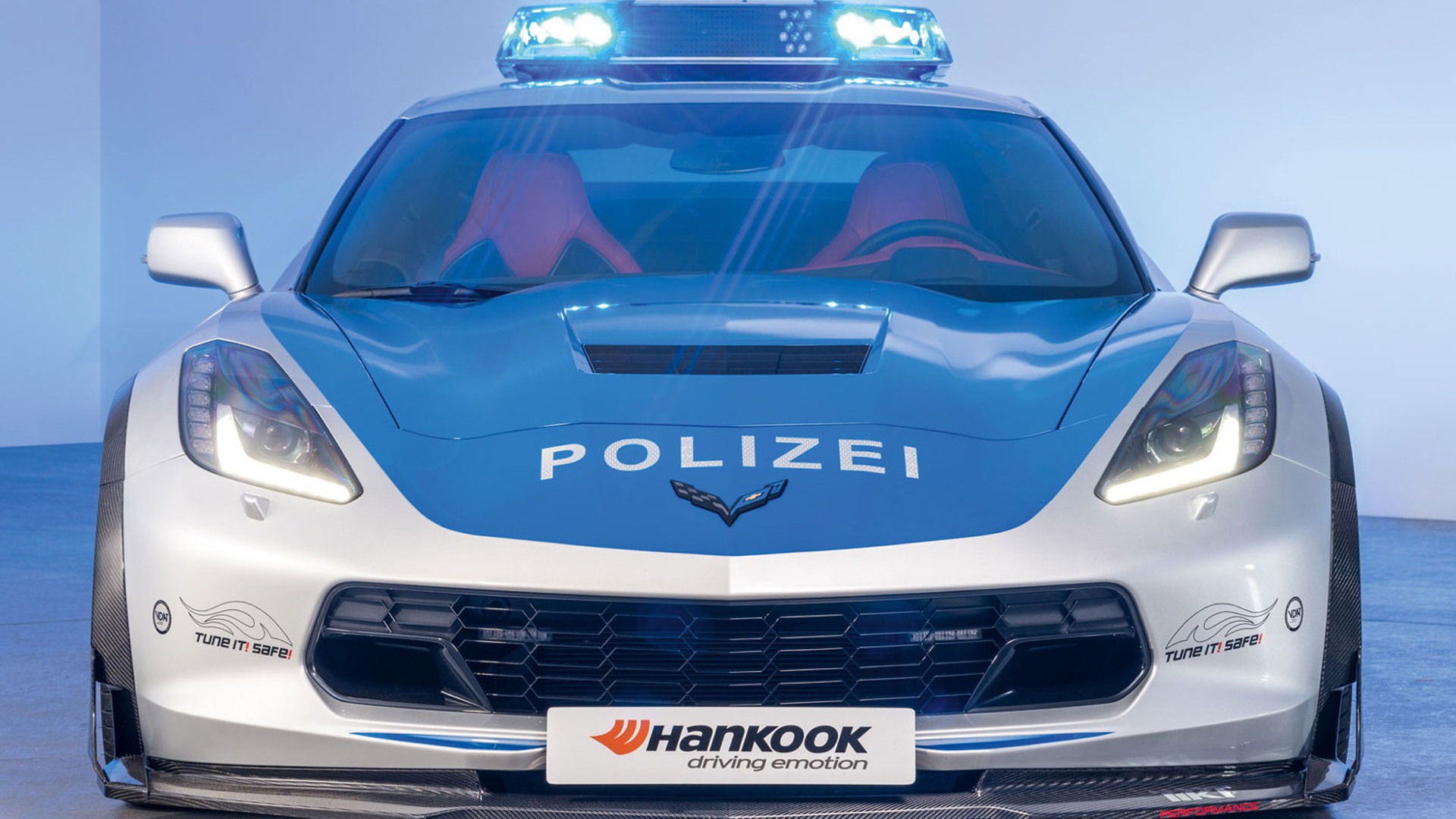 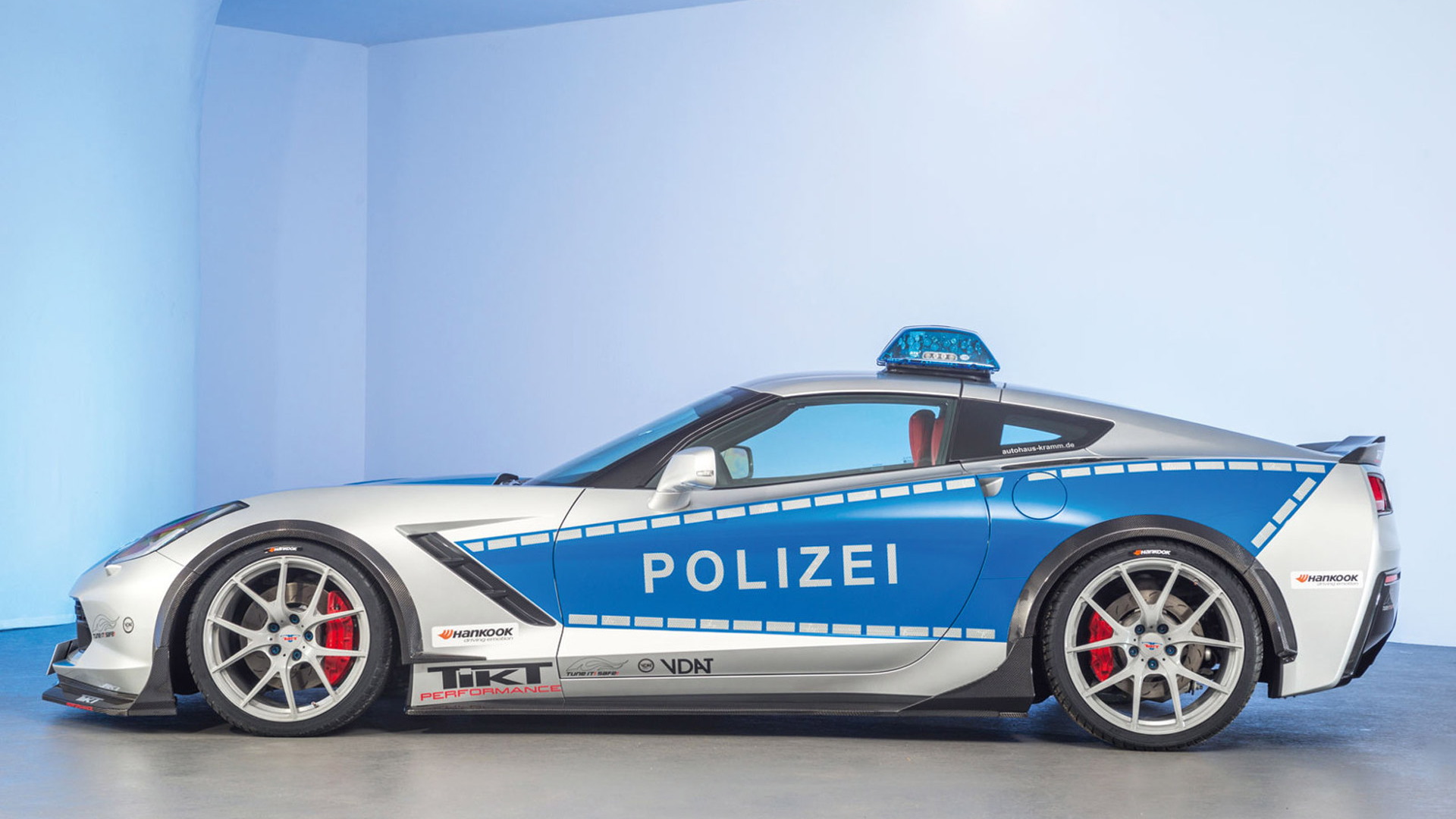 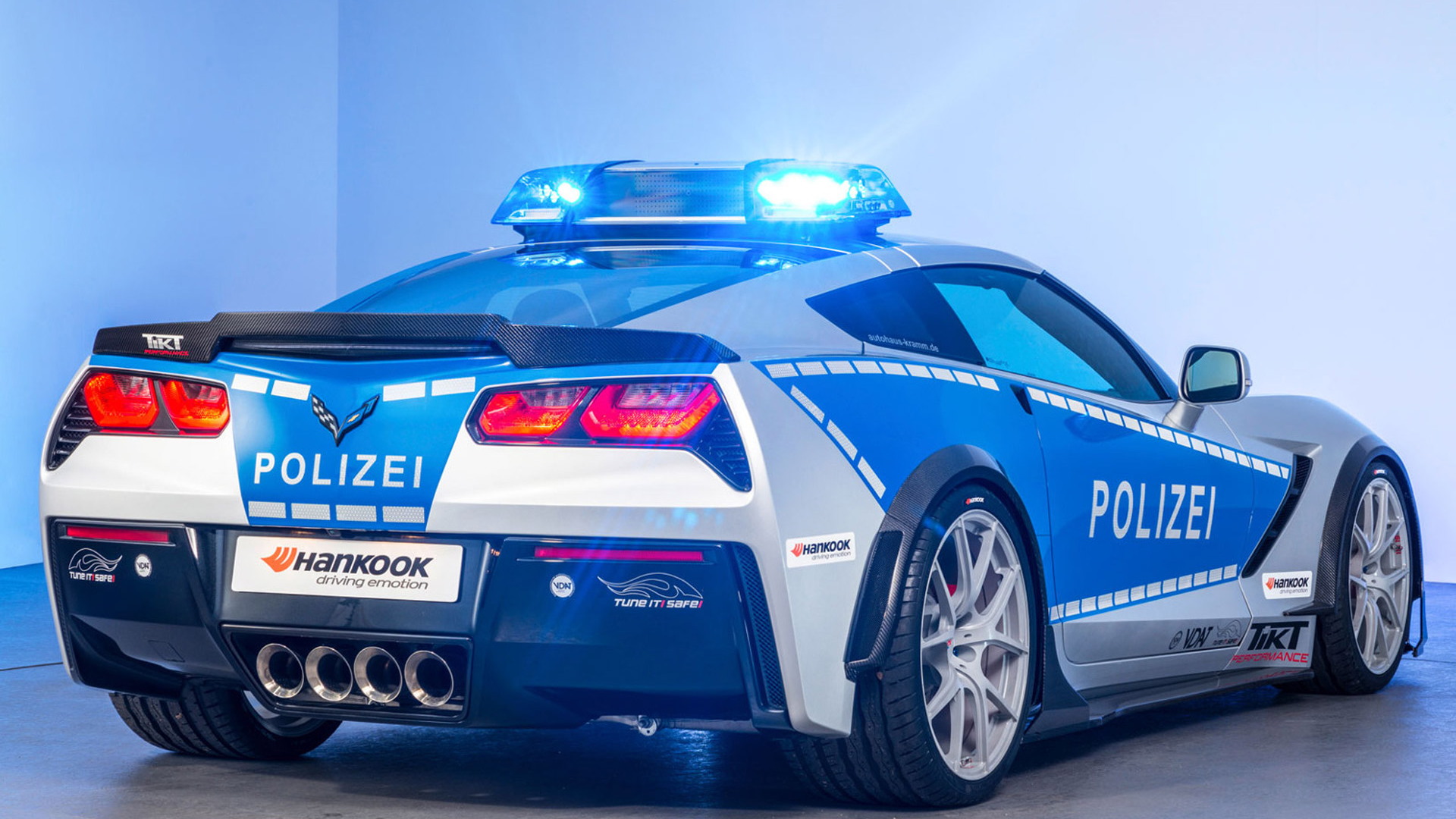 No, German police aren’t about to enlist a Chevrolet Corvette among their fleet of patrol cars. Rather, this particular Corvette, dressed in police livery, has been built to help promote safe and legal vehicle modification.

The car was presented at this past weekend’s Essen Motor Show, and it’s the latest modified car to join the tuning mecca’s Tune It! Safe! program. The program is sponsored by Germany’s Federal Ministry of Transport and is now in its 11th year.

Performing the upgrades to the car was German Corvette specialist TIKT Performance. The company added a custom wide-body kit made from carbon fiber as well as forged alloy wheels (19 inches up front and 20 in at the rear) wrapped in Hankook Ventus S1 Evo tires.

No changes were made to the powertrain, which remains the Corvette’s standard 6.2-liter LT1 V-8. Thanks to the fitment of the car’s Z51 performance package, peak output registers at 460 horsepower and 465 pound-feet of torque. The transmission is the Corvette’s seven-speed manual.

For past Essen Motor Show coverage, head to our dedicated hub.