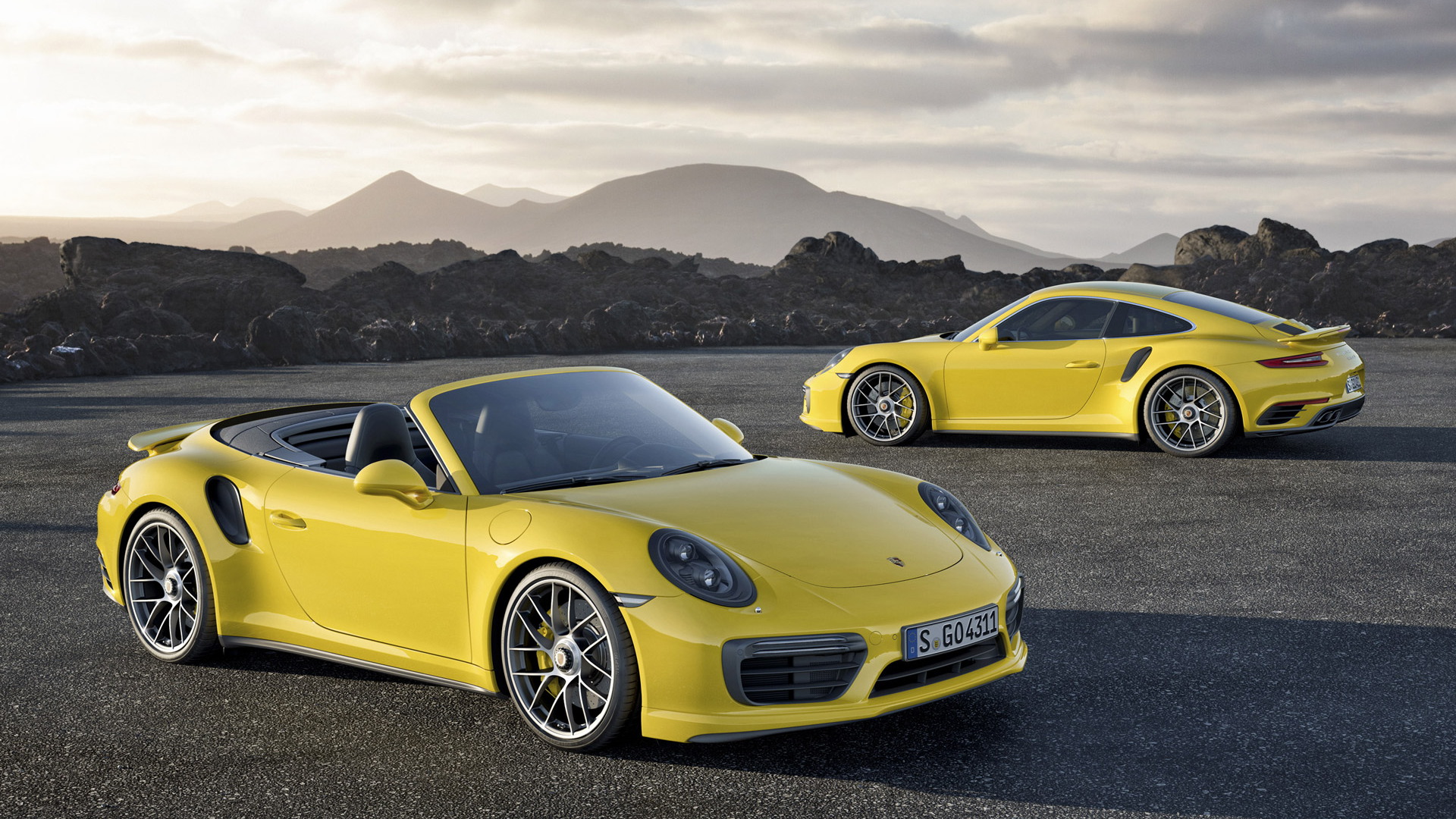 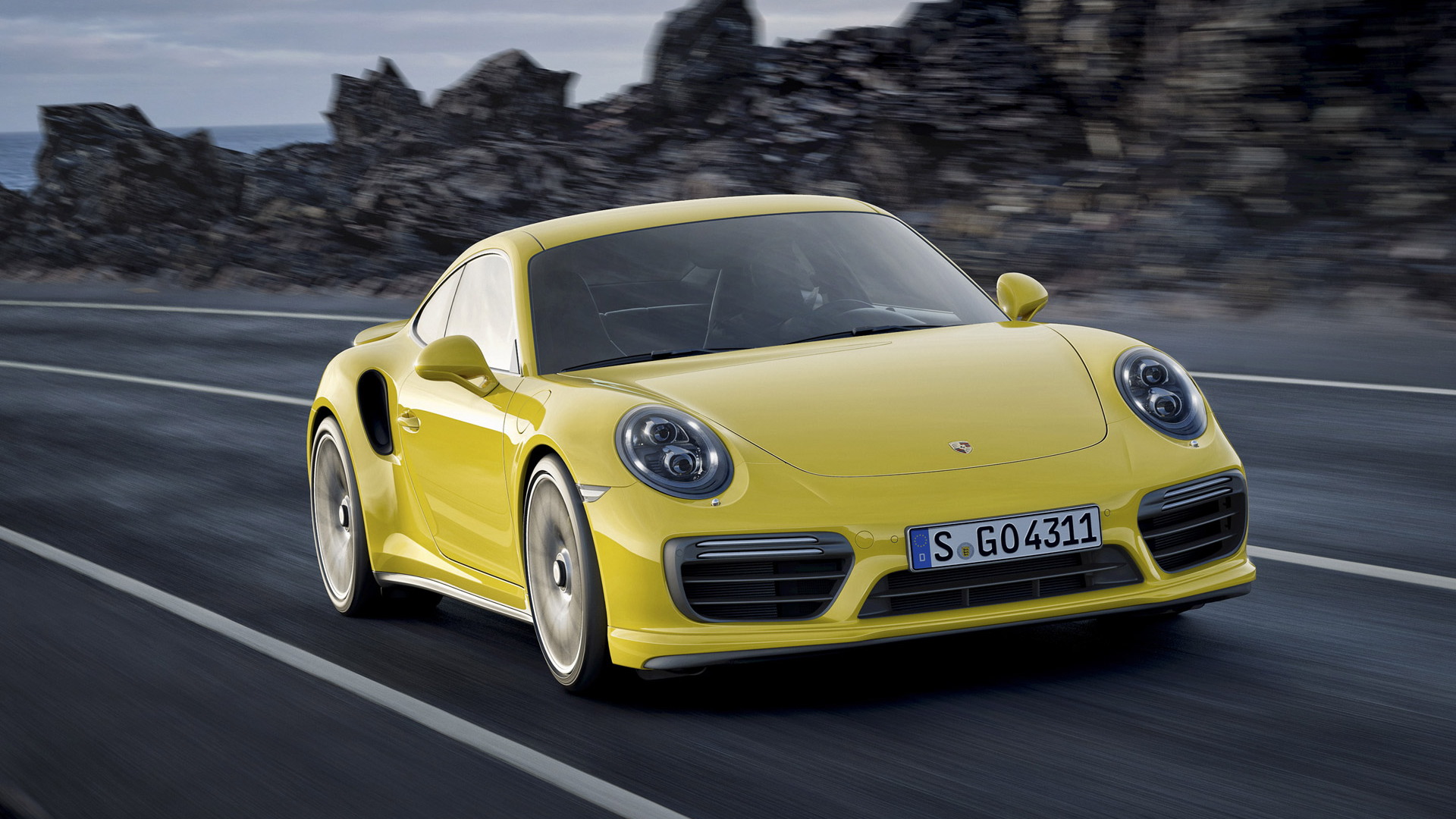 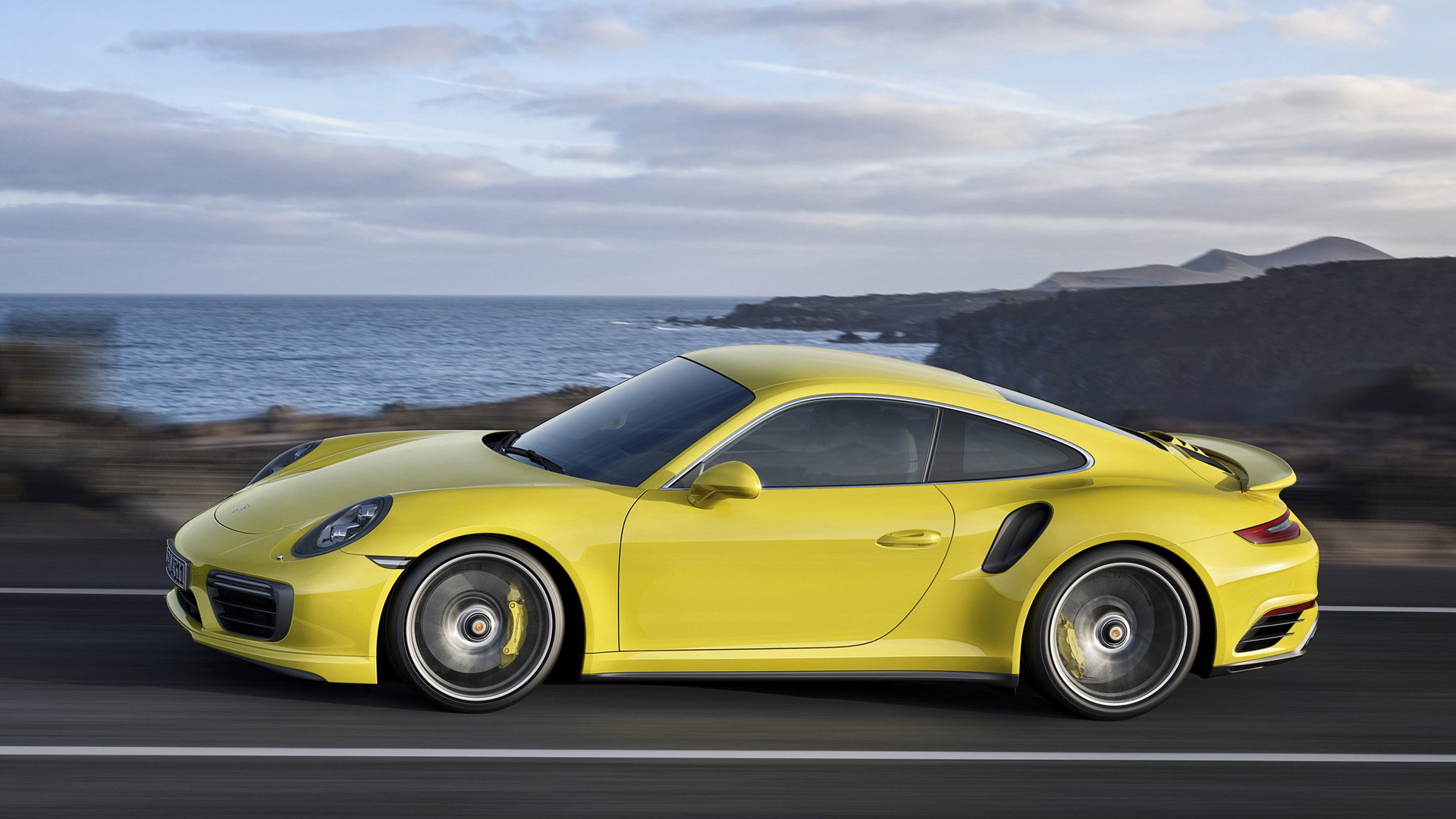 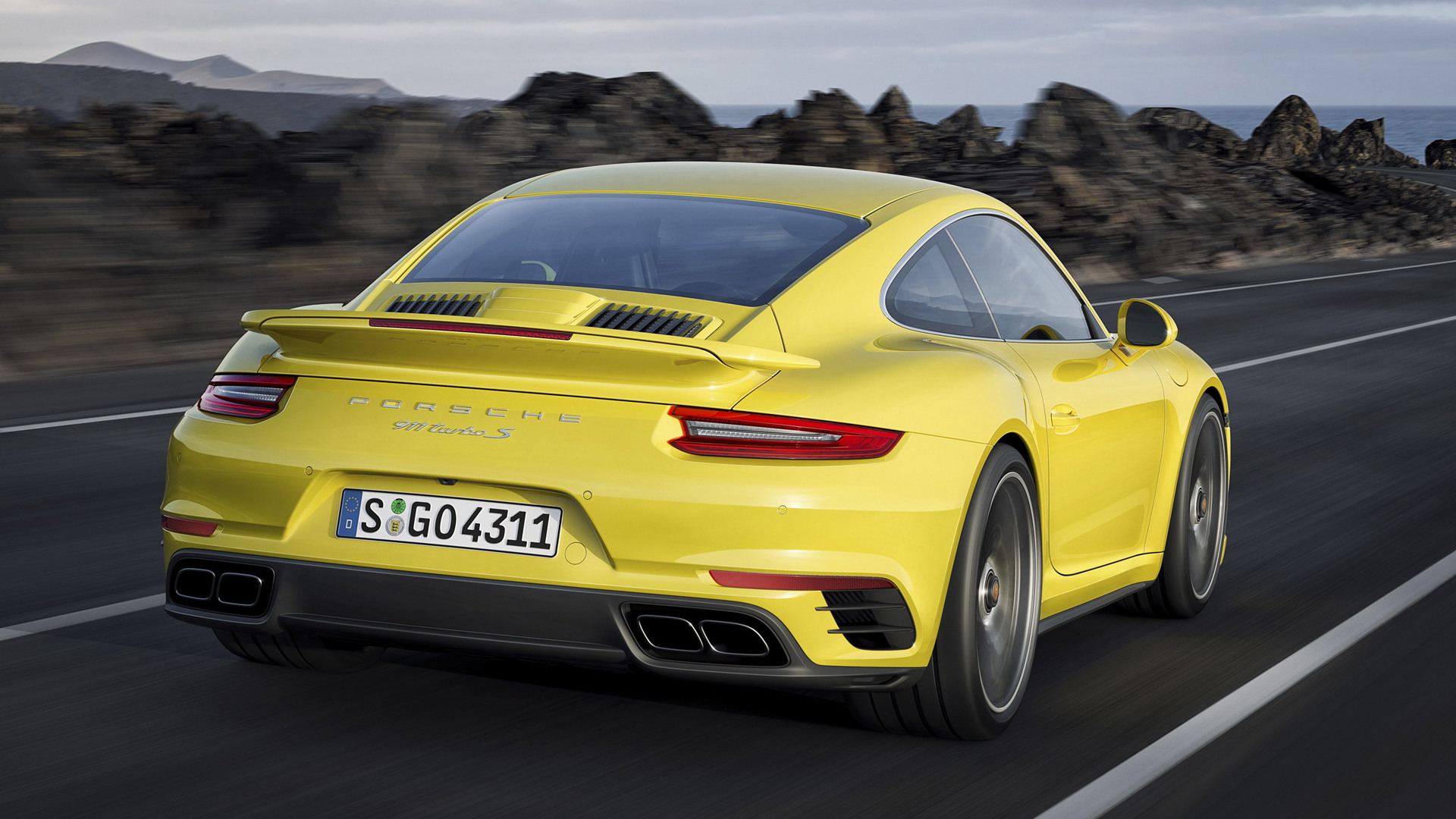 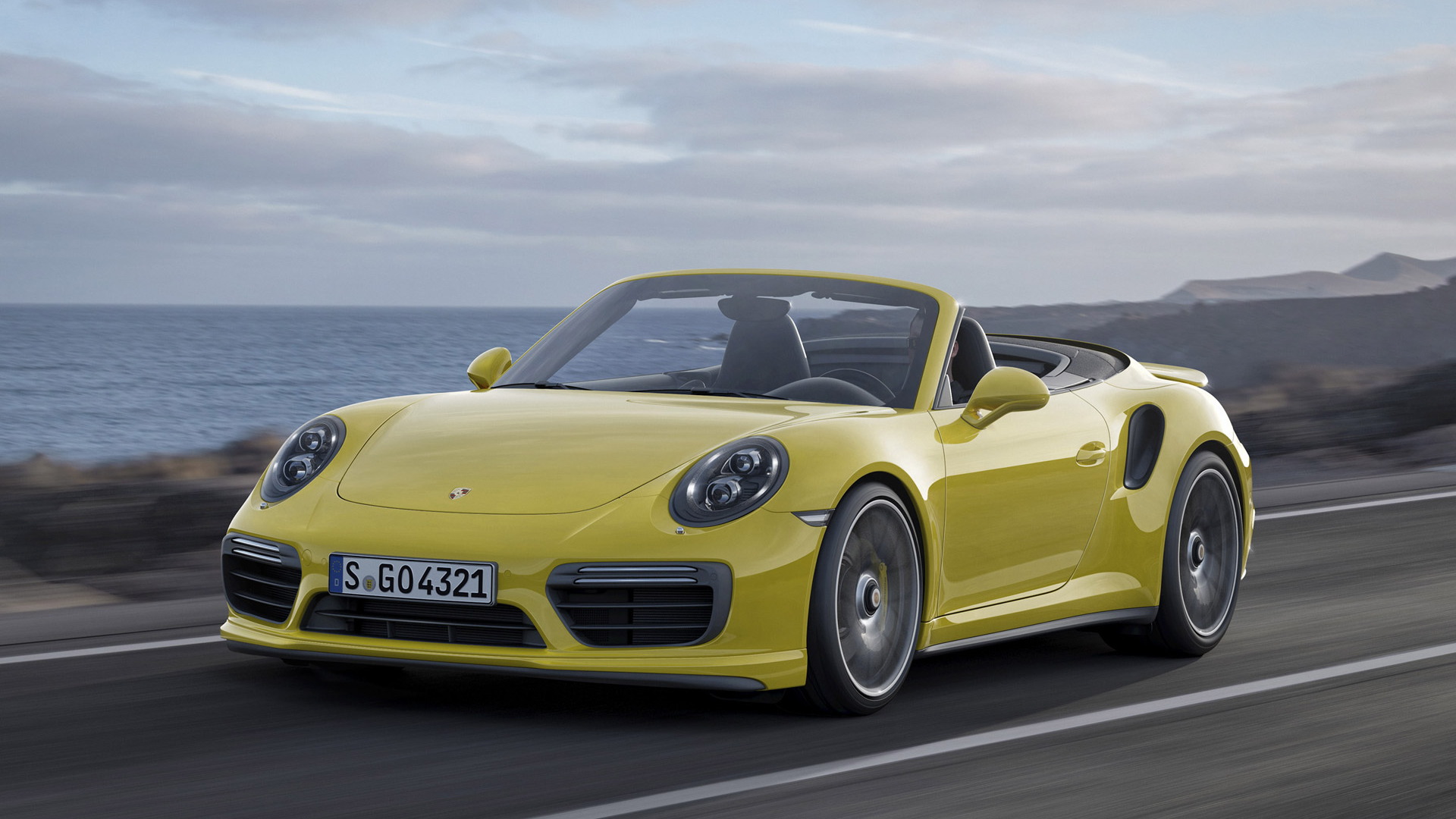 Porsche has slowly been introducing updated versions of its 911 family, with most of the cars now featuring turbocharged engines—previously a bragging right of the actual ‘Turbo’ models only. However, to ensure that the 911 Turbo models still reign supreme, they’ve been given a power boost that sees them encroach on supercar territory.

For the 2017 model year, both the 911 Turbo and 911 Turbo S stick with twin-turbocharged 3.8-liter flat-six engines but now output registers at 540 horsepower and 580 hp respectively. That represents a 20-hp bump in power for each compared to the previous model. Torque, meanwhile, registers at 523 pound-feet in the Turbo and 553 lb-ft in the Turbo S (with overboost).

Modifications made to the engine include new intake ports in the cylinder heads, new fuel injectors, and higher fuel pressure. There’s also a new dynamic boost function that improves throttle response by maintaining the boost pressure even when the driver lifts off the gas pedal slightly. This ensures that the engine is always on the boil during spirited driving. 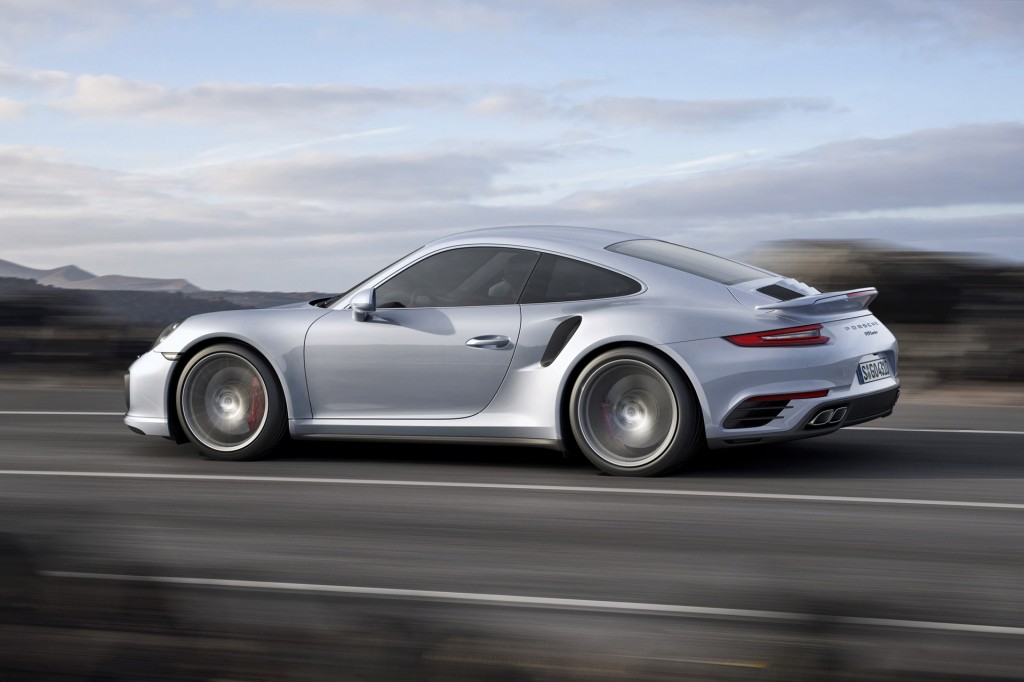 With a seven-speed dual-clutch transmission, all-wheel drive and the Sport Chrono Package all as standard, the Turbo S will now sprint to 60 mph in just 2.8 seconds, 0.1 of a second quicker than before. The Turbo will achieve the same feat in 2.9 seconds. The respective top speeds are 205 mph and 198 mph.

In the cabin, the cars get the sports steering wheel from the 918 Spyder supercar. This features a rotary dial that allows you to switch between the Normal, Sport, Sport Plus, or Individual modes for controlling dynamic settings such as the shift times, throttle response and suspension damping. A black button in the center of the dial turns everything to the max. 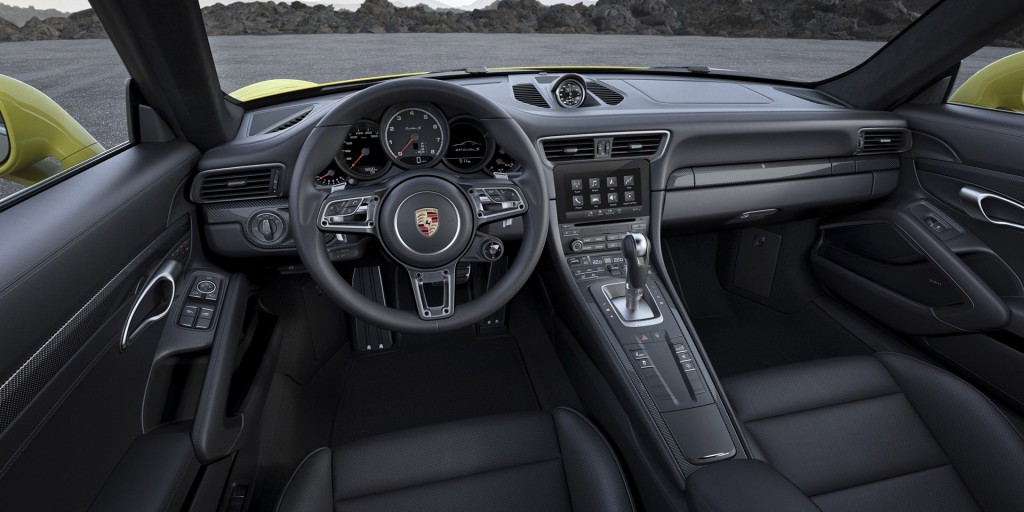 As in all the updated 911 models, the cars also get the new PCM with navigation infotainment system. This is controlled by a 7.0-inch touchscreen display in the center console. The system responds to handwritten inputs, offers real-time traffic information, has 360-degree images and satellite images, and enables numerous connectivity options including Wi-Fi.

On the outside, you’ll spot a redesigned front with side air blades and a new design for the daytime running lights. At the rear, the bumper, exhaust tips and engine cover have all been redesigned. The tail lights have also been given a tweak and the standard 20-inch wheels have received new patterns. As before, the Turbo S can be distinguished by stainless steel exhaust tips in black chrome, while the Turbo is fitted with those in high gloss chrome.

The 2017 Porsche 911 Turbo range will make its official world debut next month at the 2016 Detroit Auto Show. The cars should reach showrooms by next April. The pricing, including Porsche’s standard $995 destination charge, is as follows:

The Detroit Auto Show starts January 13. To see what else is happening at the event, head to our dedicated hub.