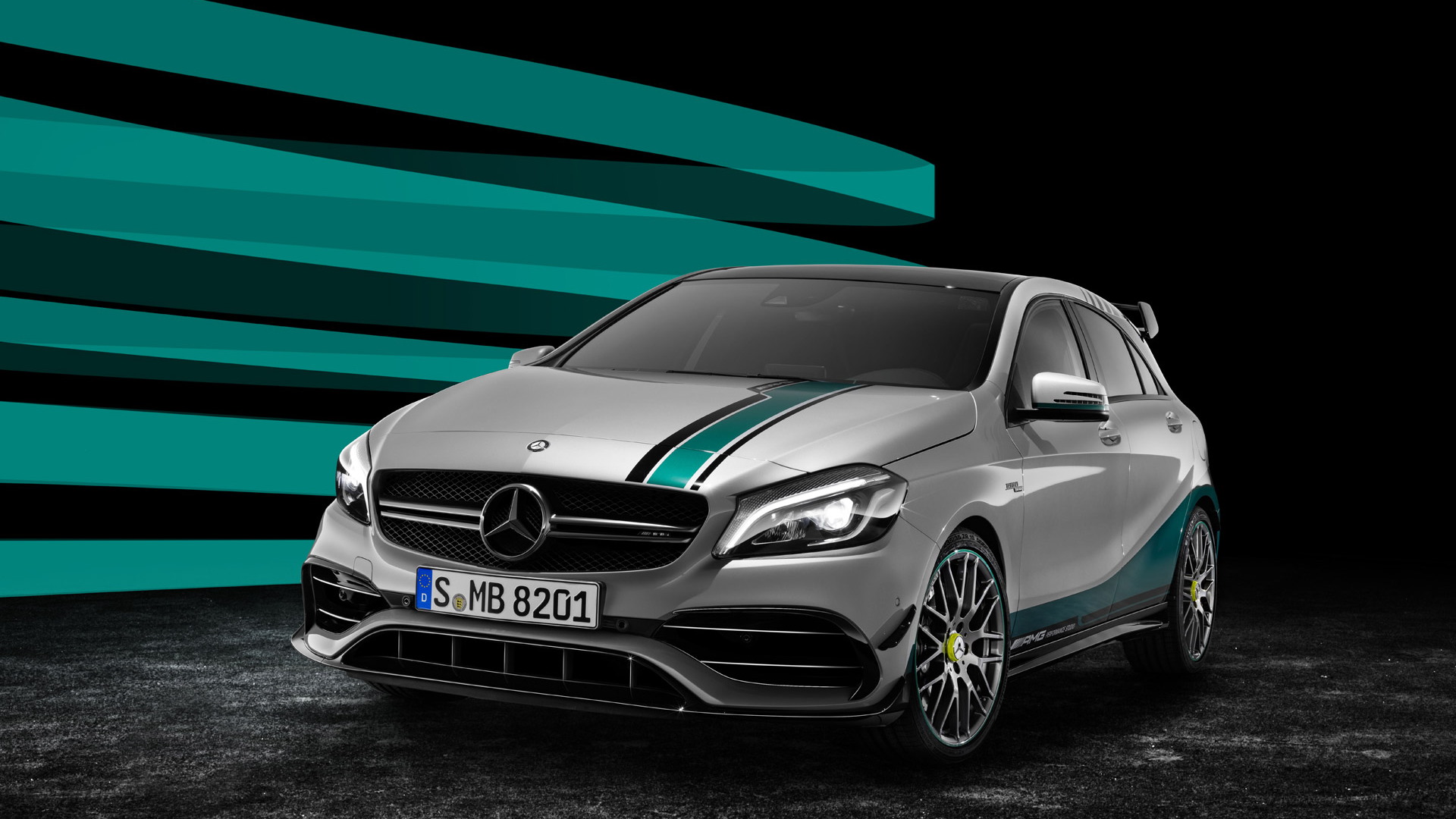 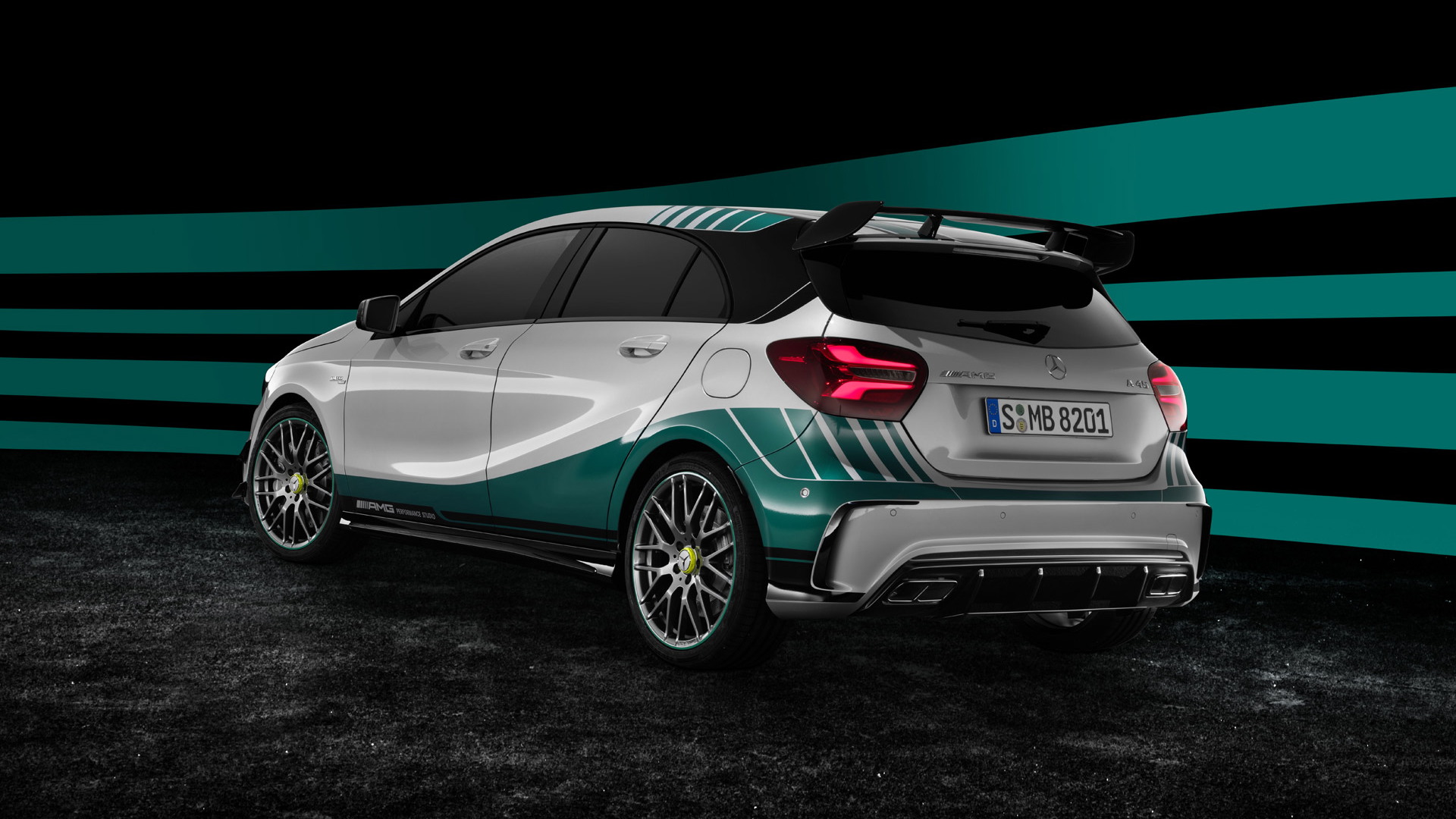 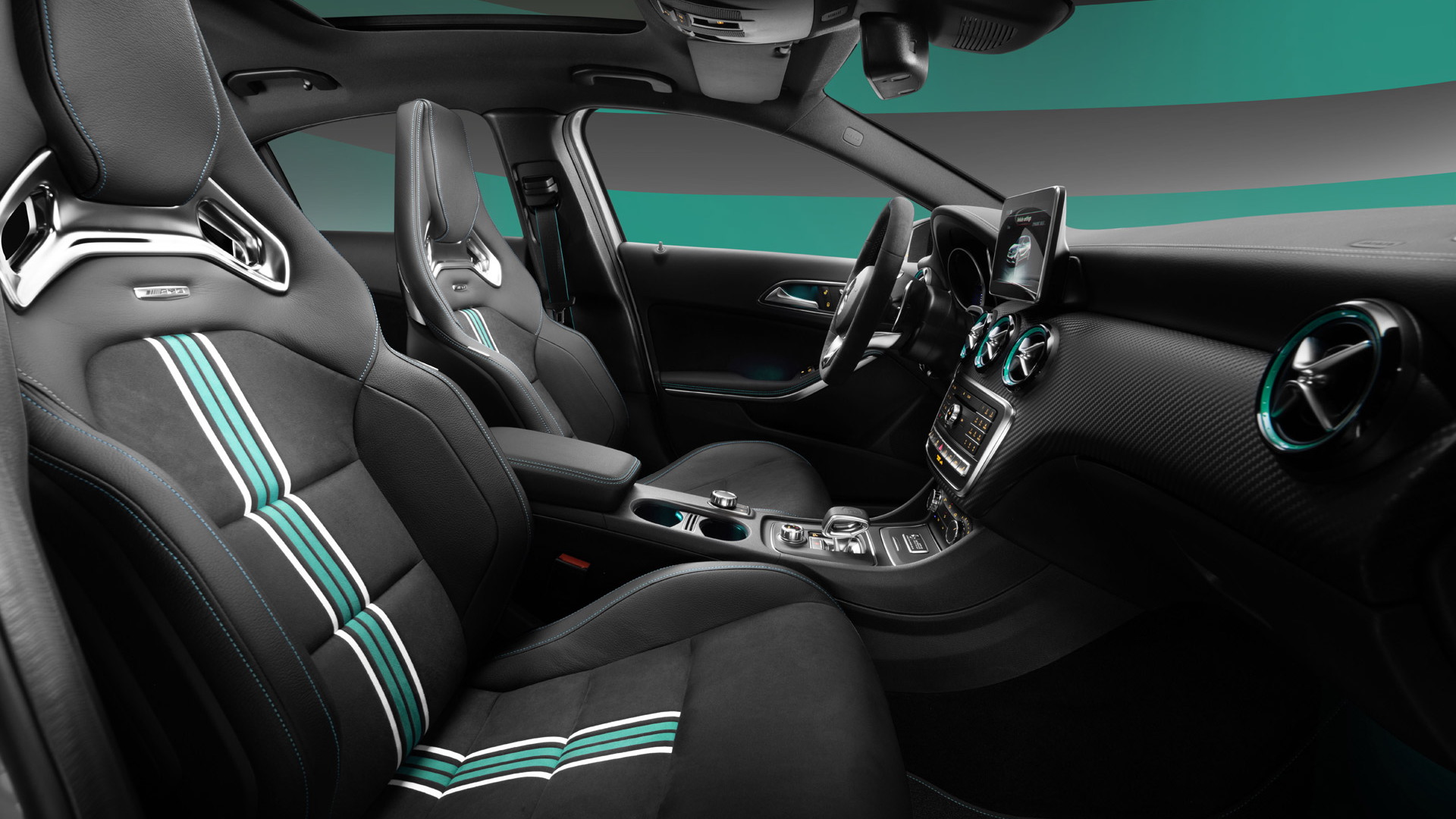 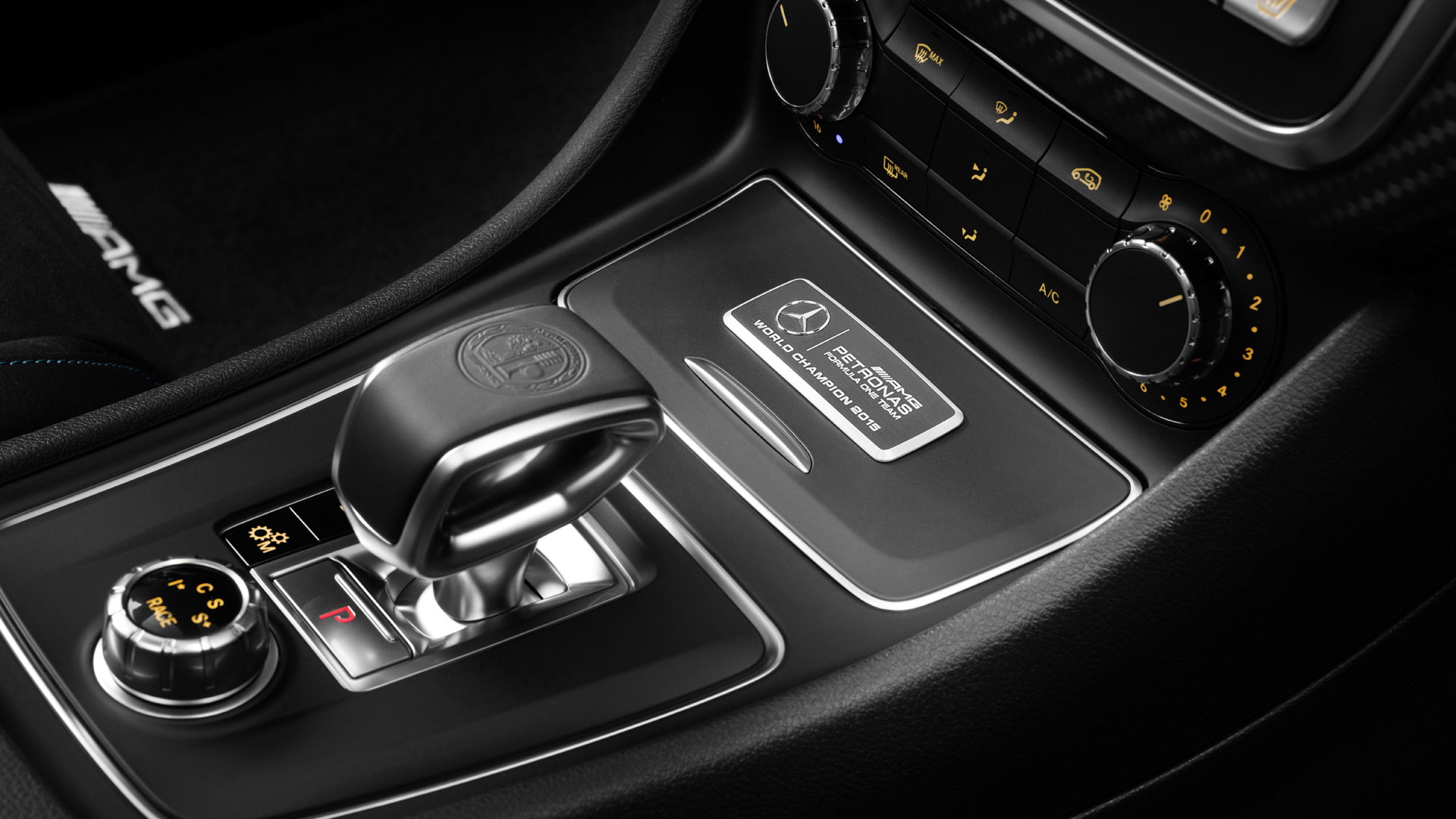 With the Mercedes AMG Petronas Formula One team and its star driver Lewis Hamilton once again the world champions, Mercedes-AMG has decided to celebrate with a special edition version of its A45 hot hatch. You may recall that the Affalterbach tuner celebrated last year’s title with a special SL63.

While the special SL63 was designed by Hamilton and his teammate Nico Rosberg, the special A45, known as the A45 World Champion Edition, features a design inspired by the F1 team and its silver livery. The shade of green represents title sponsor Petronas.

The car also dons all the A45’s aero accessories such as the extended front splitter, front canards and roof-mounted rear spoiler. The wheels are a special 19-inch set finished in gray paint with a green accent.

A similar theme continues into the cabin where a plaque on the center console highlights the significance of the model. Further upgrades include a number of extras as standard such as the A45’s night package, performance seats, and the Dynamic Plus vehicle dynamics control system.

Under the hood remains the familiar turbocharged 2.0-liter four-cylinder fitted to all Mercedes-AMG compacts. Peak output registers at 375 horsepower and 350 pound-feet of torque, with drive going to all four wheels via a seven-speed dual-clutch transmission and a differential lock. That’s enough for 0-62 mph acceleration in just 4.2 seconds.

Sadly, since the A45, along with the rest of the Mercedes A-Class range, isn’t sold in the United States, this A45 World Champion Edition will have to remain forbidden fruit.