Mercedes AMG’s Lewis Hamilton secured his third Formula One World Drivers’ Championship after winning yesterday’s United States Grand Prix at Austin’s Circuit of the Americas and boosting his points tally to an unbeatable 327. The race turned out to be quite the spectacle thanks to two virtual and two actual safety car periods, plus it wasn’t until lap 49 of 56 that it looked likely Hamilton would win.

Up until then, Mercedes’ other man Nico Rosberg was on the chase and was even in the lead at some points. However, the German would lose the top position for good after some wheelspin. He still managed to finish the race second, making it yet another one-two finish for Mercedes this season.

Third place went to Ferrari’s Sebastian Vettel, who ran an impressive race having started all the way back at 13th on the grid due to an engine penalty. His result means he is still in contention for the runner-up position in the Drivers’ Championship along with Rosberg. Three are still three races to go.

Fourth place went to Toro Rosso’s Max Verstappen who managed to stay clear of an impressive battle between his teammate Carlos Sainz as well as Force India’s Sergio Perez and McLaren drivers Fernando Alonso and Jenson Button. Sainz eventually suffered a five-second time penalty for pit-lane speeding, and later Alonso would fall back. This left things open for Perez to cross the line fifth, followed by Button in sixth and Sainz in seventh. 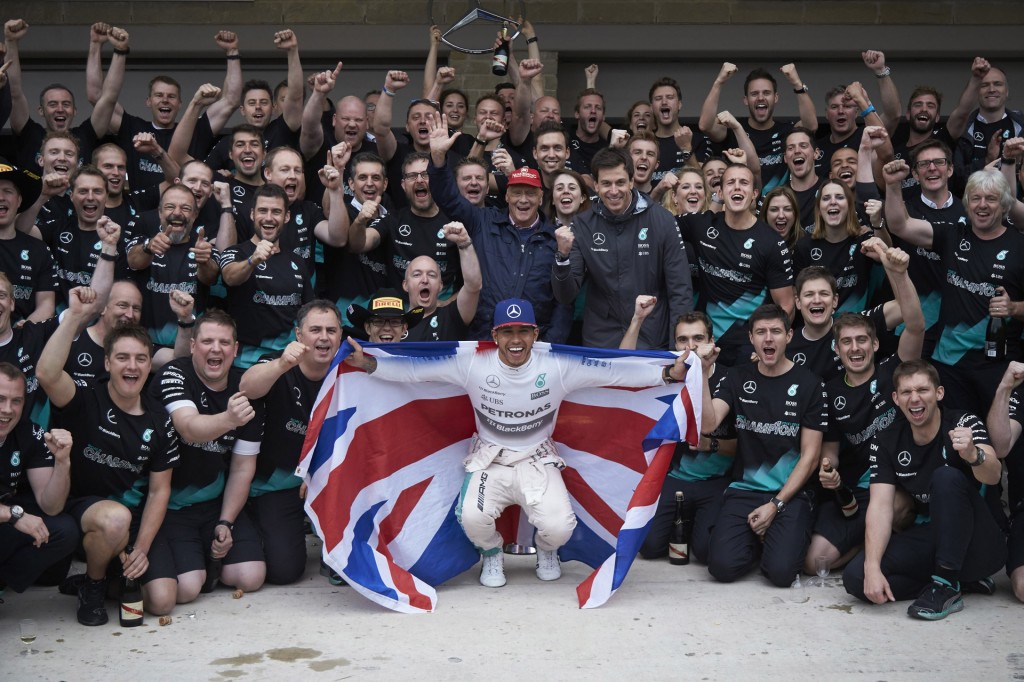 Lotus’ Pastor Maldonado crossed the line eighth ahead of Sauber’s Felipe Nasr in ninth and Infiniti Red Bull Racing’s Daniel Ricciardo in 10th. It was a tough day for Williams, with both its drivers forced to retire due to suspension trouble. Ferrari's other man Kimi Räikkönen also retired due to brake issues caused by an earlier impact.

Thanks to his efforts, Hamilton now sits on 327 points in the Drivers’ Championship. Vettel is second with 251 and Rosberg third with 247. In the Constructors’ Championship, Mercedes was already handed the title and currently enjoys 574 points versus the 374 of Ferrari and 220 of Williams. The next race on the calendar is the Mexican Grand Prix taking place this weekend.

Hamilton is now the 10th driver to have three titles under his belt, meaning he’s reached one of his life-long goals. It was always his dream to match the three titles won by his hero Ayrton Senna, and according to Hamilton that’s enough.

“My target was always three titles as [Senna] was the one who inspired me,” Hamilton said after the race. “There is no one I want to equal now—I just want to carry on as far and long as I can."

Hit the next page to see the full results of the 2015 Formula One United States Grand Prix.

Below are the full results for the 2015 Formula One United States Grand Prix: