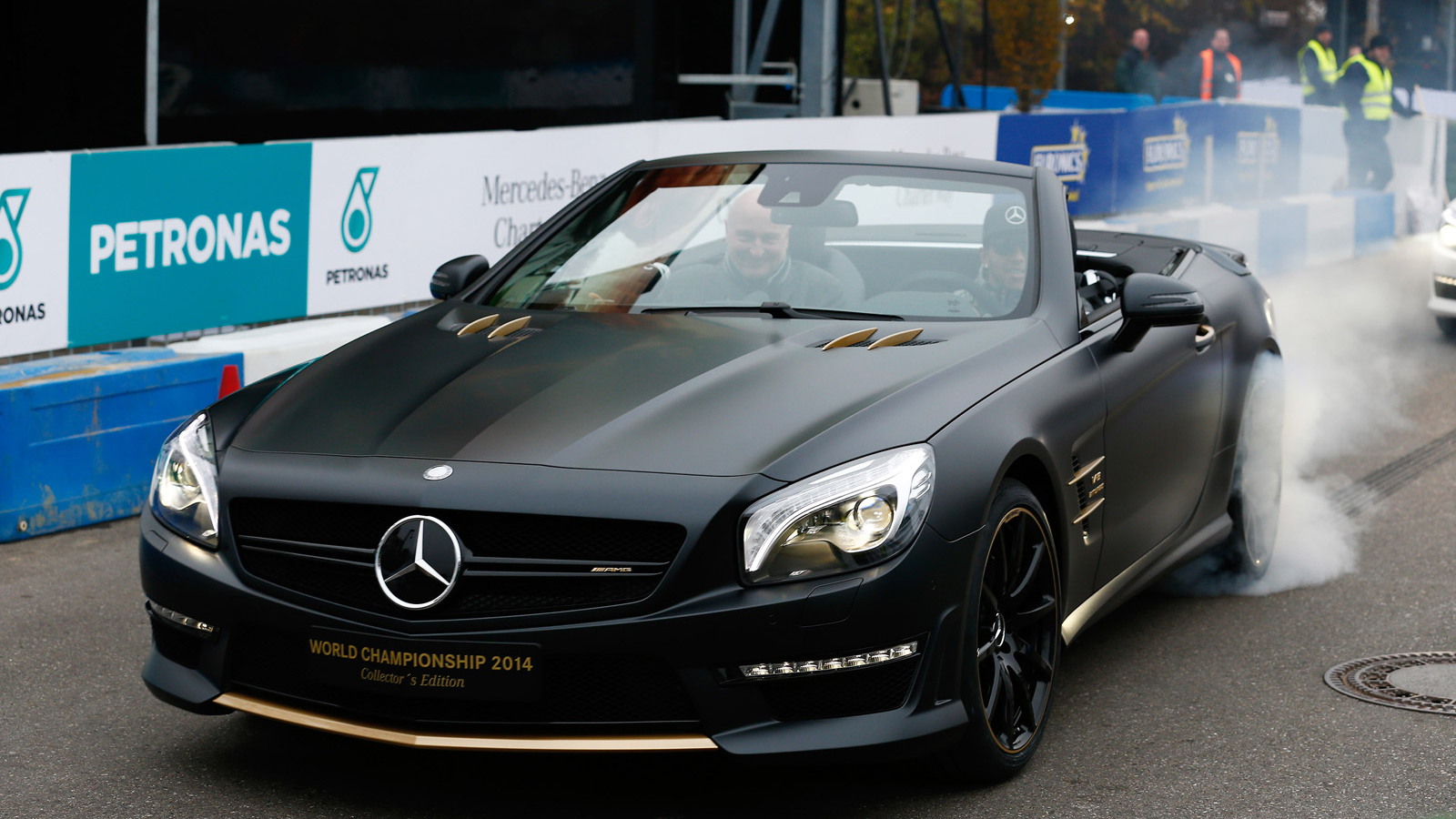 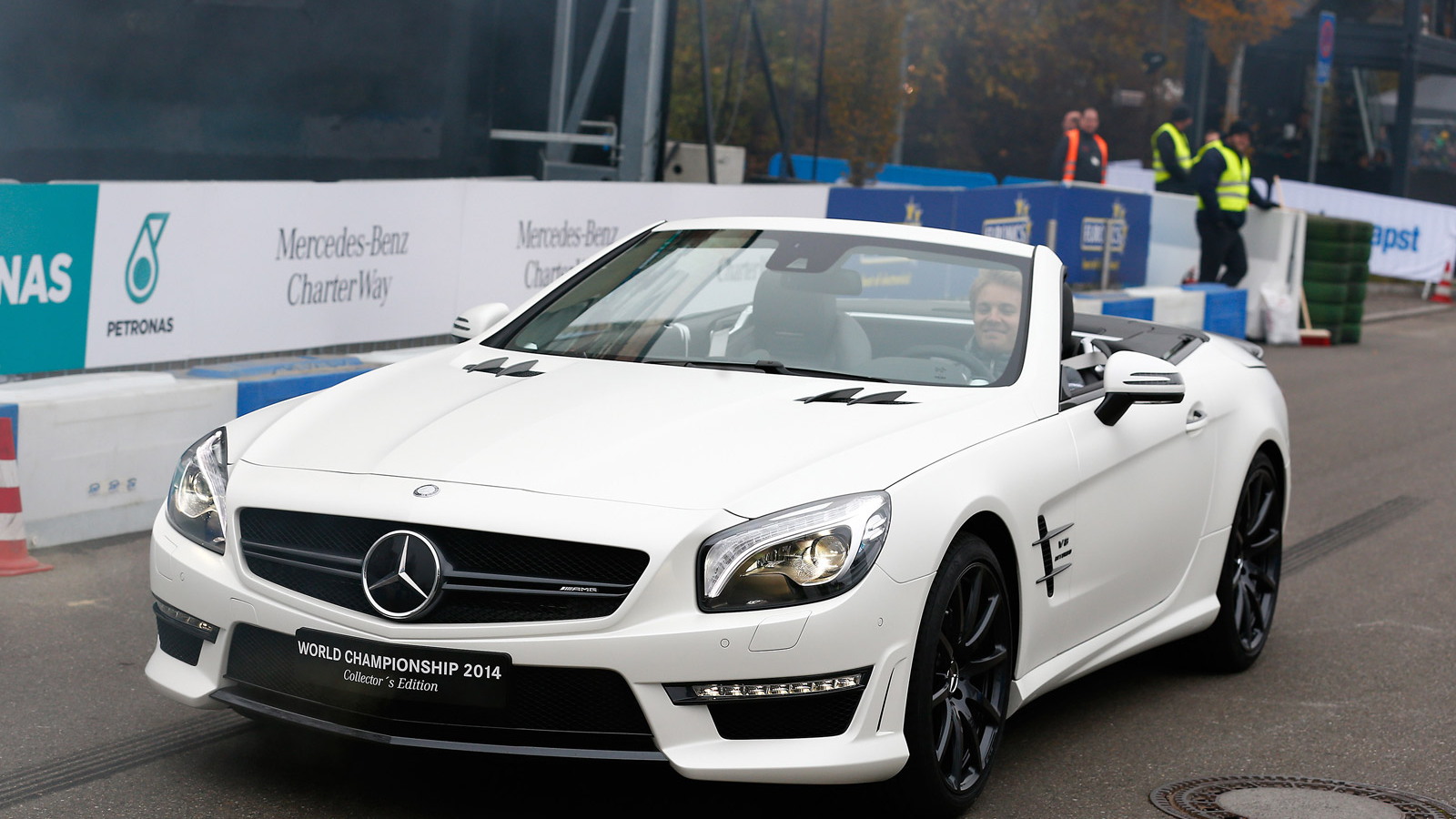 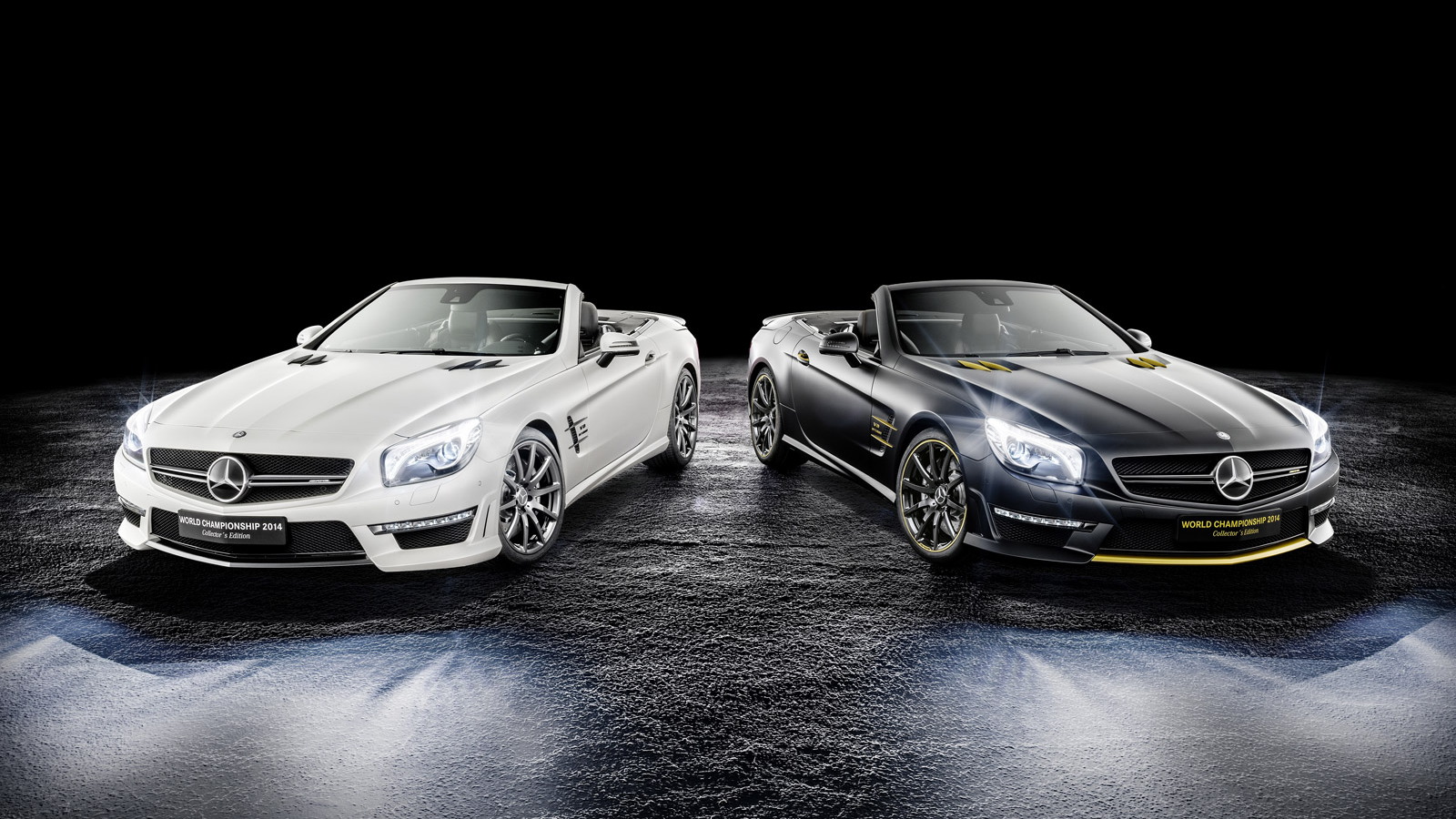 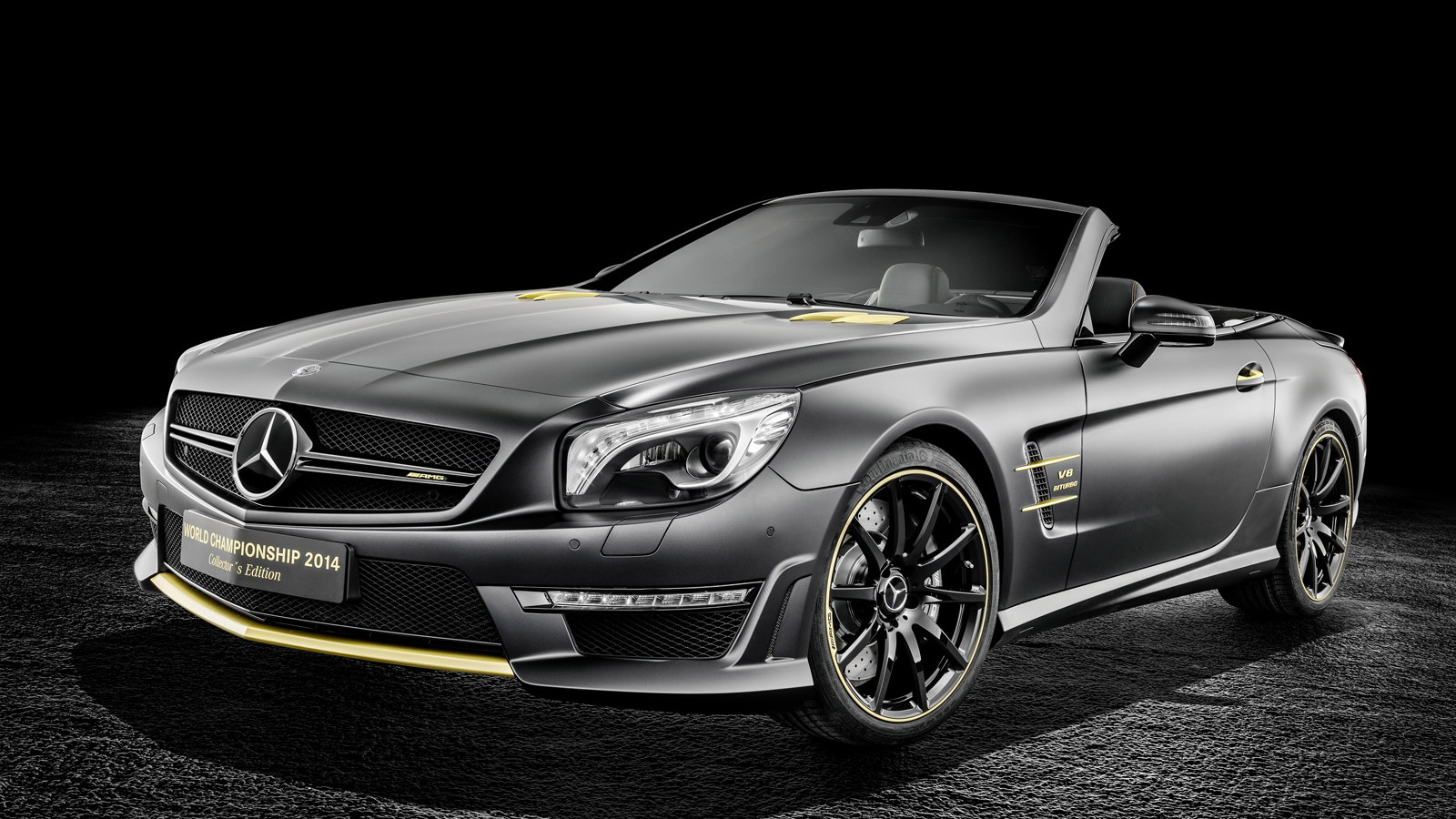 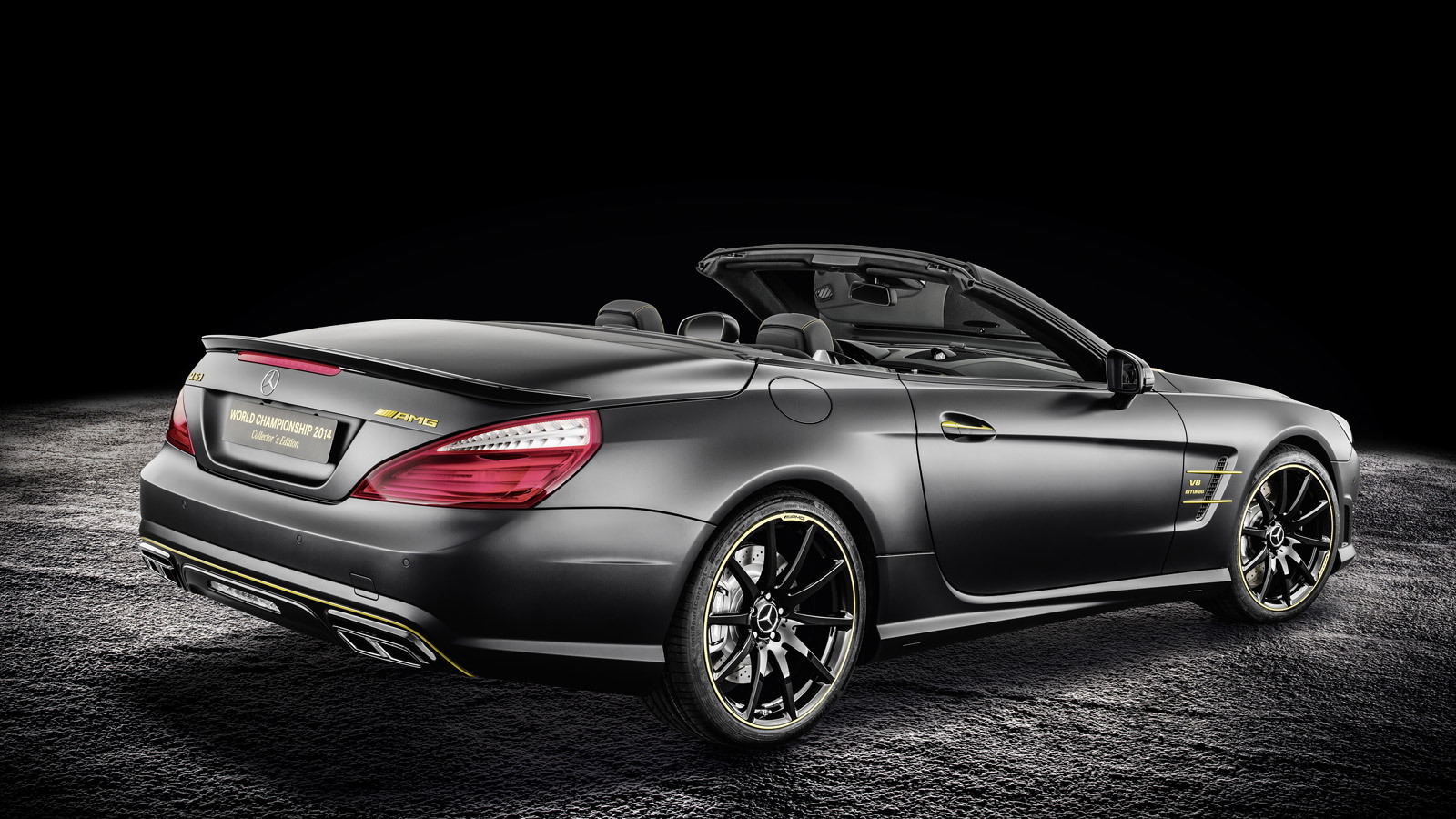 Mercedes-Benz has celebrated its victory in the 2014 Formula One World Championship with a pair of special edition SL63 AMGs developed together with its star drivers. The car of the 2014 world champion Lewis Hamilton is the one in black while runner-up Nico Rosberg’s car is the one in white.

The special SL63 AMGs are known as the World Championship 2014 Collector's Edition and just 19 examples of each car will be built, representing the number of races held this season. Each will feature individual numbering as well as the name and layout of the specific race track it represents. Rosberg’s car also features his signature on the dash.

DON'T MISS: 27-Year-Old That Crashed McLaren P1 Had Car For Less Than 24 Hoursz

Under the hood sits a stock twin-turbocharged 5.5-liter V-8, which for the latest 2015 model was upgraded to deliver 585 horsepower and 664 pound-feet of torque. Drive is to the rear wheels only, via a seven-speed automatic transmission and limited-slip differential.

The World Championship 2014 Collector's Edition SL63 AMGs were presented on Saturday at Mercedes’s end of season Stars & Cars event in Stuttgart, Germany, which was attended by Hamilton and Rosberg as well as more than 50,000 visitors.

Hamilton and Rosberg plus many other current and former racing drivers thrilled the audience by performing demo laps on a temporary track close to the official Mercedes museum, driving many of the automaker’s racing cars including some rare classics.

A total of 64 vehicles took part in 20 car runs. The oldest vehicle was the grand prix racing car from 1914 with which Mercedes achieved a legendary triple victory in France. The most modern car was the 2014 W05 Hybrid ‘Silver Arrow’ of world champion Hamilton.

“The reception from the fans here in Stuttgart was absolutely indescribable,” Hamilton said after the event. “I celebrated my first world title with spectators here at Stars & Cars back in 2008, but this year, they have topped even my expectations.”