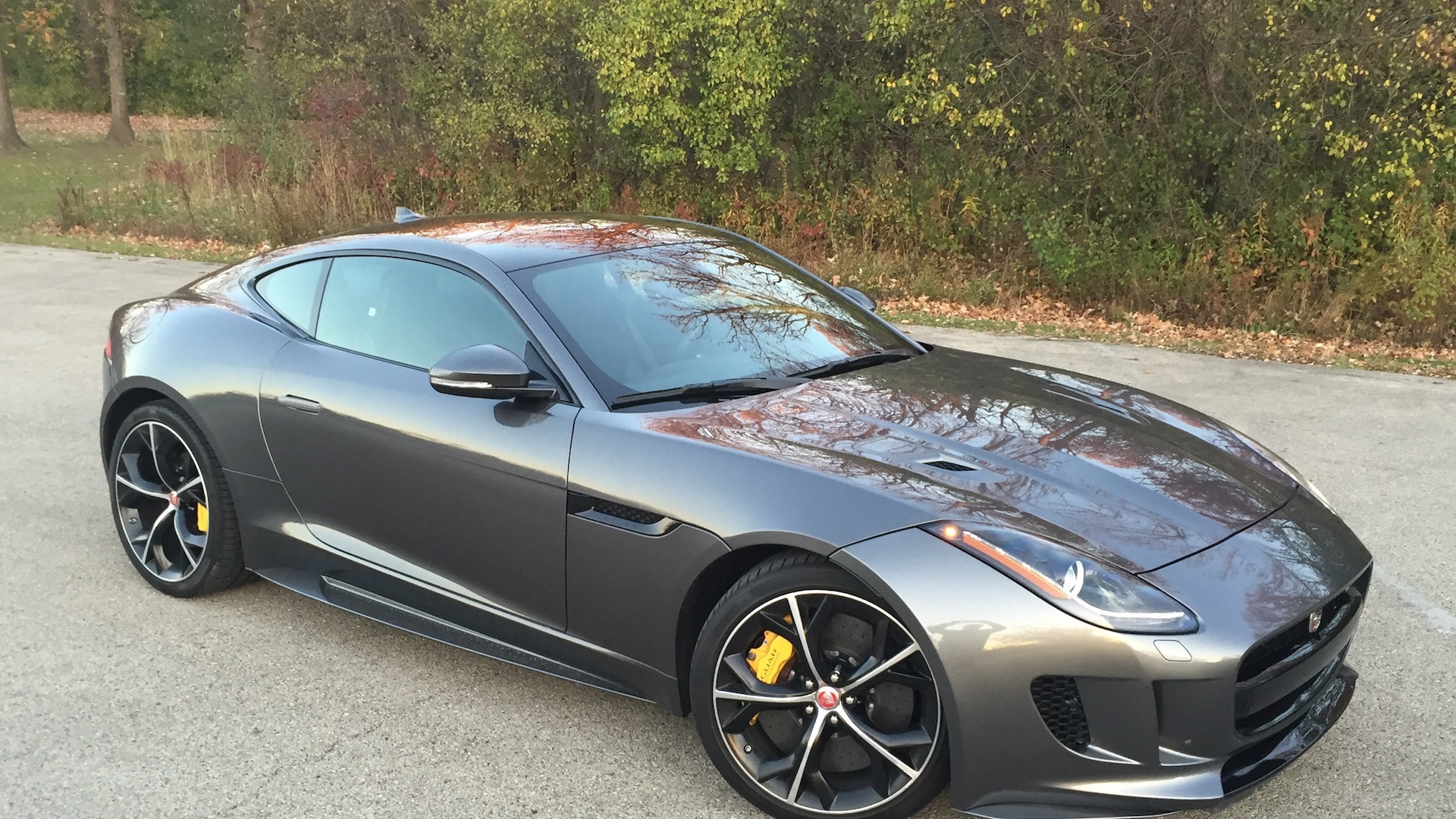 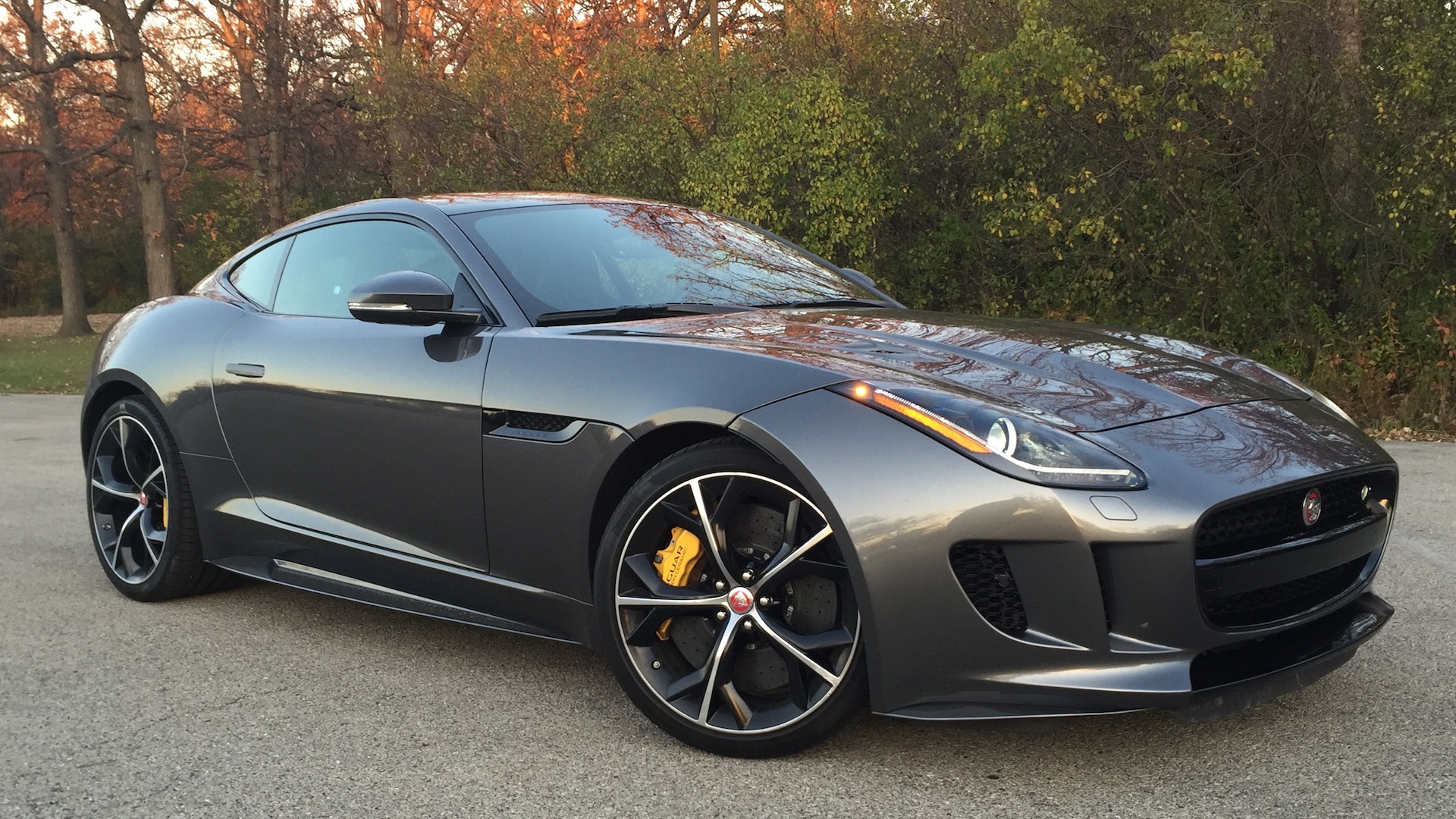 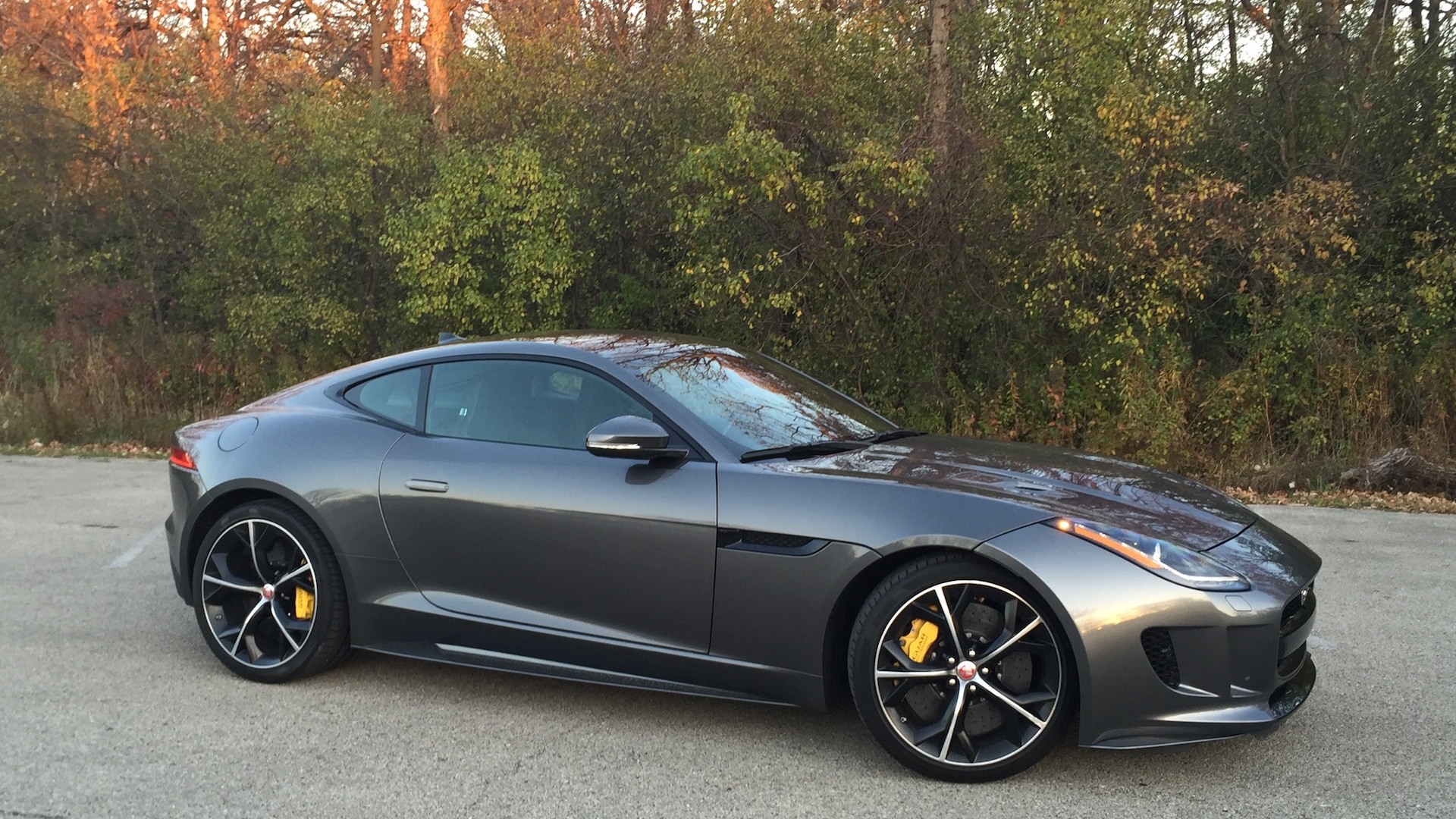 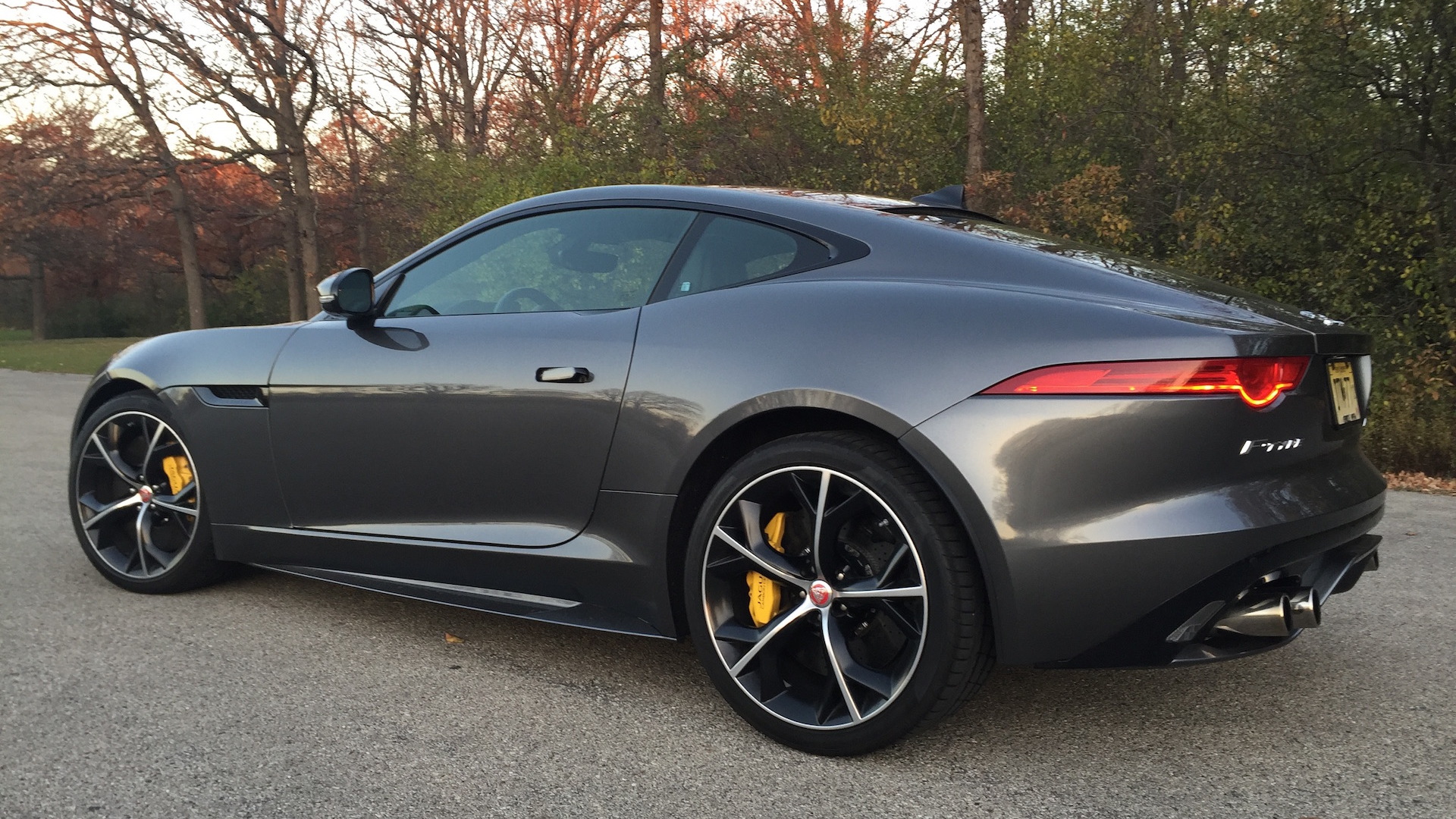 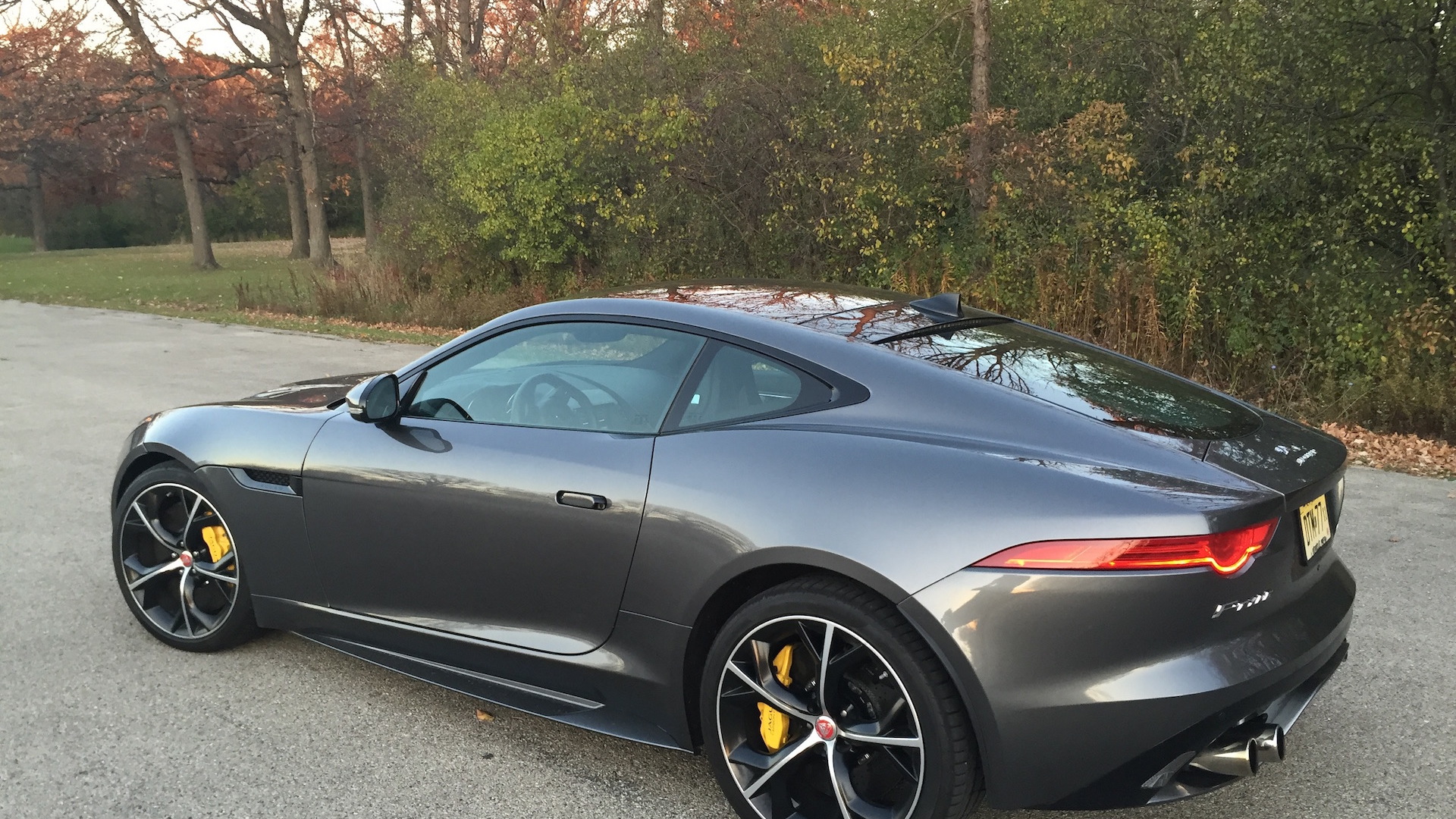 I got into this business in late 2001. At the time, I couldn't wait to drive the Jaguar XK. It was a beautiful swoopy coupe that looked, for the lack of a better word, special. Then I got into it, and it didn't feel special. It felt like any other Jaguar sedan of the day--not too sporty, with an upright seating position and nice but not top-notch interior materials. It certainly wasn't a sports car. It was a grand tourer, and really more of a boulevard cruiser.

Jaguar continued along that path for about a decade, but then a couple years ago this quintessentially British brand took a sporty turn, first with the new XF, then the XJ, and finally the sportiest of them all, the F-Type. A roadster came first and then last year, Jaguar introduced the coupe. The roadster was well received and agile, and the coupe has an even greater emphasis on performance.

This past week, I drove the coupe for the first time. The car in question is a 2016 F-Type R, with the supercharged 550-horsepower 5.0-liter V-8 and eight-speed automatic transmission. This car ain't cheap. The base price is $106,000, and my loaner came outfitted with the $12,000 carbon ceramic brakes; the Suedecloth Interior Pack ($1,000); the Vision Pack 3 with adaptive and intelligent front lighting, front parking sensors, a rearview camera, and a blind-spot monitor ($2,100); Black Pack 3 ($800); and illuminated treadplates ($450), bringing the total with destination to a whopping $128,695.

After spending the better part of a week with this beast, I have a few observations.

It's a British Corvette. I mean that in the best possible way. The F-Type has the same mission as the Corvette. Both cars are front-engined, rear-drive, V-8-powered coupes and convertibles that look great and deliver out-of-this-world performance. The Corvette Z06, which is priced closest to the F-Type, will certainly beat its British counterpart around a track, but it will do so with the subtle looks of an earthbound fighter jet. The F-Type, on the other hand, is classier. It looks like it belongs in the hands of James Bond or one of the villains he confronts. The Corvette is a better performance bargain, but I wouldn't blame anyone for choosing the Jaguar given its emotional appeal.

The ride is a little rough. My previous experience in the F-Type was in an S model convertible. I found that car to be fairly compliant on Chicago's pockmarked streets but the coupe is firmer and rougher on the kidneys. It's not punishing, but the Corvette delivers a smoother ride that will make it easier to live with everyday.

It's special. While that XK looked great so many years ago, it was not much fun to drive. That's not the case with the F-Type. This car drives as good as it looks, and it's arguably the best looking car on the market. The sleek lines are complimented by quick reactions, gobs of power, the absolute best sounding engine available today, and a tight, cockpit-like cabin that imparts the feeling this car is meant to attack corners, straights, unwitting strangers, and just about anything that crosses its path.

All things considered, I believe the F-Type has helped Jaguar transform its brand image from overly proper and somewhat stodgy to sporty and, like the commercials say, almost villainous. Now I just need to drive one with the manual transmission.