A new generation of the Subaru Impreza arrives next year, as a 2017 model, and once again there will be both a sedan and hatch. We recently saw prototypes for both versions but because of heavy camouflage much of the new design remains hidden.

A teaser for the latest concept, dubbed the Subaru Impreza Sedan concept, was released today. It shows a sleek, sporty look combining some muscular fender flares with a nice fastback roof. Subaru’s ‘hawk-eye’ headlight design can be seen and we’re expecting the automaker’s signature hexagonal grille up front as well.

Underpinning the new Impreza will be a modular platform dubbed the Subaru Global Platform. This platform, which debuts in the Impreza, will eventually be used for all next-generation Subarus except the replacement for the BRZ sports car, which will likely once again share a platform with a Toyota. 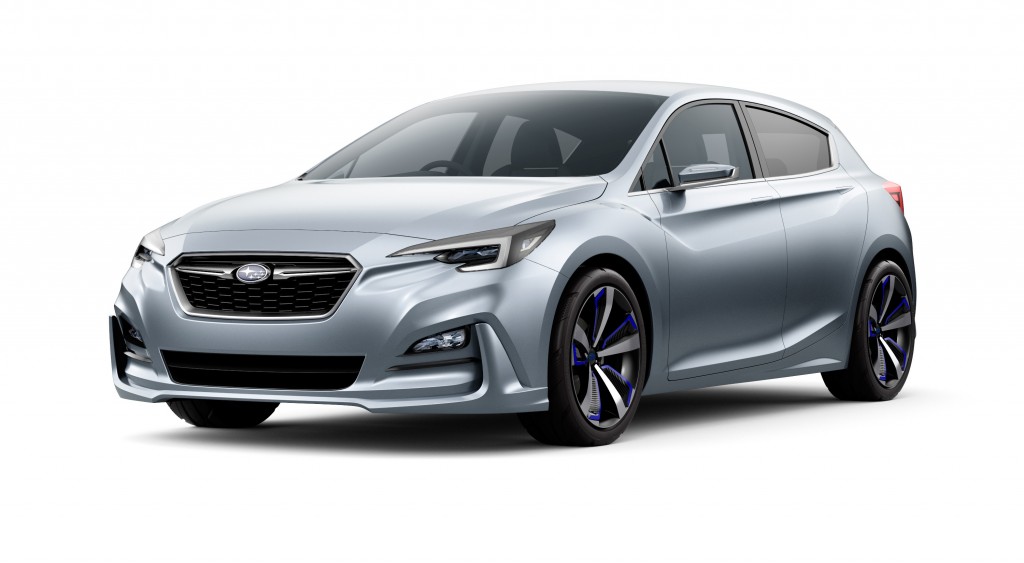 For the United States, the new Impreza will be manufactured at Subaru’s plant in Lafayette, Indiana. Only yesterday the automaker confirmed that a new crossover with third-row seats will also be built at the plant. The new Impreza starts production next year while the crossover is due to enter production in 2018. Subaru already builds the Legacy and Outback models at the plant.

The Los Angeles Auto Show gets underway November 18. For more from the show, head to our dedicated hub.