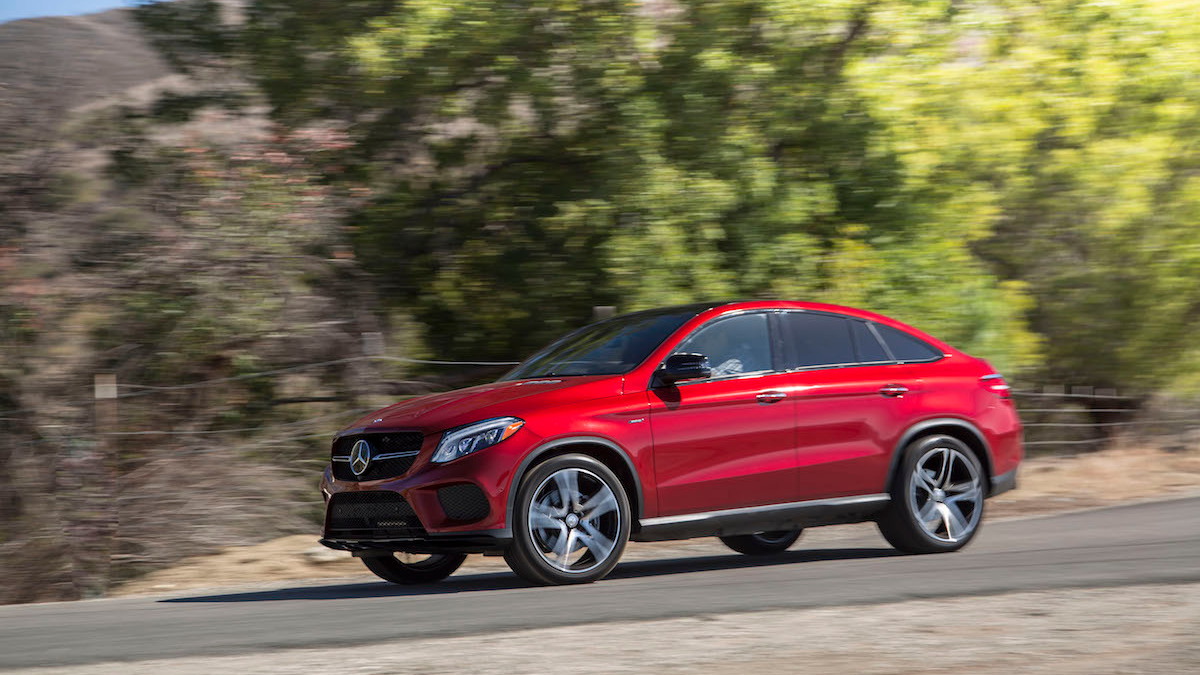 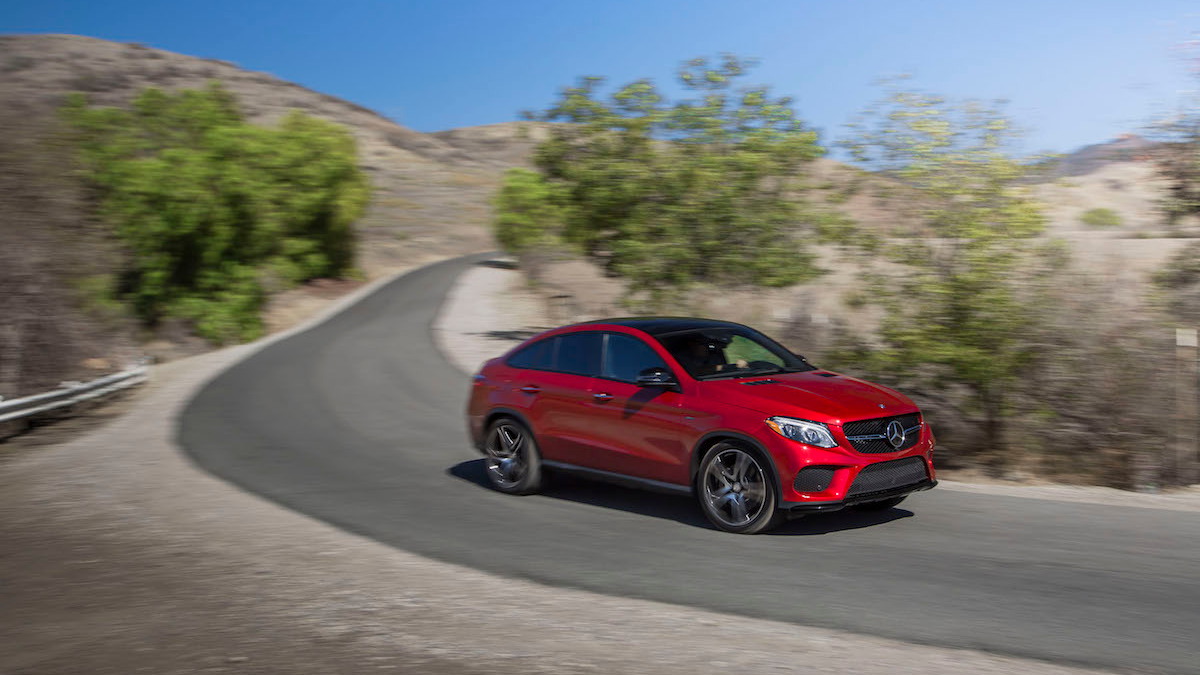 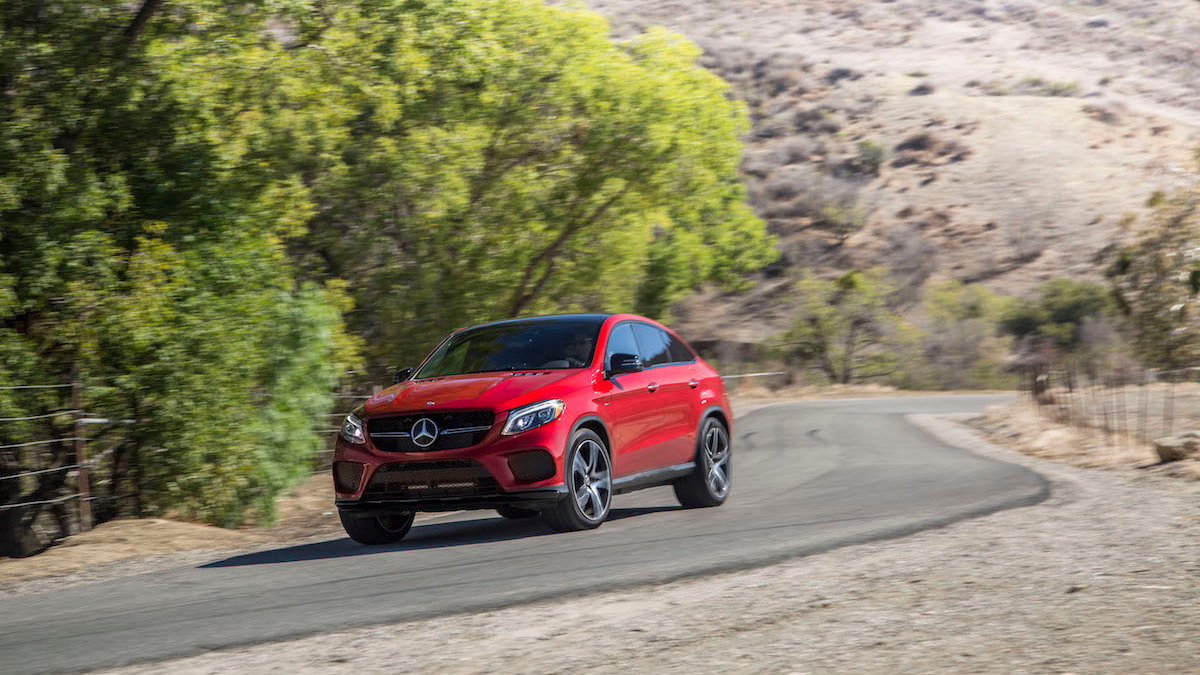 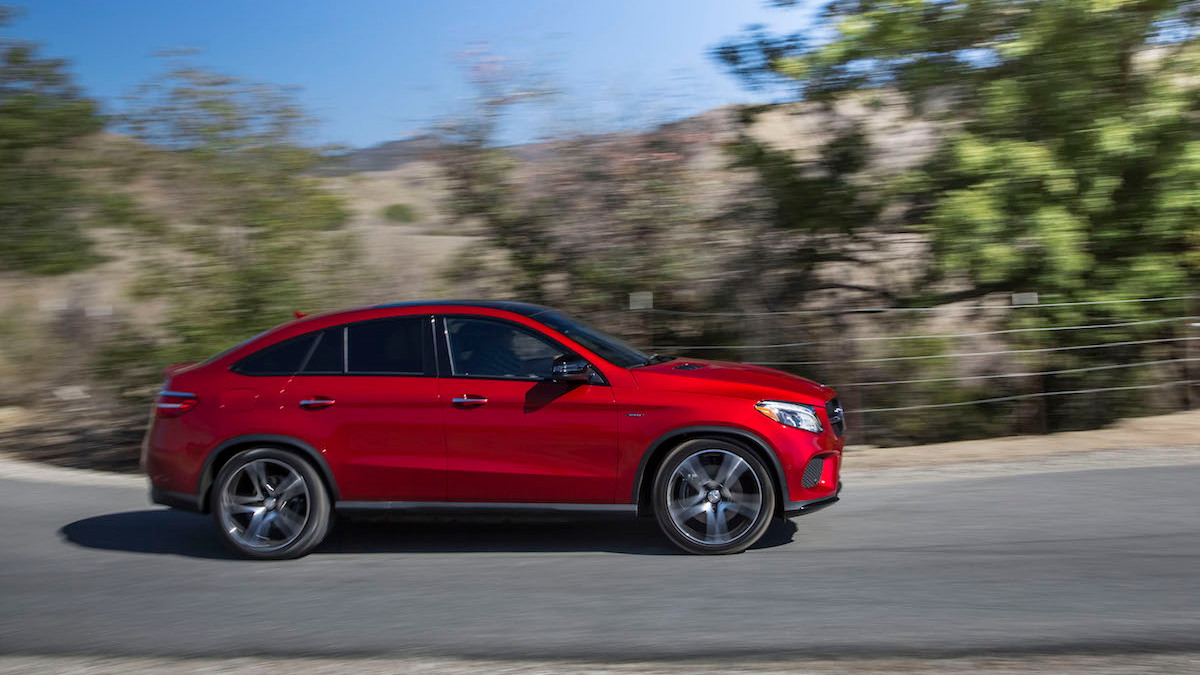 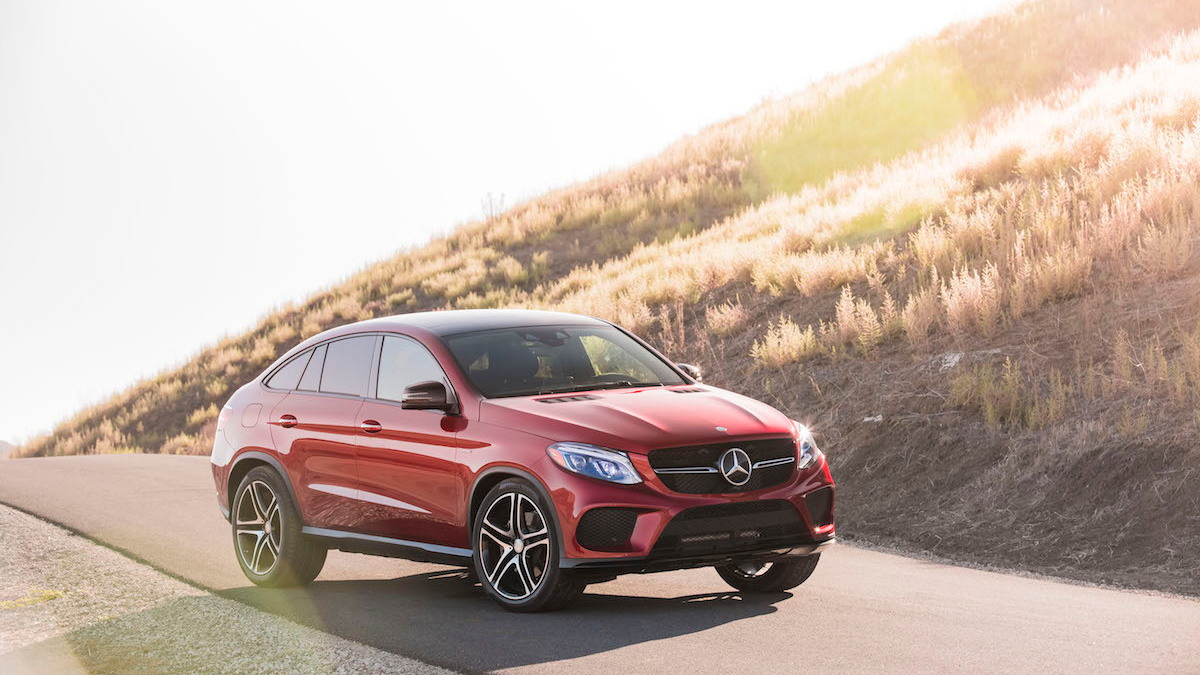 Mercedes was the first carmaker to coupe all the things. It turned the E-Class sedan into the CLS--something they call a four-door coupe, confusing as that might sound.

But when it came to SUVs, Mercedes was beaten to the punch by BMW. And maybe that was a good thing, because for every coupe-like SUV BMW sold, there were failures. ZDX, Crosstour--yup, we're looking at you.

Now, Mercedes-Benz is trying to claim some of that coupe-y, off-road turf with its own slope-roofed SUV. Does the new 2016 GLE Coupe do pretty--and do off-road--better than the X6?

Let’s start with the obvious--the whole "coupe" thing is marketing speak for a better-looking SUV. The GLE Coupe has four real doors--five if you count the hatchback. But it also has a rakish profile with a fastback rear, that wears its new body better than the X6.  There's body cladding to imply off-road capability, too, but let's face it, the chances of this machine hitting the Rubicon are pretty low.

Inside, the GLE Coupe will feel familiar if you’ve been in the most recent GLE, which is the renamed, updated M-Class. There’s a freestanding infotainment screen here and Mercedes’ COMAND infotainment controller. The mix of old and new can feel a little cobbled together: the GLE Coupe doesn't get the round vents or upgraded climate controls that other new Mercedes vehicles have adopted.

Front seat space is fine, but it’s the rear seat we should talk about. It's a mixed bag. It's easy to step into, and leg room is fine, but the X6 has generous rear seat headroom compared to this car. Six-footers, you’ll want to sit up front.

The rear seats do fold down to provide a long, wide, and perfectly flat cargo floor. Can you say ski weekend?

Under the hood buyers will have two engine options: the base engine is a twin-turbo V-6 rated at 362 horsepower. It's connected to a nine-speed automatic transmission. Want more? There’s an AMG model with a twin-turbo V-8 pumping out 577 horsepower, connected to a seven-speed automatic transmission. No matter the engine, power is sent to all four wheels via Mercedes’ 4Matic all-wheel-drive system.

Stick to the pavement and the GLE Coupe does everything right. Combining an air suspension and an adjustable damper system was pure genius. Nice work, Mercedes. The setup works flawlessly, and the driving modes such as Individual, Comfort, Slippery, Sport, and Sport+ allows you to dial in the powertrain response, steering, and suspension how you like it.

All that said, there’s no way around mass. The GLEs feel portly, but, no more, truthfully, than the X6. After playing with all the settings on some backroads and choppy surfaces, we like the Sport setting in terms of steering, it just feels more settled and comfortable.

The GLE Coupe hasn’t been crash tested yet, but, the M-Class on which it’s based has done well in the past. It also factors in lots of safety technology--everything from adaptive cruise control to attention assist, which lights a coffee cup on the dash when it senses you're about to fall asleep. It's like the thought balloon of our lives.

Priced from 61,500, the GLE Coupe comes well equipped with a power tailgate, all-wheel drive, an air suspension, and Magic Vision Control, which is a really complicated windshield washer system that won't splash the liquid, oh, and totally serious on the name Magic Vision Control.

So what's the bottom line with the 2016 Mercedes GLE Coupe? If the BMW X6 can make it work, well, we think some well-off empty nesters are going to fall in love with GLE Coupe’s charms.