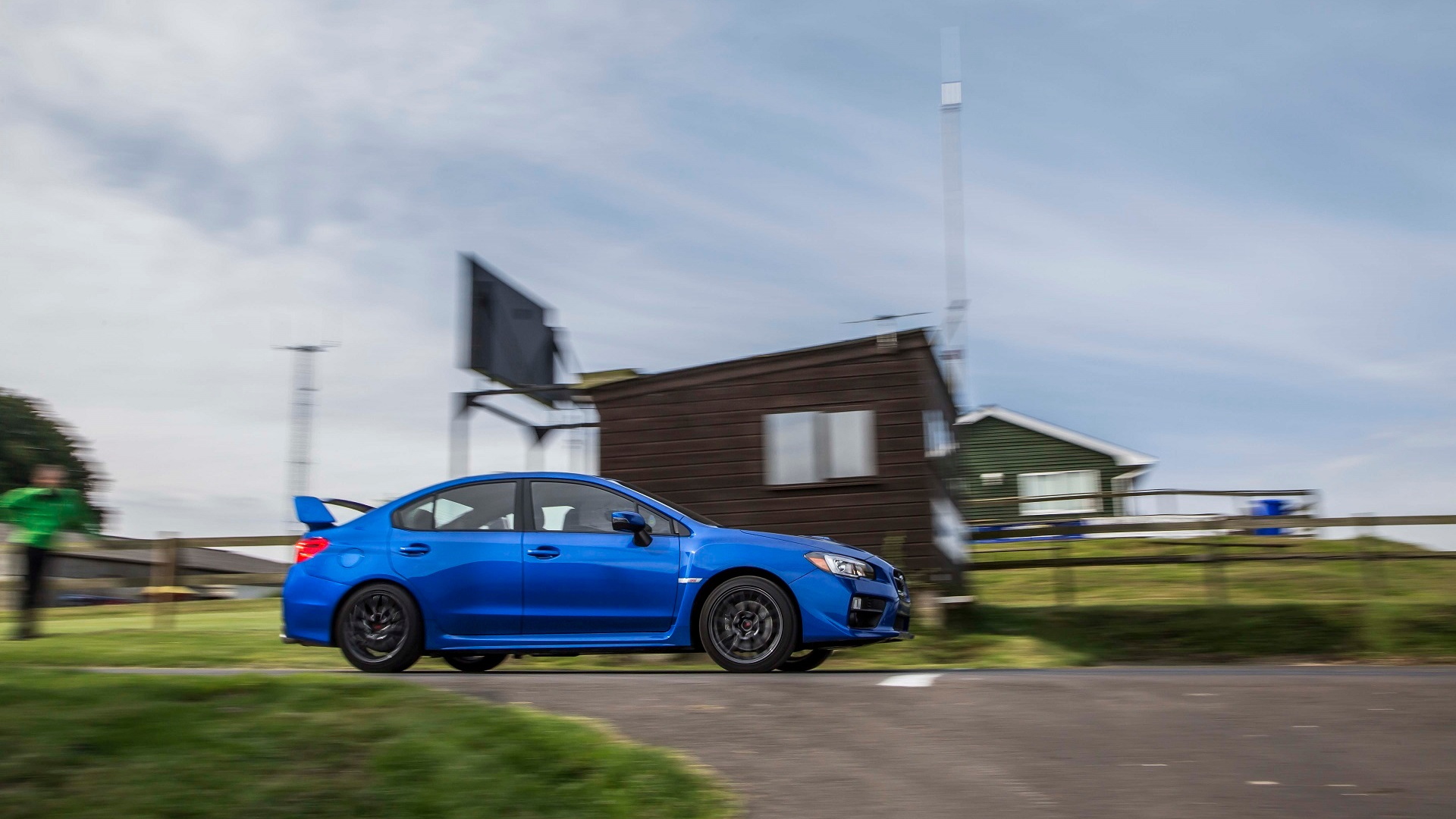 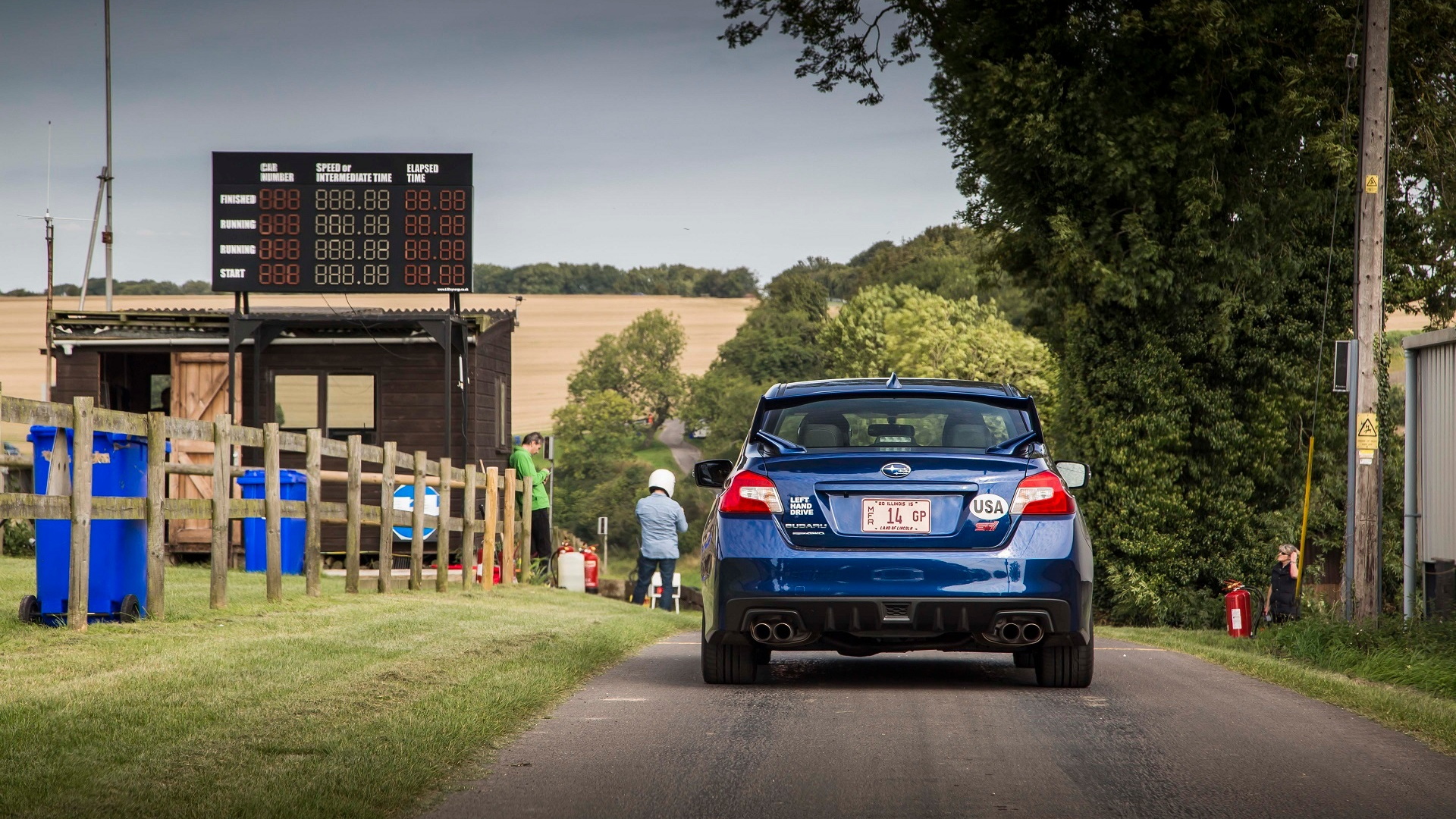 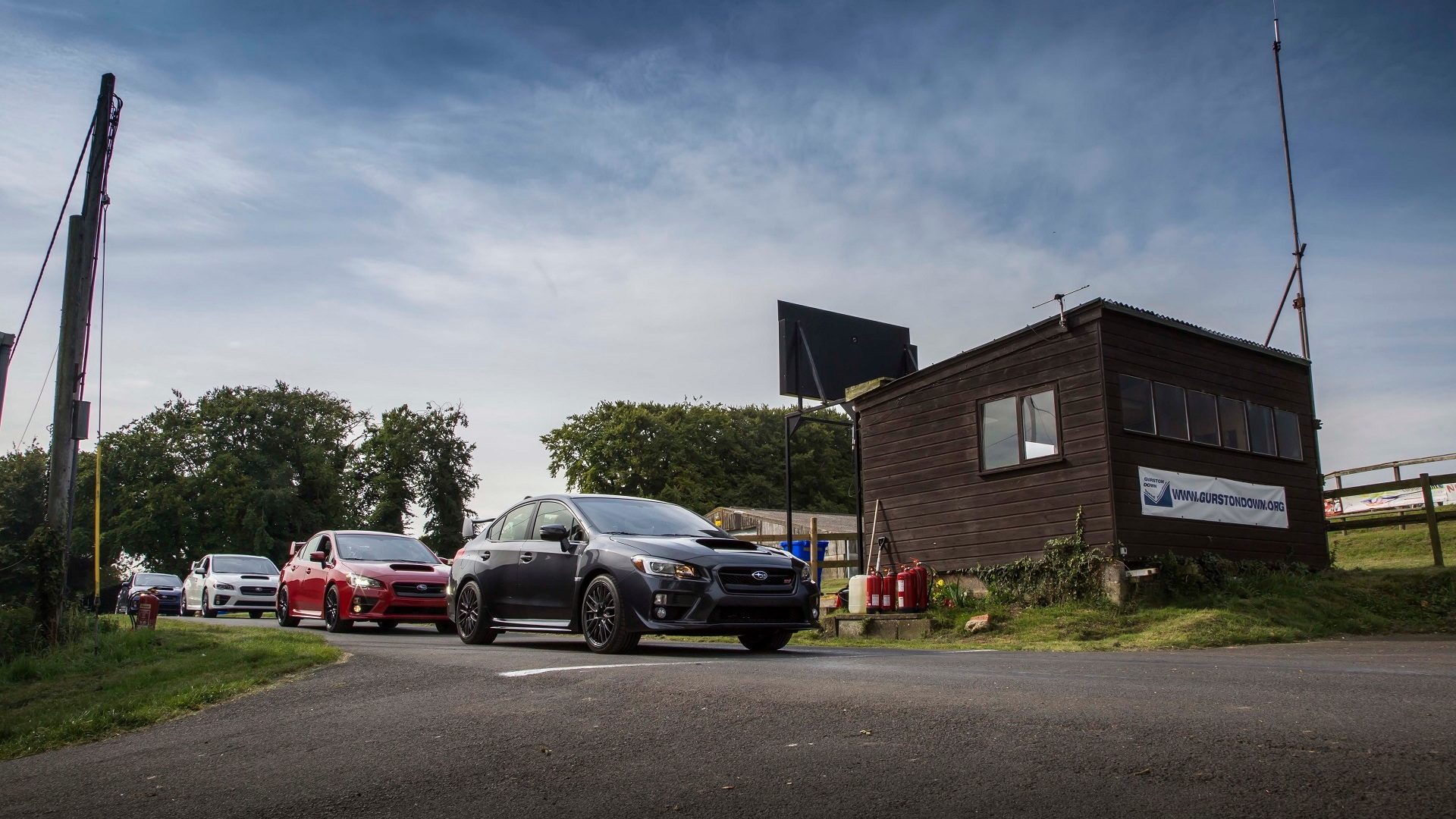 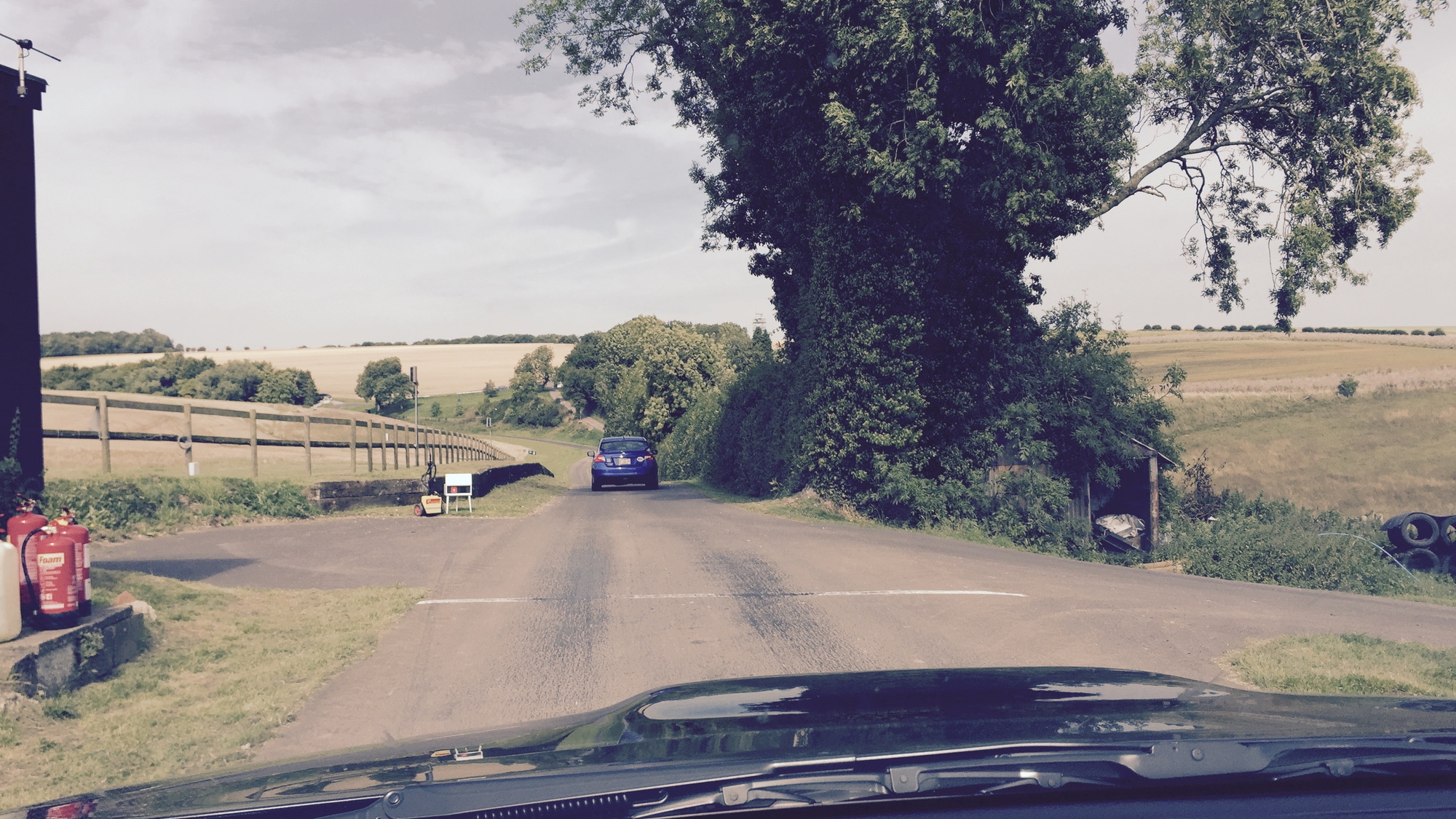 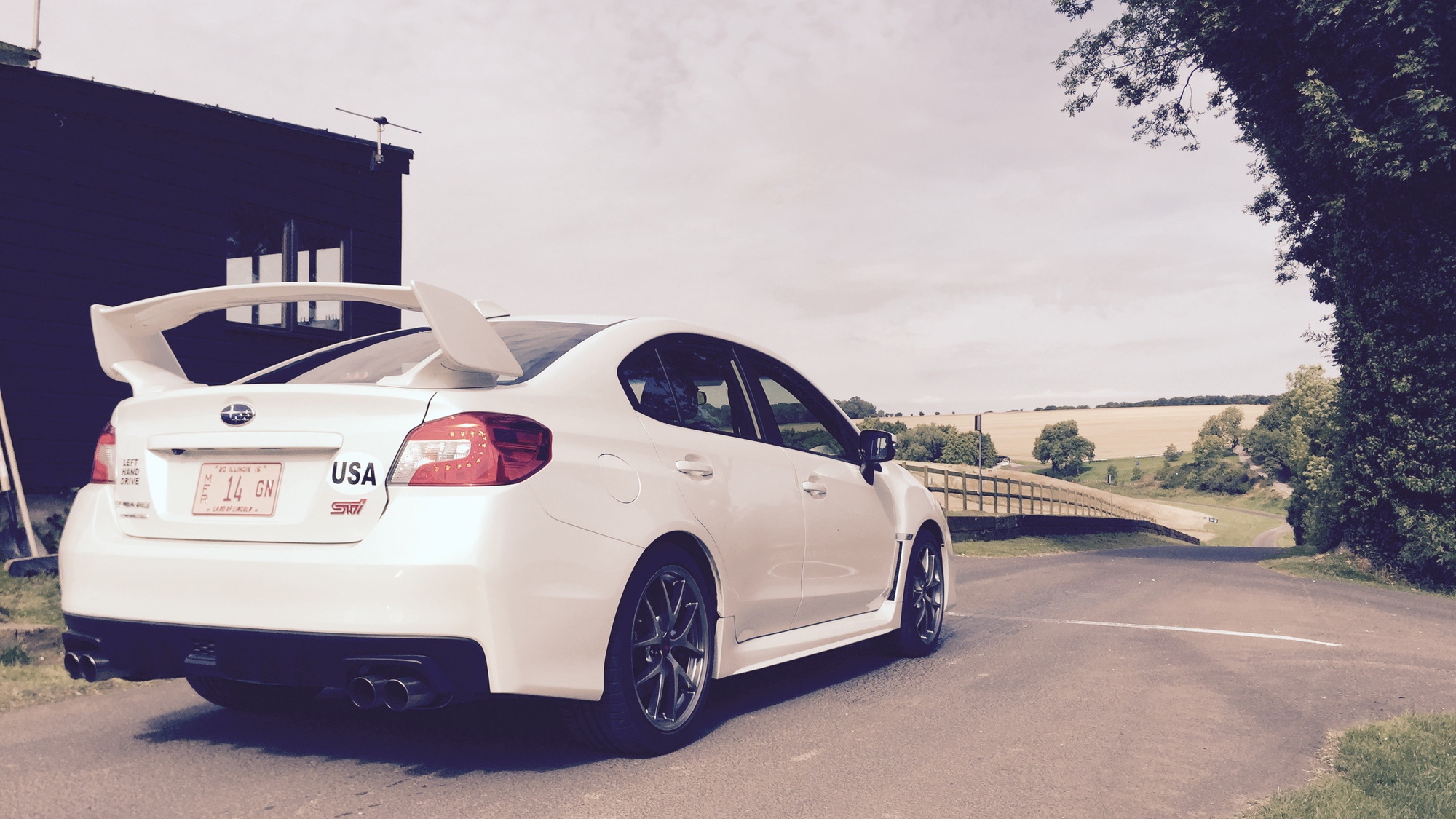 Give a car guy a stretch of road and he’ll find a way to race on it. He might turn it into a road course, a dragstrip, a dirt track, or, if he only has a hill at his disposal, a hillclimb.

Thanks to Subaru, I got the chance to drive a hillclimb for the first time. The site was the Gurston Down Speed Hillclimb outside of Salisbury, England. Subaru provided a fleet of 2015 WRX STIs for journalists to drive and gave us the morning to have at it.

The run is pretty simple, existing somewhere between a dragstrip and a road course. In this case, the very narrow track is about six tenths of a mile long, with a downhill run at the start, a fast lefthander called Hollow Bend, two sharp uphill rights that make up the Karousel, a sharp left called Ashes Bend, and a final run up Burke’s Rise that bends to the left to the finish line. The run drops 34 feet at the start and finishes 140 feet above the starting line. It is, in effect, a short section of a road course.

The STI proved to be both a good and somewhat challenging car to tackle the hillclimb. Yes, its turbocharged 2.5-liter flat four puts out 305 horsepower, but it relies heavily on turbo boost to make that power. That boost only arrives when the revs are up, and the engine can gasp for air and bog down at low rpms. The turbo, combined with the gear ratios of the STI’s six-speed manual transmission, made the Karousel and Ashes Bend quite challenging.

The strategy was either to shift down to first gear for one or both of those turns or try to keep the revs up as much as possible to avoid bogging down. I had the most success shifting down to first for the short chute between the turns (known as Deer’s Leap), then getting on the gas early heading into Ashes Bend to make the power available for the final push up the hill.

While the runs are usually timed, Subaru unfortunately felt that the journalists would get too competitive if times were on the line, and risk damaging either the cars or ourselves. Still, I could tell by the speed at the end of the run, which ranged between 82 and 85 mph, which runs were quickest. More speed meant a better run out of Ashes Bend and probably a couple tenths of a second off the final time.

A short circuit like the Gurston Hillclimb is essentially an exercise in perfecting a few tricky turns. For those who want to hone their performance driving skills, this type of run focuses your attention and helps you realize the importance of getting each turn just right. On a racetrack, that means quicker times and improved skill.

While most U.S. drivers won’t get a chance to try Gurston, you may want to stop in if you get to England. Anyone can take an all-day class for about $250. Attendees can also run their own cars for a fee provided they have a competitive driver’s license.