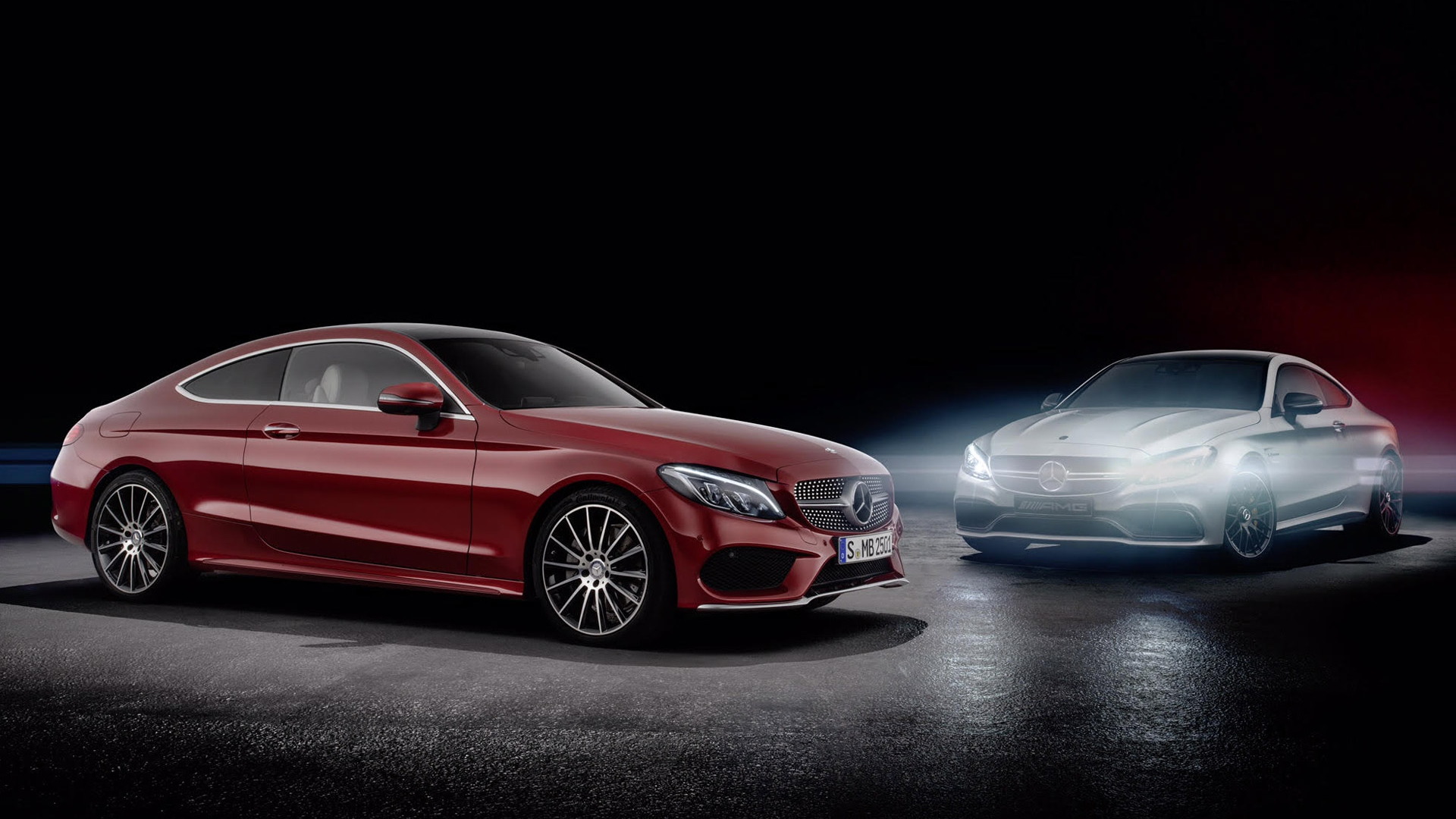 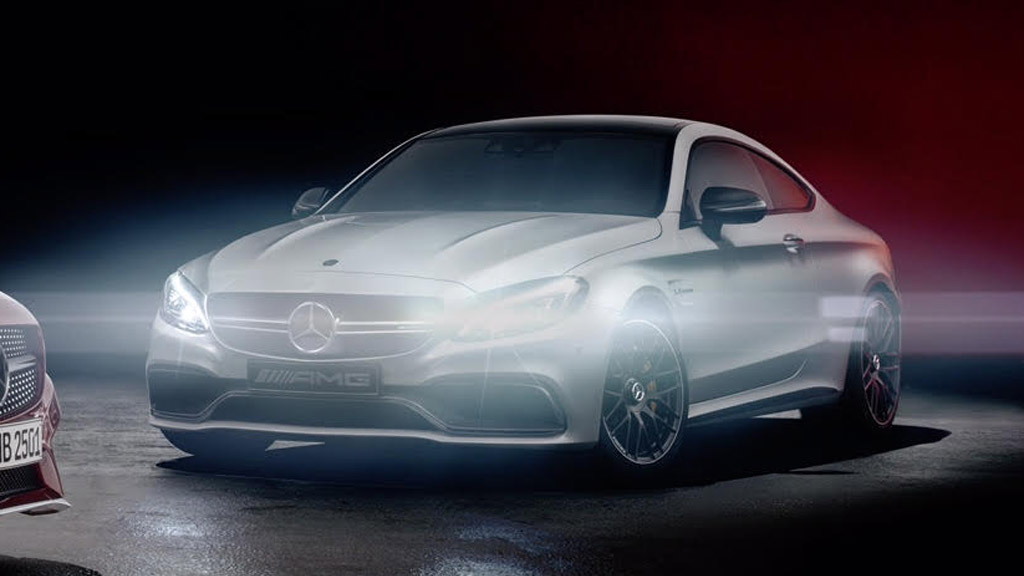 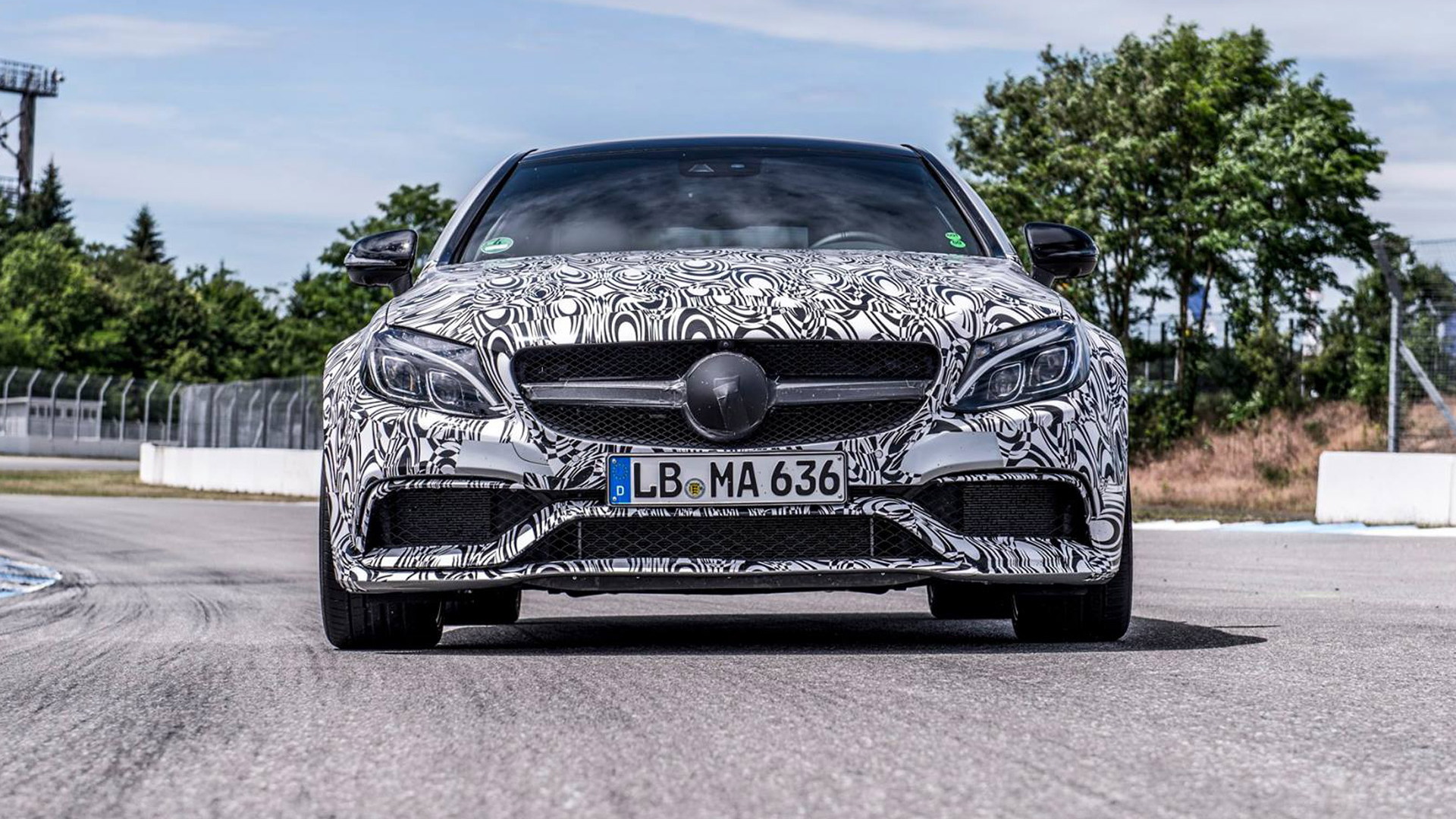 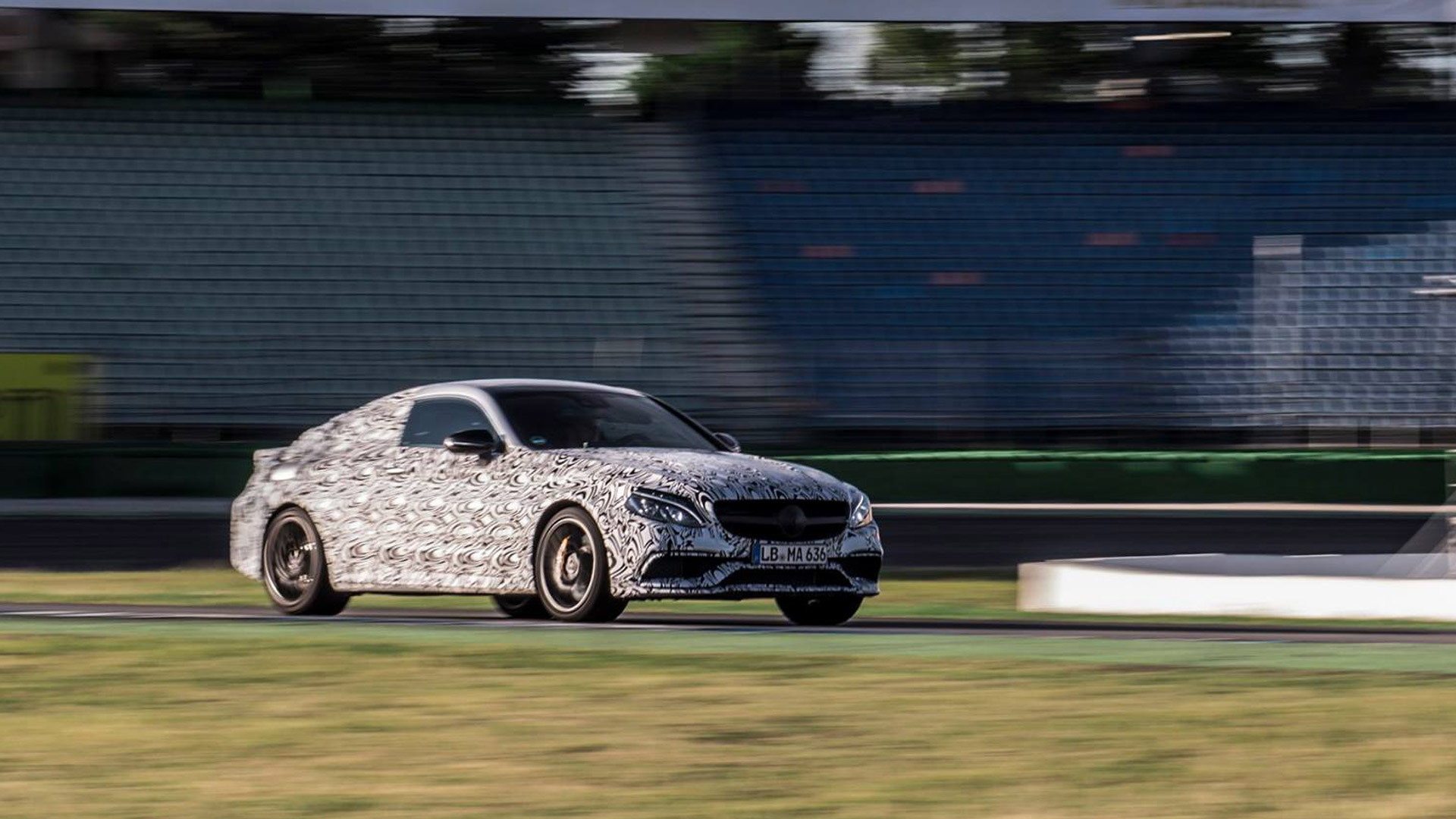 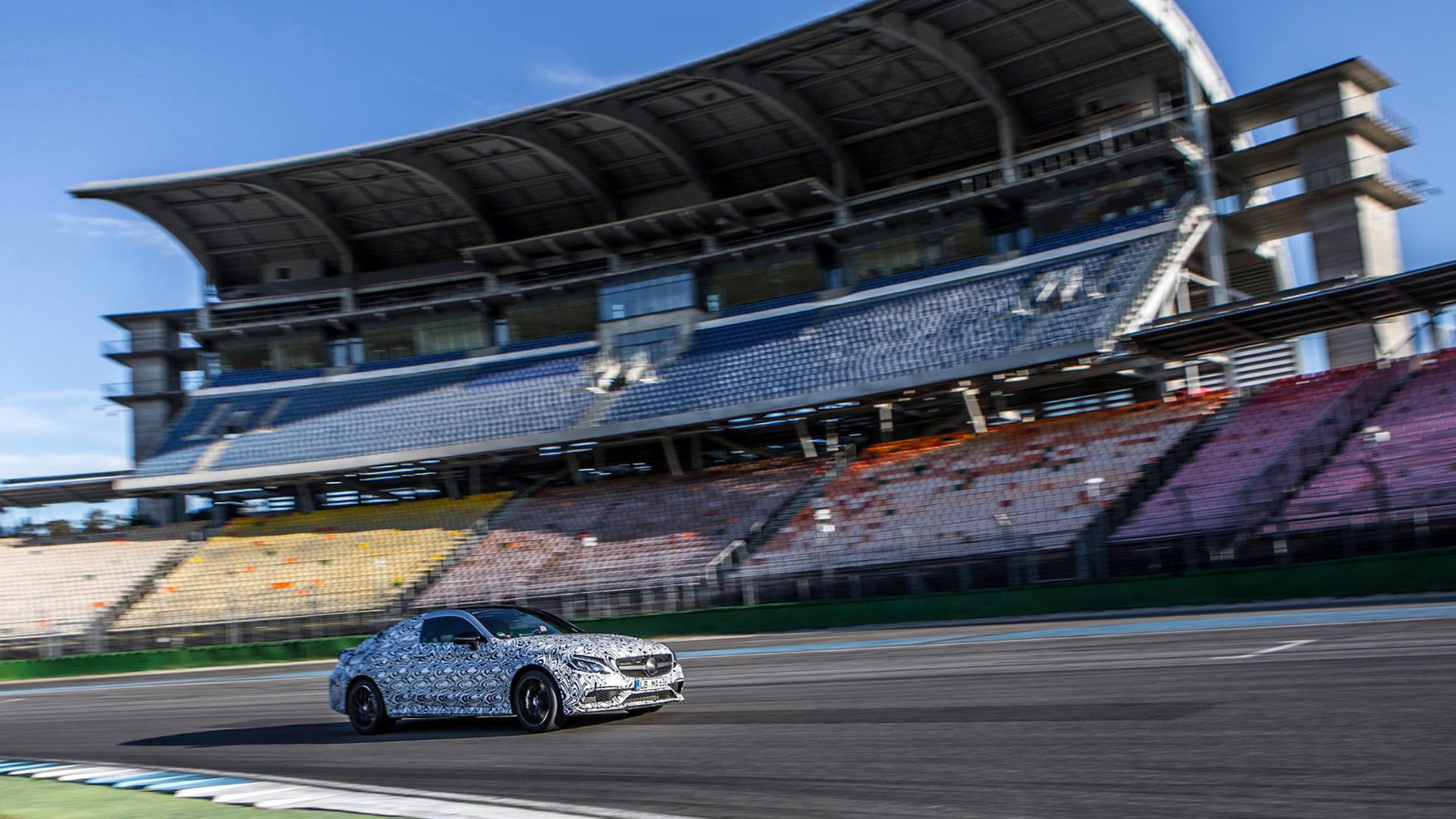 Mercedes-Benz has just revealed its new C-Class Coupe, and soon it will be joined by the high-performance C63 Coupe from Mercedes-AMG. Both cars make their debut at the 2015 Frankfurt Auto Show on September 15, but you can see them together already in this official teaser photo. The C63 Coupe is the one on the right, and you can see that it features a number of distinct design elements to set it apart from its tamer sibling.

The most obvious is the aggressive front bumper, which features larger scoops to feed more air to the car’s twin-turbocharged 4.0-liter V-8 as well as to its high-performance brakes. The grille is also unique, and the hood features some muscular ripples that the regular C-Class Coupe doesn’t.

The C63 Coupe also benefits from a wider track, as evidenced by the pumped wheel arches. The wheels are also bigger on the Mercedes-AMG model, with previous teaser shots confirming they’re 19 inches in diameter. The C-Class Coupe comes with 18-in wheels as standard.

We’ll have all the details soon as this is believed to be the C63 Coupe’s last teaser shot, but already we can tell you that the mechanical package will be pretty much identical to what you get in the C63 sedan. This means 469 horsepower in the C63 Coupe and 503 hp for the S-badged model. Drive will be to the rear wheels only, via a paddle-shifted, seven-speed automatic transmission.

Stay tuned for the full reveal, and for more Frankfurt Auto Show coverage, simply head over to our dedicated hub.