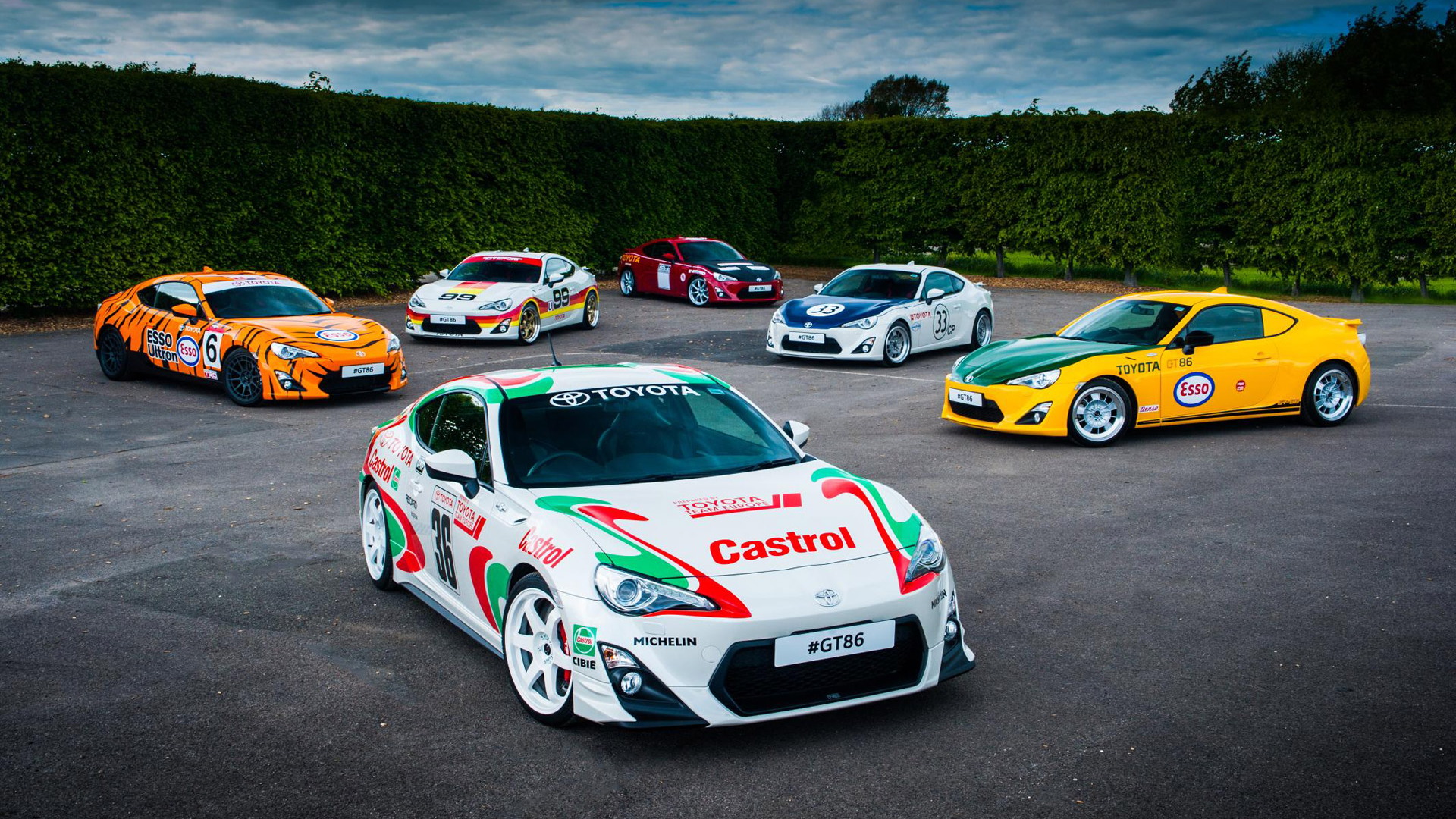 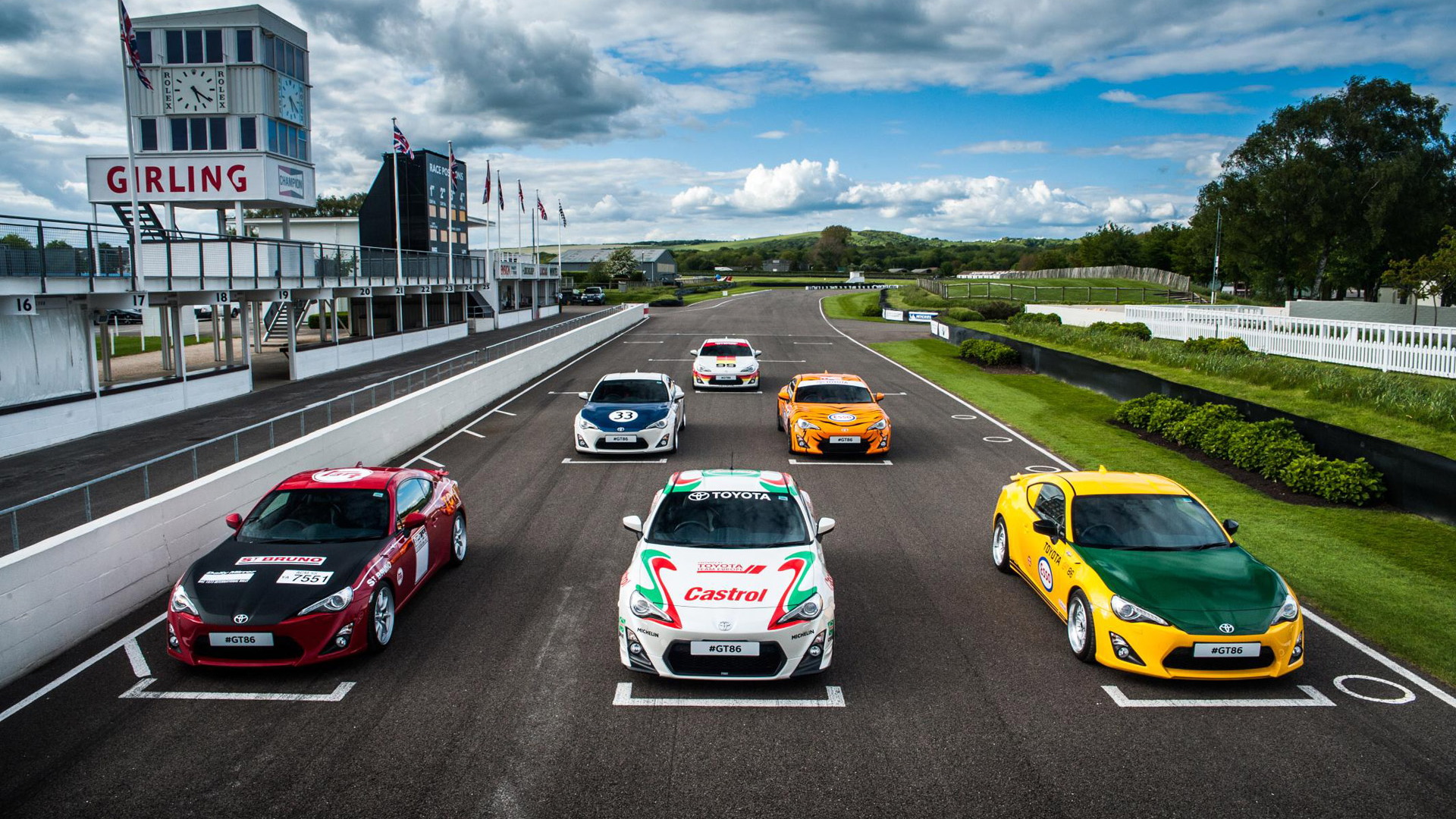 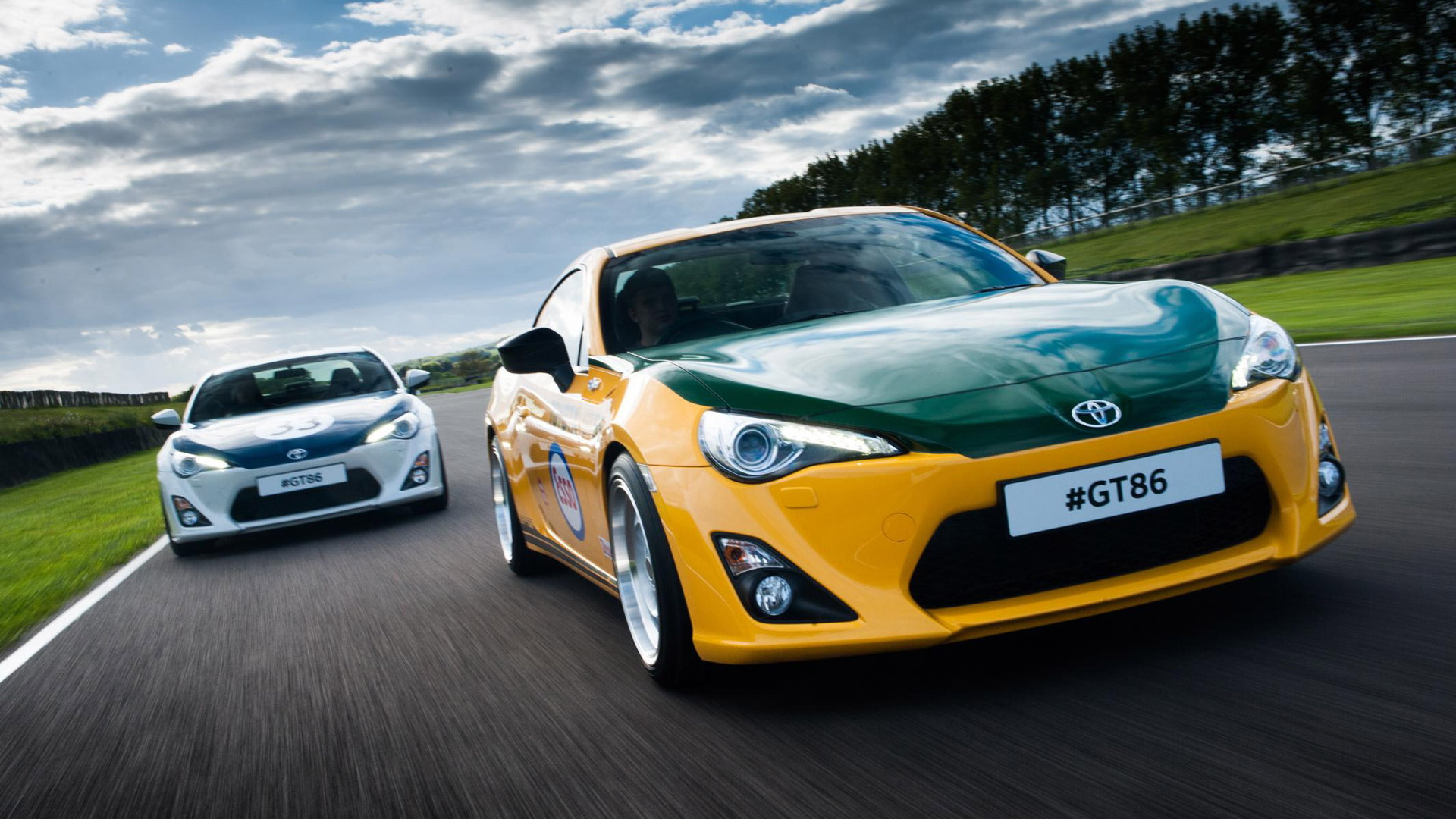 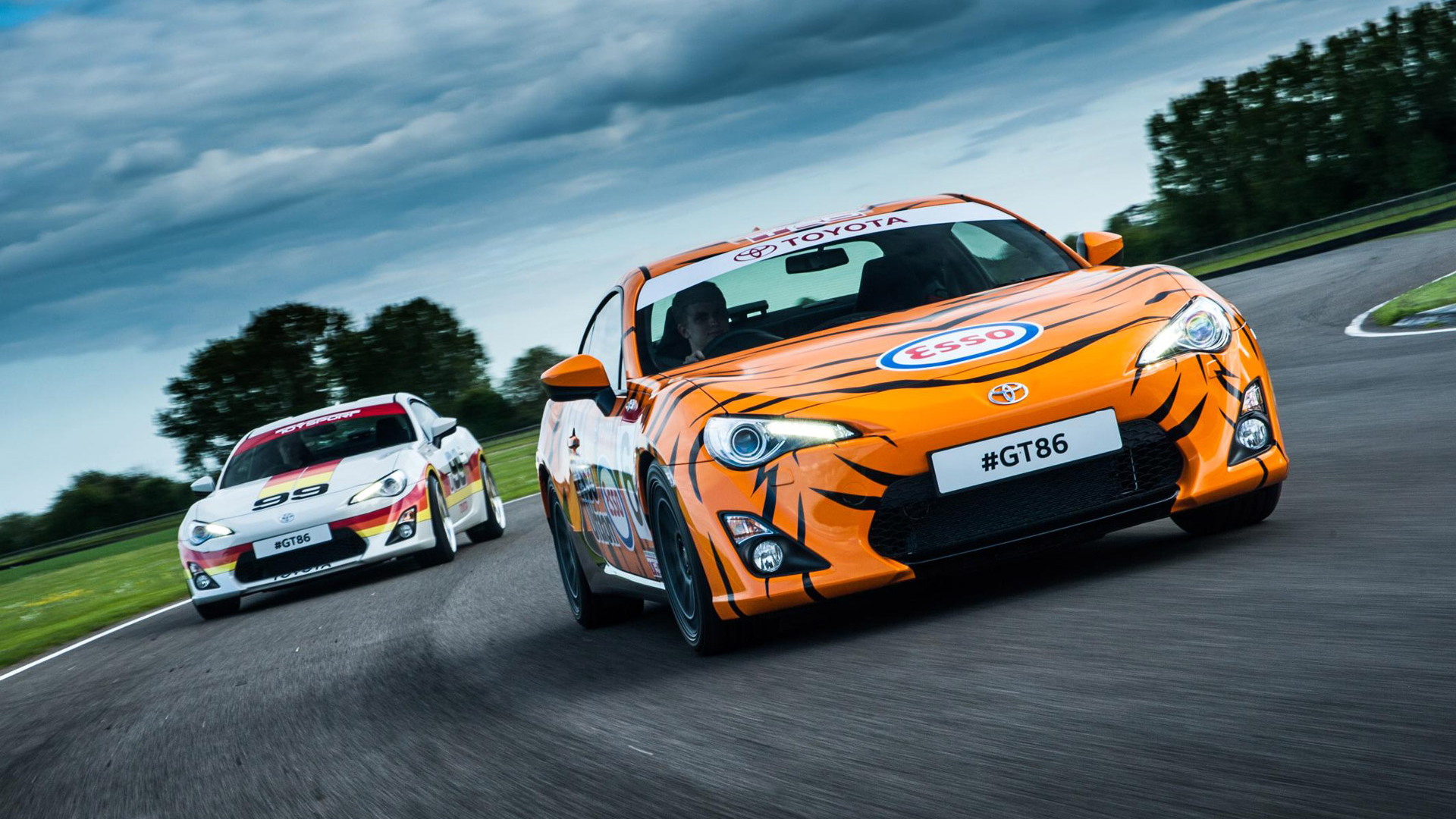 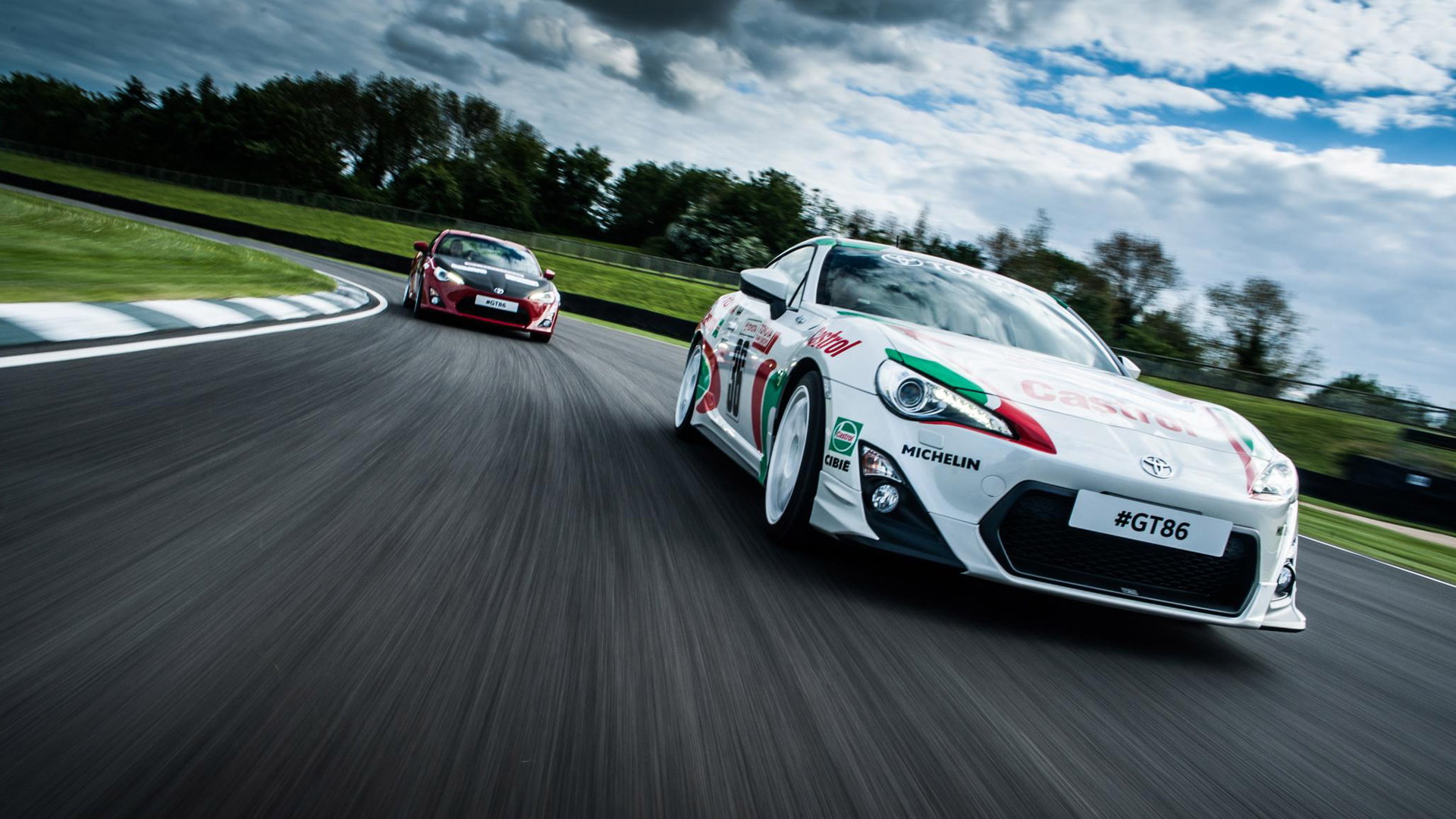 The Toyota GT 86, known as the Scion FR-S in these parts, harks back to Toyota’s legendary sports cars of the past. The “GT” moniker comes from the 2000GT of the 1960s, while the “86” leverages the name of the AE86 drift hero of the 1980s, so it's fitting that Toyota is using the GT 86 to pay tribute to some of the automaker’s classics. It's doing this with some special liveries applied to the cars for this month’s Goodwood Festival of Speed in the U.K.

The company responsible for the transformation is vinyl specialist Motor Model, and it has reproduced the original liveries in a shape and size to fit the GT 86. There are six of the special liveries in total. One of the designs represents the 1970s Celica 1600GT that was used as Toyota's entry into rallying. Two of the other models features liveries used on the 2000GT sports car during various racing events, and the rest features liveries from racing Celicas and Supras of the 1980s and ‘90s.

The one-off cars also get a few performance and suspension upgrades. The ride is dropped by 40 millimeters with the help of some lowering springs, and unique wheels are provided by Rota. The vehicles are topped off by a Milltek Sport stainless-steel exhaust that gives them a sporty sound and look.

Toyota will also have a number of its racing cars at the upcoming Goodwood fest. These will include the 2014-spec TS040 Hybrid Le Mans prototype that secured the automaker the overall win in the World Endurance Championship, as well as some Camry NASCAR racers and some heritage World Rally Championship cars.

The 2015 Goodwood Festival of Speed gets underway on June 25. Catch more of our coverage of the event over at our dedicated hub.