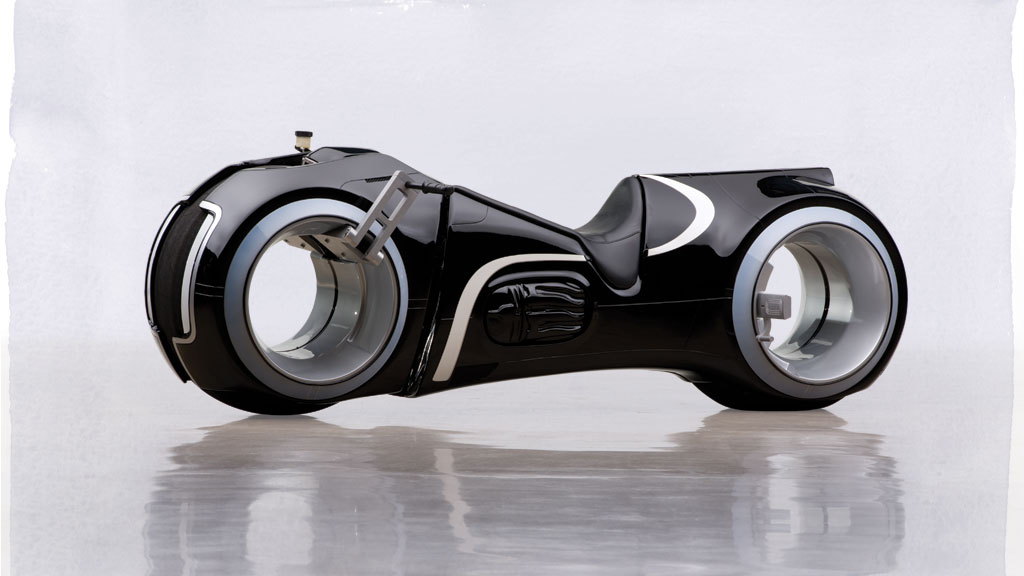 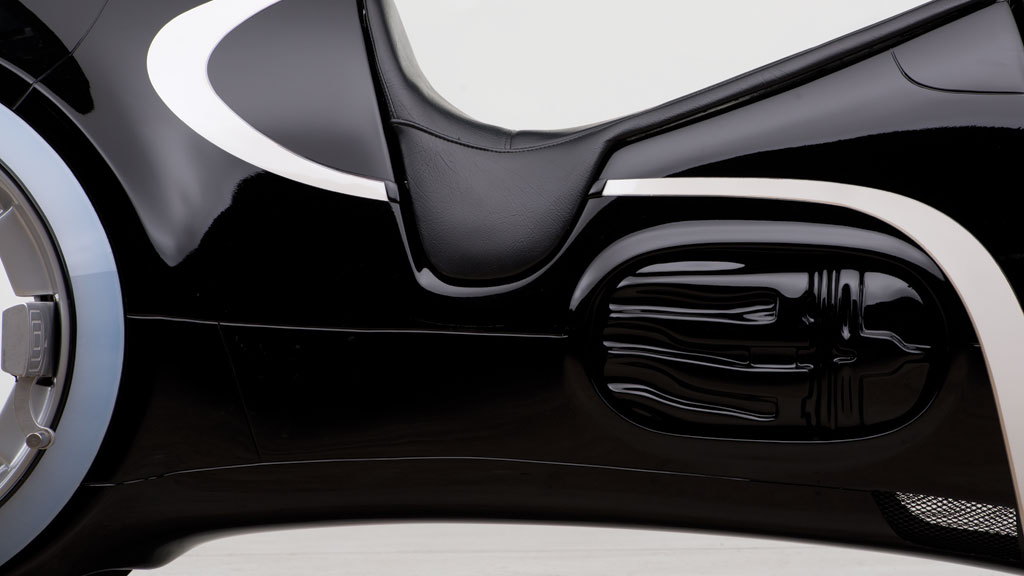 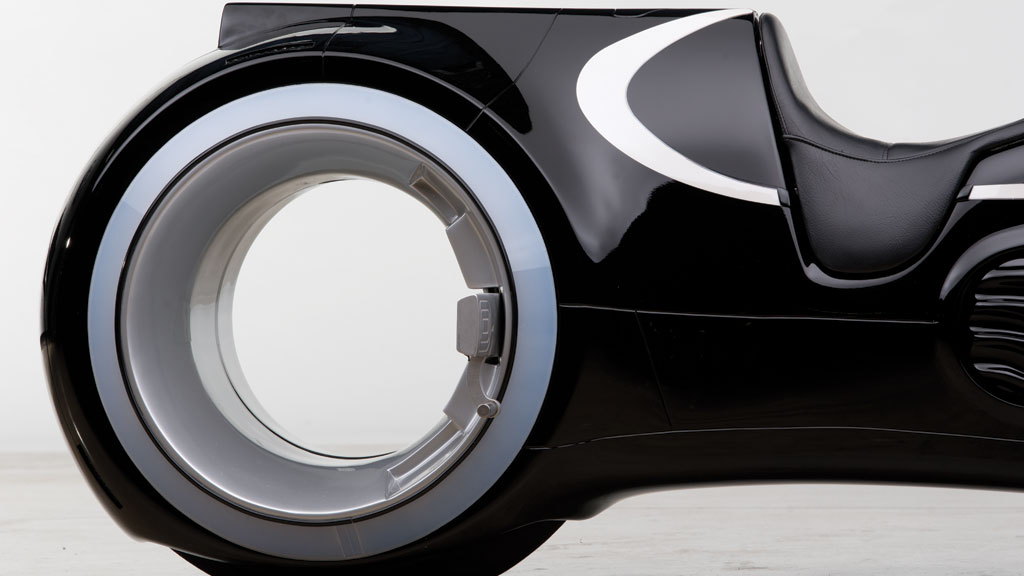 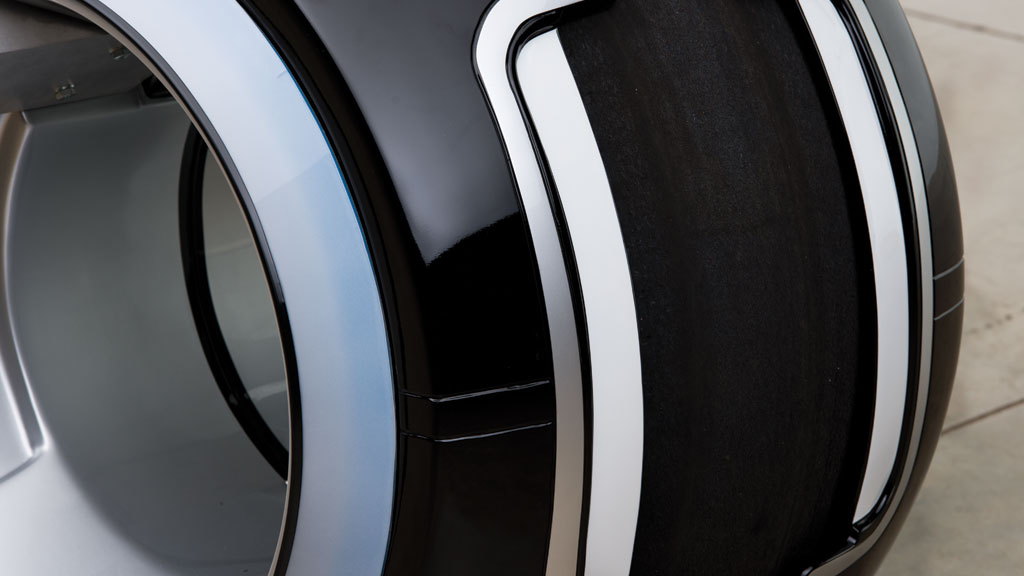 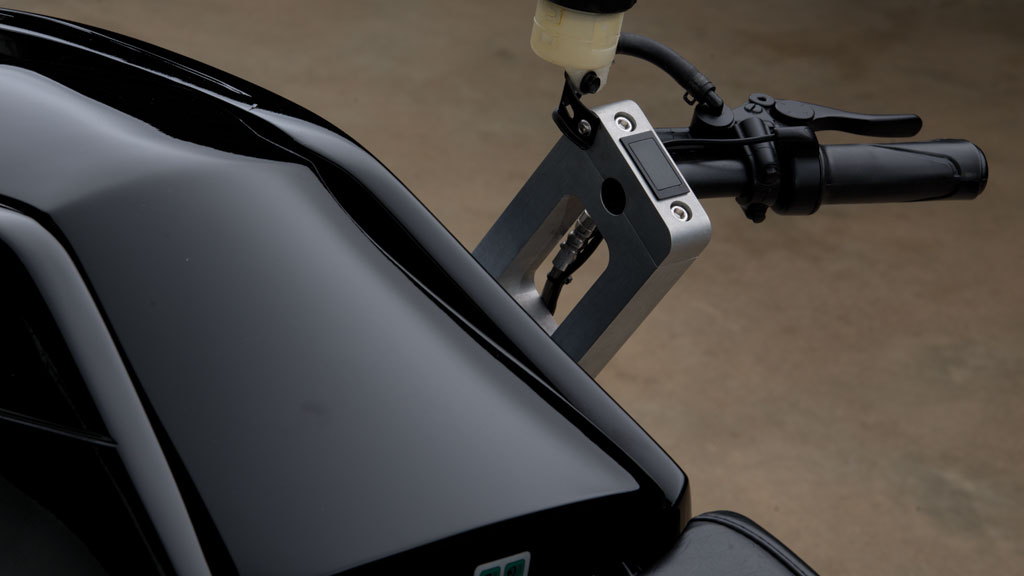 You can't put a price on the future, but you can put one on its props. While the plot left something to be desire, the 2010 reboot Tron: Legacy had some of the best visuals of any recent sci-fi movie, including an update of the original film's 'light cycle'.

A working replica of one of those bikes recently sold for $77,000 at an RM Auctions event. It was built by an outside firm for the Andrews Collection and features an electric powertrain. According to the auction listing, it was completed in 2012 but has only been taken for short test rides around the Andrews facility.

The replica light cycle sold for about half of the price of the Lotus C-01 motorcycle designed by Daniel Simon, vehicle concept designer for Tron: Legacy. With a 1.2-liter V-twin engine rated at 200 horsepower, and a more realistic riding position, the Lotus will probably prove more practical in everyday life.

It's also just under $20,000 more than the light-cycle replicas Hammacher Schlemmer was peddling back in 2011. These featured steel frames with fiberglass bodywork, and either 1.0-liter Suzuki or Ducati engines.

Even if you've never seen Tron: Legacy, it's hard to deny that its light cycles are pretty darn cool. Maybe that's why there's so much interest in replicating them, even though the movie itself doesn't seem to have had much of a cultural impact.