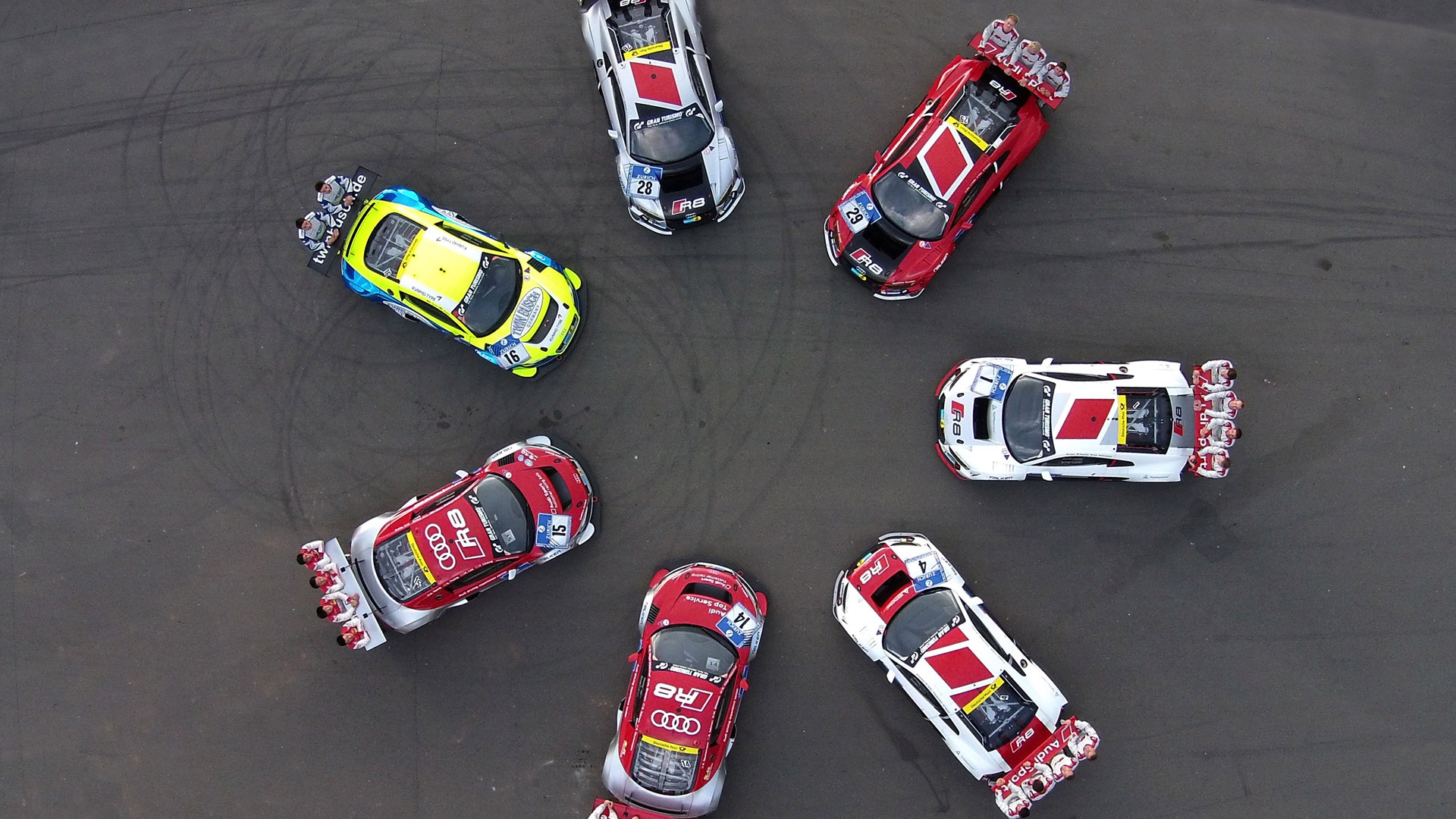 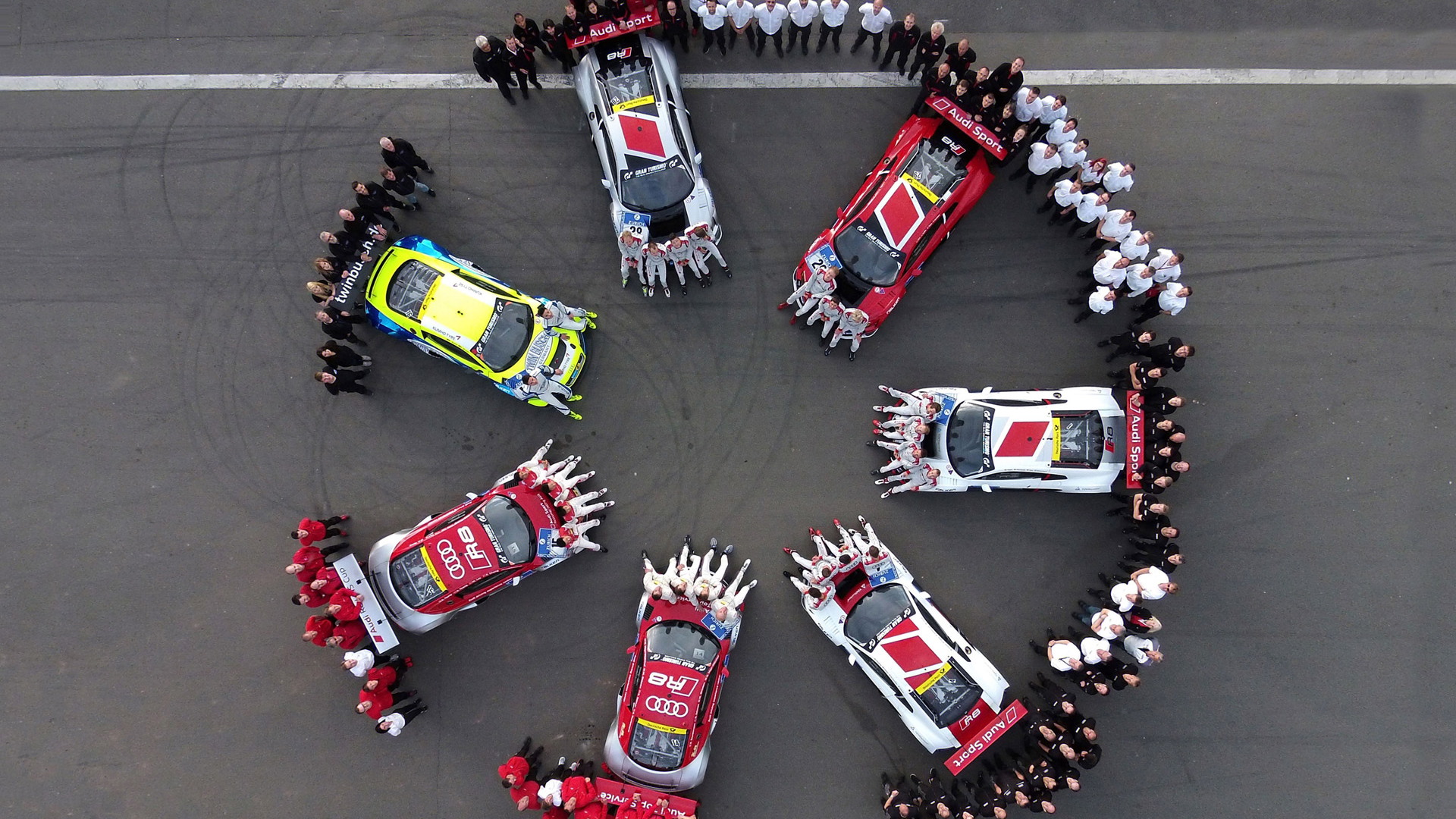 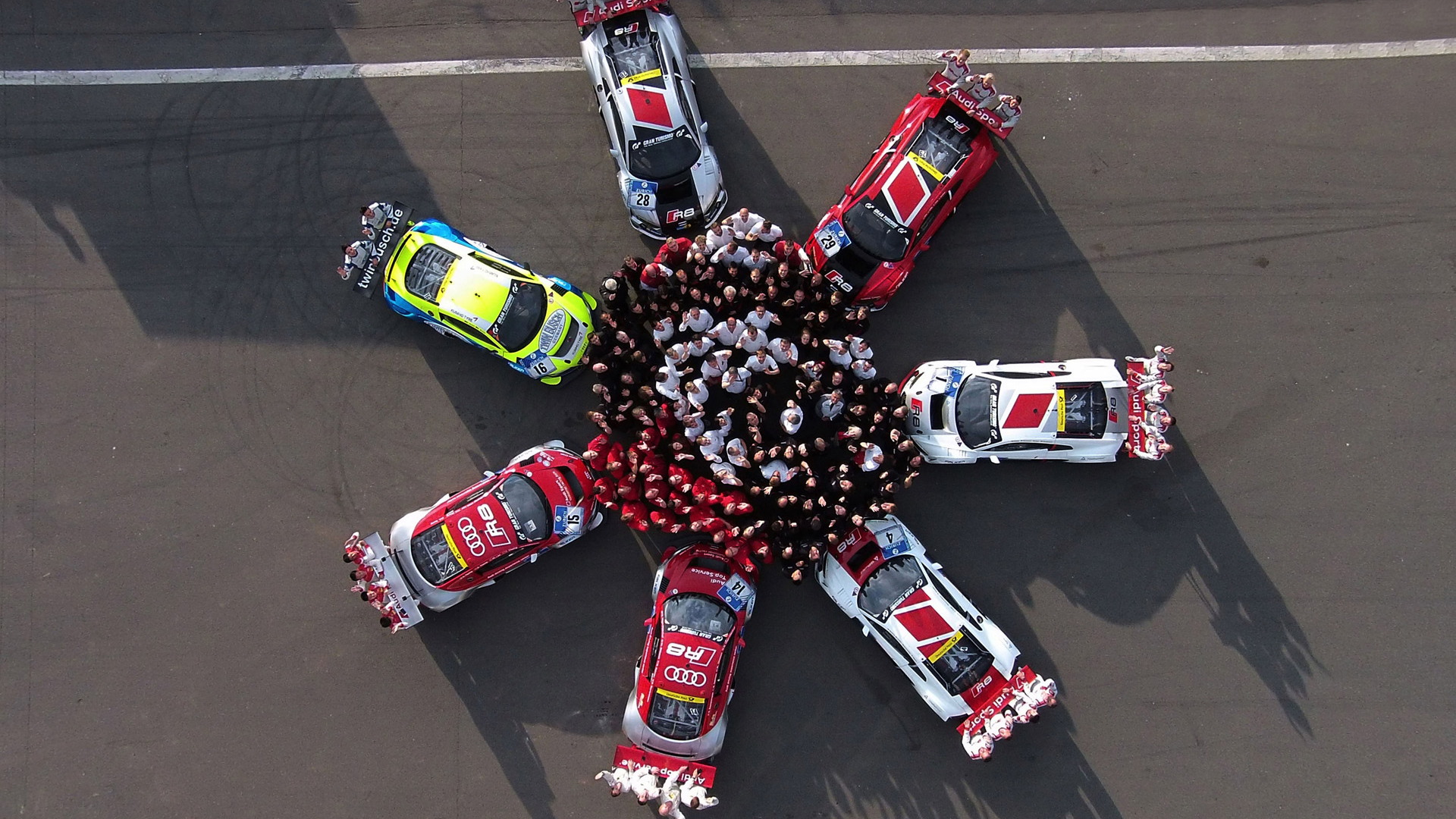 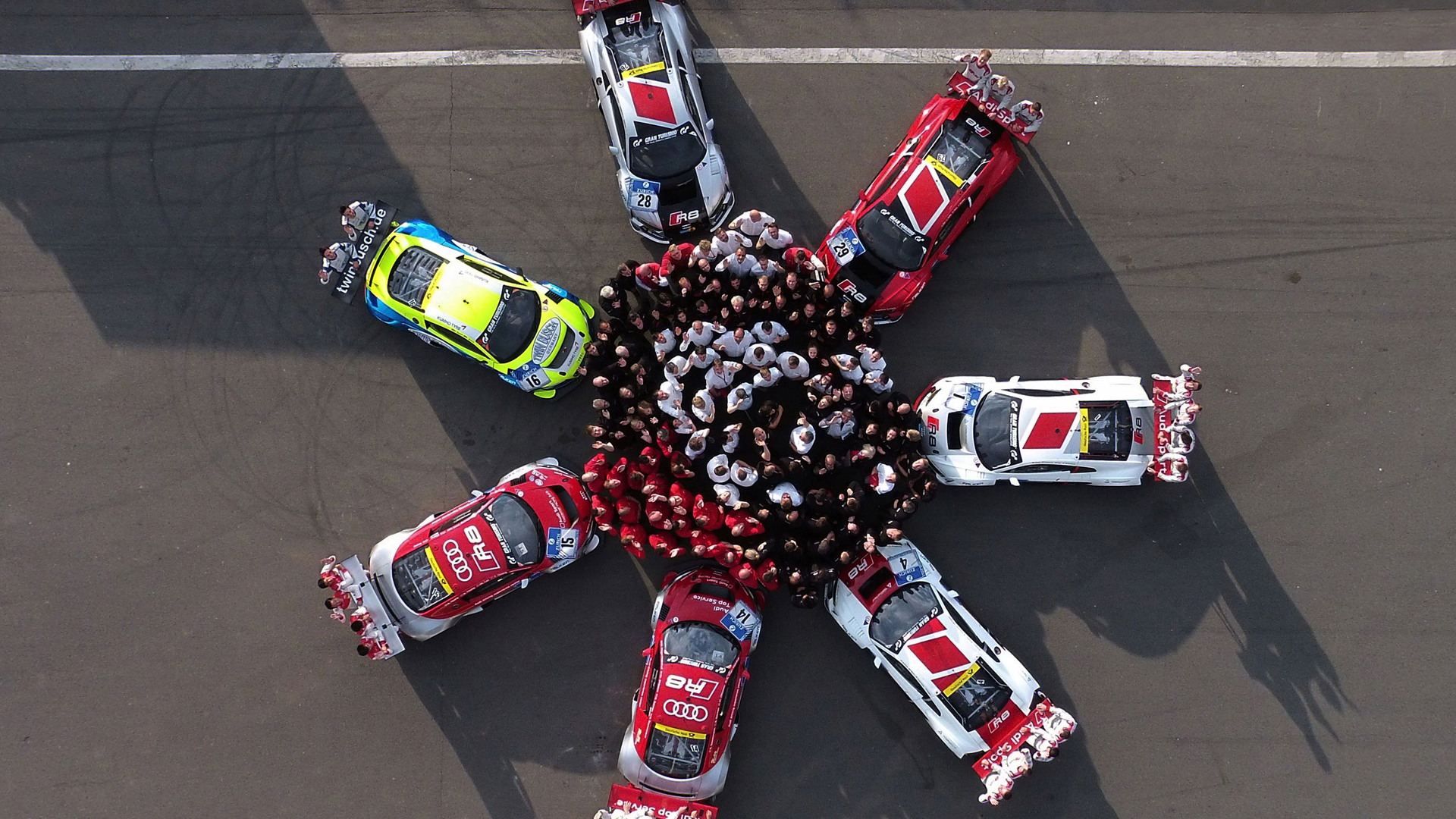 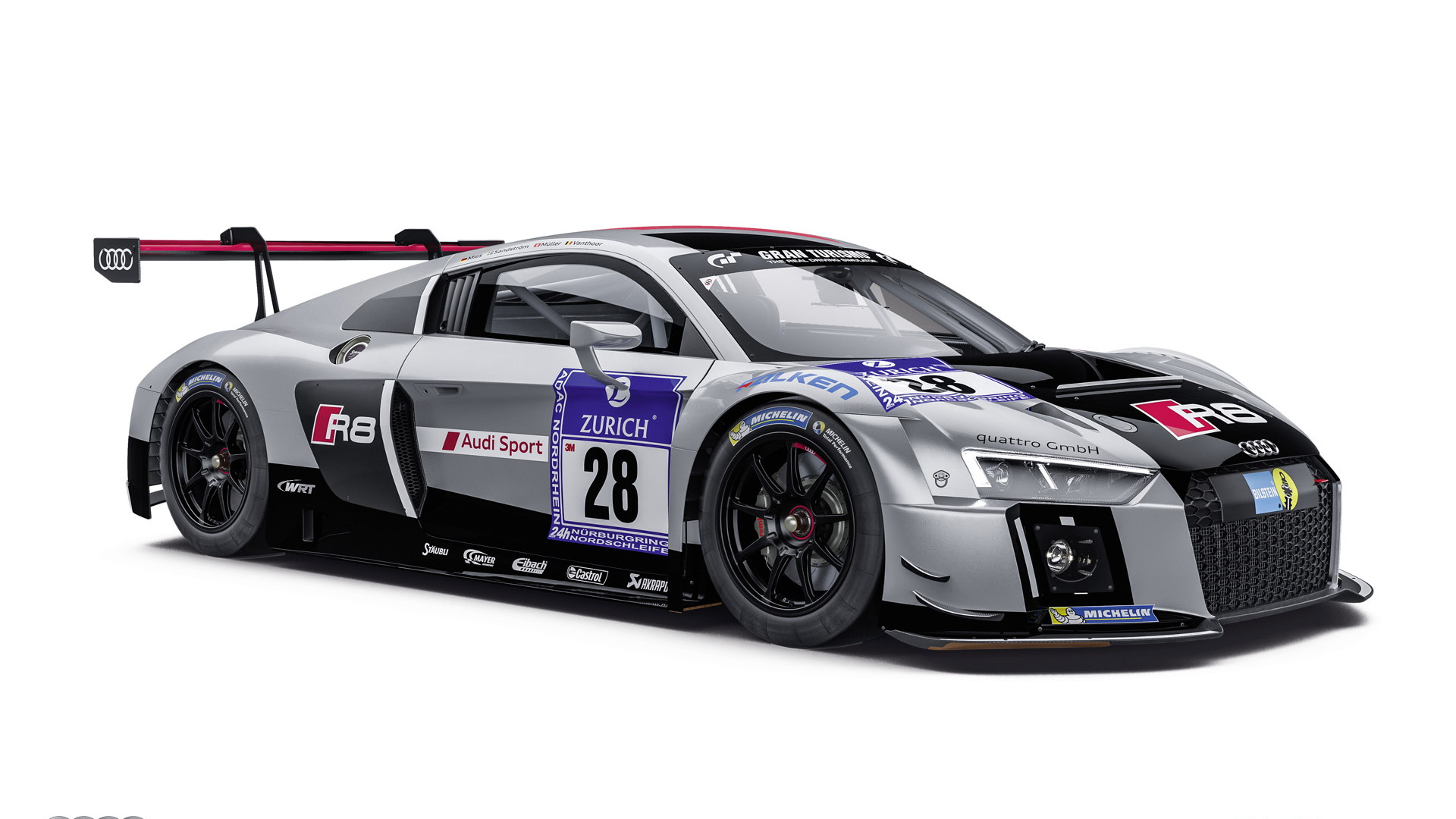 Fresh from its debut at March’s Geneva Motor Show, Audi’s new R8 supercar in race car trim will be among the many cars at the Nürburgring this weekend taking part in the German circuit’s annual 24-hour race. The racing version of the new Audi supercar is the R8 LMS, and although it’s been designed to meet the FIA’s new GT3 specifications coming into force for 2016, in modified form it’s been allowed to compete in the 2015 VLN series, whose highlight is the Nürburgring 24 Hours race.

Power in the R8 LMS comes from a V-10 engine that’s nearly identical to the unit fitted to the road-going R8. The engine displaces 5.2 liters and has its output capped at 500 horsepower for the VLN. Unlike the road car, drive in the racer is to the rear wheels only, via a sequential gearbox.

Four teams will field the R8 LMS, including factory-backed teams Audi Sport Team Phoenix and Audi Sport Team WRT. Audi is also once again running its Race Experience program that allows car enthusiasts to buy a seat in the race.

In the field of 160 entrants taking part this weekend, the fleet of R8 LMS race cars will go up against 22 rivals from six other marques in the GT3 category. Some of the other marques competing include Aston Martin (Vantage GT12), Bentley (Continental GT3), BMW (Z4 GT3), Lexus (RC F GT3), Mercedes-Benz (SLS AMG GT3) and Porsche (911 GT3 R). Scuderia Cameron Glickenhaus will also be there with its SCG003, competing in the specialized SPX category.

The Nürburgring 24 Hours is regarded as one of the toughest racing events of the year, and competitors race the full 15.77-mile length of the combined Nordschleife and Grand Prix circuit. Last year’s winner was Audi Sport Team Phoenix with the previous-generation R8 LMS.