Just a week after its victory at the 24 Hours of Le Mans, Audi has won the equally arduous Nürburgring 24 Hours. Audi and its partner team Phoenix Racing celebrated a hard-fought victory yesterday at the Green Hell after its #4 R8 LMS ultra, competing in the top SP9 GT3 class and driven by Christopher Haase, Christian Mamerow, Rene Rast and Markus Winkelhock, drove a total 2507.296 miles (159 laps), and in the process established a new distance record for the event. The same squad drove to victory back in 2012.

Like most of the Nürburgring 24 Hours races (this was the 42nd running), this year’s race was a true thriller. The action started early when Frenchman Kevin Estre stunned the crowds with a magic 8:10.921-minute lap in the #66 McLaren MP4-12C GT3 and established a new qualifying record time. And the race also provided right from the start what the motorsport enthusiasts had hoped for: enthralling battles for positions and many accidents. In the opening stages, the race was dominated by the pole sitter but when the McLaren pitted at the end of lap four, the #25 BMW Z4 GT3 took the lead. Later, it would be a battle between the Audi and Mercedes teams. 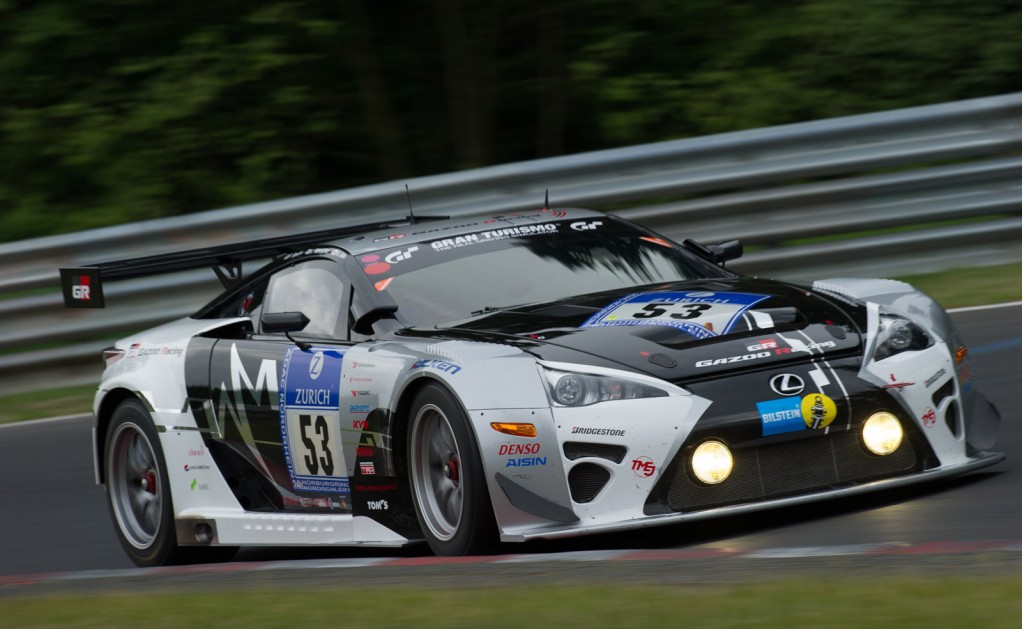 A stock LFA took out the SP8 class and further success for Toyota was achieved by the Toyota Swiss Racing team which dominated the V3 category for the third successive year to claim first and second place in GT 86 coupes prepared by TMG of Germany.

Below are the top ten results of the 2014 Nürburgring 24 Hours: