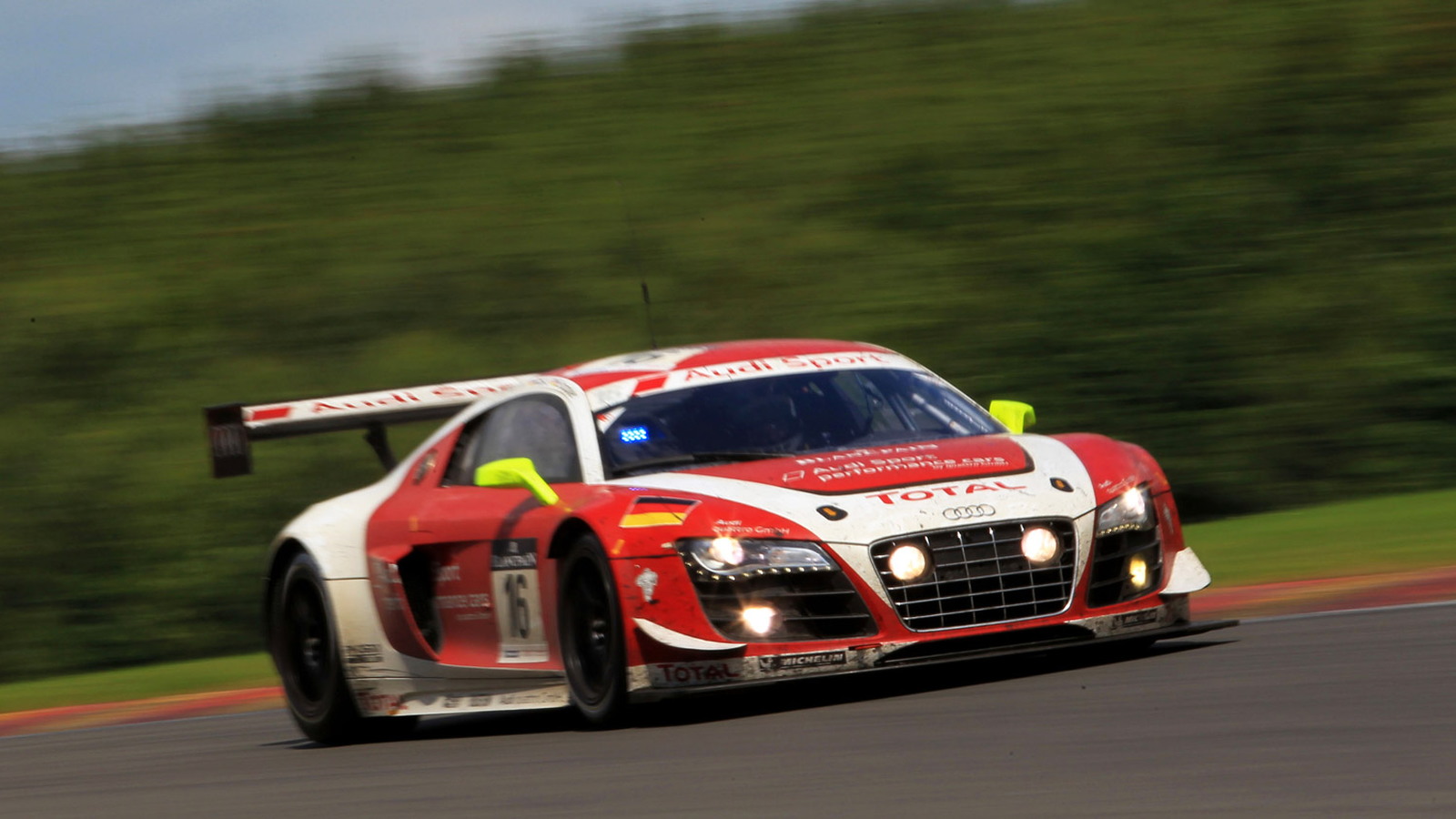 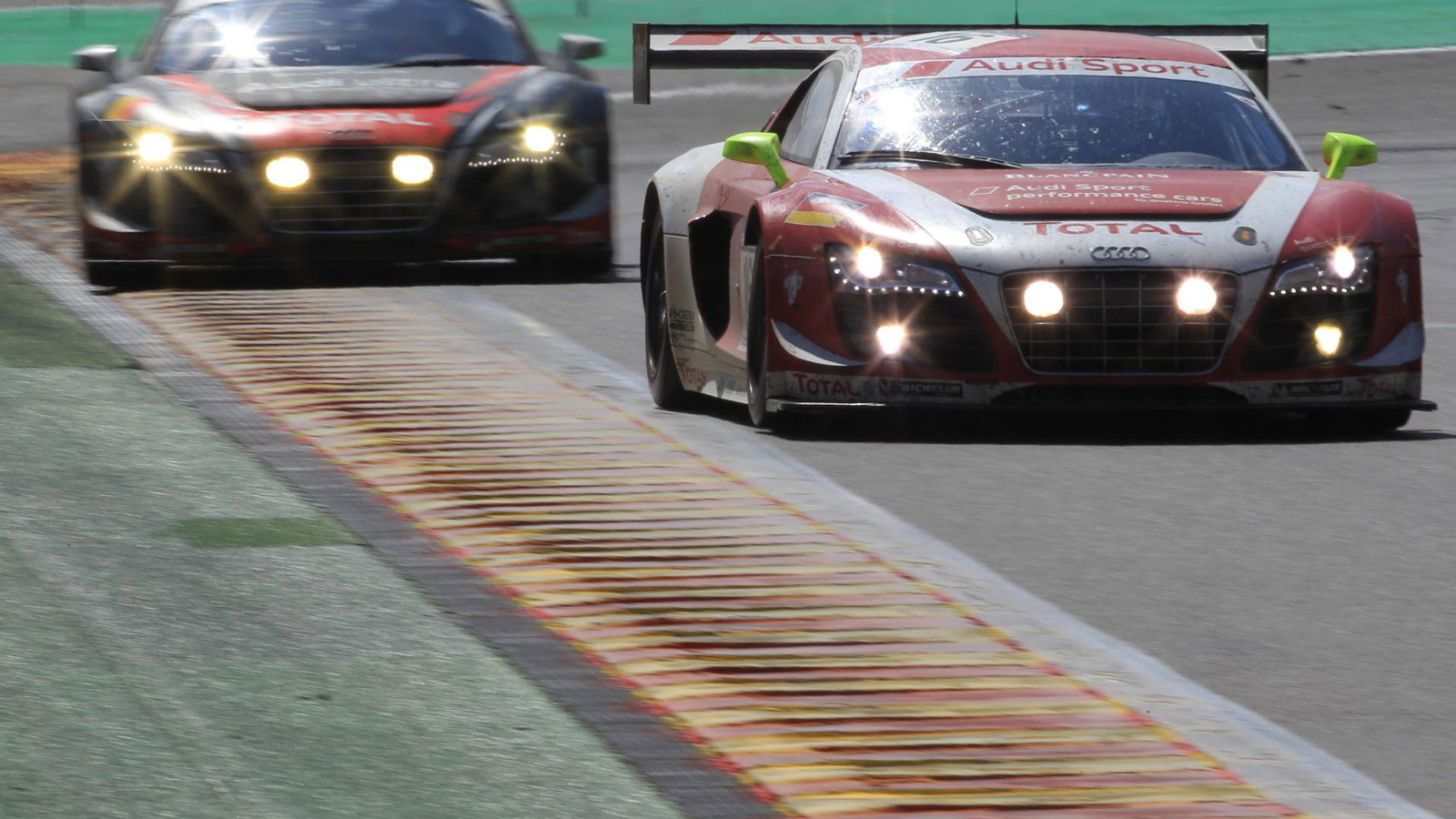 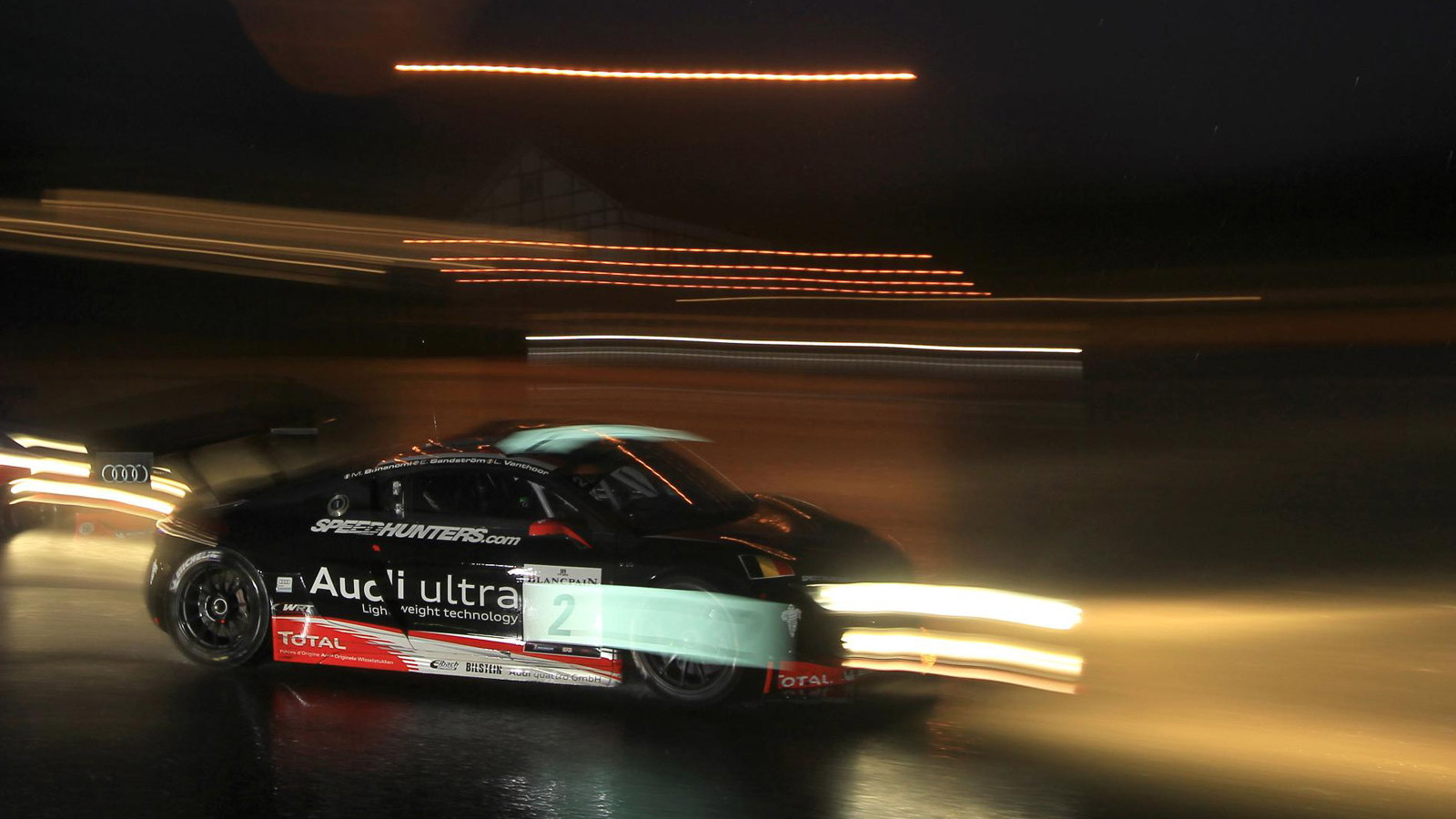 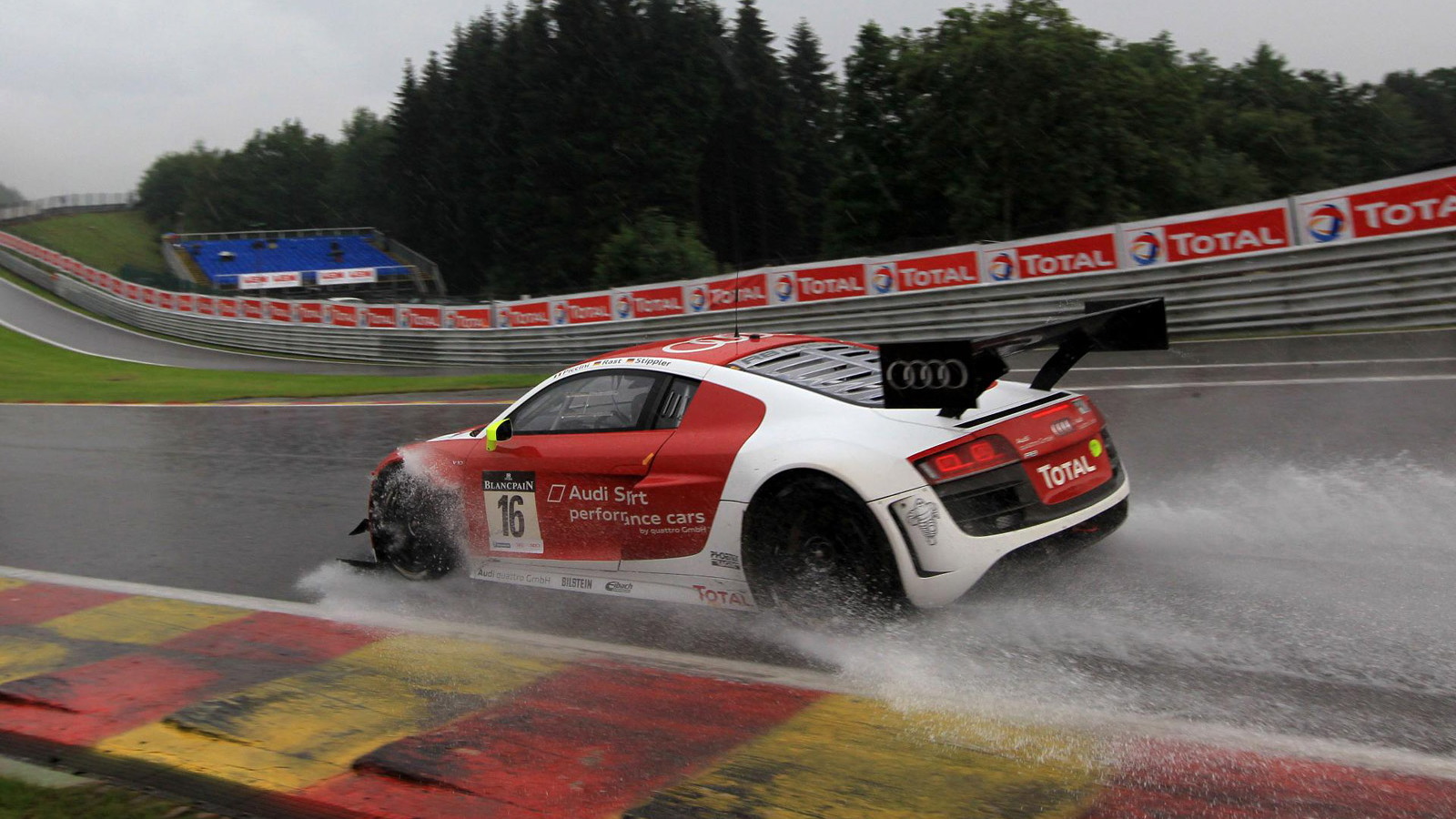 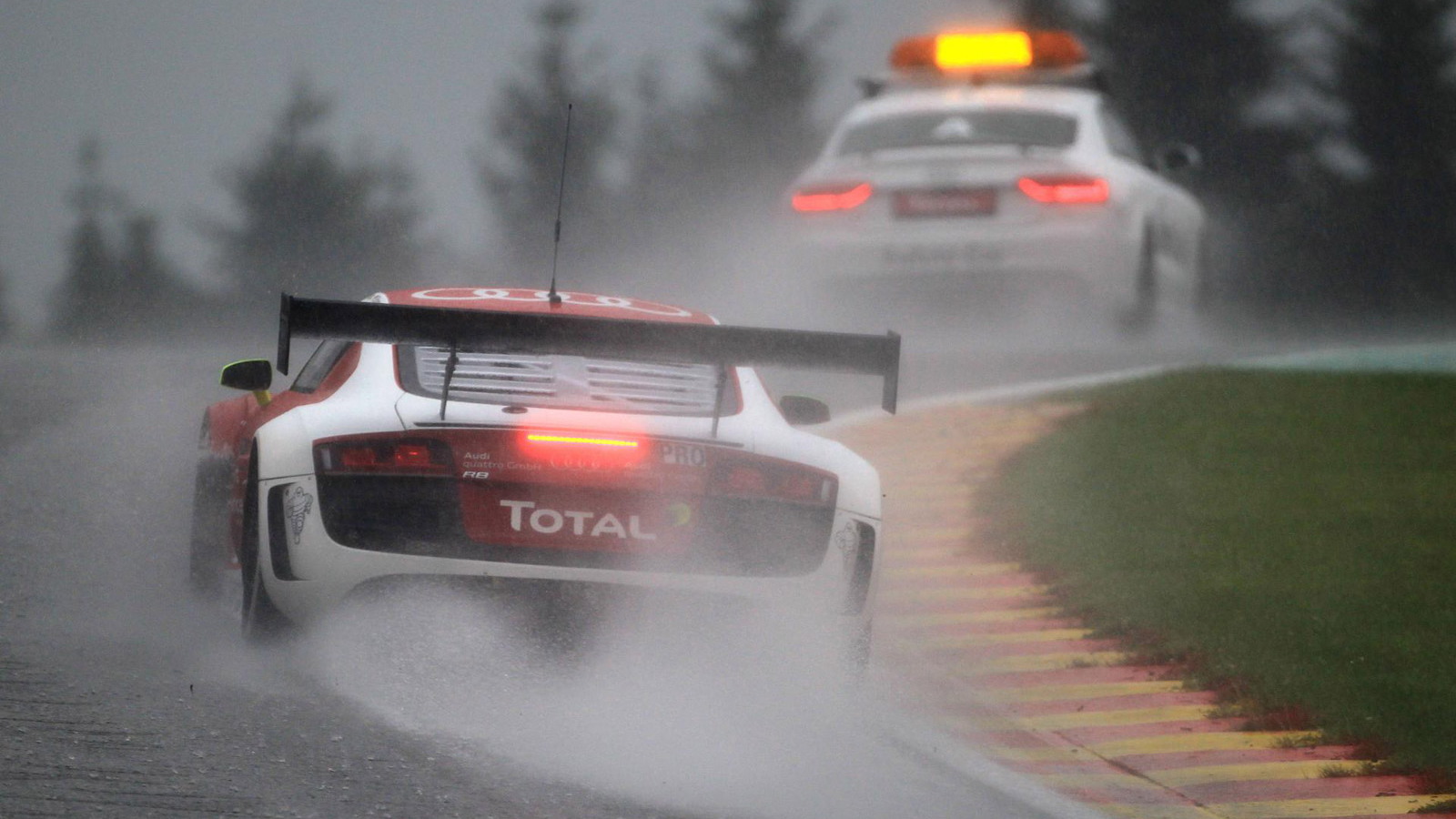 8
photos
Following victories at the recent Nürburgring and Le Mans 24-hour events, Audi has now executed a one-two finish at the equally grueling Spa 24 Hours endurance race this past weekend. A total of 66 cars from twelve different manufacturers took to the legendary Circuit de Spa-Francorchamps in Belgium for the event this year, but in the in the end it was the Audi R8 LMS ultra race car of Audi Sport Team Phoenix, piloted by Andrea Piccini, René Rast and Frank Stippler, that came out on top.

They managed to complete 509 laps of the 3.66-mile long track over the 24 hours of the race. Coming in second, in the same GT3 class as the Audi Sport Team Phoenix car and just one lap behind, was Audi Sport Team WRT, whose R8 LMS ultra was piloted by Christopher Haase, Christopher Mies, and Stéphane Ortelli.

The two Audi were less than a lap apart for almost until the entire race, with the gap only widening in the final hour.  However, it could have easily been a disaster for the winning Audis. After a difficult first hour, the Audi R8 LMS ultra cars required a correction of tire pressure and were initially behind some BMW Z4s.

It would stay this way until the fourth hour, when the first Audi pulled into the lead. Later they would face torrential rain, minimal vision and a total of 16 safety car periods, but in the end, they would succeed

Third place went to team Vita4One and their BMW Z4, just two laps behind the race winner, while another Z4 piloted by team Marc VDS took fourth place by finishing three laps behind. Rounding out the top five was AF Corse and their Ferrari 458 Italia, which finished the race eight laps behind.

One new race car this year was the McLaren MP4-12C GT3, of which a total of nine examples were competing. The best result for the McLaren was ninth place earned by team Von Ryan Racing, which finished 14 laps behind the leader.