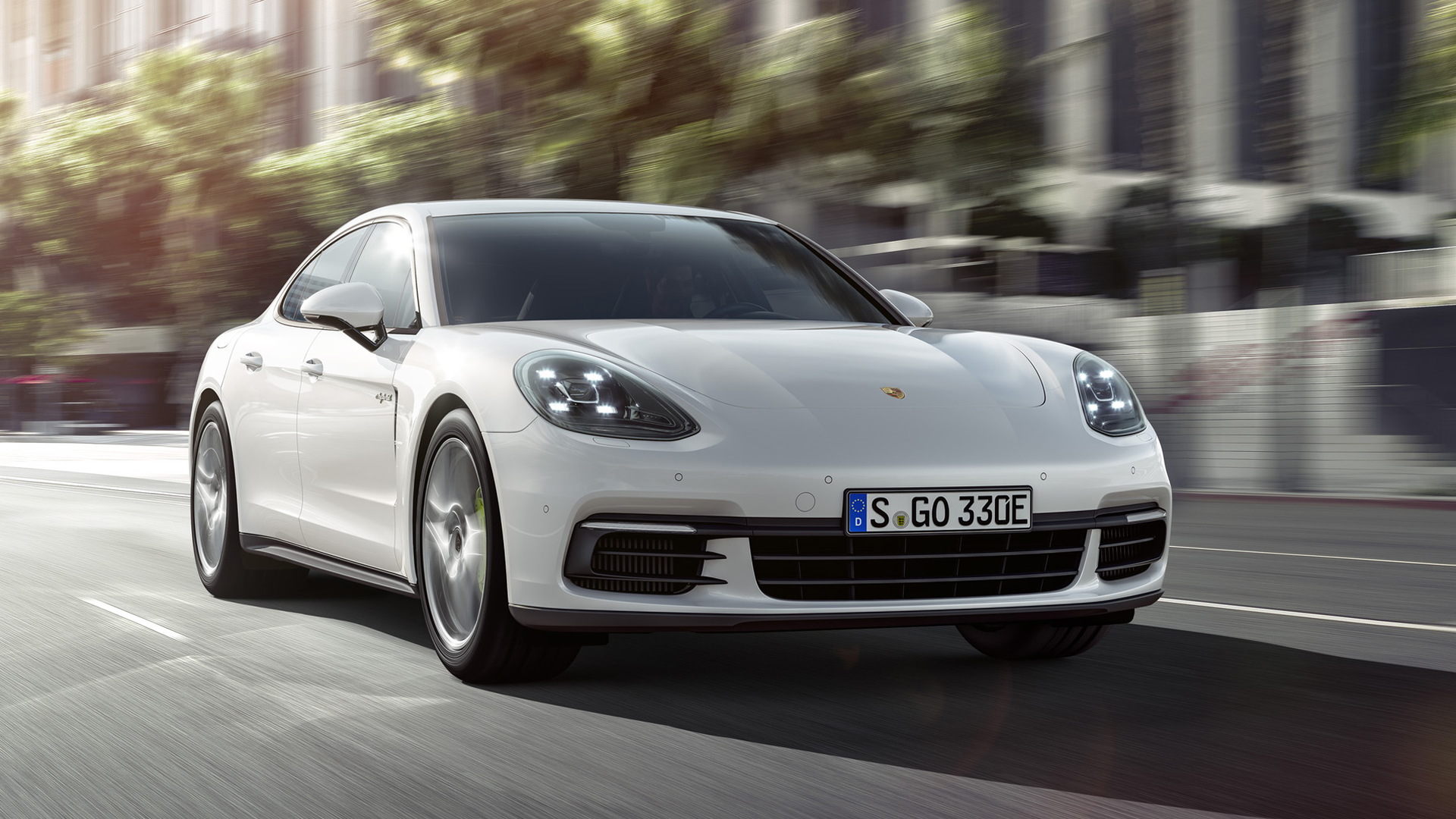 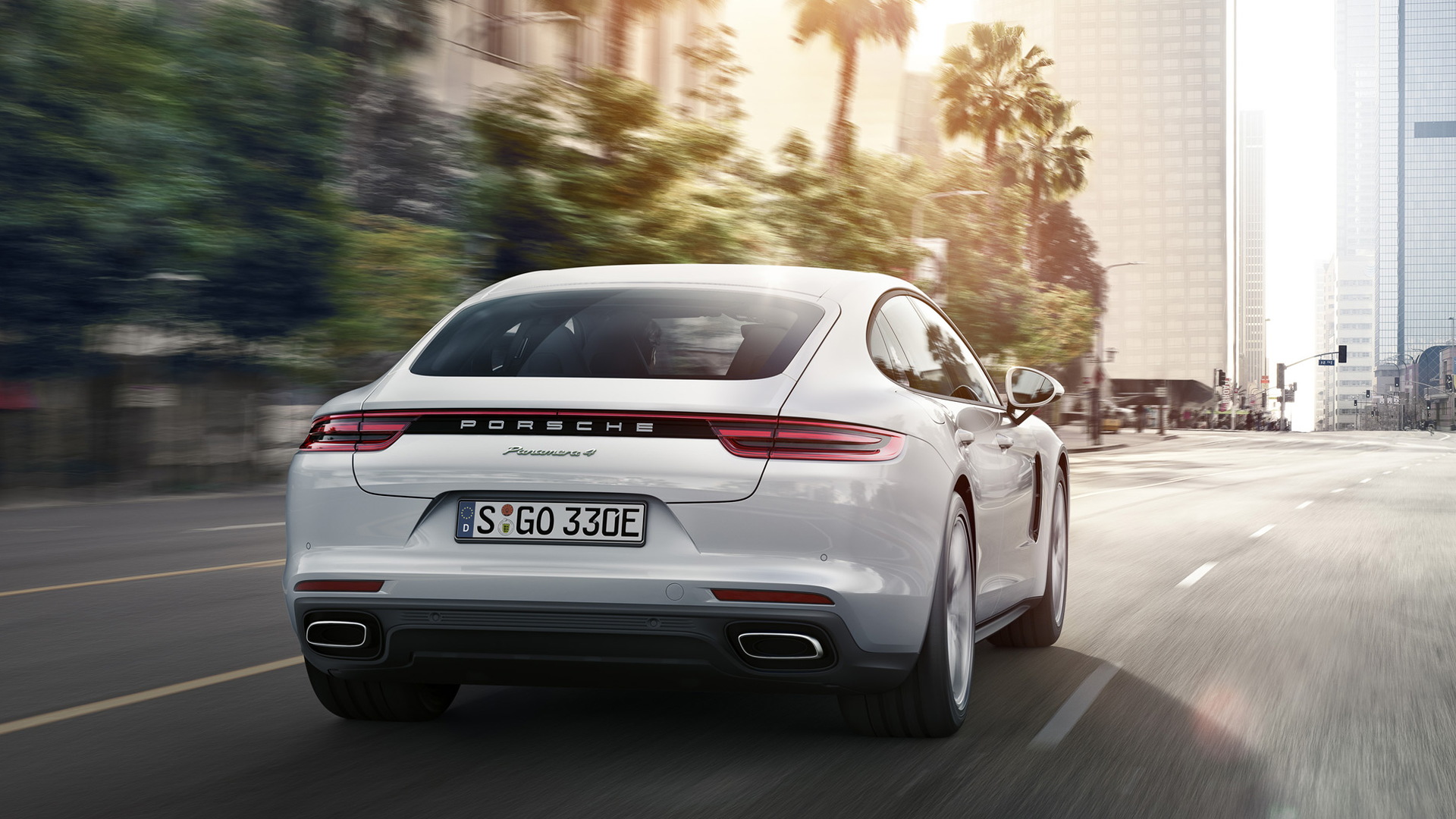 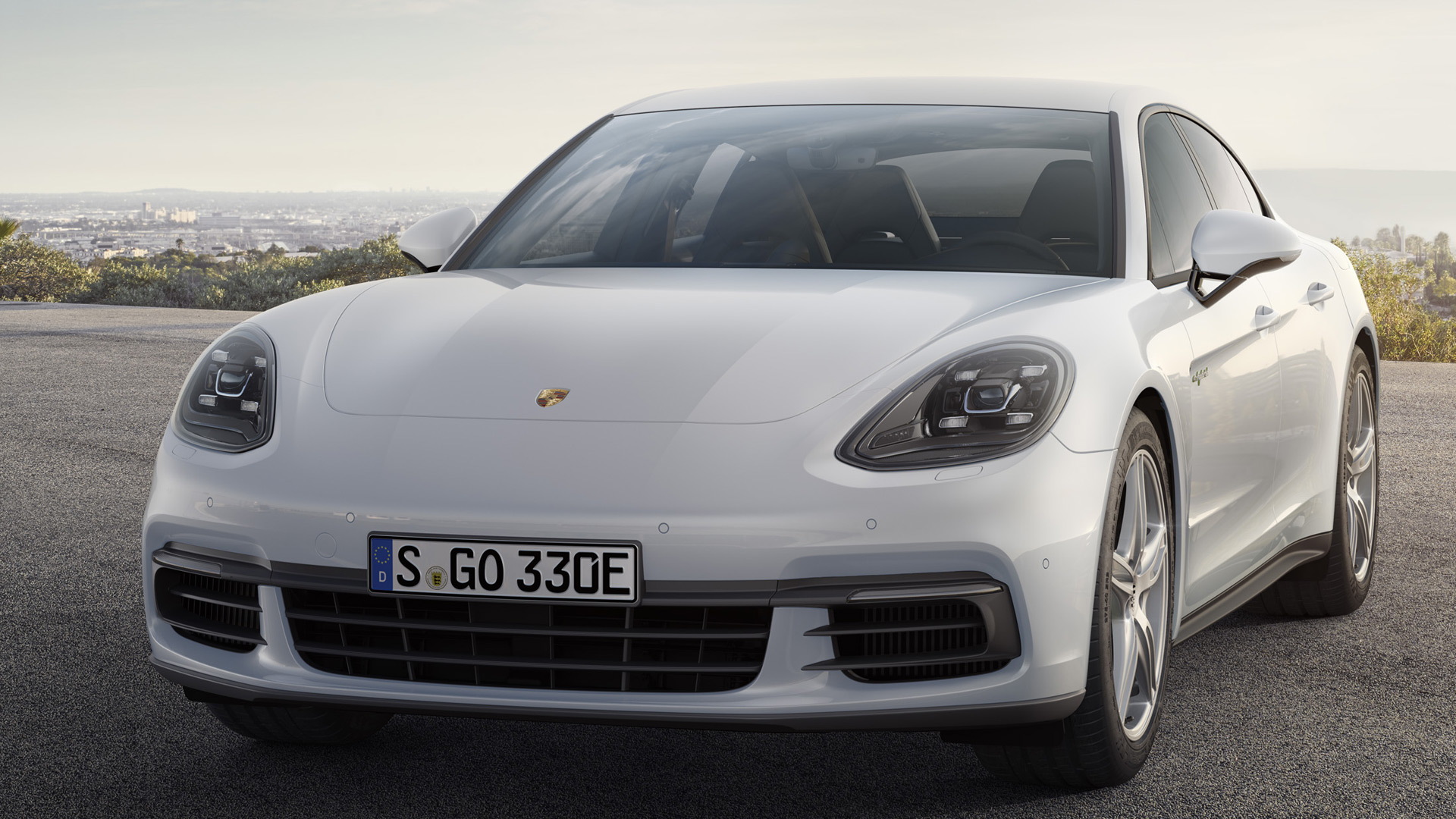 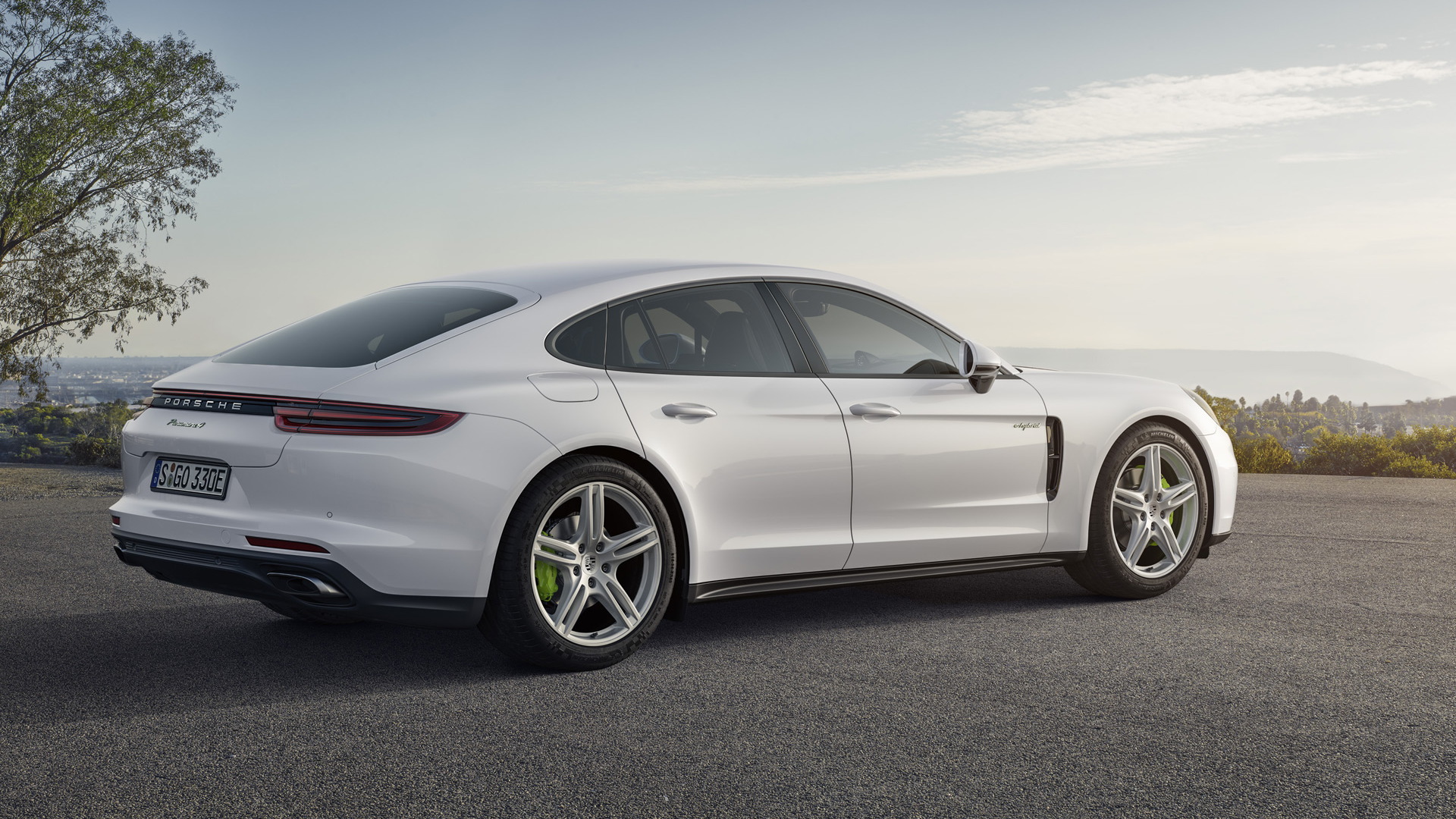 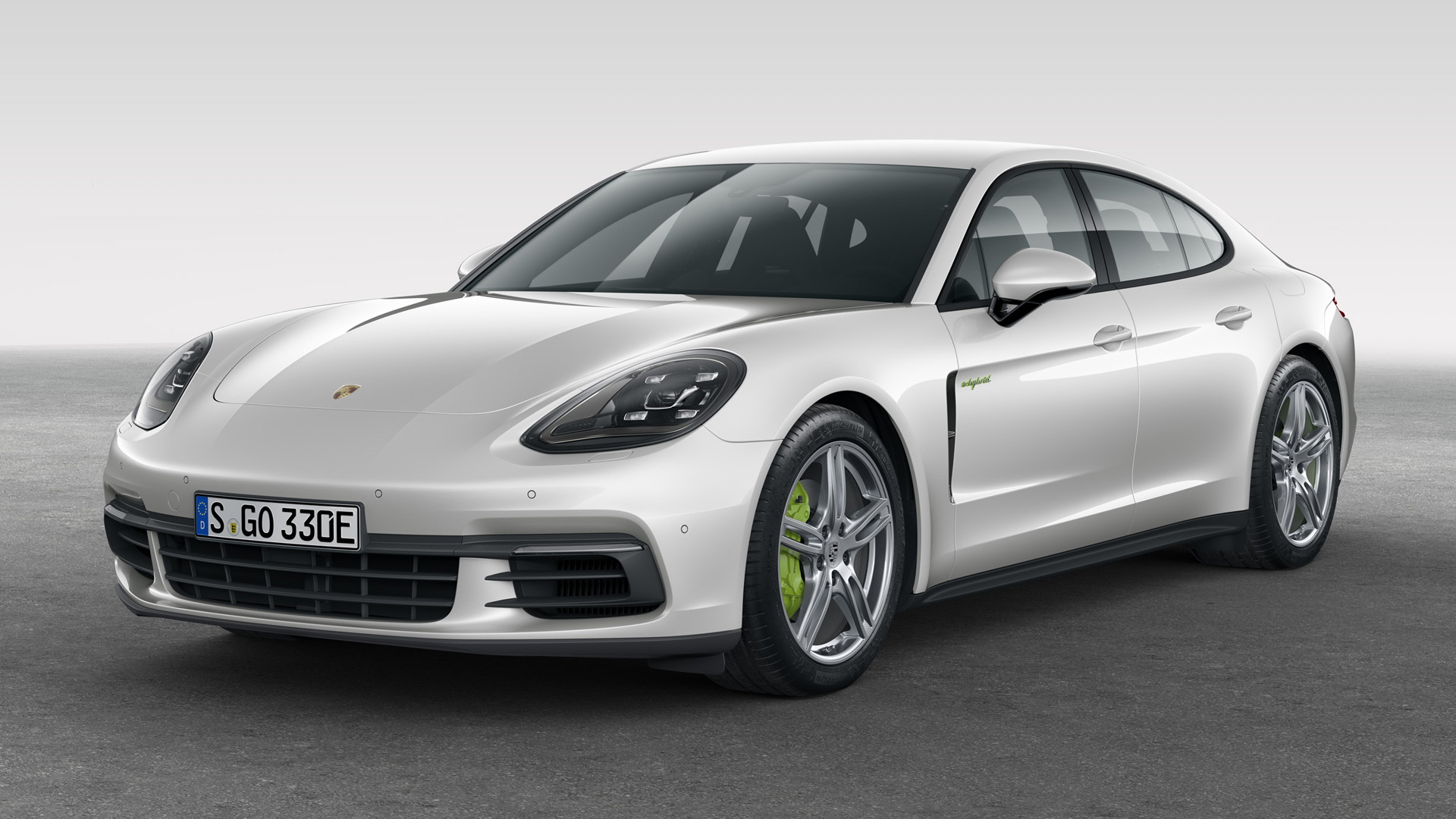 If you’re in the market for an electrified car that can outpace top sports cars but also take the family for a road trip come vacation time, then consider Porsche’s new Panamera 4 E-Hybrid.

The fuel-efficient sedan is the plug-in hybrid model in the second-generation Panamera lineup and serves as the replacement for the original Panamera’s S E-Hybrid model.

Once again an internal combustion engine is paired in parallel with an electric drive system, though now all four wheels are doing the driving due to a standard all-wheel-drive system, hence the “4” in the name.

The internal combustion engine is a detuned version of the twin-turbocharged 2.9-liter V-6 common to the Panamera 4S. In the Panamera 4 E-Hybrid, it delivers 330 horsepower and 331 pound-feet of torque. The electric drive system consists of a single electric motor delivering 136 hp and 295 lb-ft.

Peak output of the Panamera 4 E-Hybrid is rated at 462 hp and 516 lb-ft, which is routed to the wheels via Porsche’s new 8-speed dual-clutch transmission. Porsche claims a 0-60 mph time of 4.4 seconds and a top speed of 172 mph.

Powering the electric drive system is a 14.1-kilowatt-hour lithium-ion battery stored under the trunk. It provides an electric range of about 31 miles on a single charge and takes 12 hours to charge with a standard 120-volt outlet. Working with the internal combustion engine, Porsche says the Panamera 4 E-Hybrid will return over 90 mpg on the European cycle. EPA ratings aren’t out but tend to be considerably more conservative.

Another new technology working to boost efficiency is an electronic decoupling system that can separate the internal combustion engine from the rest of the drivetrain, for example when coasting. The electronic decoupler is said to be quicker than the electro-hydraulic setup used in the Panamera S E-Hybrid.

Finally, it’s worth mentioning the different driving modes available to the driver, which is part of the Sport Chrono Package. In addition to the usual Sport and Sport Plus modes from other Porsche models, there are hybrid-specific E-Power (for electric power), Hybrid Auto (for maximum efficiency), E-Hold (for maintaining a specific charge level), and E-Charge (for on-the-run charging using the internal combustion engine) modes.

While second-generation Panamera S and Turbo models go on sale later this year, the 4 E-Hybrid won’t reach showrooms until the summer of 2017. Pricing will be announced closer to the market launch but should lie close to the $100k starting price of the Panamera S. It arrives as a 2018 model.

The Panamera 4 E-Hybrid makes its world debut September 29 at the 2016 Paris auto show. For more from the French show, head to our dedicated hub.