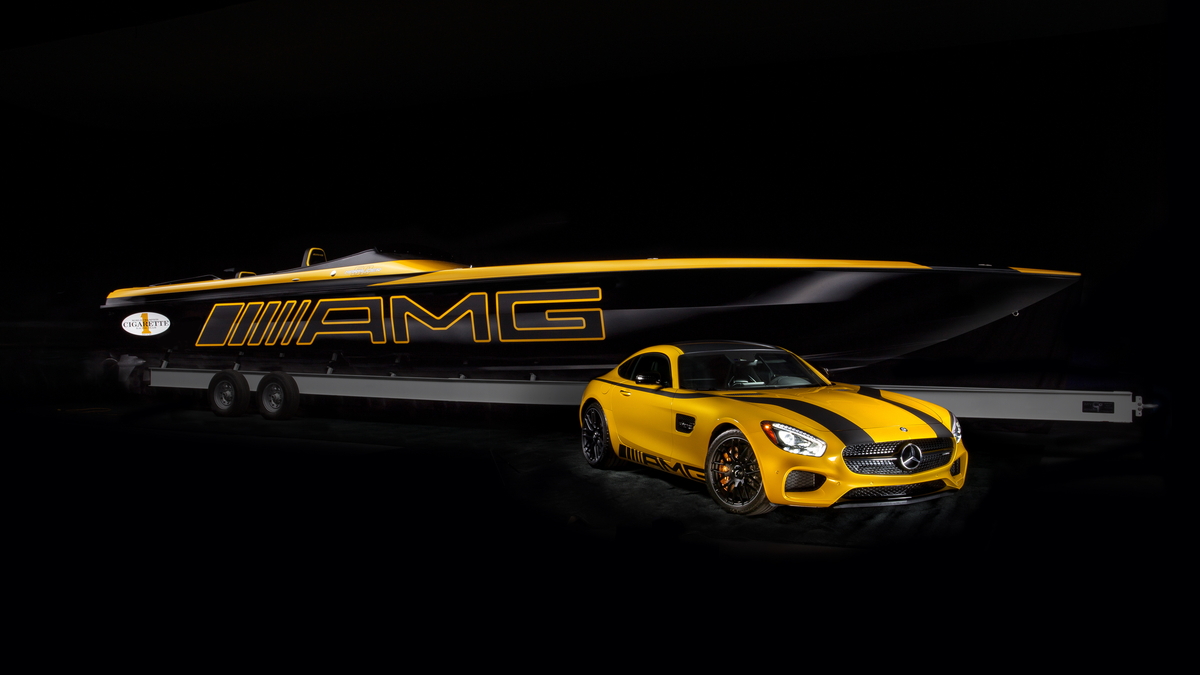 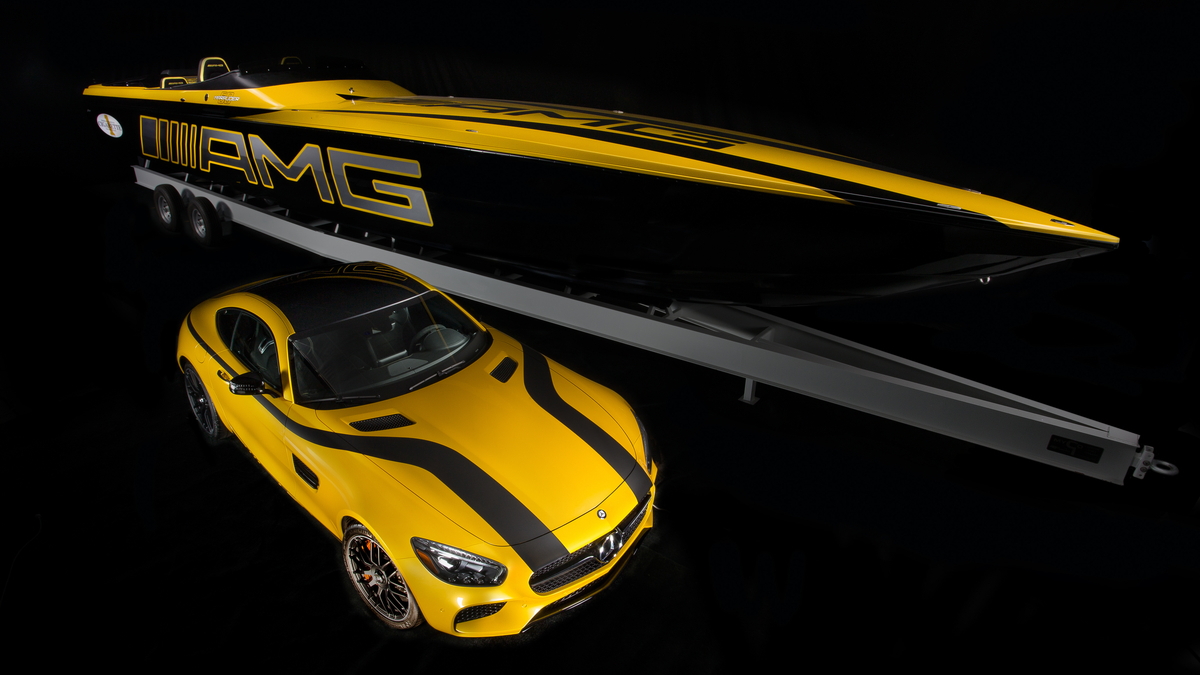 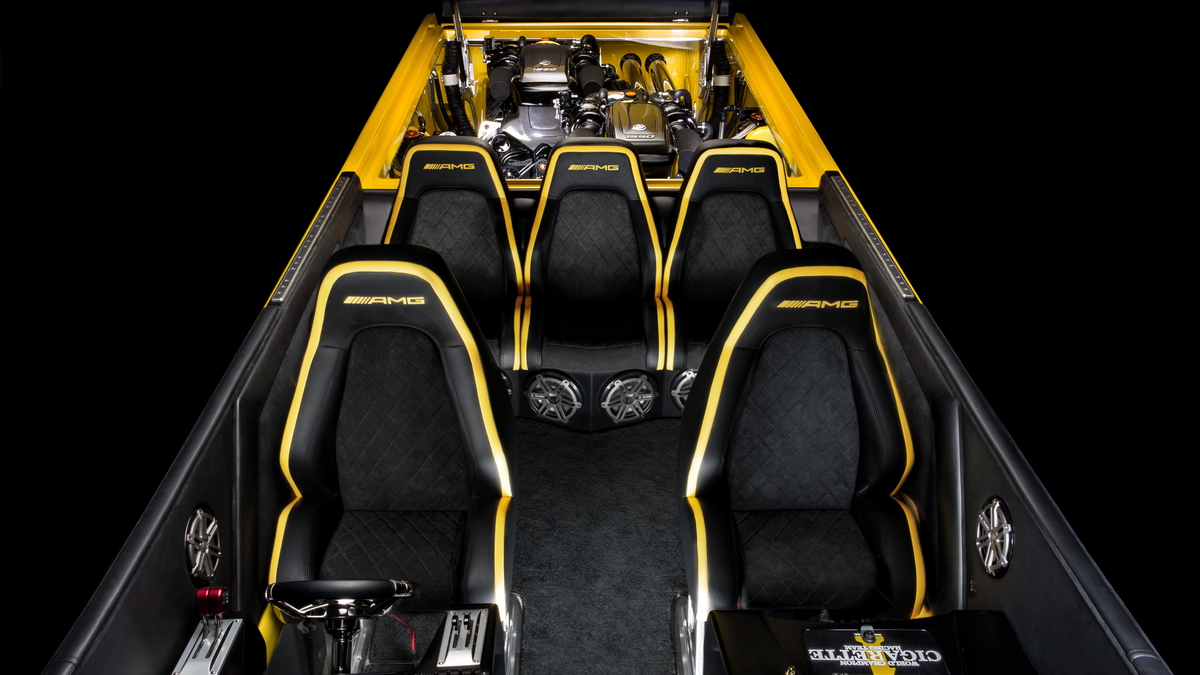 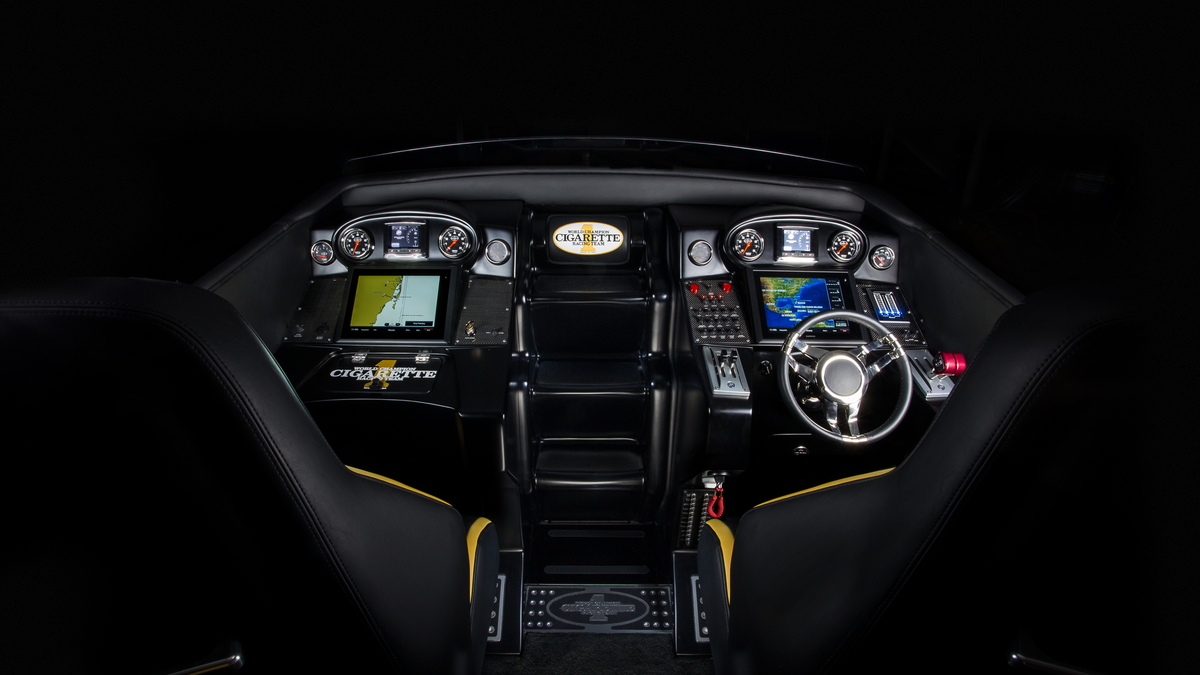 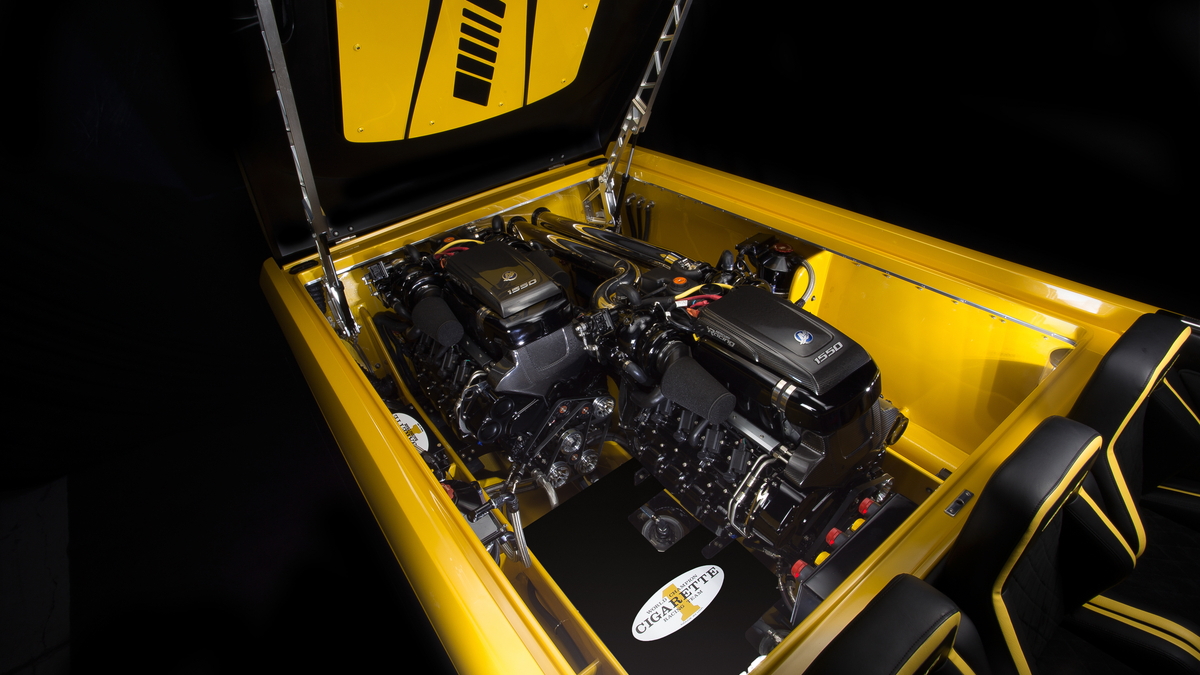 If you're a Mercedes-Benz fan, you'd be forgiven for thinking that if an AMG product winds up in the drink, something has gone terribly wrong.

But the three-pointed star's tuning wing has a history of working with uber-boat manufacturer Cigarette Racing, and over the years the partnership has produced vessels inspired by the SLS AMG Electric Drive, AMG Vision GT, and even the burly G63 AMG.

After all, most of the earth is covered in water.

The latest 50 Marauder GT S Concept—inspired by the new Mercedes-AMG GT S—is the latest boat bearing the AMG badge, and for those with the means, would surely be an inspired choice for some offshore action.

While the passenger compartment is loaded with AMG cues—from the branding on the seats to the layout of the dash—under the hood, things have been left to famous wizards of the water Mercury Racing. Power comes from a pair of the company's 1,550-horsepower V-8s, and provide enough poke to propel the 50-foot aquatic rocket to a top speed of 135 mph. For those keeping score, that makes it the planet's most powerful production racing boat.

Of course, all that power doesn't come cheap—the 50 Marauder GT starts at $1.2 million. No word on availability of a tow package for the matching GT S sports car.