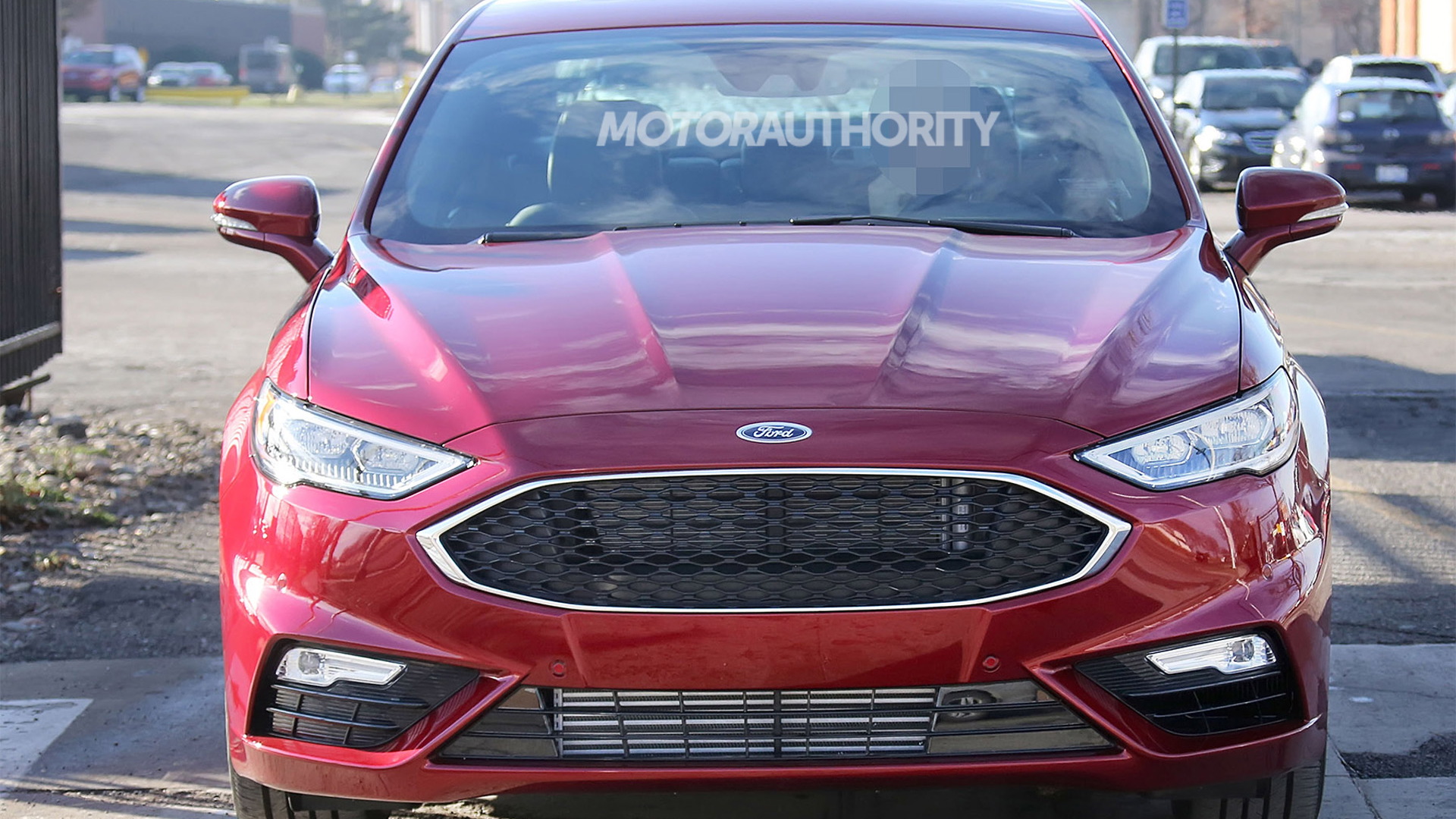 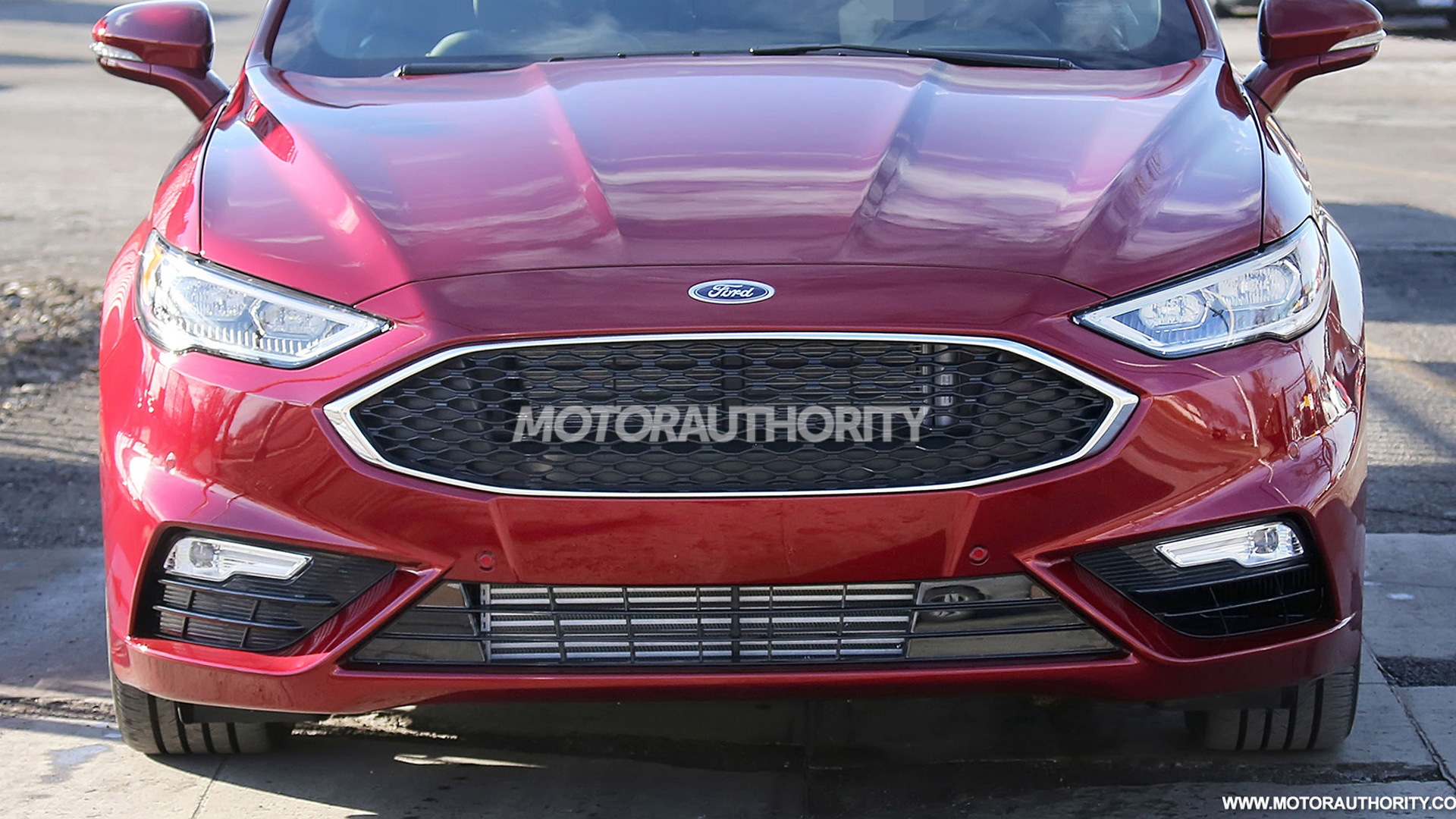 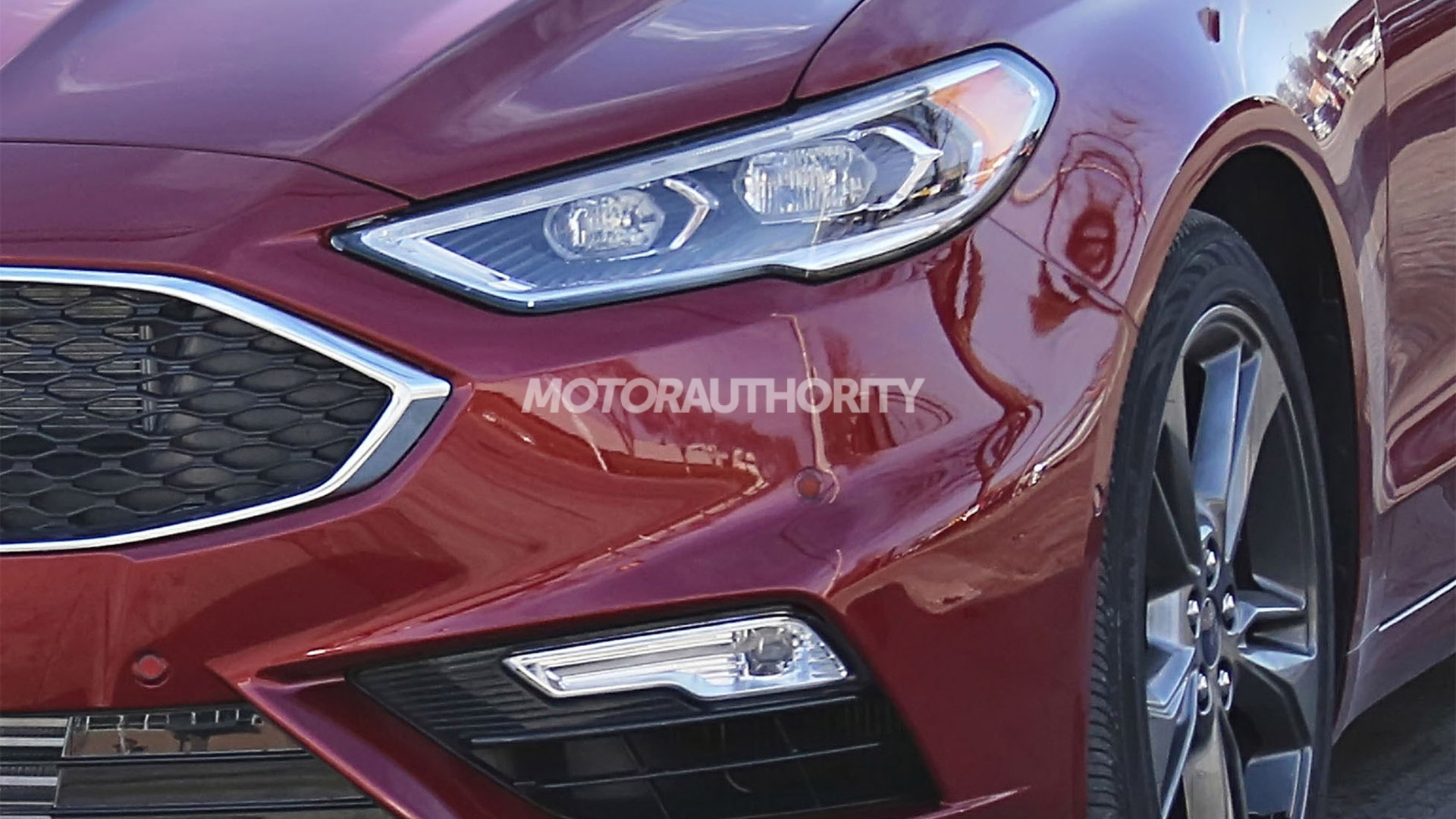 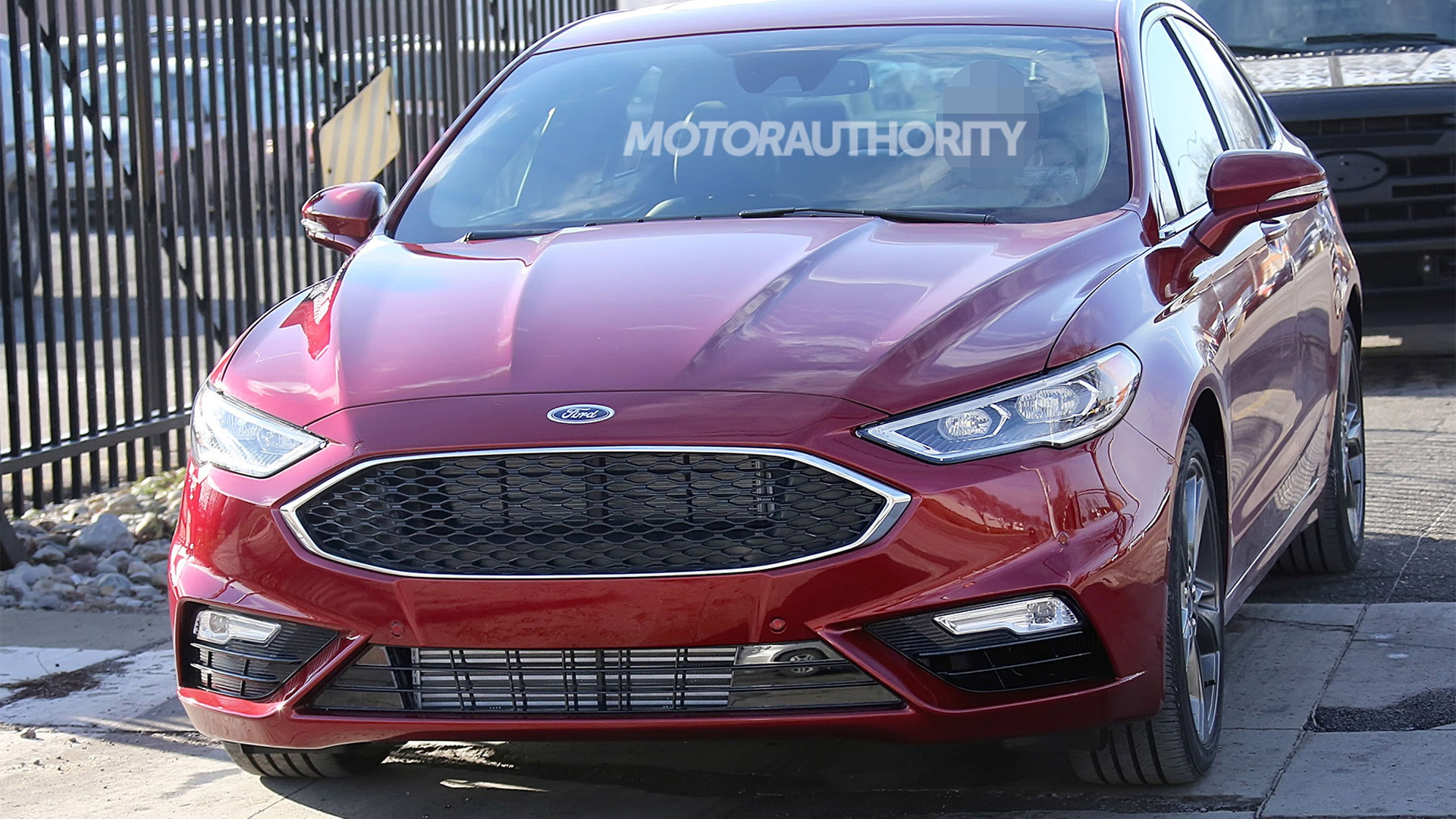 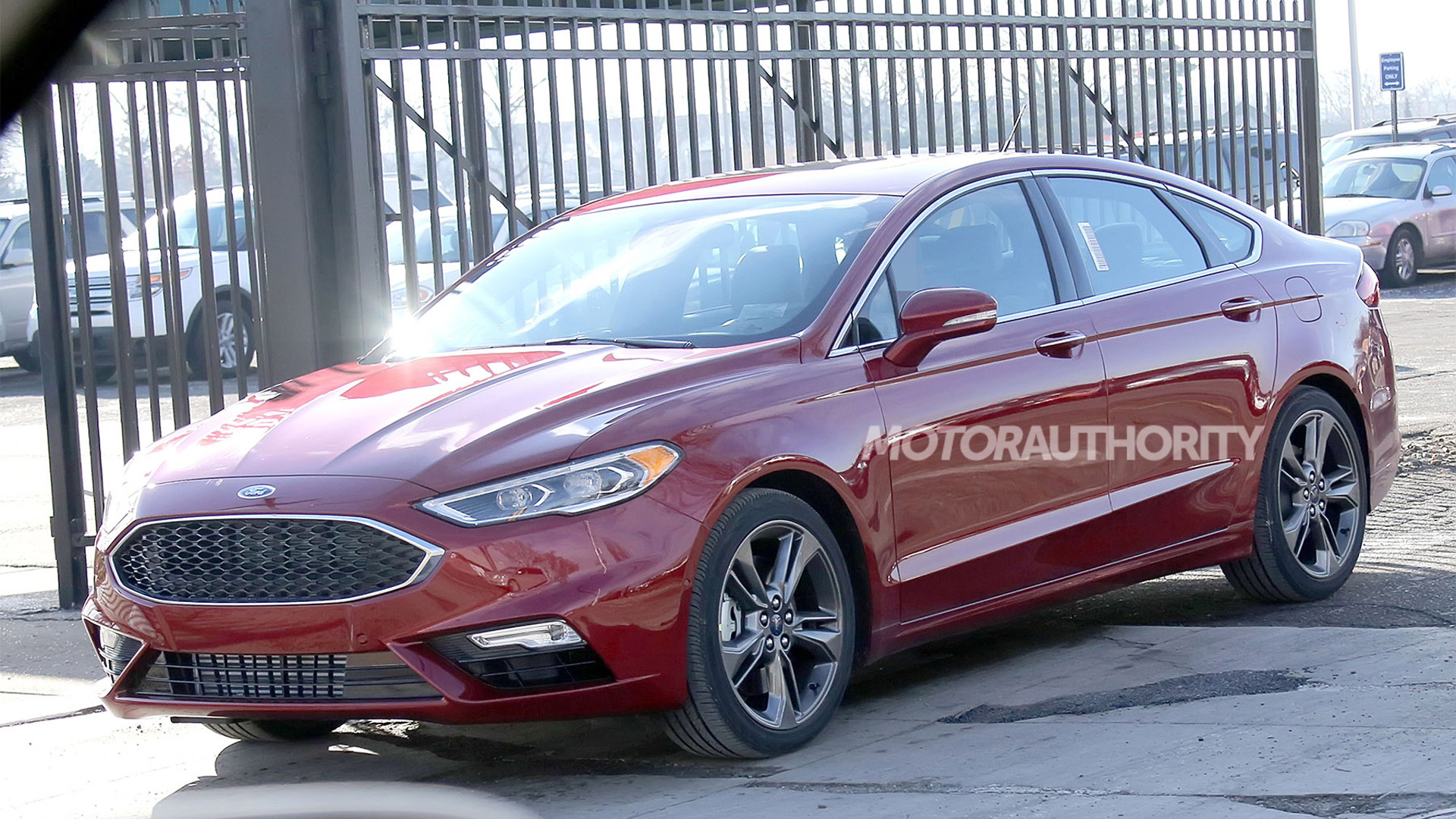 Anyone in the market for a mid-size sedan with a reasonable price tag and plenty of powertrain options will be wise to check out the Ford Fusion. The latest version offers regular gasoline as well as hybrid and plug-in hybrid powertrains, and if you didn’t know it was from the Ford Motor Company [NYSE:F] you may be mistaken for thinking it’s a luxury car due to its handsome looks.

Well, the latest Fusion has been on sale since the 2013 model year, which means it's now due for a mid-cycle update. Key rivals like the Chevrolet Malibu, Kia Optima, Hyundai Sonata and Toyota Camry have all been either updated or renewed in the past 12 months, and now it’s the Fusion’s turn.

Our latest spy shots show the car completely devoid of camouflage gear. That's because we're just days from Monday's world debut at the 2016 Detroit Auto Show. The Aston Martin-inspired grille has finally gone away, replaced with a similar, albeit wider and more aggressive looking design. The shape of the headlights have also been tweaked and at the rear the tail lights have been updated with some new chrome details.

Being a mid-cycle update, we aren’t expecting any major changes made to the powertrain lineup, though there's talk of a sporty Fusion ST being introduced. The car is rumored to arrive with a version of the turbocharged 2.3-liter four-cylinder fitted to the Mustang EcoBoost. We could also see some of the standard engines replaced with more efficient units for this update.

We should also see some revisions made to the interior, including perhaps a rotary dial knob replacing the current model’s standard gear lever. The interior will also feature the latest version of the Sync 3 infotainment system previewed this week at the Consumer Electronics Show.

Stay tuned for the car's Detroit debut. Those readers outside North America can look forward to the new look making its way onto the Mondeo, the name Ford uses for the Fusion in numerous other markets.