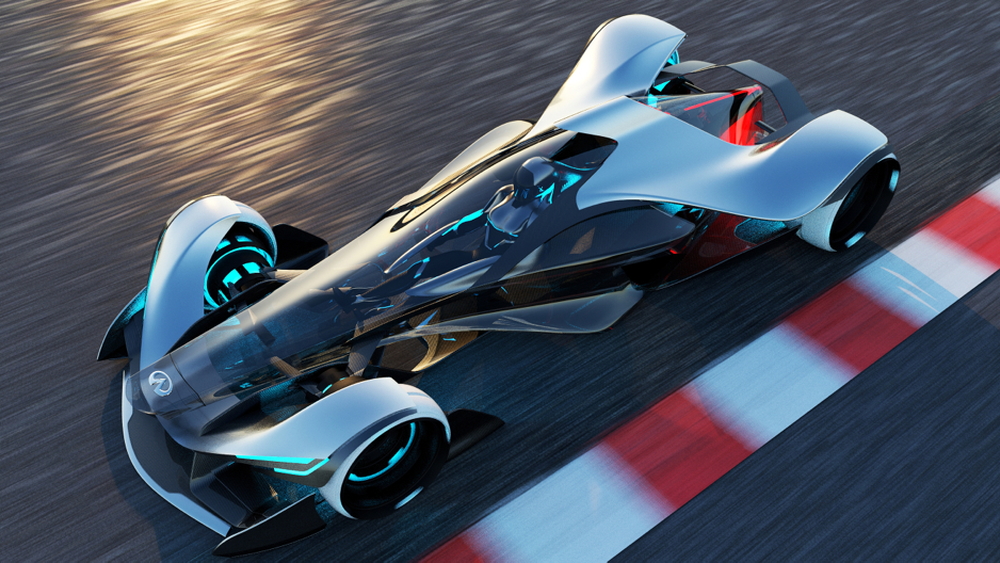 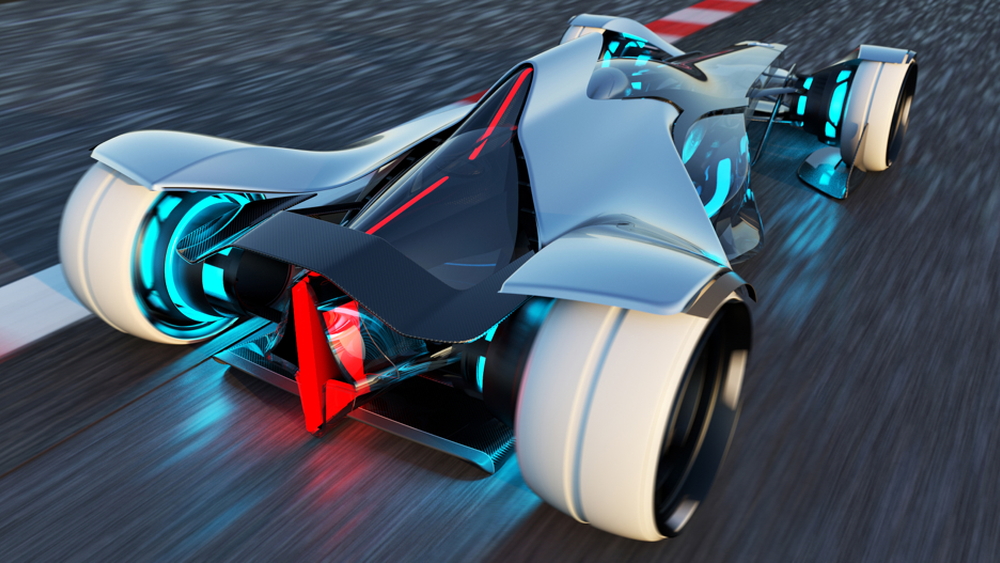 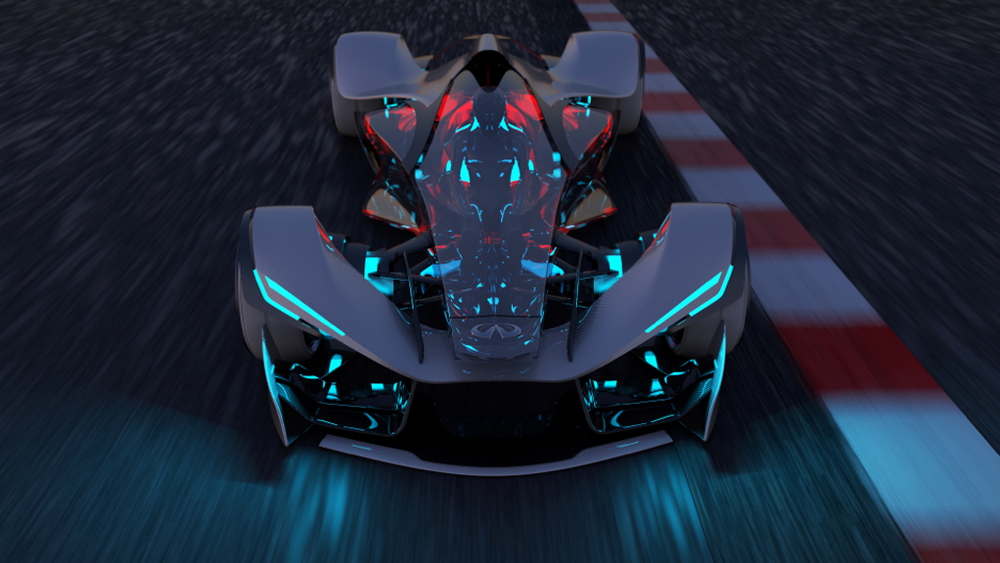 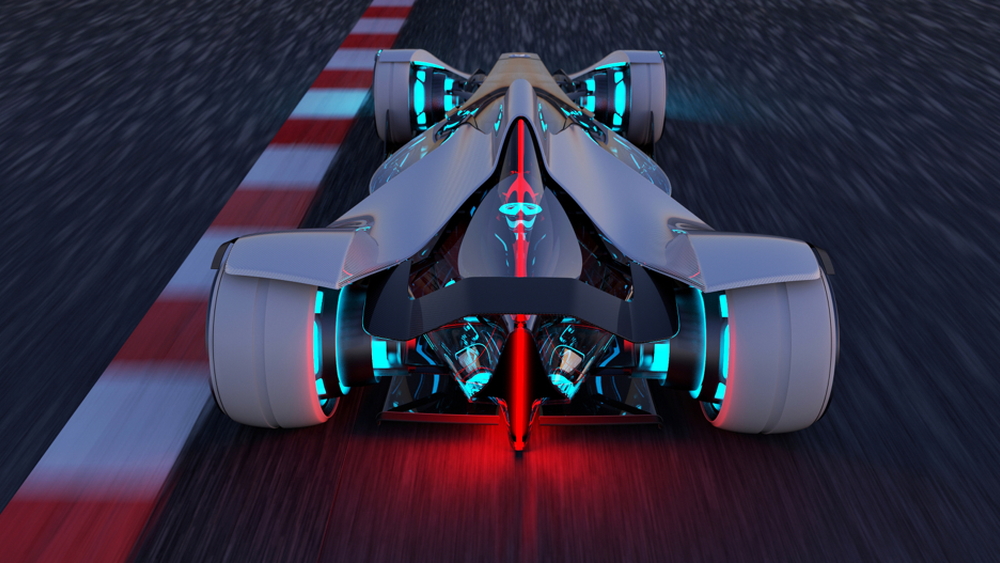 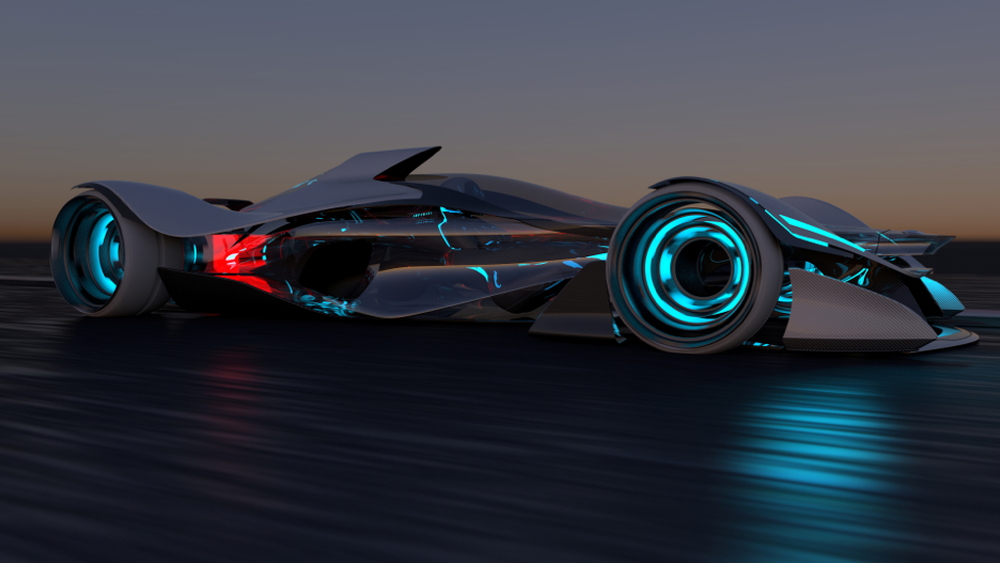 According to the story, the Synaptiq competes in a race called the A.R.C.—the name stands for Air, Rally, Circuit—which transitions from a Formula One-style grand prix between Los Angeles and Las Vegas, to a rally through the desert to the Grand Canyon, and finishes with a "gymkhana-style jet race" through virtual pylons back to L.A.

That requires a pretty versatile vehicle, one that Infiniti is using to demonstrate a possible future human-machine interface.

Infiniti will enter the Synaptiq in the 2014 Los Angeles Auto Show Design Challenge, which asks designers to imagine how cars will interact with their drivers in the year 2029.

To wit, Infiniti says the Synaptiq isn't really a car, it's an interface that the car is built around. The driver wears a Synaptiq S.U.I.T. (Sym-biotic User Interface Technology) that suspends him or her in the driving position and "connects the driver's thoughts" through a spinal-docking attachment that directly connects human and vehicle.

The driver is encased in a pod while the rest of the vehicle morphs into different modes for each stage of the A.R.C. race. Augmented-reality displays are projected on a liquid crystal canopy to show relevant information. The whole setup can adapt to different drivers and conditions, and seems to make windows obsolete.

This is the 11th year for the Los Angeles Auto Show Design Challenge, which attracted eight automakers this year. Entries will be judged by a panel of automotive design experts, but this year the public was also able to vote for a "People's Choice Award." The winners of both awards are expected to be announced in the coming days.

For more happenings from the 2014 Los Angeles Auto Show, check out our dedicated hub.