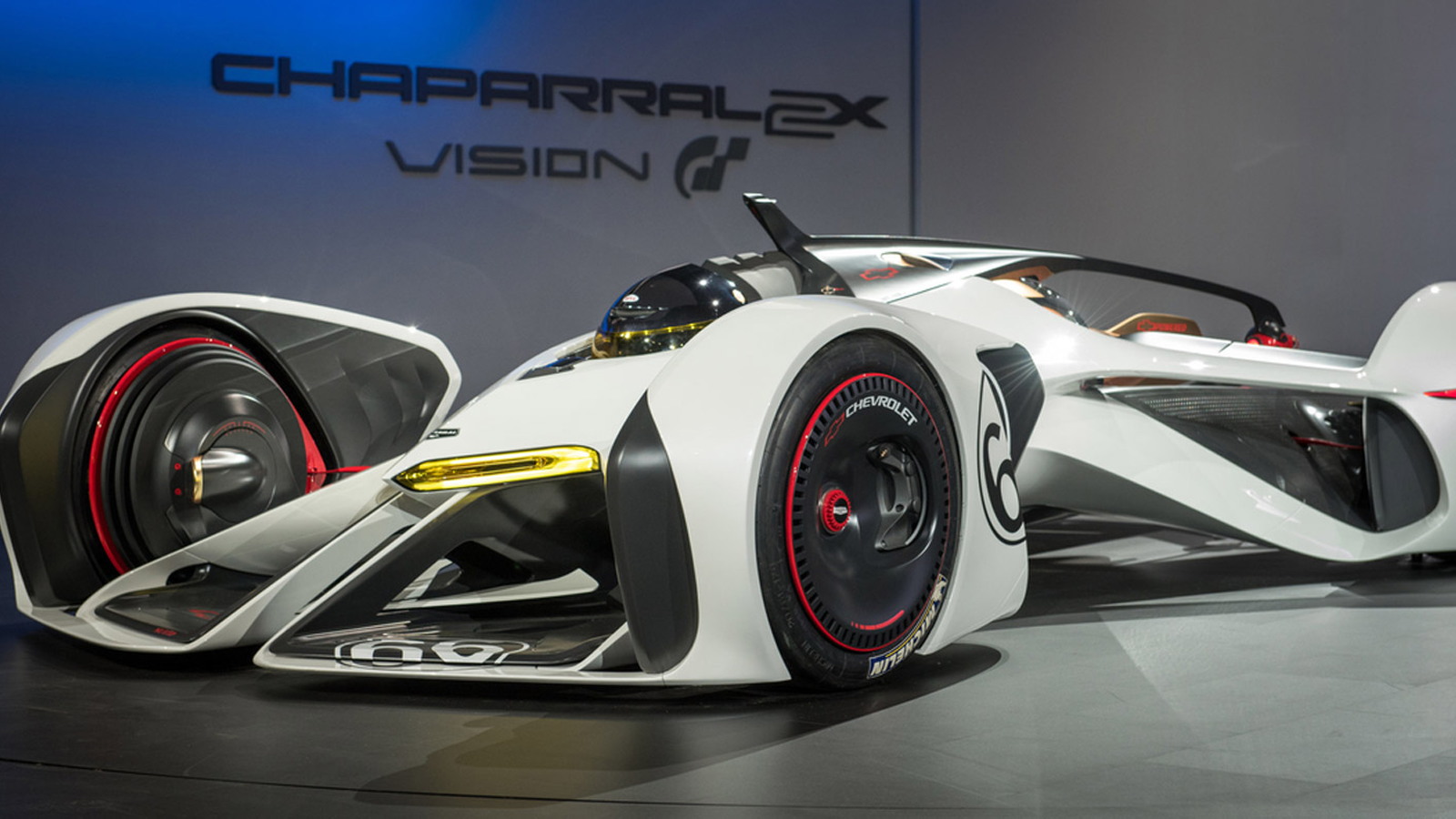 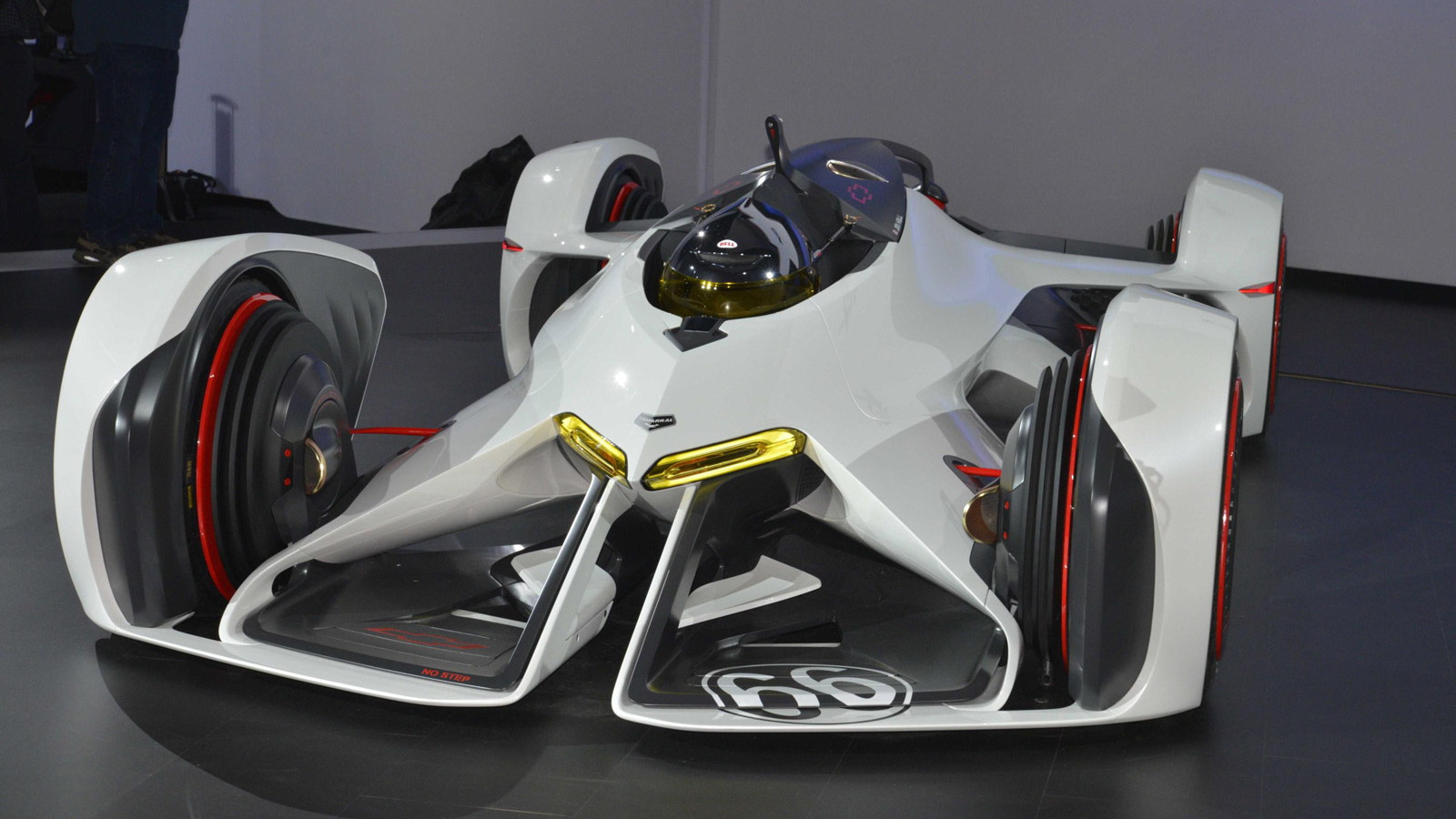 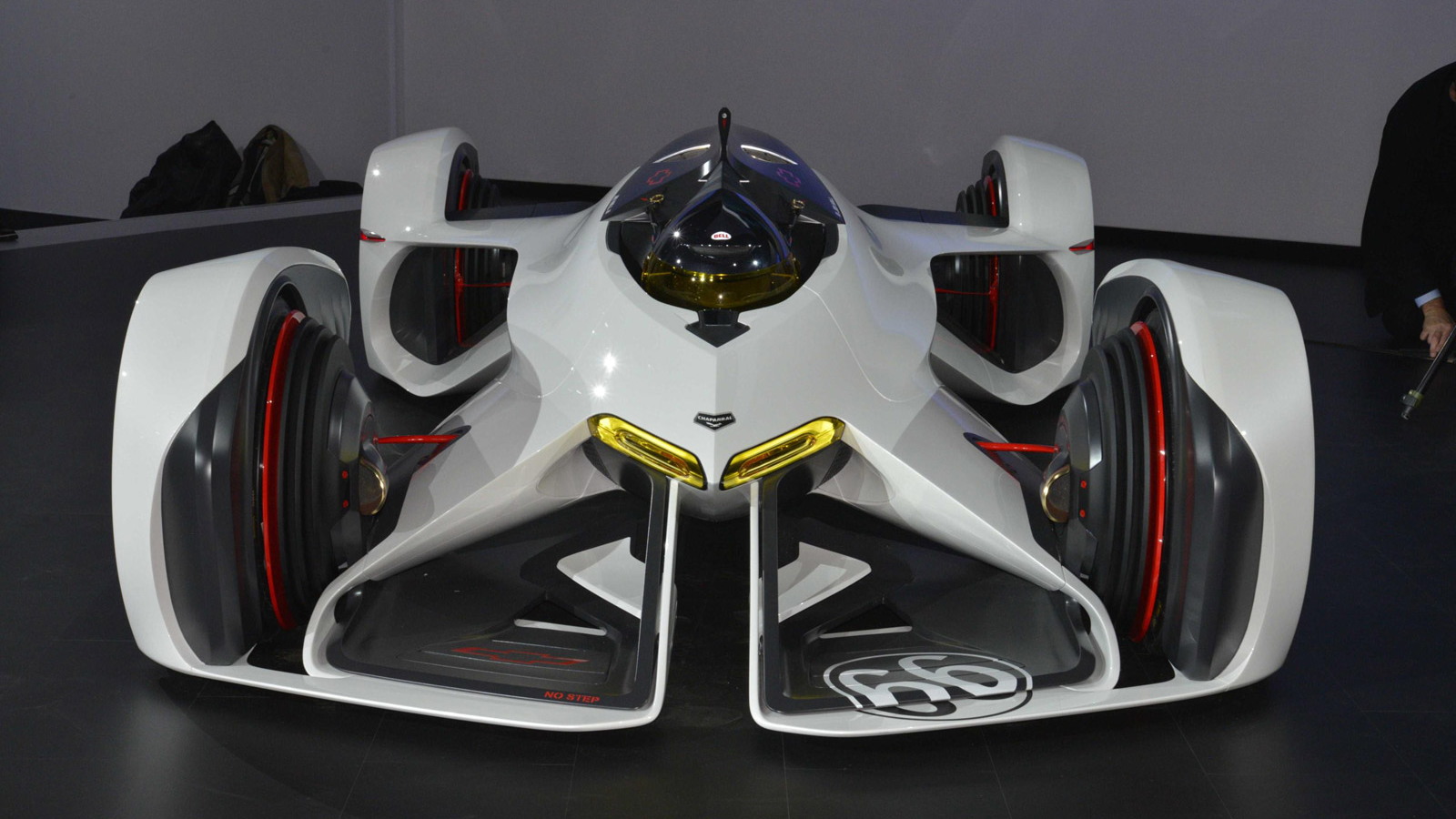 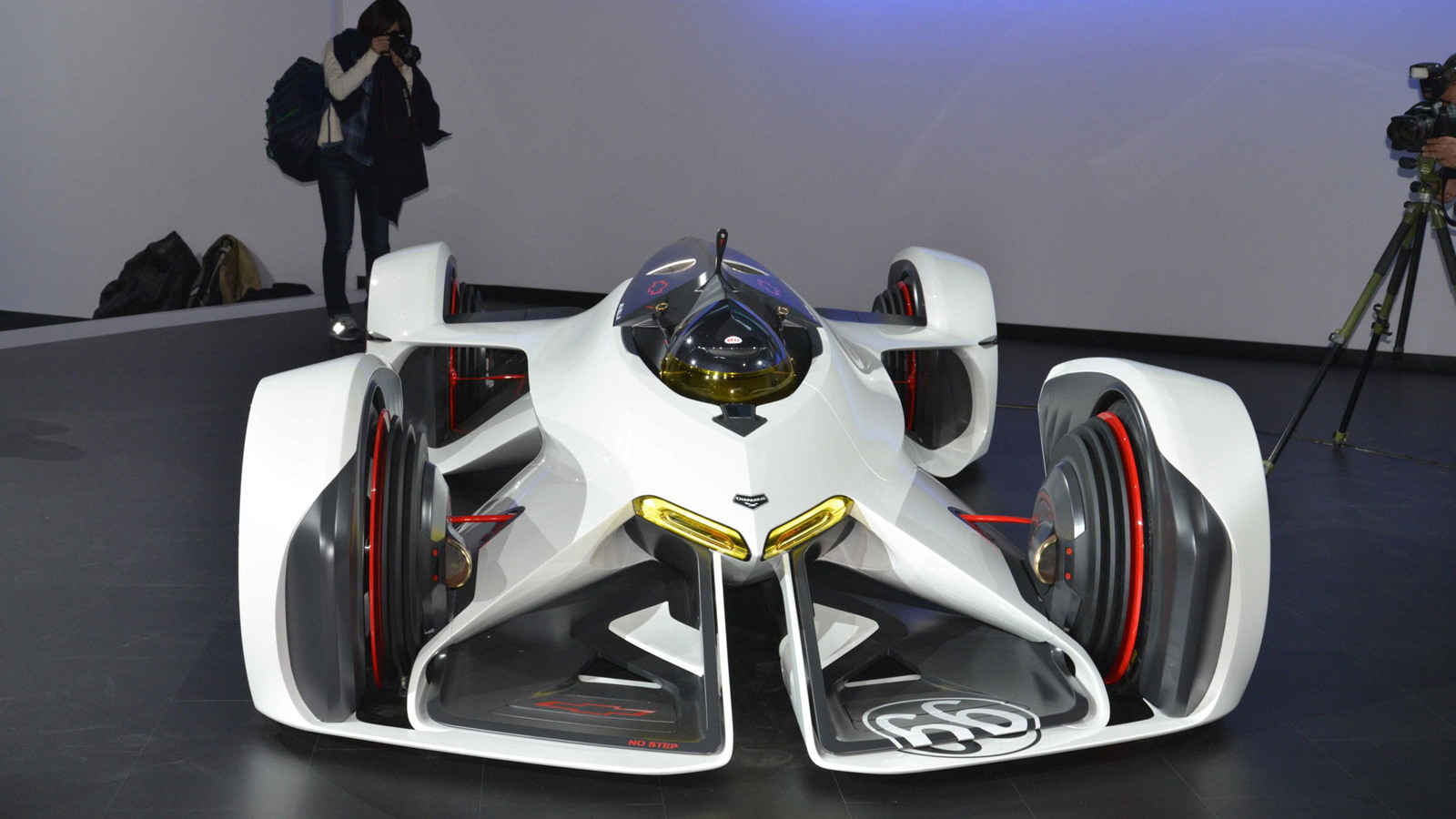 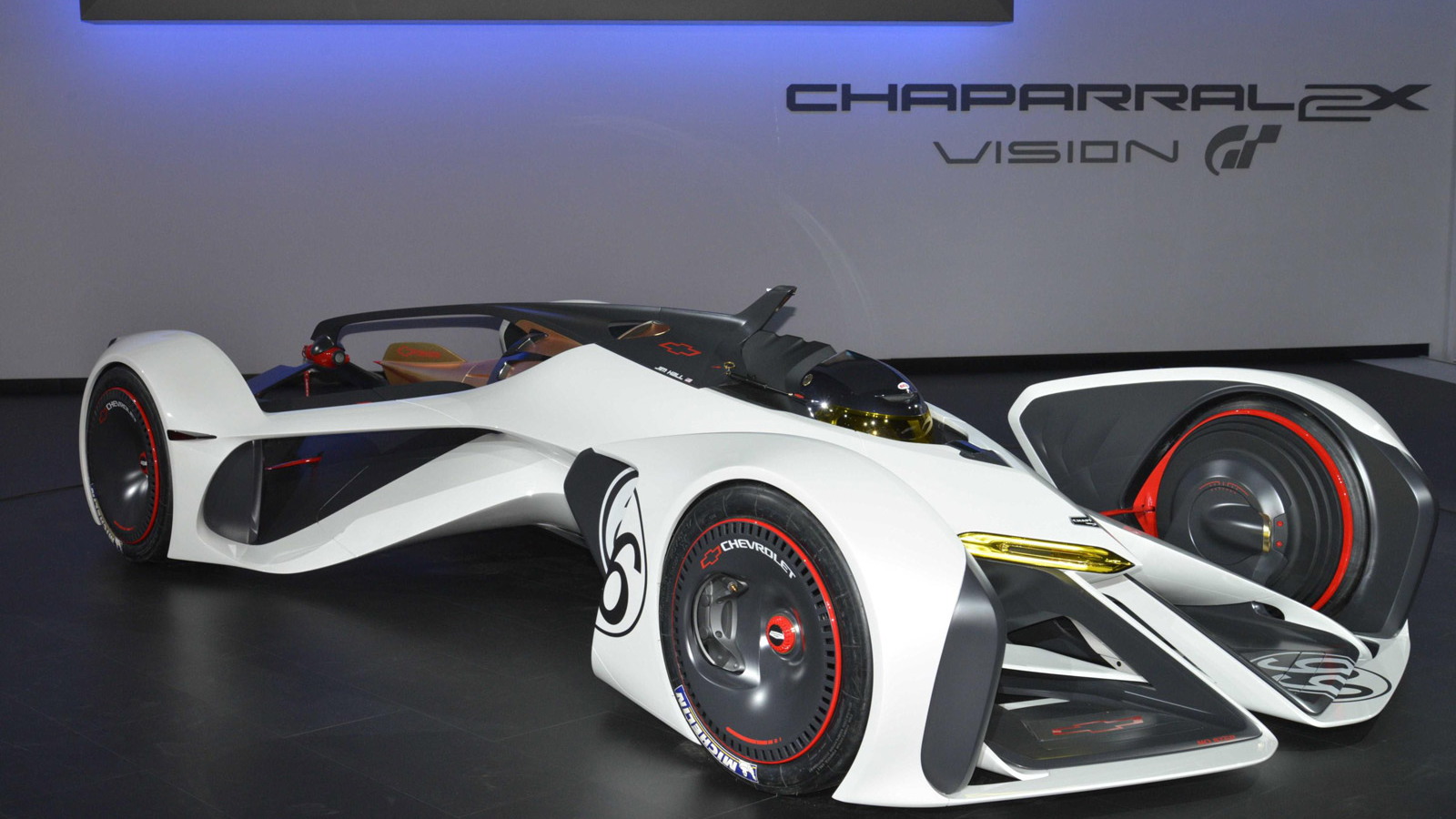 The Chaparral race cars of the 1960s and '70s were among the most radical of their time, and Chevrolet decided to channel that spirit of experimentation for its "Vision" concept for Gran Turismo 6. Unveiled at the 2014 Los Angeles Auto Show, the Chevrolet Chaparral 2X Vision Gran Turismo concept is a futuristic racer with technology Chaparral creator Jim Hall couldn't even imagine, including laser propulsion.

The virtual system consists of a 671-kilowatt laser, lithium-ion battery pack, and an air-powered generator, and produces the equivalent of 900 horsepower. Chevy says that will warp the Chaparral 2X from 0-60 mph in just 1.5 seconds, and on to a top speed of 240 mph.

The rest of the concept is just as radical. The driver sits prone, with hands and feet splayed in the direction of the wheels. Chevy says the car is designed around the driver like a wing suit, creating the sensation of flying, but very low to the ground. Instrumentation is projected into the driver's helmet.

Chevy clearly took full advantage of the fact that the Chaparral 2X will never have to turn a wheel on a real track, creating what is probably the most outlandish of all the Vision Gran Turismo concepts unveiled over the last year.

Like those other concepts, the Chevy will be available as a free download in Gran Turismo 6, and a physical mockup will be on display at the Los Angeles Auto Show through November 30.

For more automotive news from the City of Angels, check out our dedicated hub.