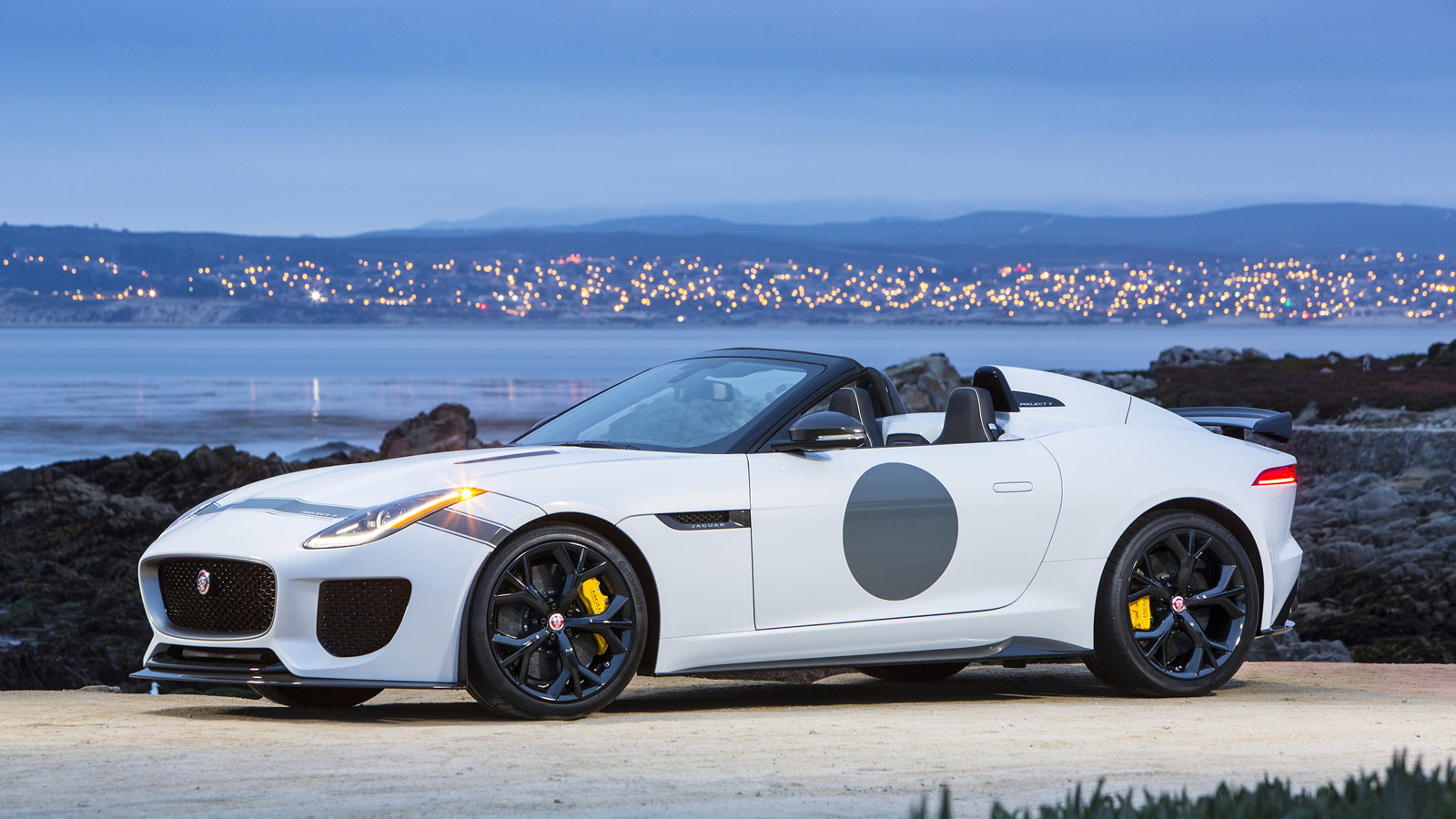 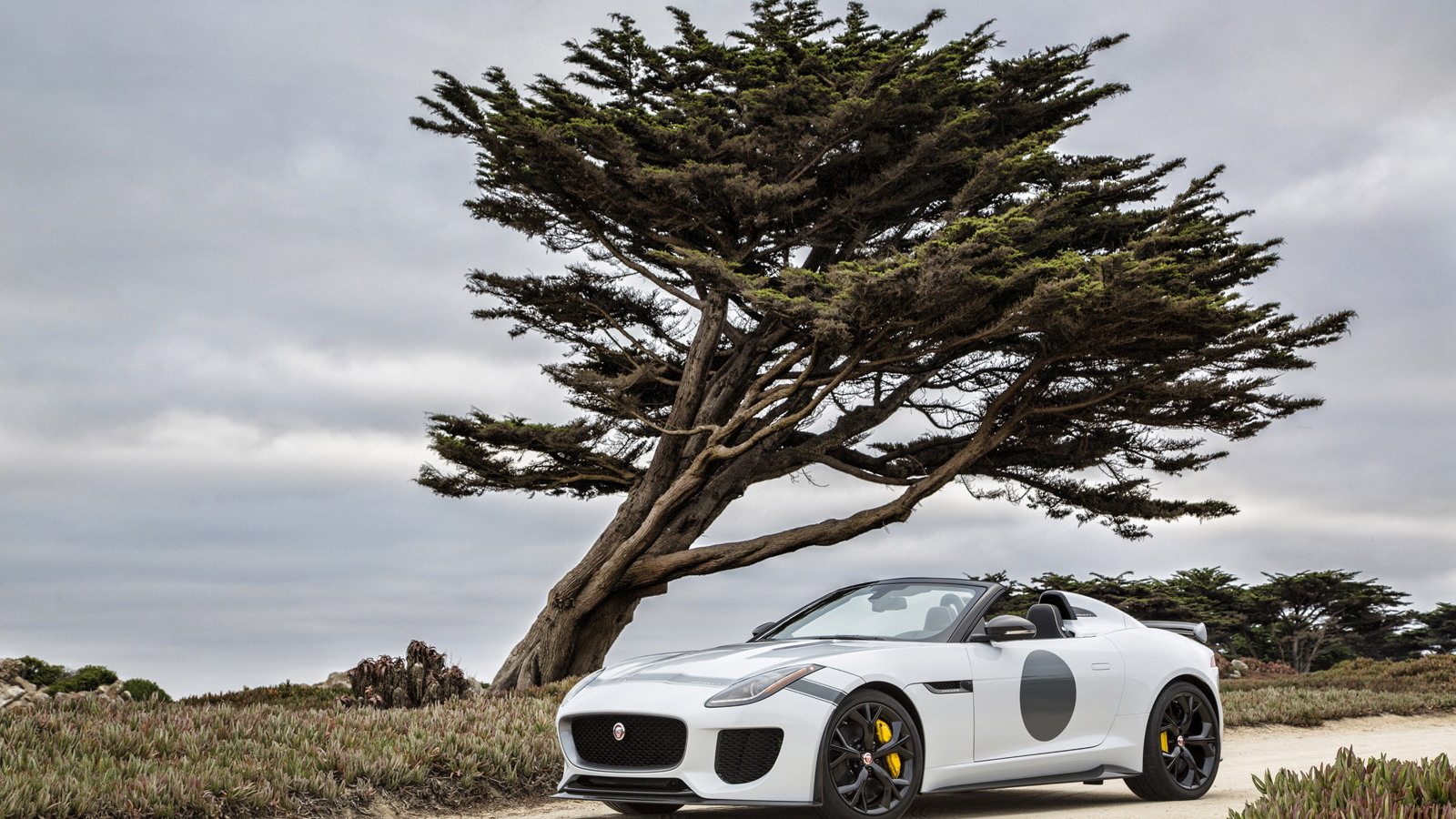 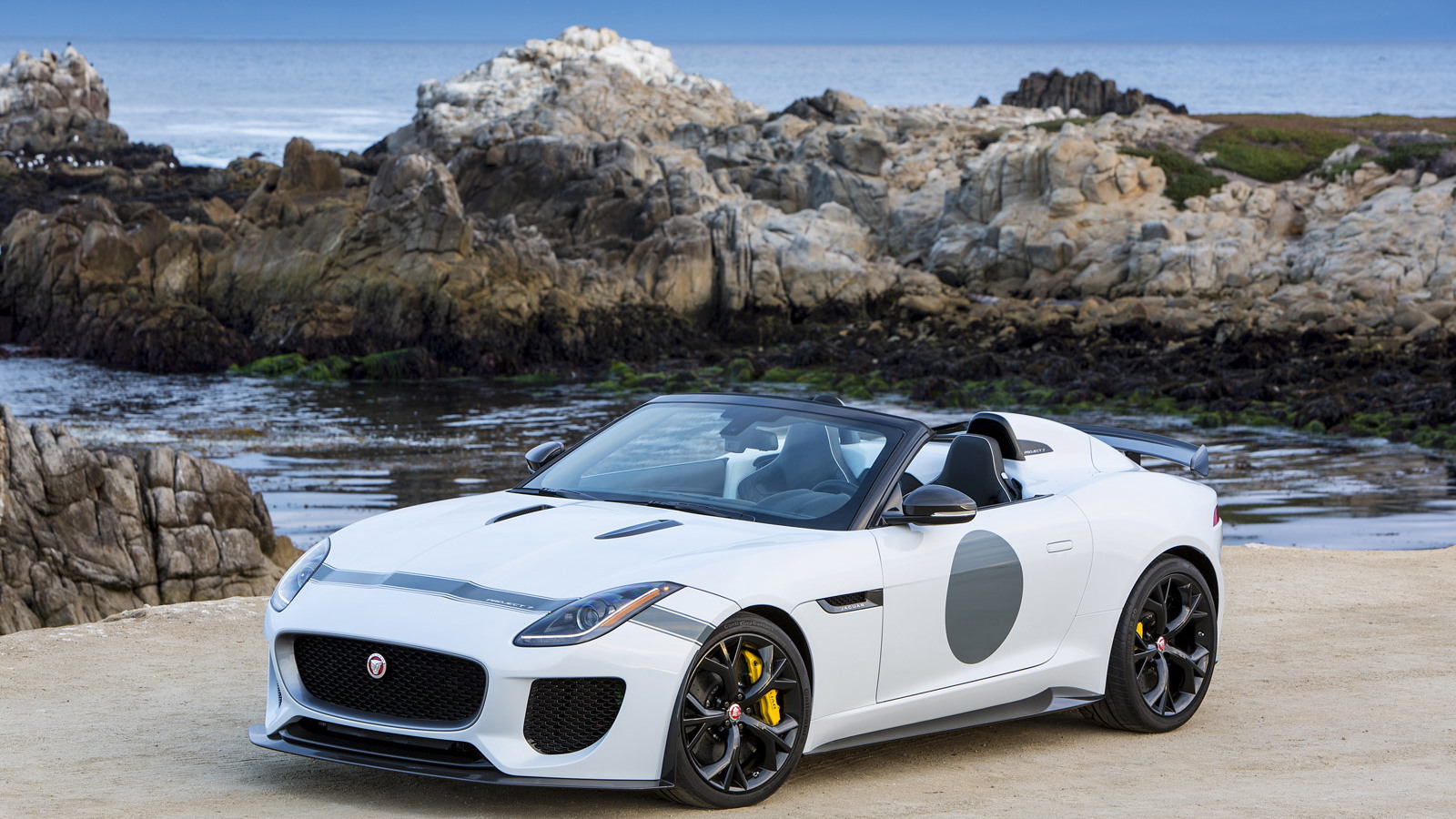 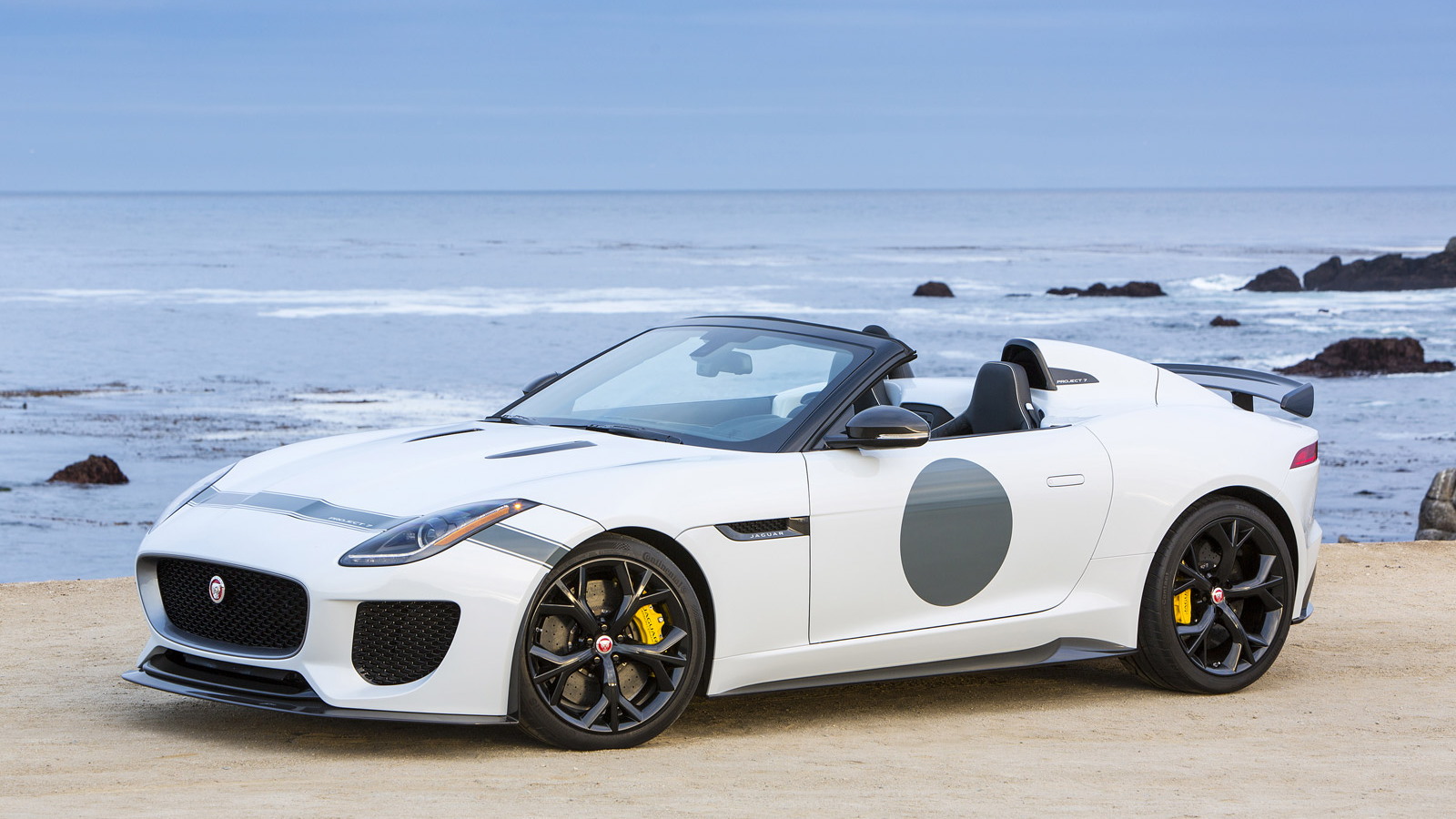 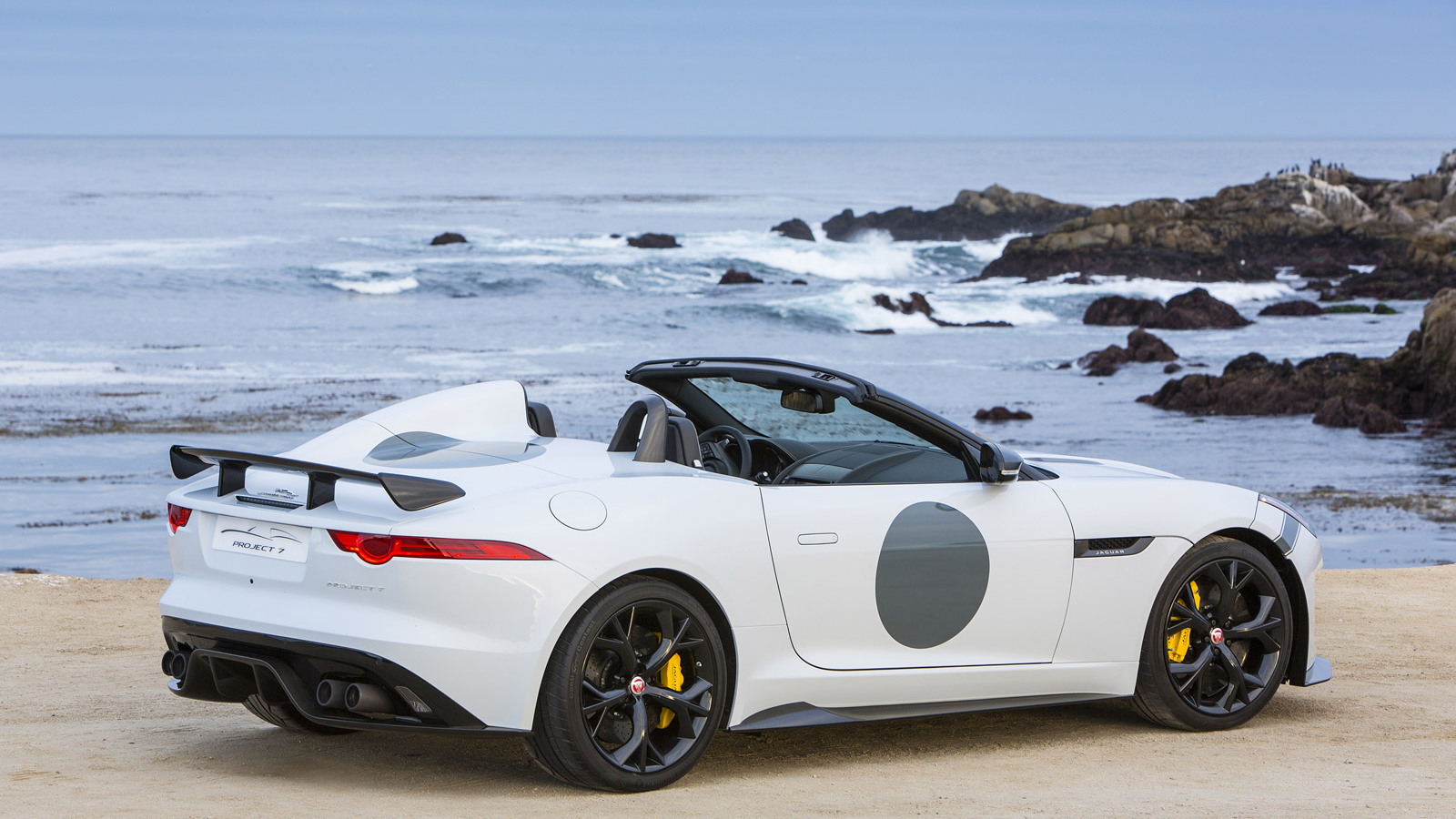 Jaguar’s F-Type Project 7 made its world debut back in June at the Goodwood Festival of Speed, but now the stunning speedster is being showcased in its American specification in the lead up to the Pebble Beach Concours d’Elegance taking place this weekend. The biggest difference between our version and the one showed back at Goodwood is the windshield: Because of local regulations a full height windshield has been fitted instead of the shortened one available elsewhere.

The car’s hero colors are Glacier White and Ultra Blue, the latter being the signature color of the Jaguar Land Rover Special Vehicles Operations (SVO) responsible for building the cars. Other colors available include British Racing Green, Ultimate Black and Caldera Red.

Only 250 examples will be built—for worldwide consumption—and if you’re interested you’ll need to fork over at least $165,925, which includes a $925 destination charge. That may seem steep compared to regular F-Type pricing, but not only is the F-Type Project 7 one of the most exclusive Jaguars ever launched it’s also the brand’s most powerful car ever put into production.

Peak output is rated at 575 horsepower, generated by an uprated version of Jaguar’s familiar supercharged 5.0-liter V-8. The engine is paired with the F-Type’s usual eight-speed automatic and will rocket the car to 60 mph in just 3.8 seconds and see it keep accelerating until a governed 186 mph top speed is reached.

READ: Mid-Engine Corvette Rumors Rise Again, This Time For Next ZR1 And C8

If you’re wondering where the inspiration for the F-Type Project 7 came from, the rear fairing has been made to resemble the one on the Jaguar D-Type race car, and the “7” in the name marks Jaguar’s seven Le Mans wins between 1951-1990.

Deliveries of the Jaguar’s F-Type Project 7 are scheduled to commence next spring. For more of our Pebble Beach Concours coverage, head to our dedicated hub.