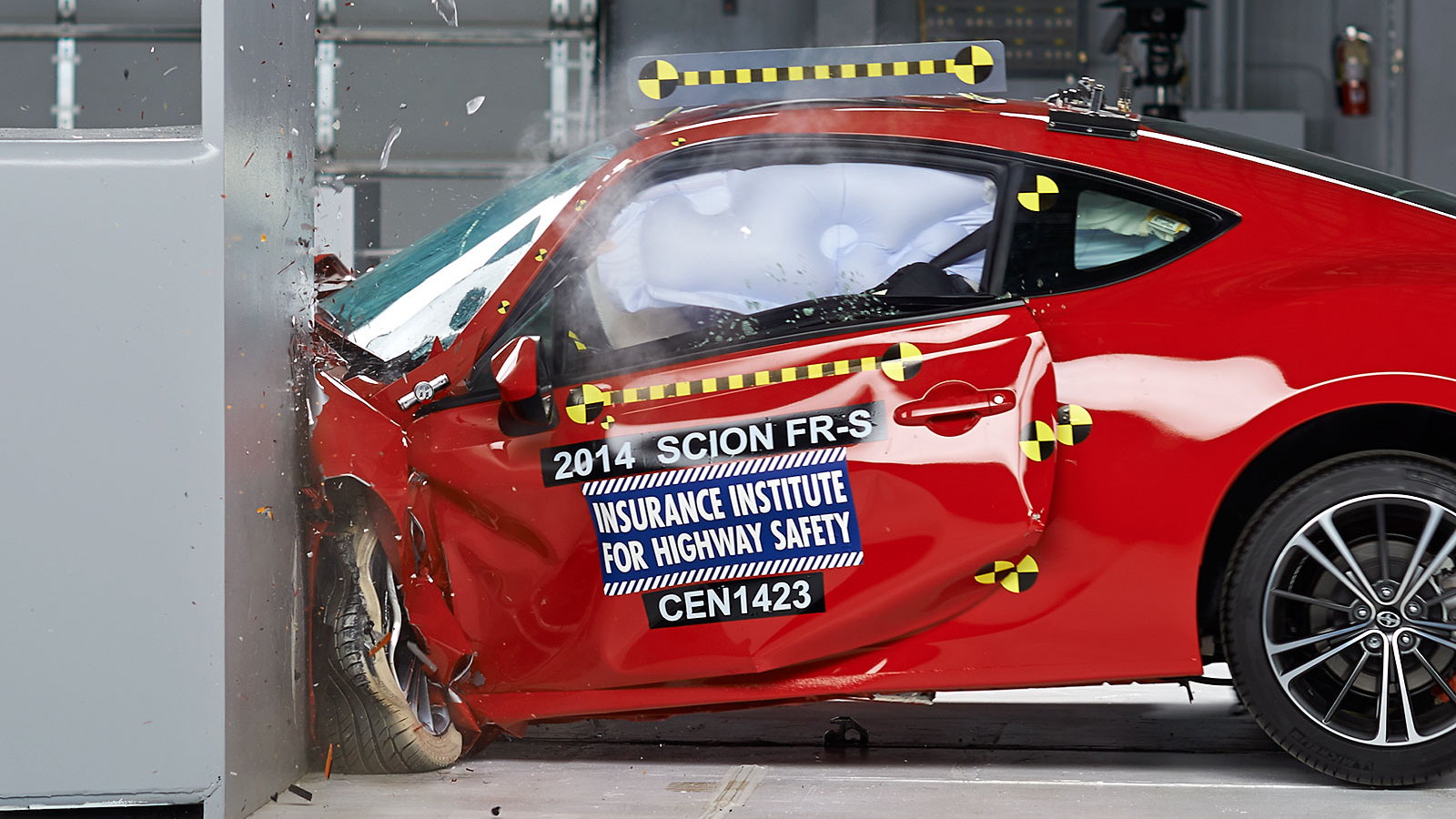 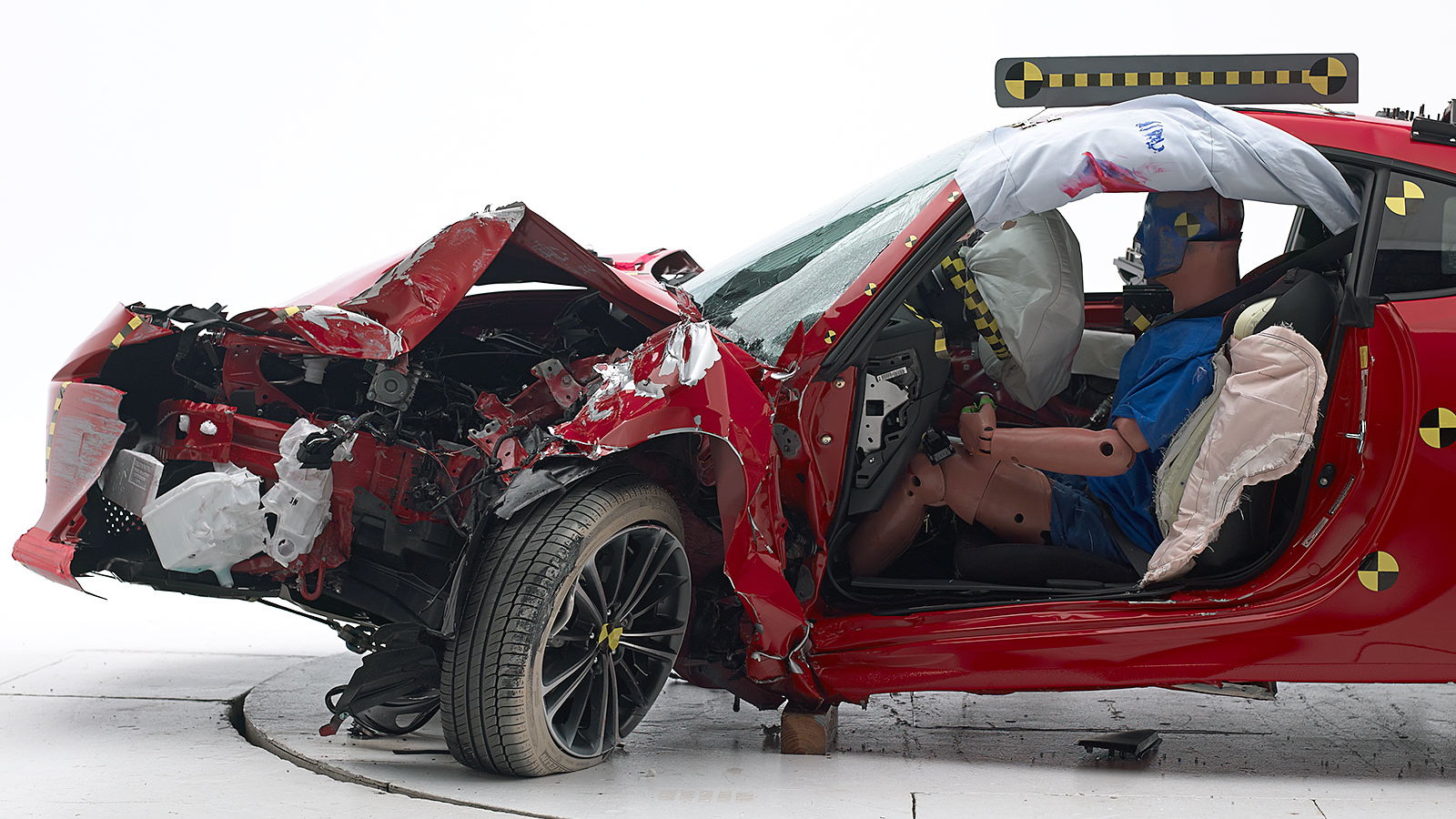 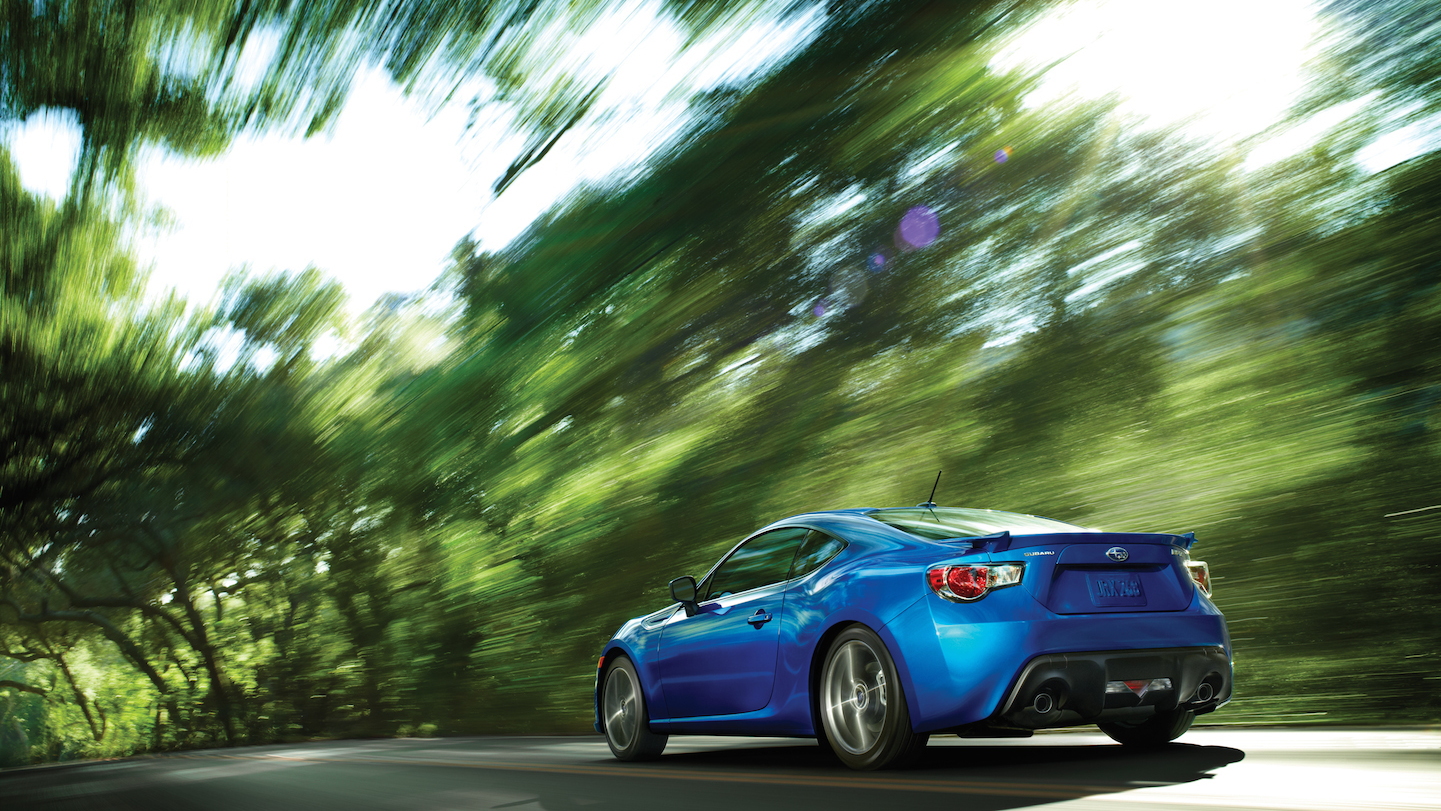 Small, lightweight sports cars are unsafe, right? Not necessarily -- proving the right design can be safe whatever the size, the Subaru BRZ and Scion FR-S sports cars have just been awarded a 'Top Safety Pick' rating by the Insurance Institute for Highway Safety (IIHS).

Tested in FR-S guise, both models -- largely identical save for the badge and detail changes to suspension and equipment levels -- achieved the maximum "good" ratings in front moderate overlap, side impact, roof crush and rear impact crash tests. Furthermore, each also received an "acceptable" rating in one of the toughest modern crash tests, the small frontal overlap.

This test in particular has caught out several otherwise-safe vehicles, exposing weaknesses in the structure caused by impacts that put maximum stress through only 25 percent of the body's frontal aspect. While the structure did give way and cause intrusion that raises the risk of lower leg injuries in such an accident, each car received "good" ratings for protection to the head, chest, and hip/thigh region.

Each car, and several others in the organization's small car test series, missed out on the full IIHS "Top Safety Pick+" rating through lack of frontal crash prevention systems. The BR-Z however joins a range of other Subaru models that have scored highly in testing. With four Top Safety Picks and three Top Safety Pick+ vehicles -- the Forester, Legacy sedan and Outback -- Subaru boasts more 2014 IIHS Top Safety Picks than any other brand.