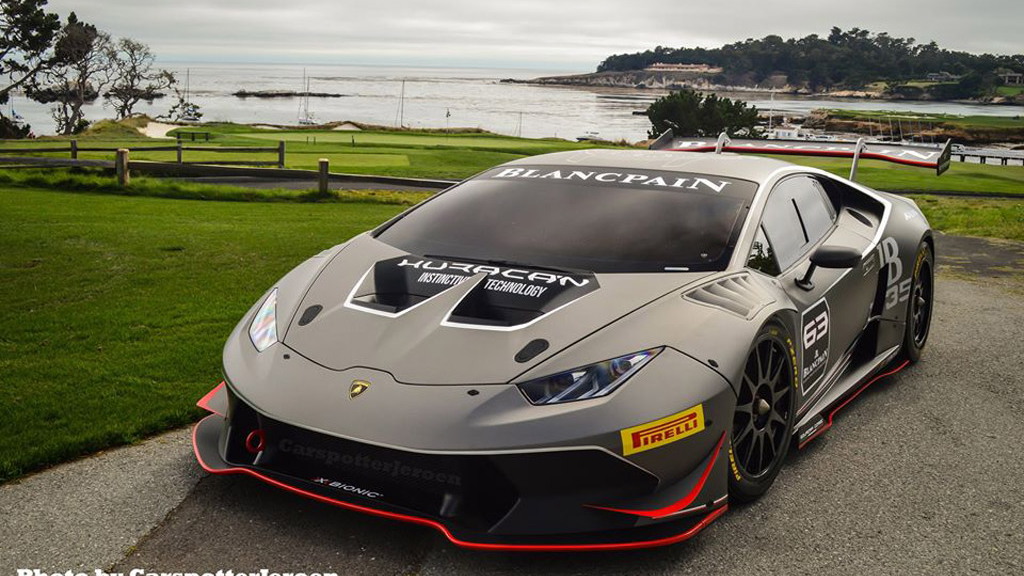 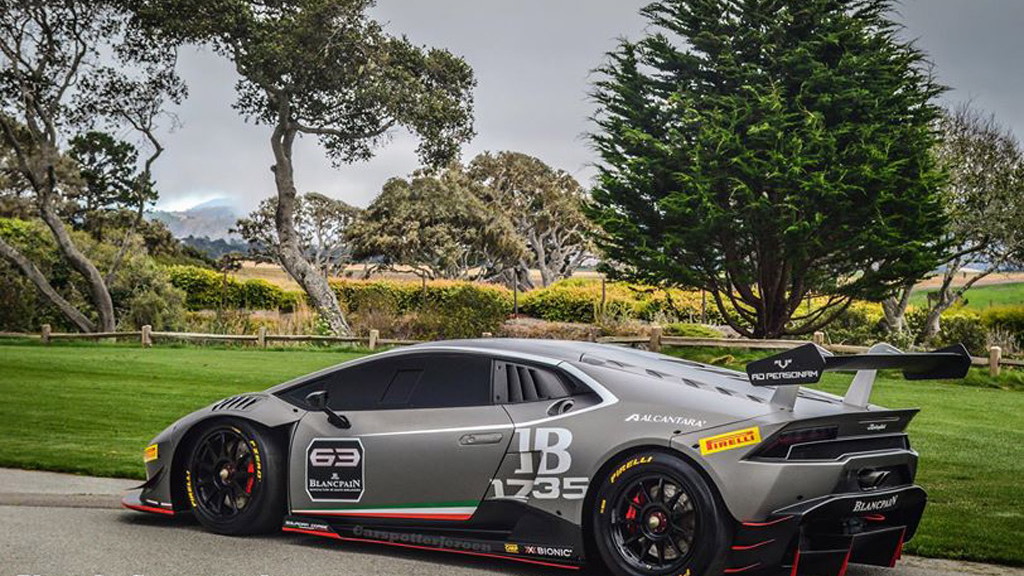 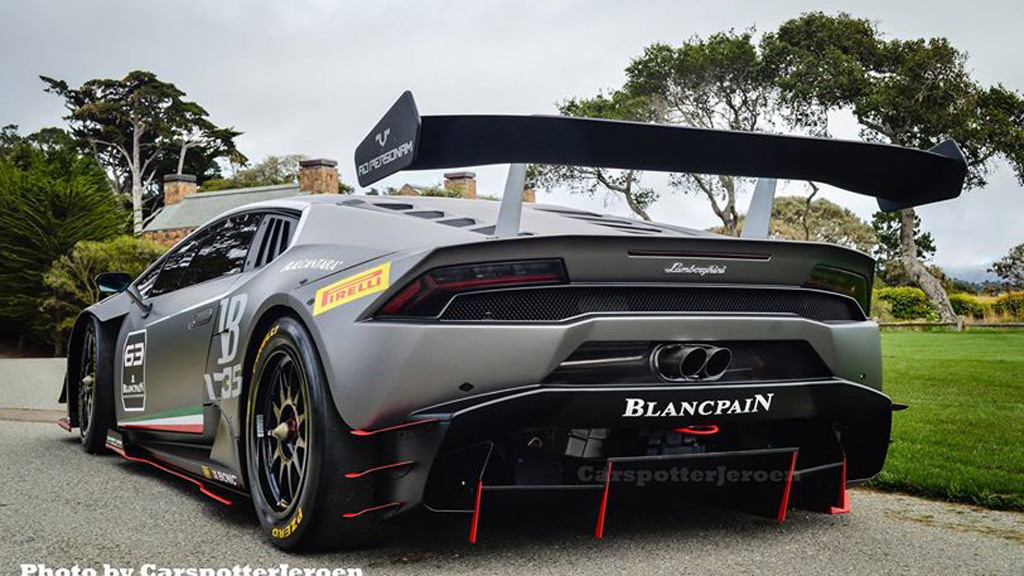 3
photos
UPDATE: Lamborghini’s new car for its one-make racing series has been revealed as the Huracán LP 620-2 Super Trofeo. Click here for all the details.

Lamborghini’s new Huracán LP 610-4 race car, which will compete in the Italian automaker’s Super Trofeo one-make racing series from next year on, is scheduled to be officially revealed tomorrow at a satellite event for this weekend’s Pebble Beach Concours d’Elegance. However, the car has already been spotted and presented here in these photos and video from Carspotter Jeroen.

While we’re still waiting on all the official info, a few of the new race car’s details are already known. The car’s title is Huracán LP 610-4 Super Trofeo, and as the name suggests the car packs the same 601-horsepower, 5.2-liter V-10 found in the road-going Huracán, and its all-wheel-drive system, too.

Recently, Lamborghini’s motorsport division Squadra Corse announced it had hired some drivers to help with testing of the car. Most of the testing, including the initial shakedown, took place at the Vallelunga race track in Italy.

Note, even with the Huracán set to take over from the Gallardo in next year’s Super Trofeo series, teams that have already bought a Gallardo-based racer will still be able to compete in the new season. Lamborghini has confirmed that both the Gallardo and the Huracán will share the grid but will race in different classes.

The Huracán is also due to be developed into a GT3-spec race car that will serve as a replacement for the present Gallardo GT3. The Gallardo GT3 competes primarily in the Blancpain Endurance Series, with one of the cars fielded by Lamborghini motorsport partner Reiter Engineering.