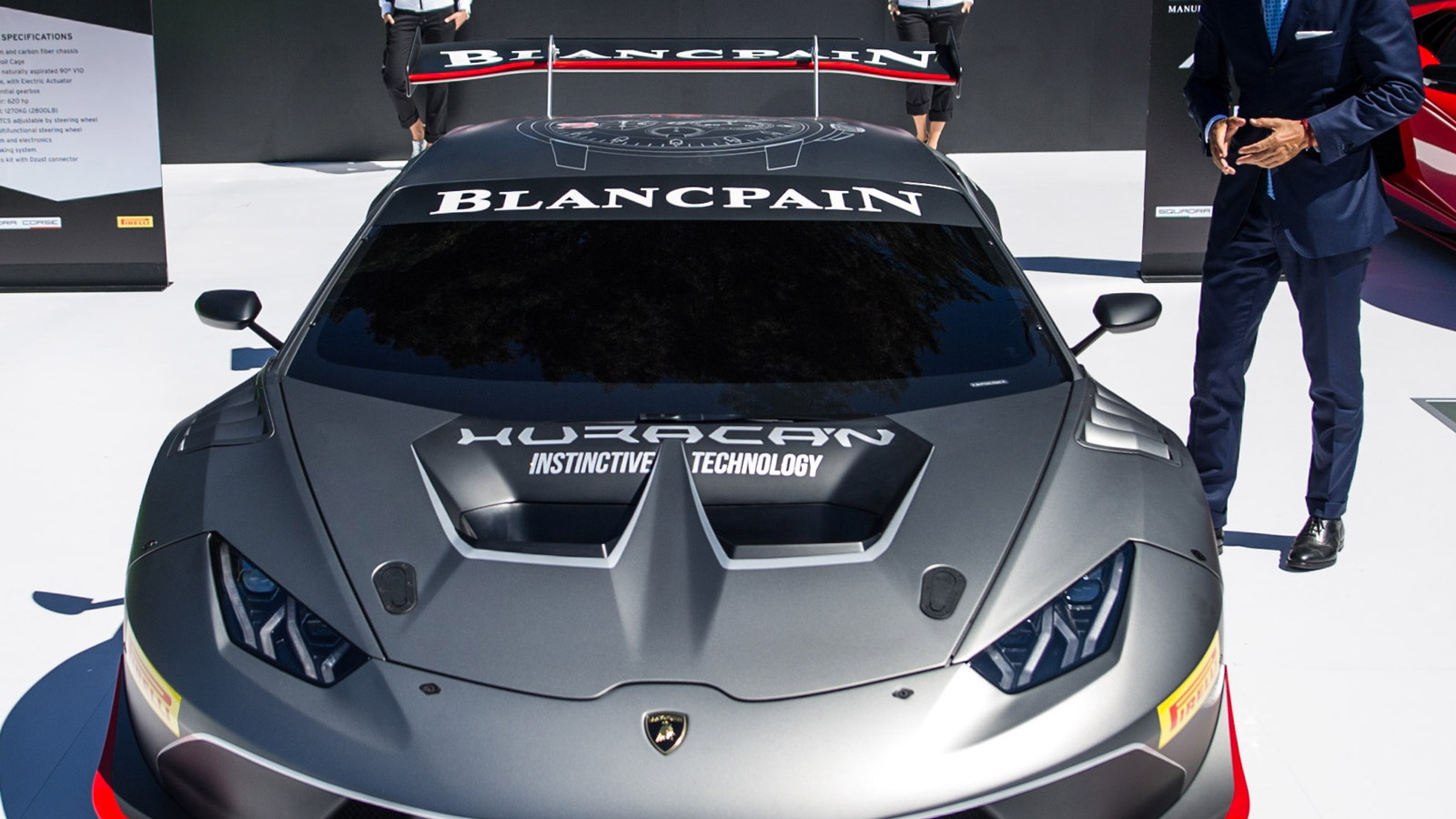 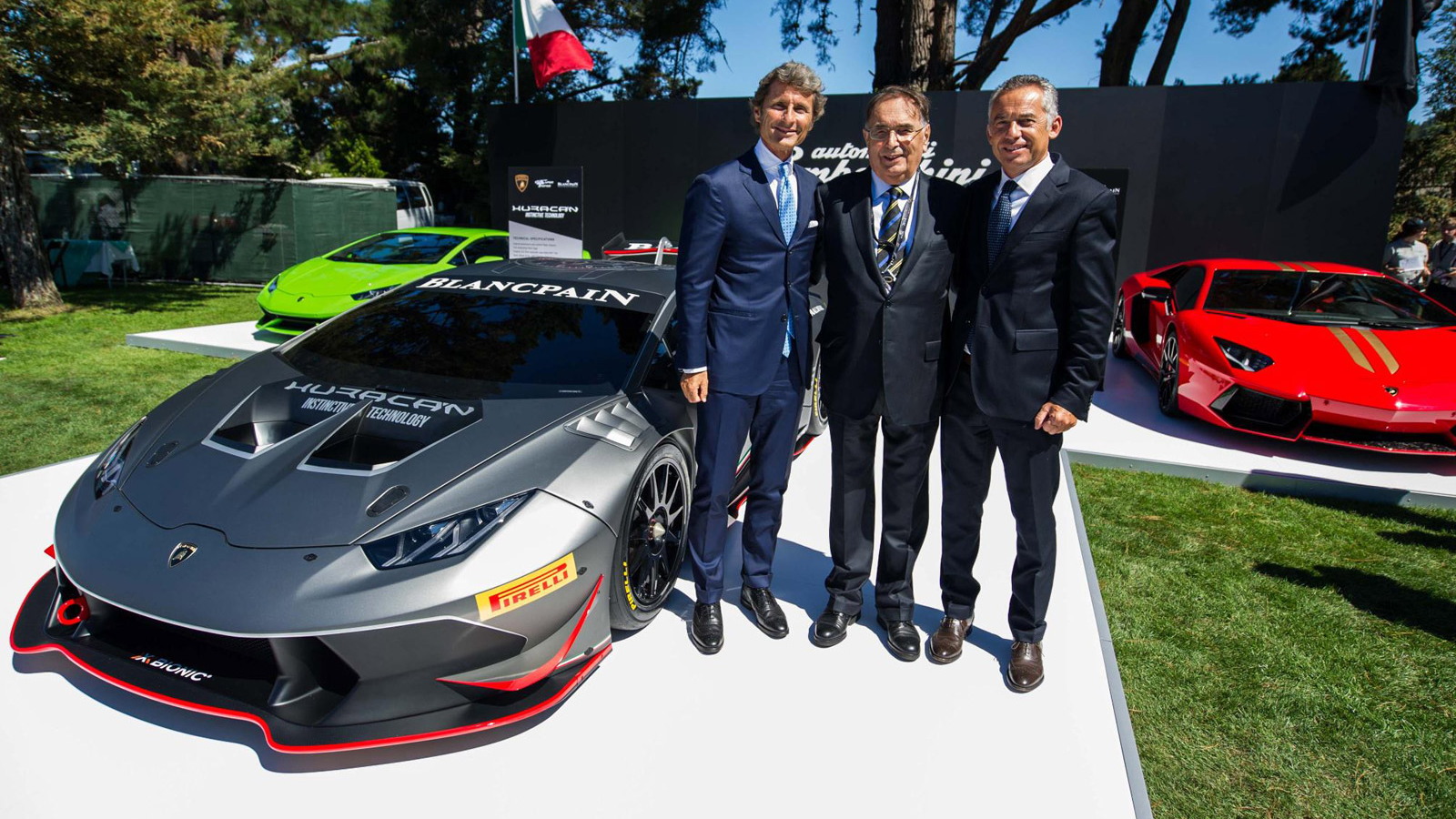 This is the all-new Huracán-based race car that starting from next year will compete in the Lamborghini Blancpain Super Trofeo one-make racing series, currently held in Asia, Europe and North America. The car is the 2015 Lamborghini Huracán LP 620-2 Super Trofeo, and as its name suggests its specifications are very different to those of the outgoing Gallardo LP 570-4 Super Trofeo—the biggest being the new car’s rear-wheel-drive configuration.

Yes, the Huracán Super Trofeo drives the rear wheels only, and it also has slightly more power than the road-going Huracán LP 610-4 on which it’s based. Both are powered by a naturally aspirated 5.2-liter V-10 but the race car is rated at 611 horsepower versus the 601 horses of the road car.

Lamborghini says the decision to switch to rear-wheel drive for the new season is to help accelerate the Super Trofeo drivers’ preparation for GT racing, perhaps hinting at a wider scope for the Italian marque’s motorsport future. Switching to rear-wheel drive has also allowed engineers to reduce the weight of the cars, which now tip the scales at just 2,800 pounds. That’s a saving of about 330 pounds compared to the weight of the road-going Huracán.

The new aerodynamics package also provides better efficiency as well as improved traction and downforce. Key components include a ten-position rear wing, front and rear diffusers as well as adjustable front air intakes. The tires are from Pirelli.

The Huracán Super Trofeo was developed by Lamborghini’s new motorsport division, Squadra Corse, together with Dallara. The two firms have close ties, with Dallara founder Giampaolo Dallara having worked for Lamborghini in the past, even helping with engineering for the legendary Miura supercar.

“The Huracán Super Trofeo is an all-new car built from scratch with a clear racing concept,” Lamborghini R&D boss Maurizio Reggiani says. “We believe the car will be as fun for fans to watch as it will be rewarding for our racers to drive.”

Note, even with the Huracán set to take over from the Gallardo in next year’s Super Trofeo series, teams that have already bought a Gallardo-based racer will still be able to compete in the new season. Lamborghini has confirmed that both the Gallardo and the Huracán will share the grid but will race in different classes.

The Huracán is also due to be developed into a GT3-spec car that will serve as a replacement for the present Gallardo GT3. The Gallardo GT3 competes primarily in the Blancpain Endurance Series, with one of the cars fielded by Lamborghini motorsport partner Reiter Engineering.