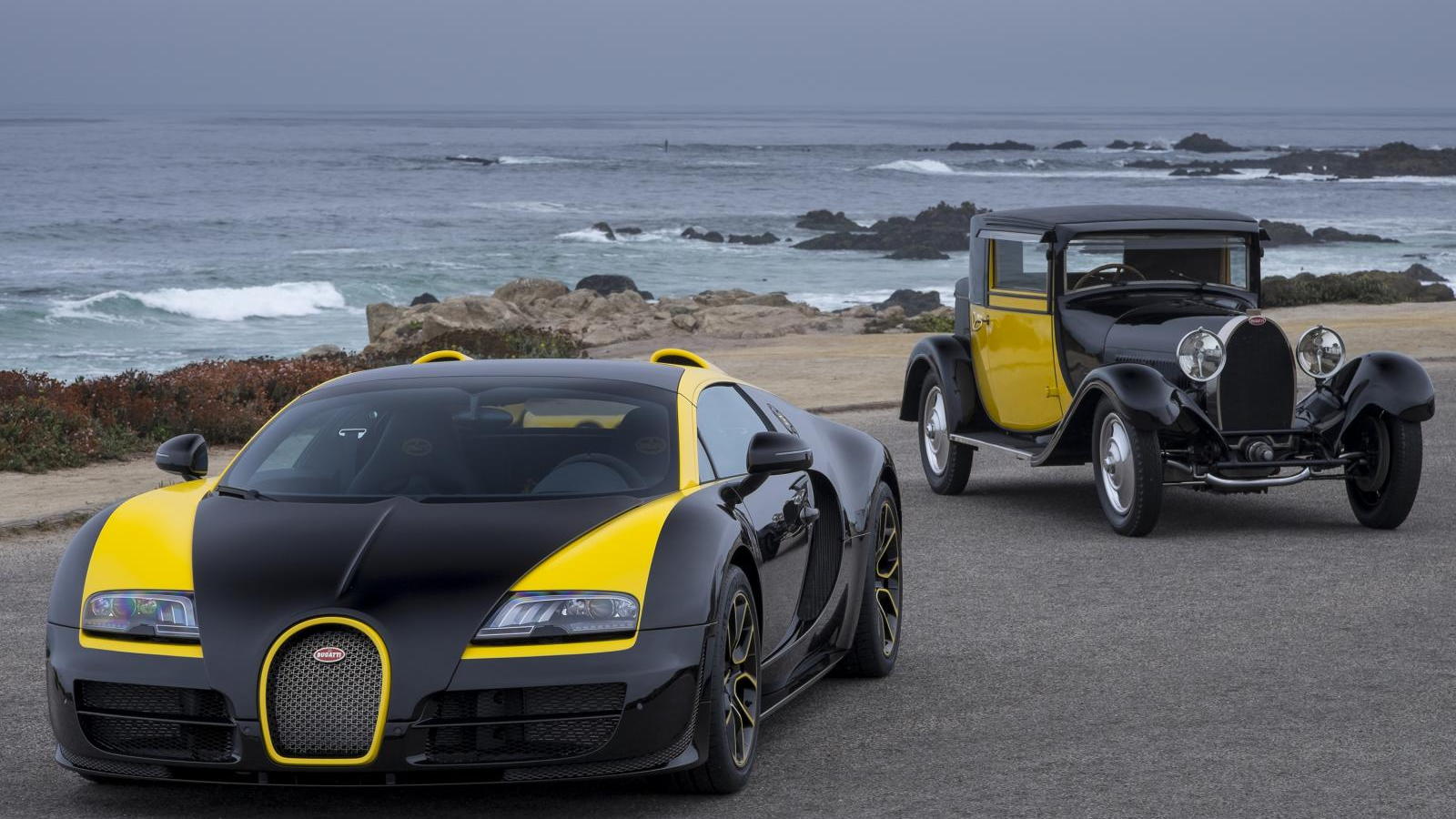 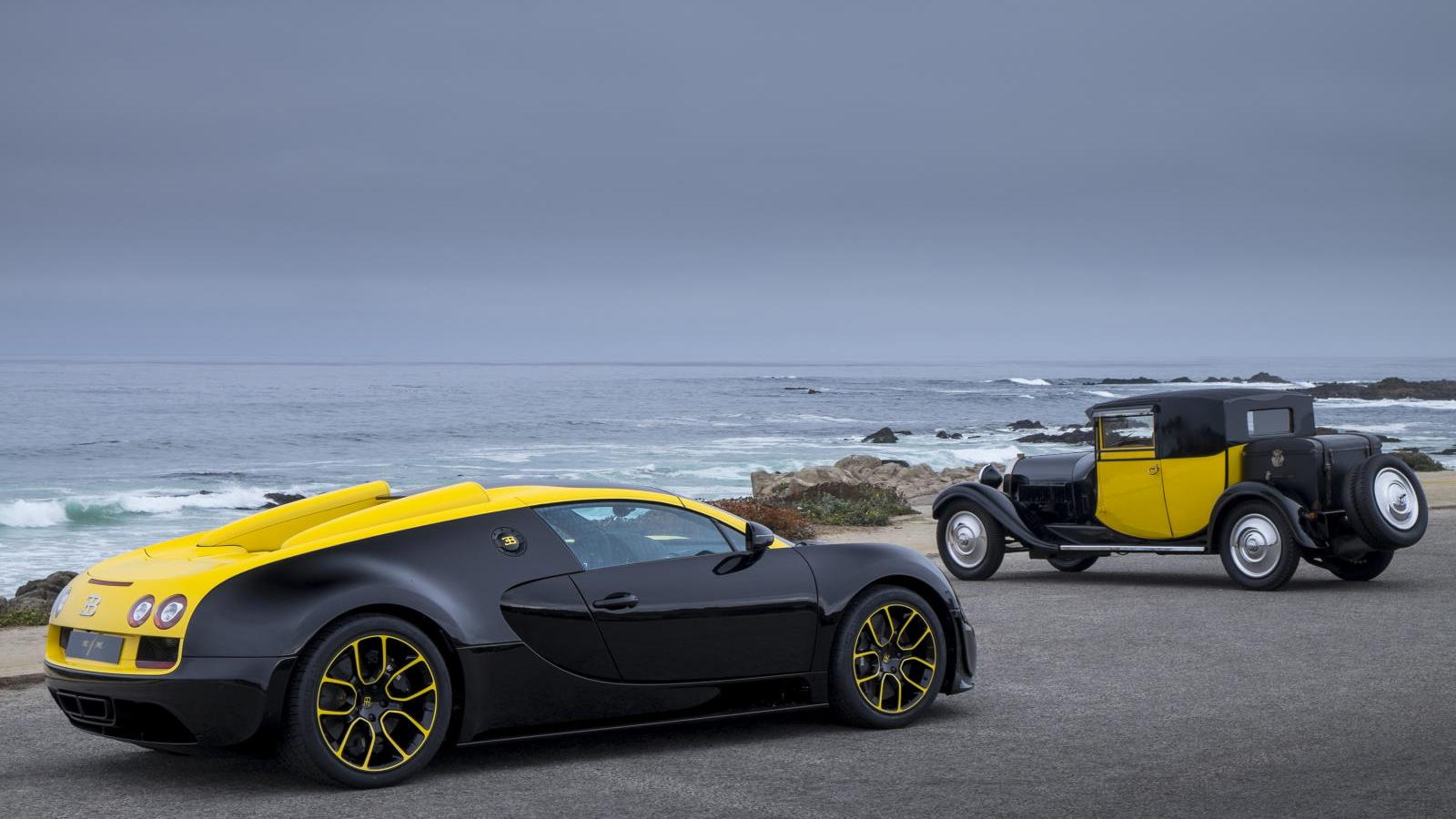 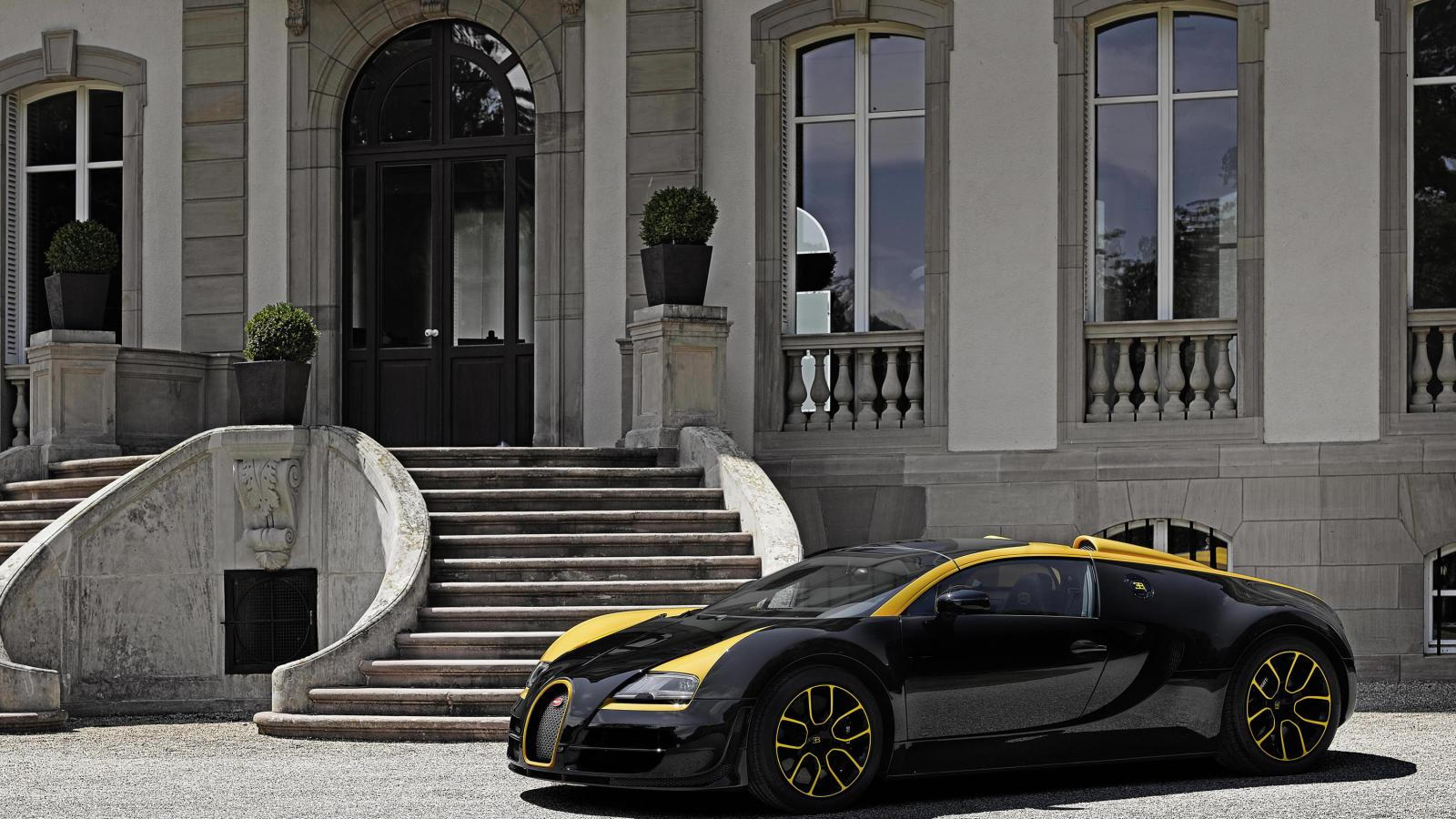 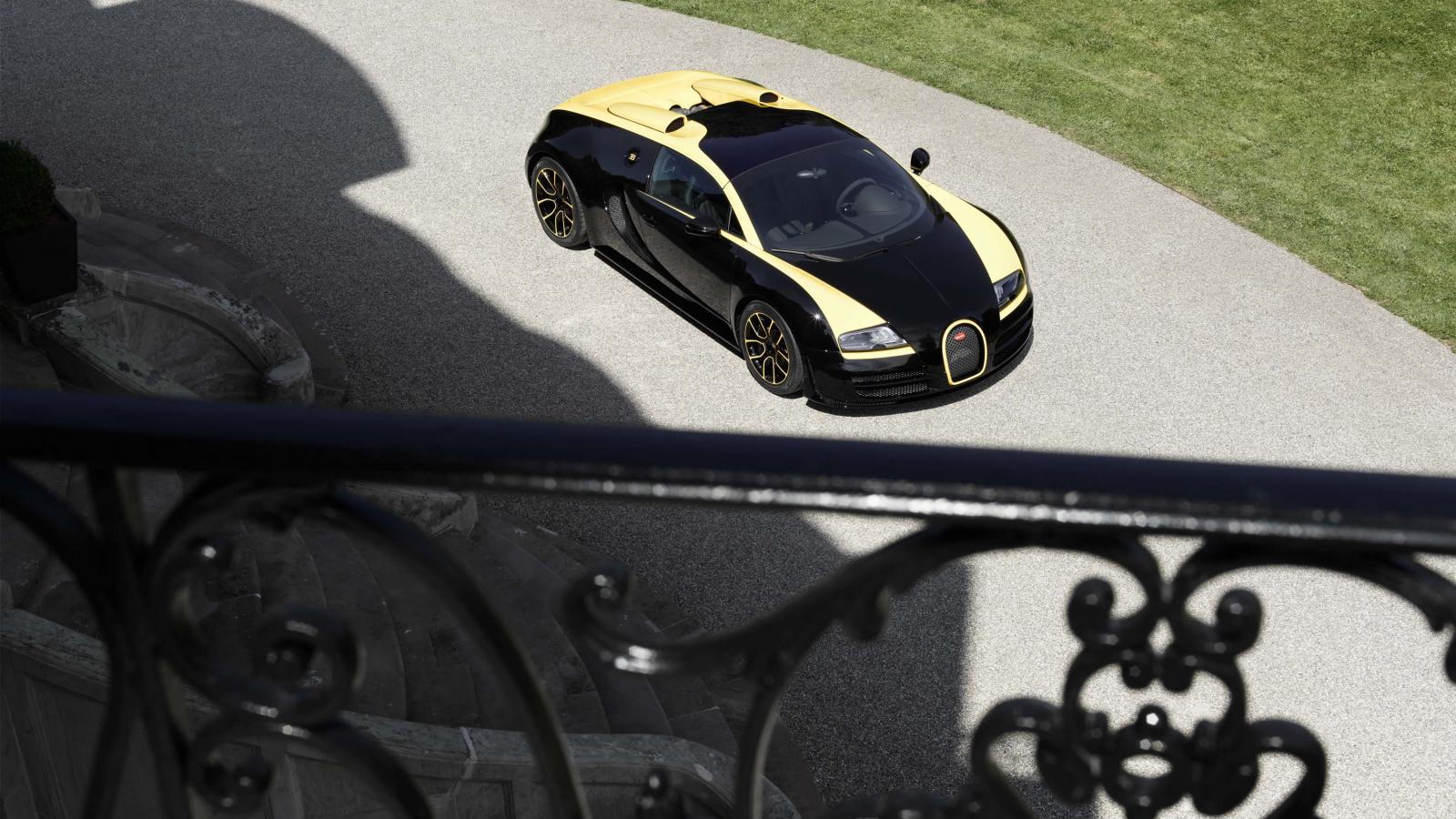 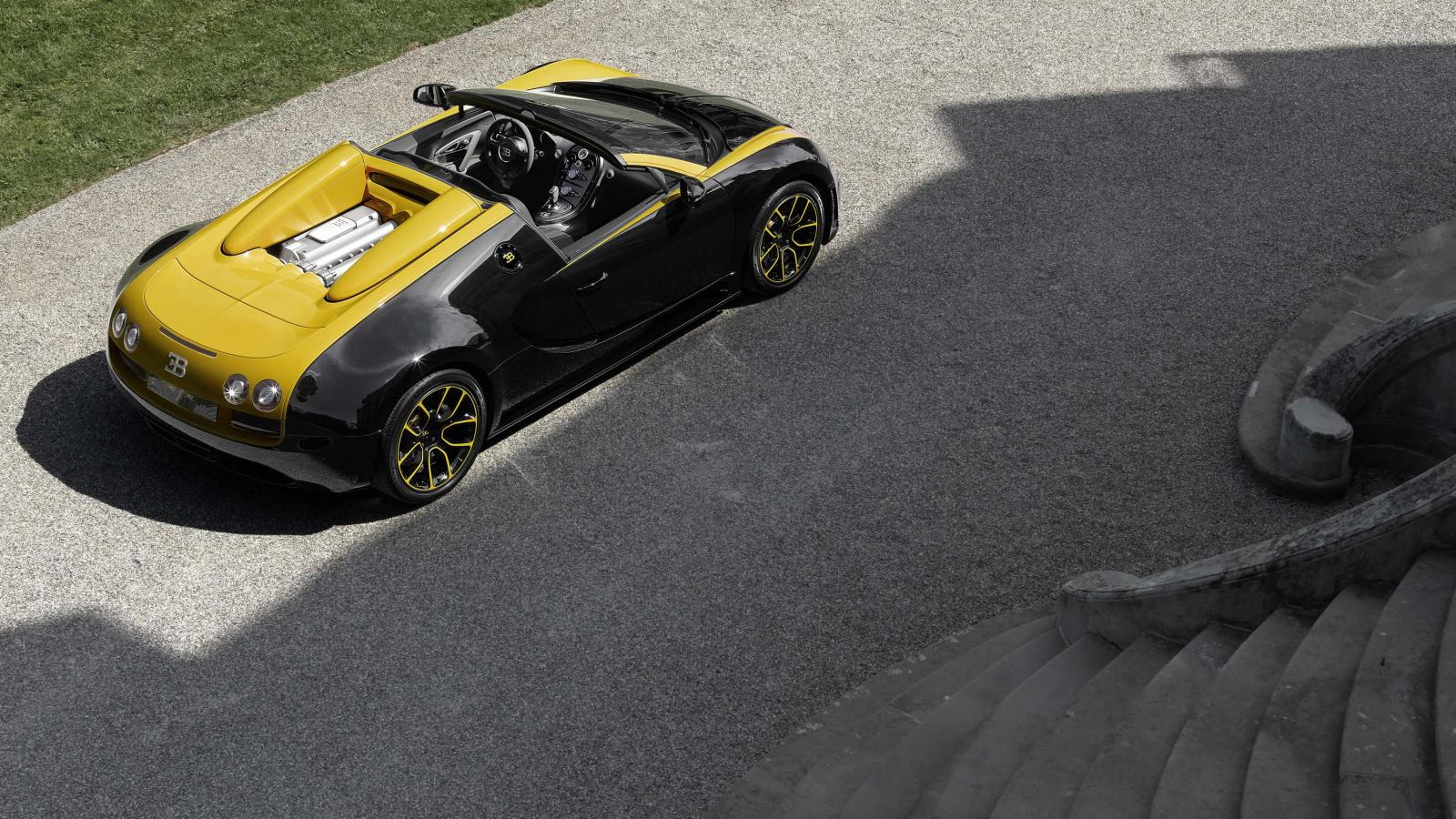 While Bugatti’s main attraction at the 2014 Pebble Beach Concours d’Elegance over the weekend was its six Legend edition Veyrons, the French automaker also rolled out an additional car, one with even higher exclusivity. The car is the Bugatti Veyron Grand Sport Vitesse ‘1 of 1’, and its name emphasizes a core competency of Bugatti, namely personalization.

Yes, in the spirit of Ettore Bugatti, whose motto was “Nothing is too expensive, nothing is too beautiful”, the automaker he founded continues to work in partnership with its customers to design vehicles which express both the legend of the brand and their own personality.

For the ‘1 of 1’, the buyer, a man from Singapore, chose the Bugatti family’s signature colors of black and yellow. Ettore Bugatti and his son Jean had a number of important cars finished in similar fashion, including the Type 44, shown alongside the new creation and also present in Monterey last weekend. It was on loan from the Mullin Automotive Museum.

The interior follows the same theme. The complete interior is trimmed in black leather, while the instrument panel is made of deep-black exposed carbon. The yellow decorative stitching on the steering wheel, seats and gear selector offer a nice contrast, and also gracing the cabin is a shining yellow Bugatti Type 35 race car—at the buyer’s request, a sketch of the Type 35 has been rendered in the black carbon lid of the rear center box between the seats.

One additional special touch is the grille, which features a mesh pattern comprised of the Buyer’s initials, “PL”. In an extremely complex process, every inner surface of the grille was hand-polished. After that the grille was black-anodized, then the front was polished and the grille was finished again with a natural anodized layer. More than 200 hours were spent on perfecting the look.

As the car is based on the Veyron Grand Sport Vitesse, it also sports a 1,183 horsepower, quad-turbocharged 8.0-liter W-16 that can launch it to 60 mph from a standstill in just 2.6 seconds. It’s also capable of driving at 254 mph, with the top down, making it the world’s fastest open-top production car.

There’s been no mention of how much the car cost its buyer, but Bugatti is quick to point out that the average net price of all Veyrons sold, including options, is presently more than €2 million (approximately $2.67 million). We suspect this one-off car cost something above that figure.