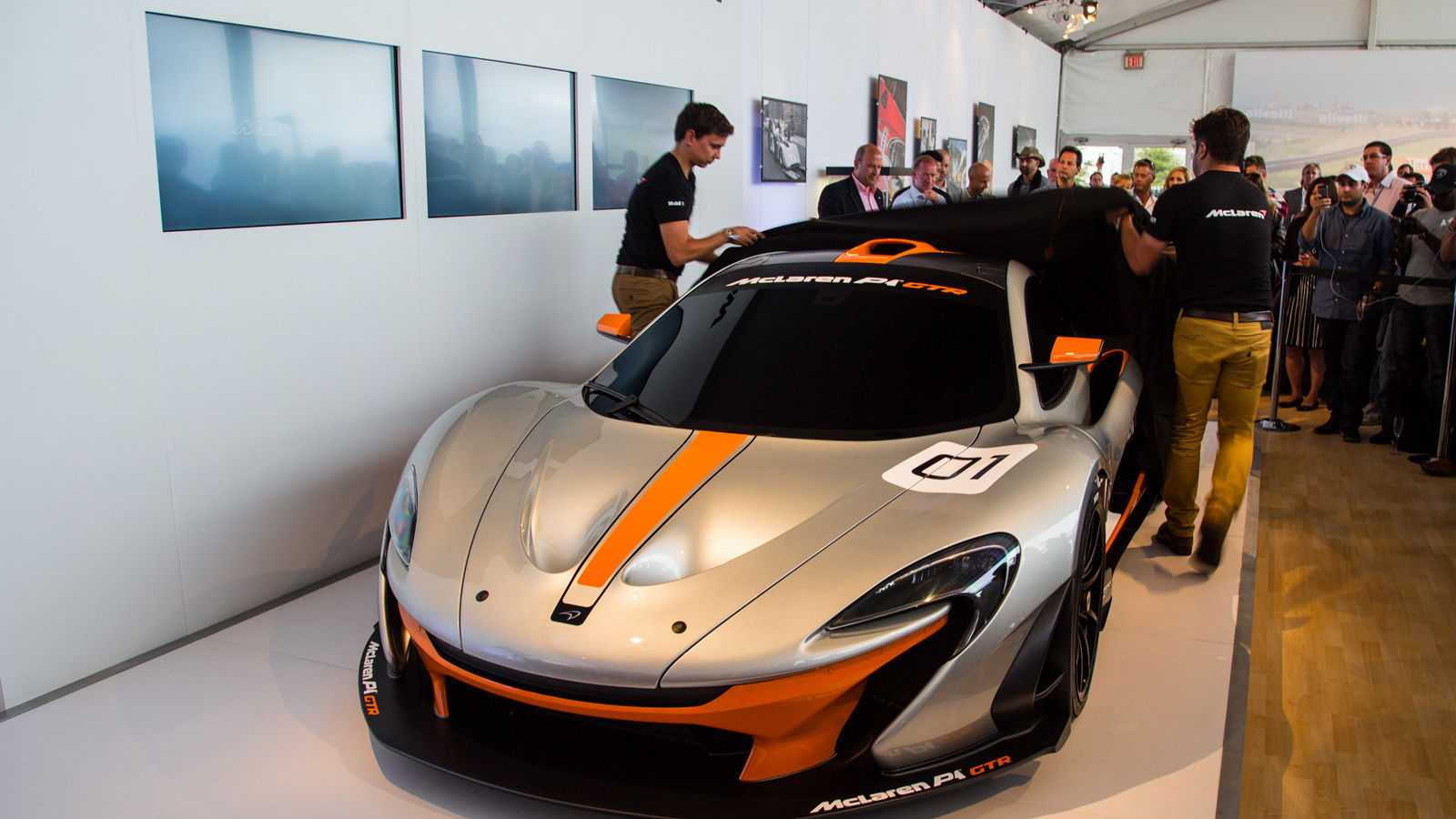 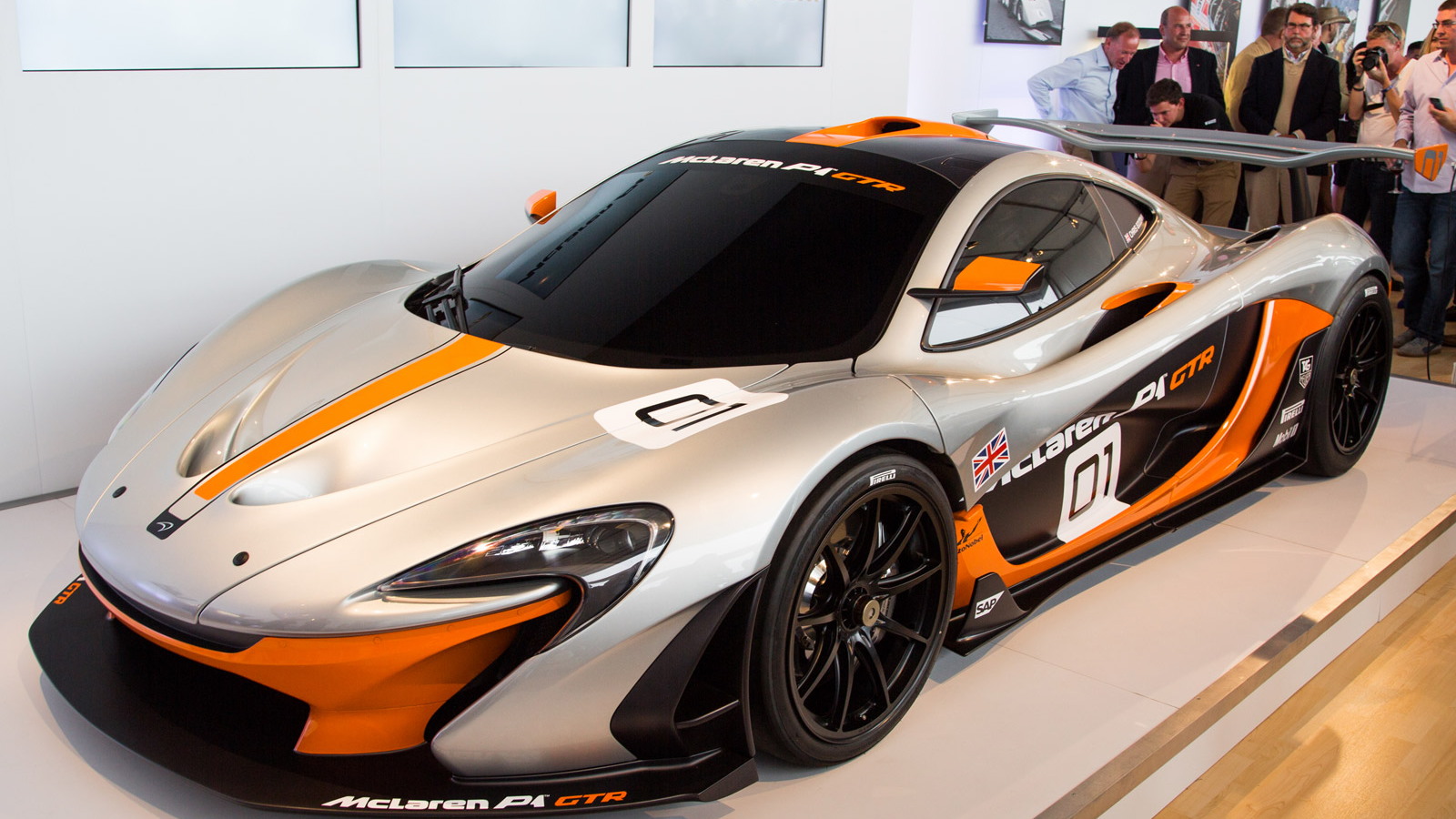 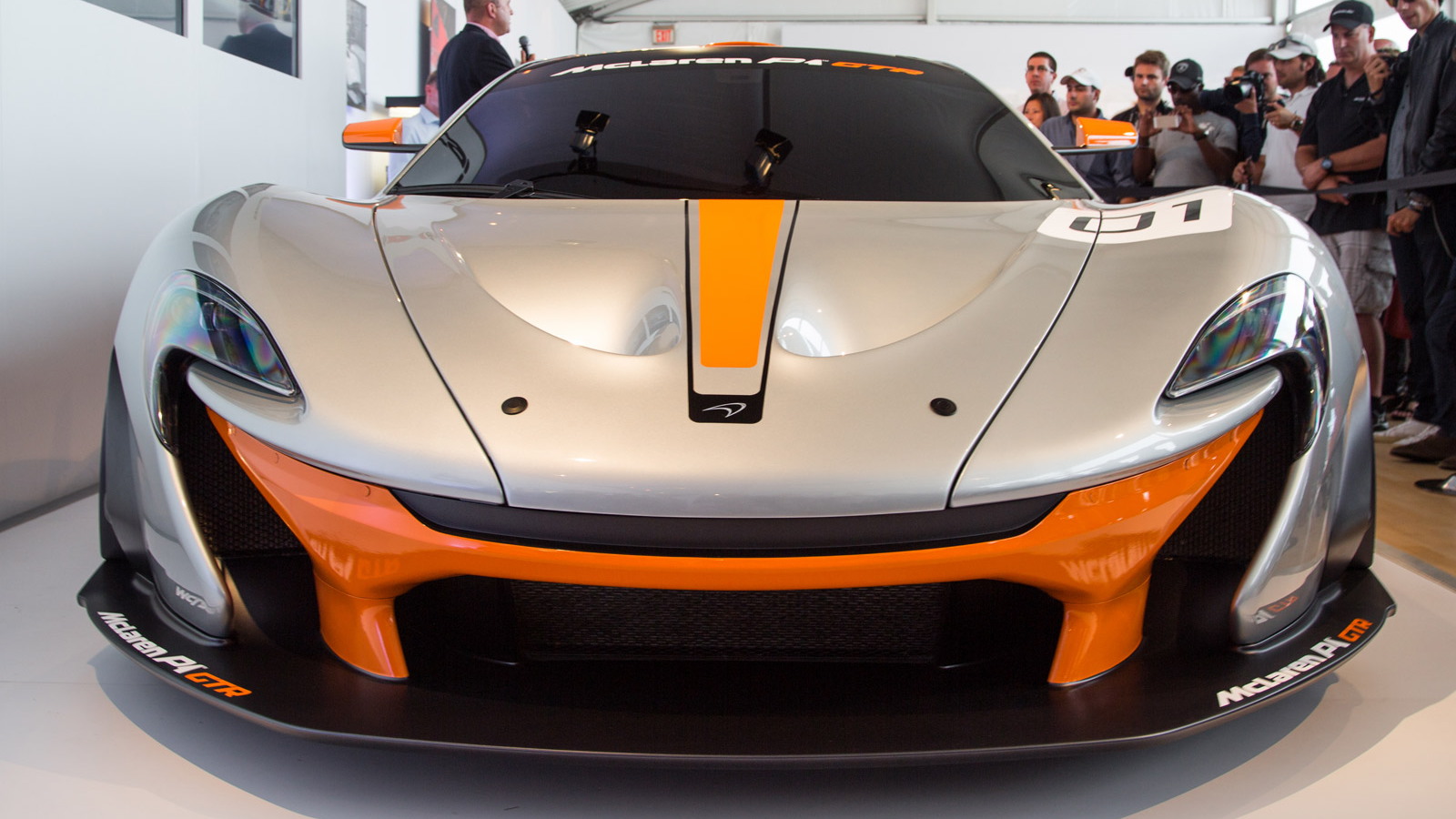 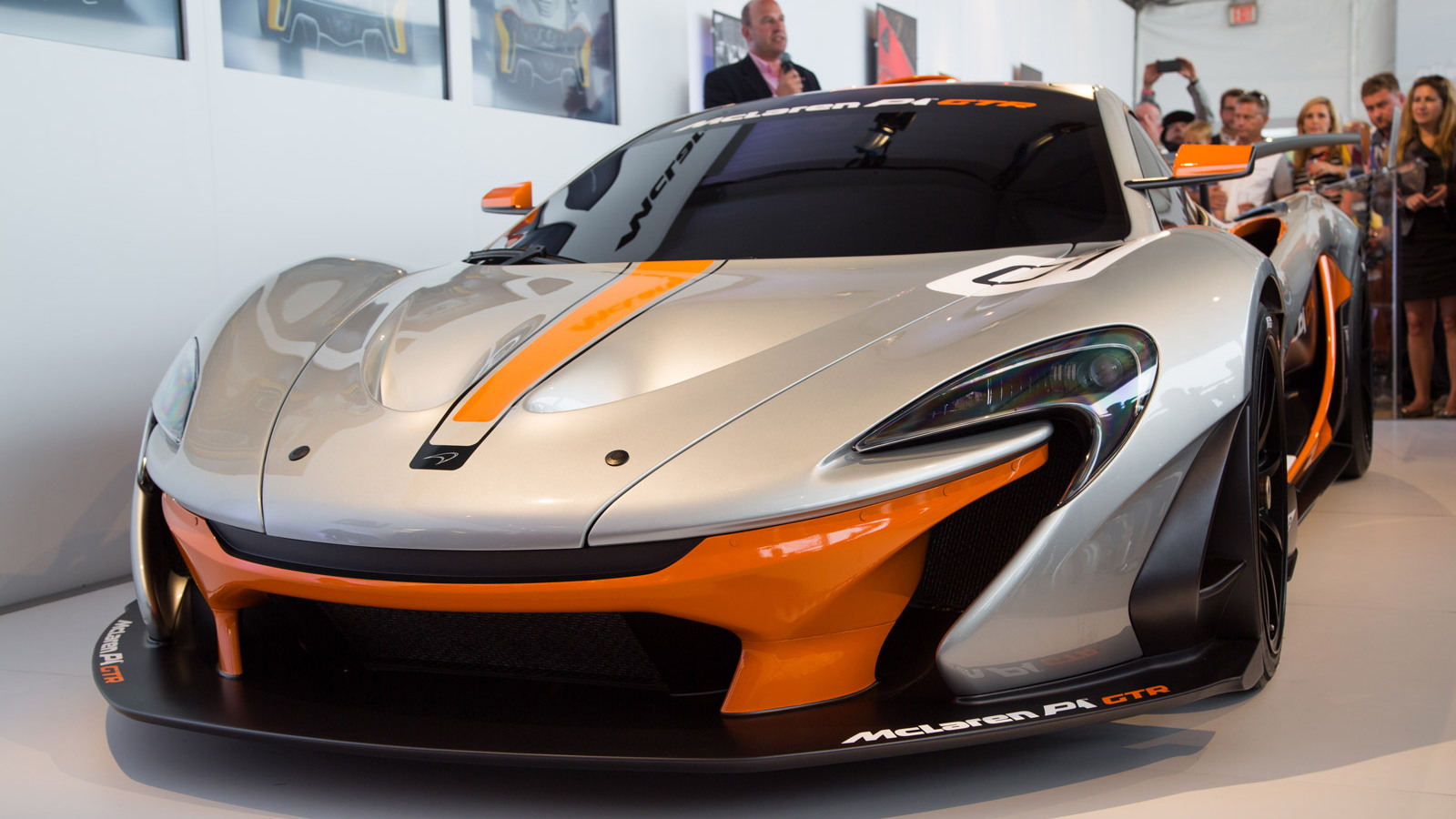 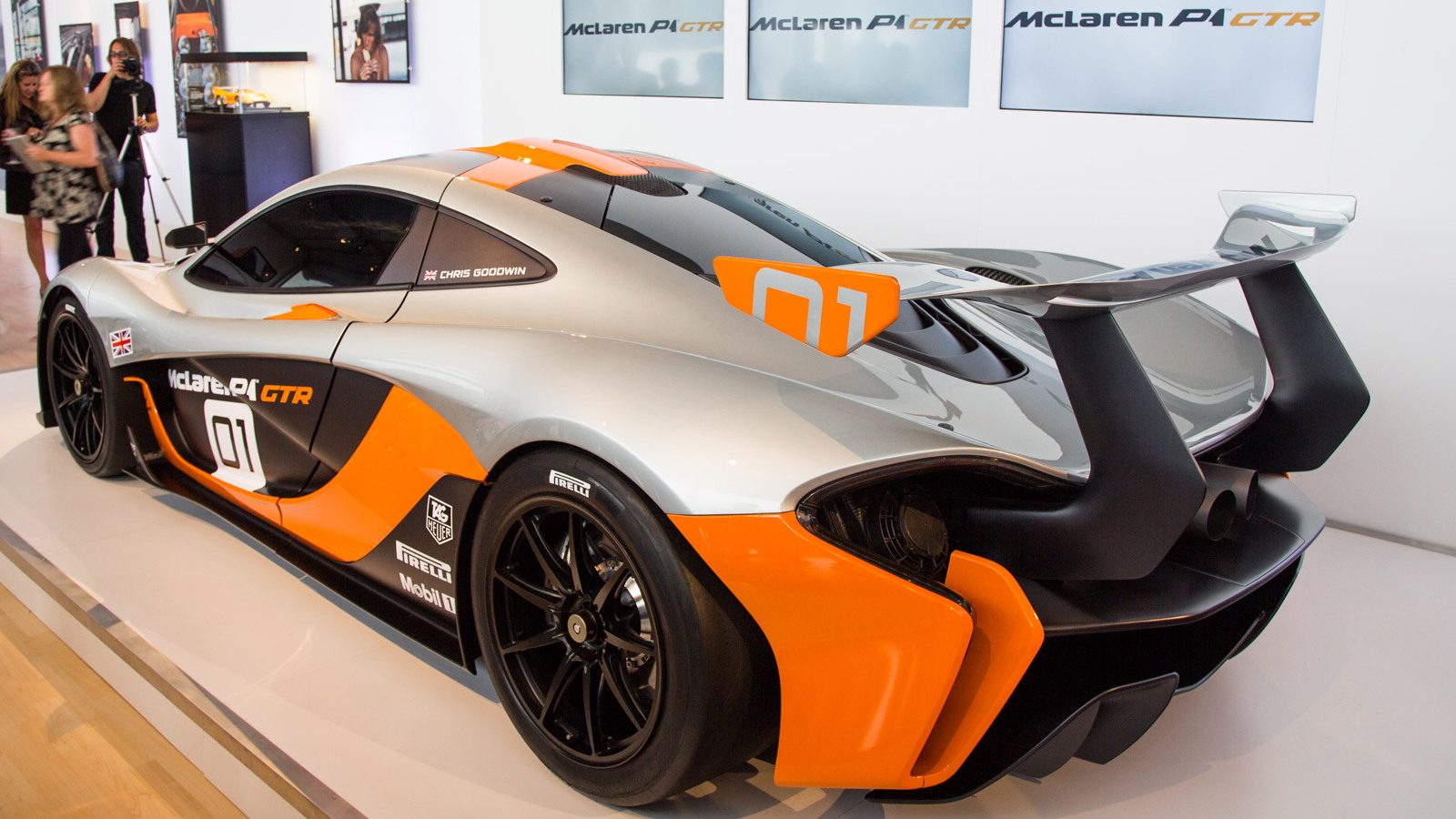 One of the stars of this past weekend’s Pebble Beach Concours d’Elegance was the McLaren P1 GTR, a hardcore, track-only version of the British supercar that will be built in an extremely limited run and offered only to original owners of the P1 road car. McLaren is offering the P1 as a way of acknowledging its most loyal fans, giving them a chance to immerse themselves in the brand and experience its finest engineering.

It’s also a nice little way for McLaren to earn a little additional return on its investment in the P1 project as well as provide a response to Ferrari’s upcoming LaFerrari XX. Pricing for the P1 GTR is set at £1.98 million (approximately $3.36 million), but this includes the car plus a tailored program created for each customer to build driver capability… but more on that later.

As this photos from CarNinja show, the design of the P1 GTR is extremely aggressive. What the P1 GTR offers over the existing P1 is more power under the hood, more downforce and less weight—all aimed at making it the best driver’s car for the track. Power from the P1’s plug-in hybrid drivetrain has been increased to 986 horsepower in the P1 GTR, up from 903 horses. The car also features race-proven slick tires, a wider track, a fixed ride height, fixed rear wing and an ERS-style push-to-pass system that provides an additional boost of energy temporarily. Unfortunately, all of the modifications mean the P1 GTR isn't drivable on the street.

The front track of the P1 GTR design has been increased by 80 millimeters and is coupled with a more aggressive GT-style front splitter. Reprofiled low temperature radiator ducts seamlessly flow into the leading edge of the aggressively flared front wheelarches, while the active aerodynamic flaps are retained from the regular P1 in the floor ahead of the front wheels.

An additional aerodynamic blade is located behind the wheelarch to clean the air from the front tires. This aero device flows seamlessly along the bottom edge of the dihedral doors, along the flank of the carbon fiber bodywork, to an additional side panel at the rear which ducts additional air into the high temperature radiator and improves the aerodynamic performance of the rear floor.

The wing mirrors have been repositioned to the A pillars, to put them closer to the eye line of the driver and reduce aerodynamic drag, while the trailing edge of the door-mounted radiator channels have been extended to draw more air down through the cavity within the door, and into the engine to aid cooling.

A set of lightweight 19-inch motorsport alloy wheels are fitted–10.5-inches wide at the front, 13-inches at the rear–and are secured into place with quick-release center locking nuts. Tire changes are made easier through an air jacking system. Pirelli has developed the tires fitted to the car.

At the rear, a large, twin-element wing is mounted on dramatic carbon fiber stands which extend around the rear of the bodywork. This fixed height wing is fitted with a hydraulically operated Drag Reduction System (DRS) to boost acceleration performance, and has been honed to provide increased levels of downforce compared to the road car, working with the active aerodynamic flaps located ahead of the front wheels.

Below the rear wing sits the exposed, centrally mounted exhaust, which is an all-new design, developed exclusively for the P1 GTR. The design of the exhaust has also changed, with a straight cut twin pipe setup now used in place of the single exit exhaust. McLaren has chosen inconel and titanium alloy for the pipes and says they allow the car’s twin-turbocharged 3.8-liter V-8 to emit a much more raucous sound.

McLaren is yet to reveal updates for the interior of the P1 GTR. That’s because the car on show in Monterey is still a concept, with the production version only due once production of all 375 P1 road cars is completed later this year.

As mentioned, there will be a tailored driver program for each P1 GTR buyer. Run by the McLaren Special Operations team, the program will include specialist driver training, access to the McLaren racing simulator, and maintenance for the cars. Part of the program will also include events held at race tracks all over the globe, where P1 GTR buyers will be able to fly in and drive as well as take part in social events, just like Ferrari’s Corse Clienti program.

While the P1 GTR borrows its name from the legendary F1 GTR race car that took overall victory at the 1995 24 Hours of Le Mans, McLaren has no plans at present to build a racing version of the P1.