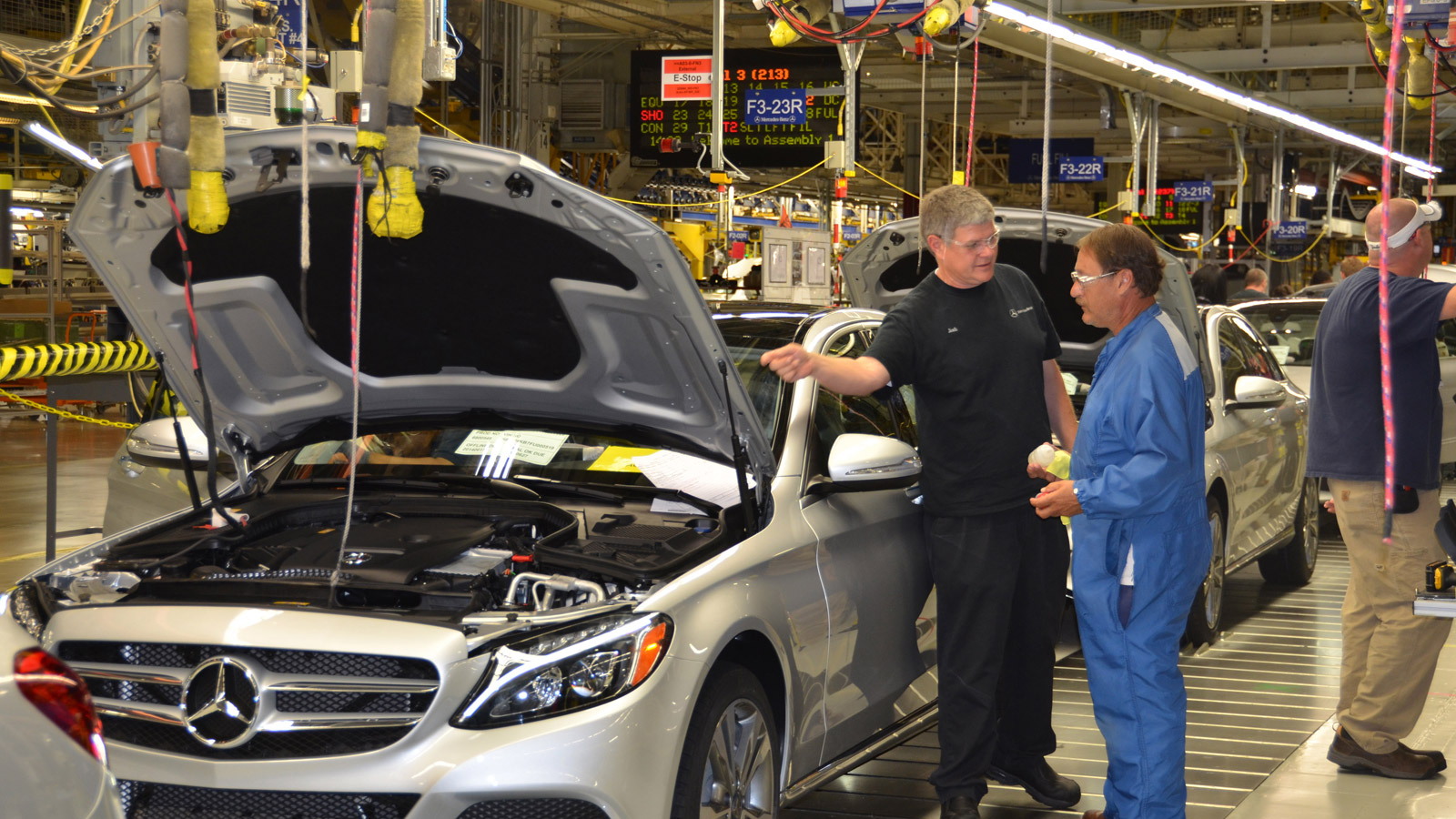 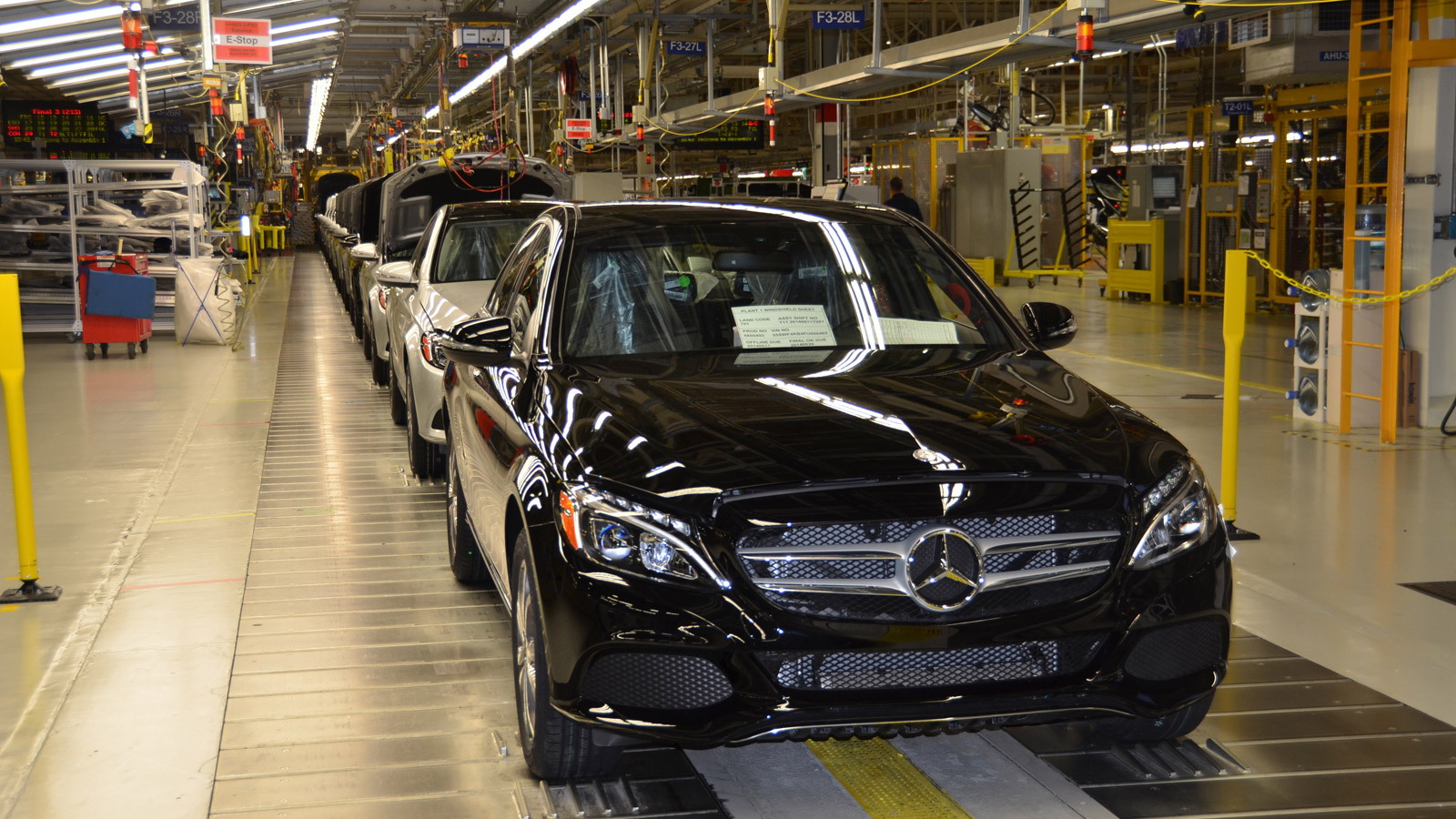 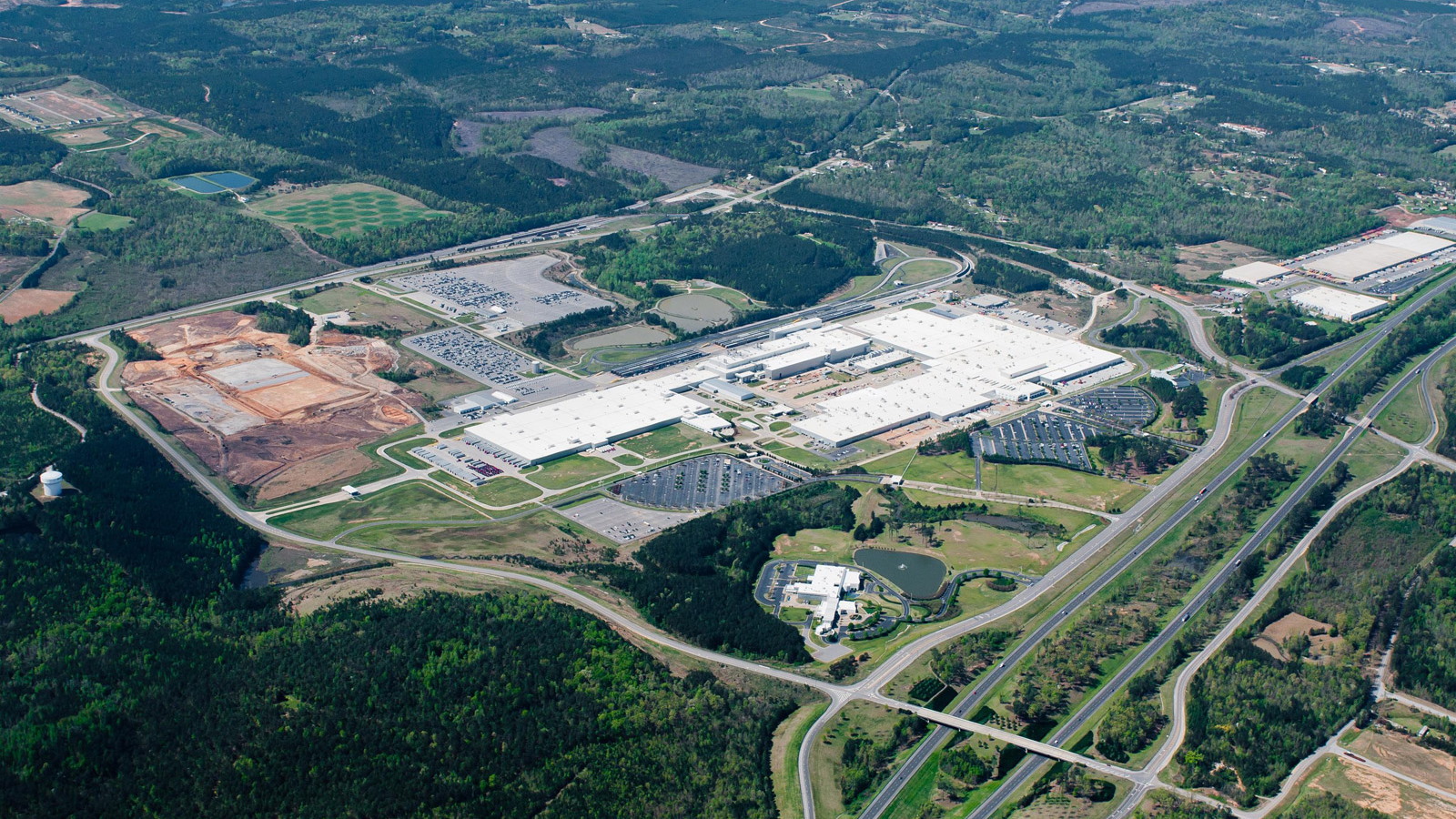 3
photos
Mercedes-Benz on Wednesday started production of the 2015 C-Class at its plant in Tuscaloosa, Alabama, the same site where it builds the M-, R- (for Chinese market only) and GL-Class models. It was first confirmed that the Tuscaloosa plant would start C-Class production as far back as 2009, and now the first cars are rolling off the line, four months after production of the latest-generation C-Class started in Germany. Mercedes will eventually add C-Class production at sites in Brazil, China and South Africa.

According to Reuters, Mercedes is hoping to catch up with rival automaker BMW, which recently said it plans to increase production at its plant in Spartanburg, South Carolina by 50 percent to 450,000 cars by 2016. Mercedes’ Tuscaloosa plant is currently churning out about 185,000 cars per year.

It’s possible Mercedes could also eventually start production of compact cars at a Nissan plant in Mexico tooled to produce some Infiniti models. As Infiniti is using a Mercedes platform for its future compact cars, production facilities could potentially be shared.

"With the successful start of production at the Tuscaloosa plant, we are expanding our C-Class capacities and are ready for the market launch in the U.S. and Canada in the fall,” Mercedes board member for production Markus Schäfer said in a statement. “For the first time, the C-Class is manufactured also in Tuscaloosa—the team has done an excellent job in mastering this challenge."

The C-Class will initially go on sale in C300 and C400 trim, and with standard 4MATIC all-wheel drive. Rear-wheel-drive models will be offered at a later date, including in high-performance C63 AMG flavor. For our first drive report on the 2015 Mercedes C-Class, click here.