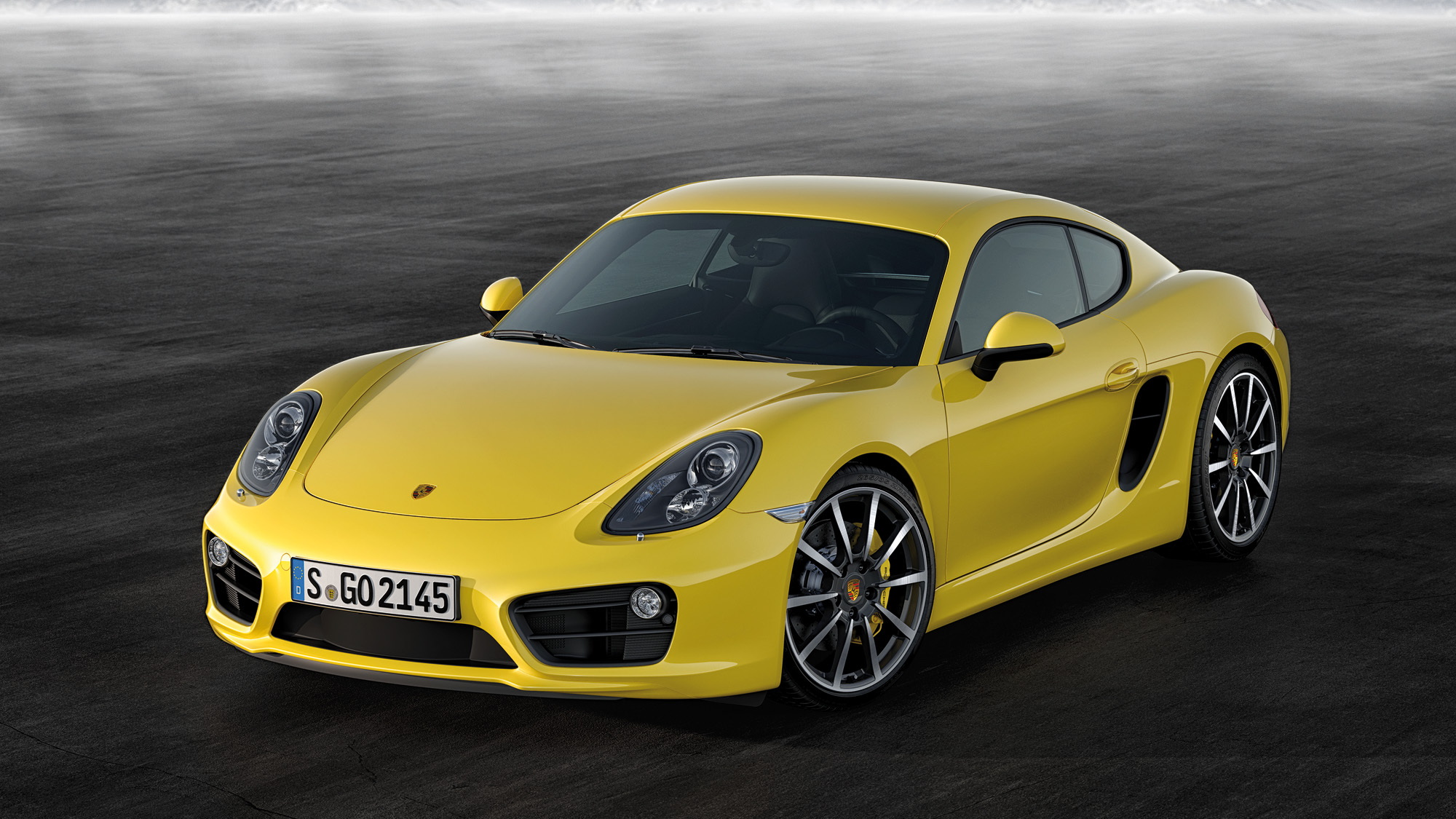 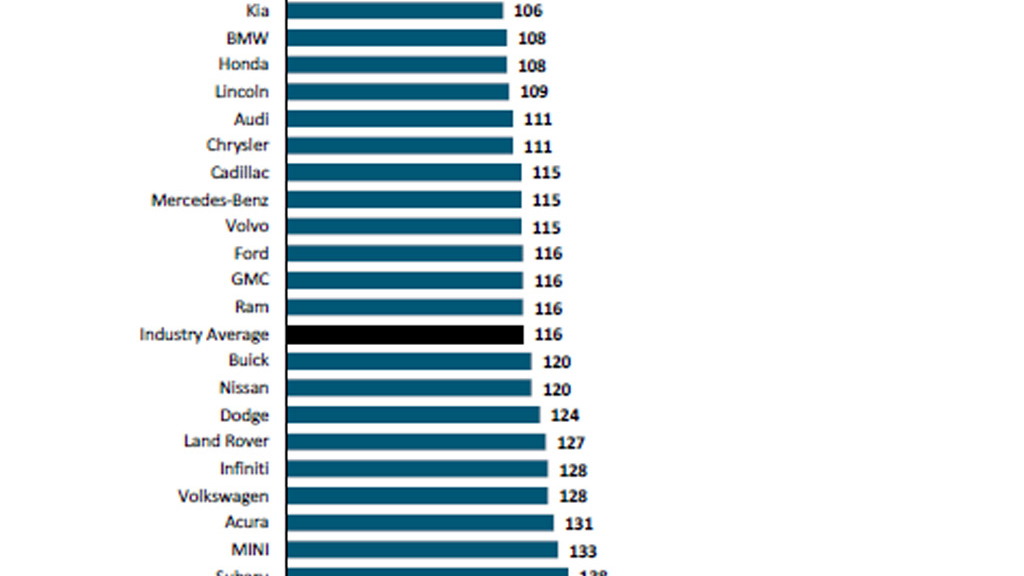 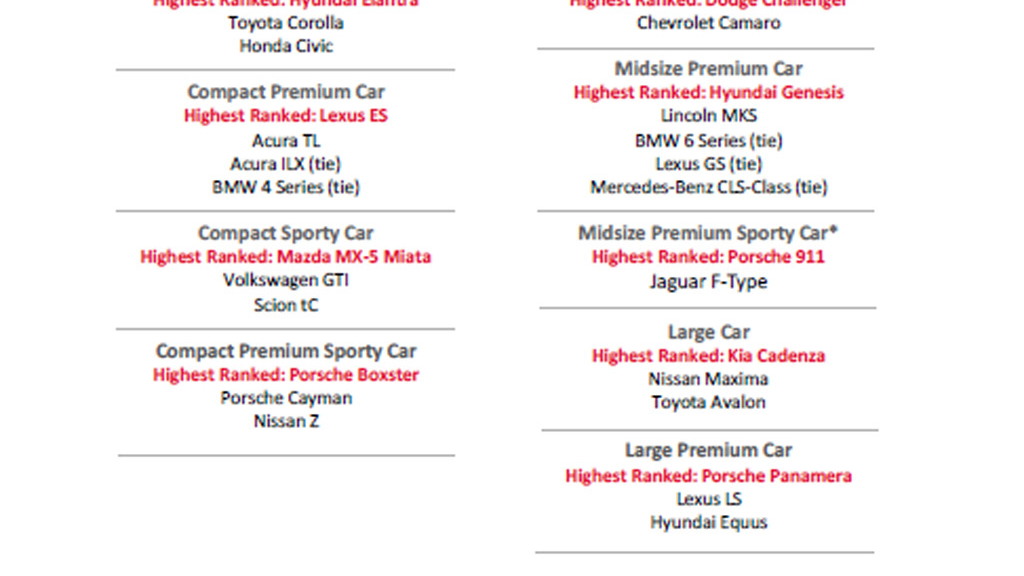 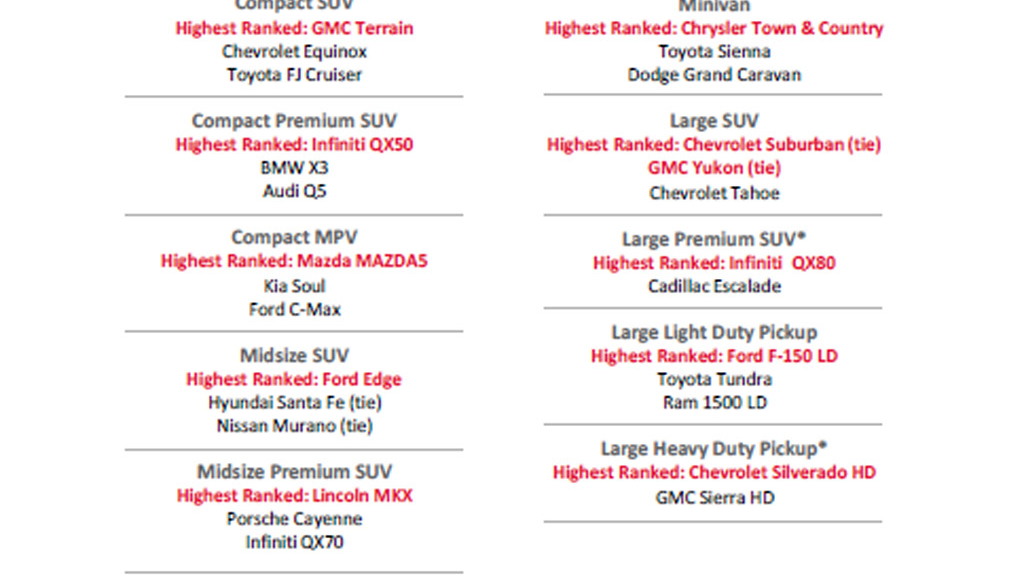 4
photos
In a year that saw the average number of problems experienced by new car buyers increase, Porsche remains on top and actually managed to improve its score. Yes, the results for 2014’s J.D. Power Initial Quality Study are in, and it’s Porsche on top for the second year in a row, followed by Jaguar second and Lexus third.

The annual study, now in its 28th year, looks at problems experienced by buyers of new cars during their first 90 days of ownership and uses the average number of problems to rank the brands—lower scores mean a better result. This contrasts with J.D. Power’s Vehicle Dependability Study, which looks at three-year-old vehicles.

In the latest study, the industry average this year was 116 problems per 100 vehicles (PP100), up from 113 last year. The main reason for the increase is the change in the study last year to include design-related (mostly tech features) problems as well as manufacturing ones. According to the researchers, the increase in problems was found mainly in the areas of voice recognition, Bluetooth pairing and audio systems—issues that weren’t around even just a few years ago.

Porsche’s score was an impressive 74 PP100 while at the other end of the spectrum was Fiat with a score of 206 PP100 (full list of brands and scores in gallery above). General Motors, meanwhile, was the automaker with the most models at the top of their respective segments. These were the Buick Encore, Chevrolet Malibu, Chevrolet Silverado HD, Chevrolet Suburban, GMC Terrain and GMC Yukon.

This year’s study looked at the responses of more than 86,000 buyers and lease owners of new 2014 model year vehicles surveyed after 90 days of ownership. The results are extremely important for automakers as the study also finds that buyers—naturally—remain most loyal to brands with fewer problems. The researchers found that 57 percent of owners who reported no problems stayed with the same brand when they purchased their next new vehicle. Brand loyalty slipped to 53 percent among owners who reported just a single problem and to 48 percent among owners who reported two or more problems.