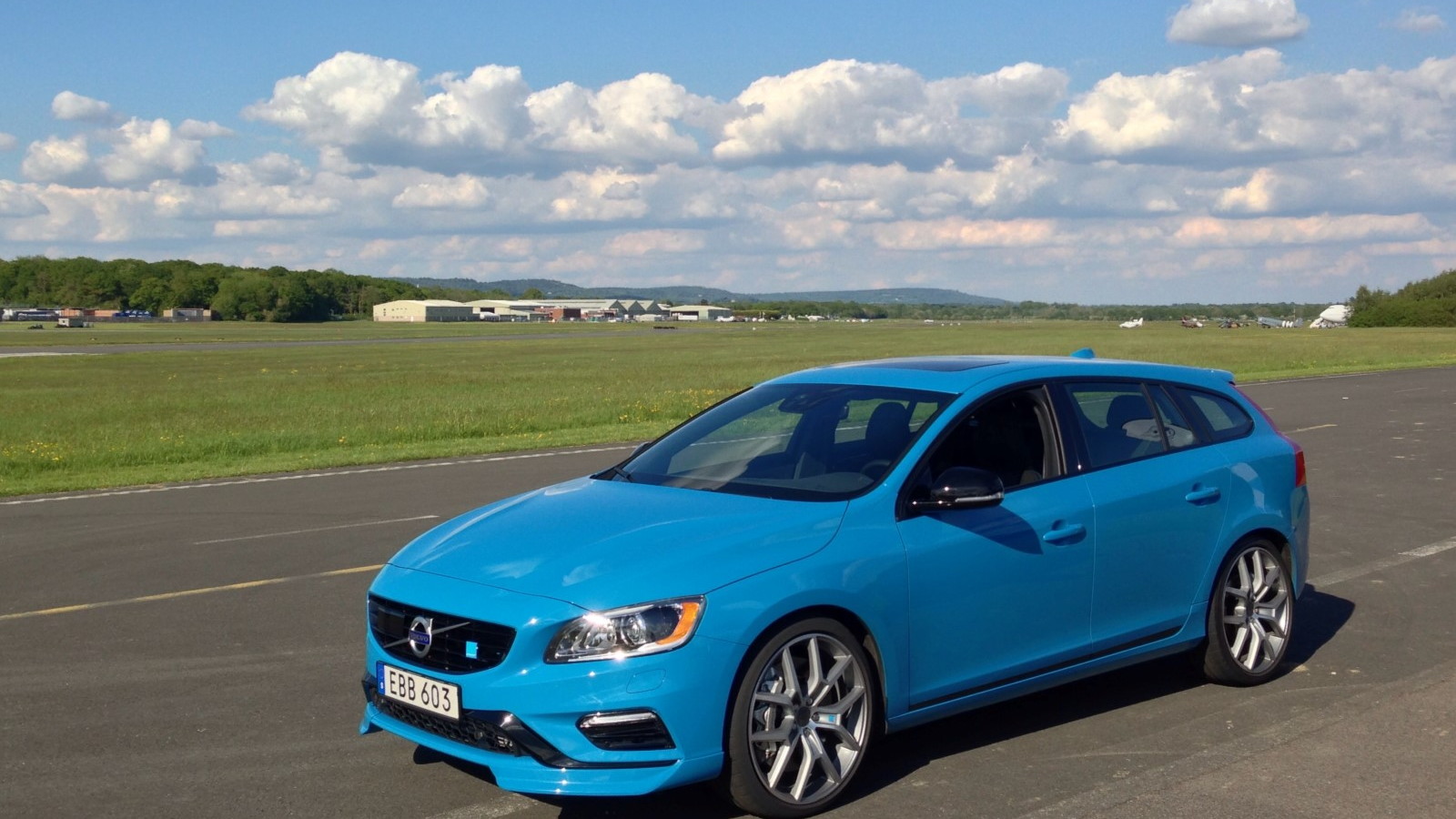 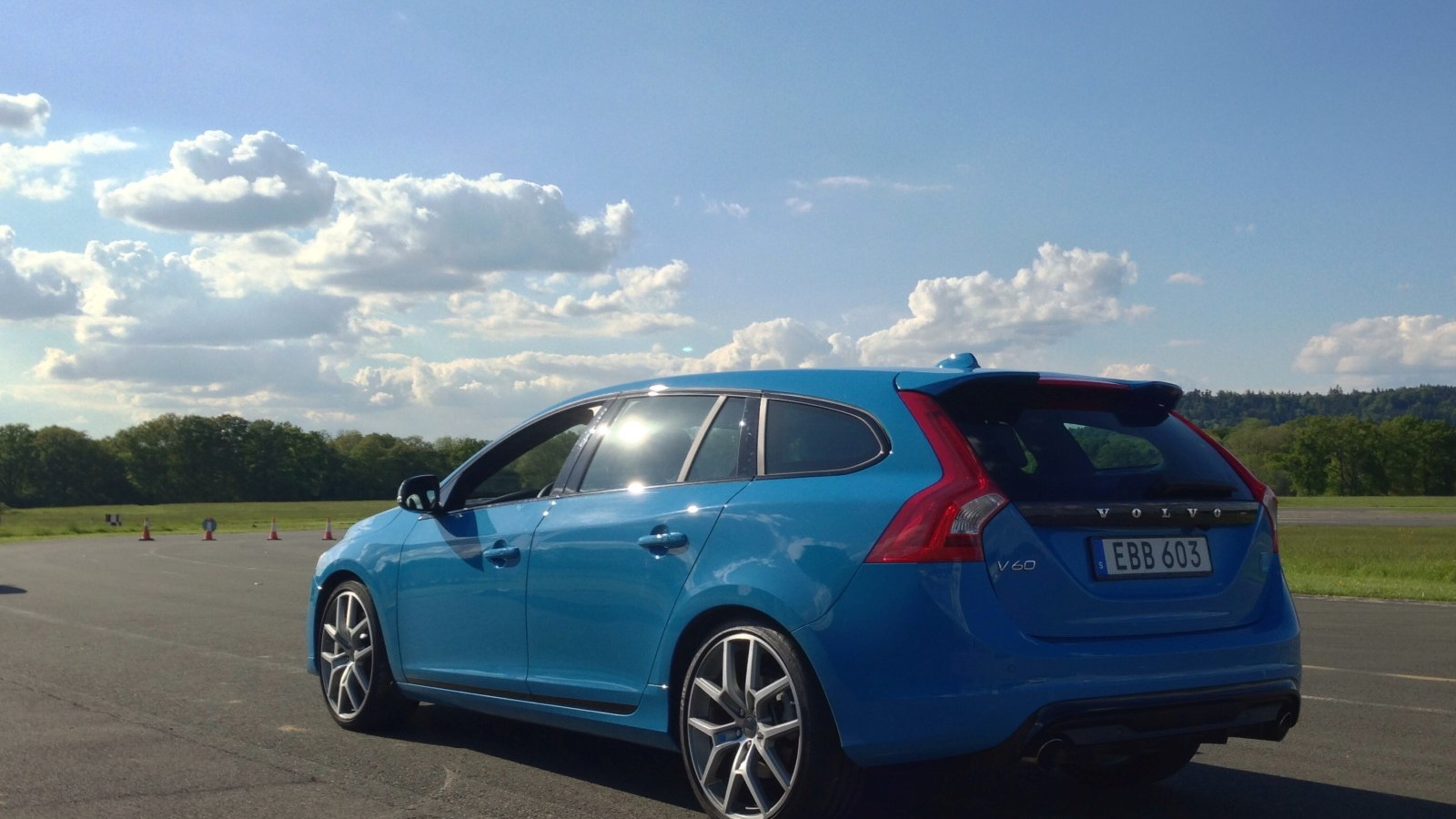 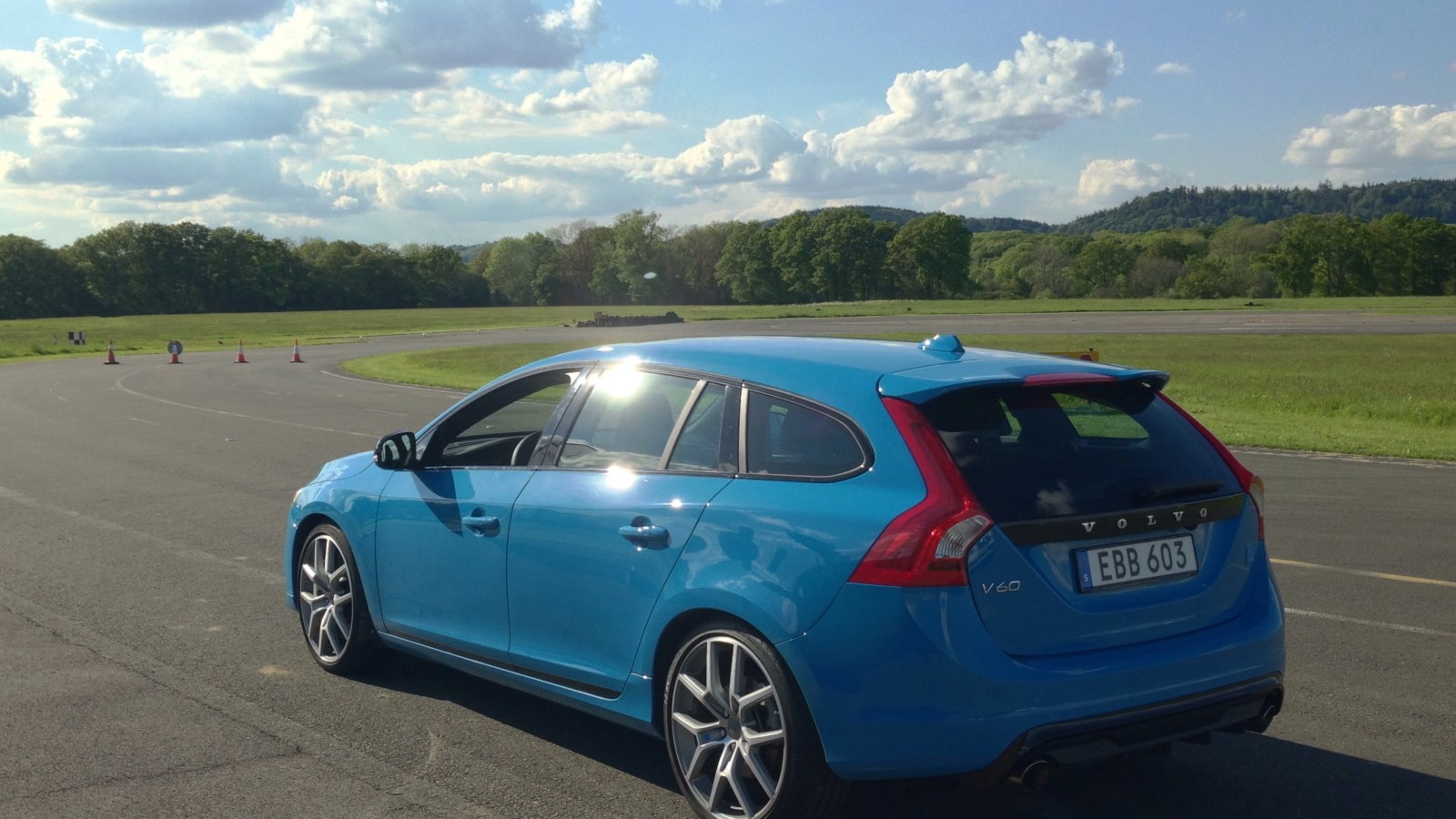 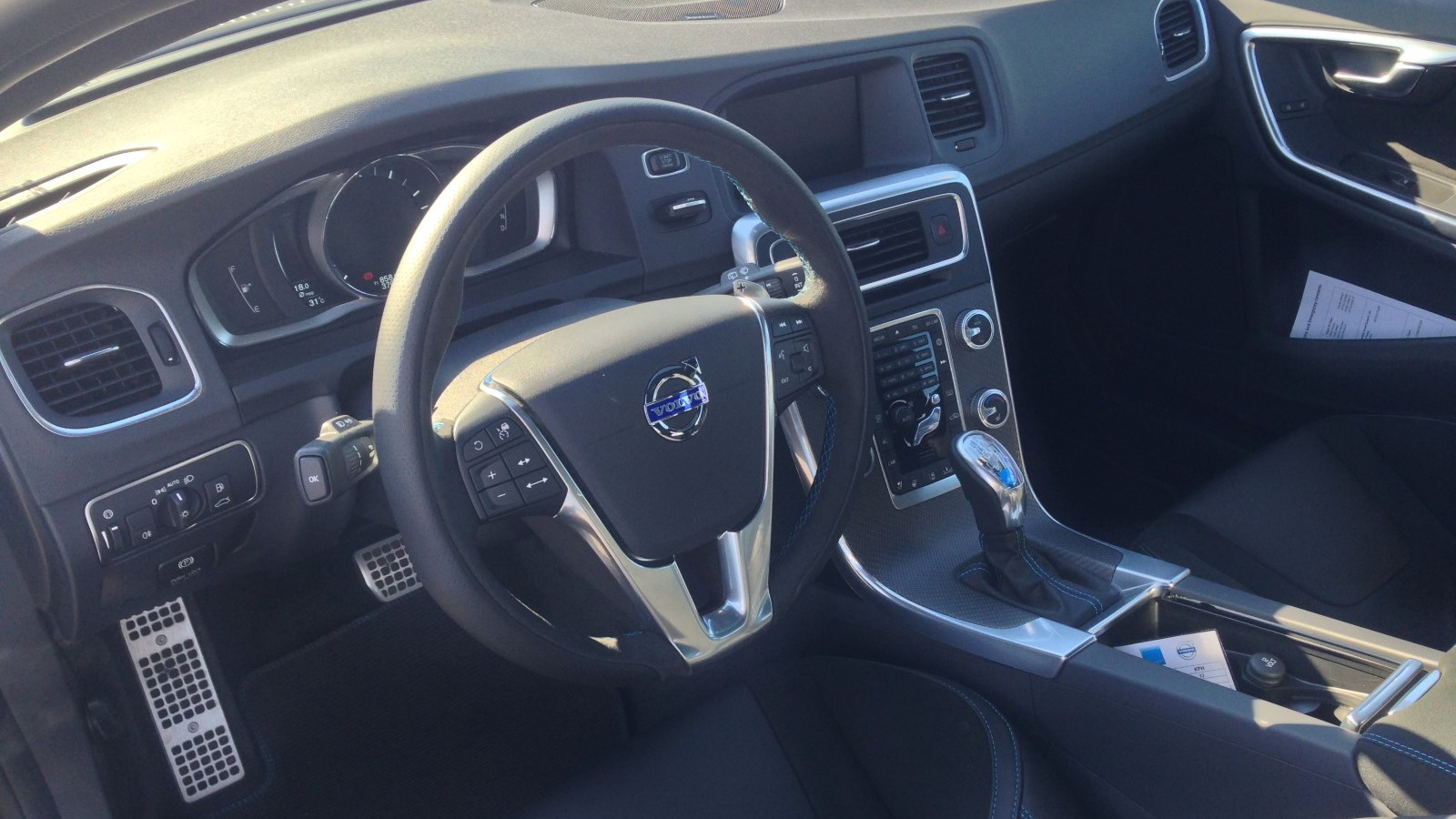 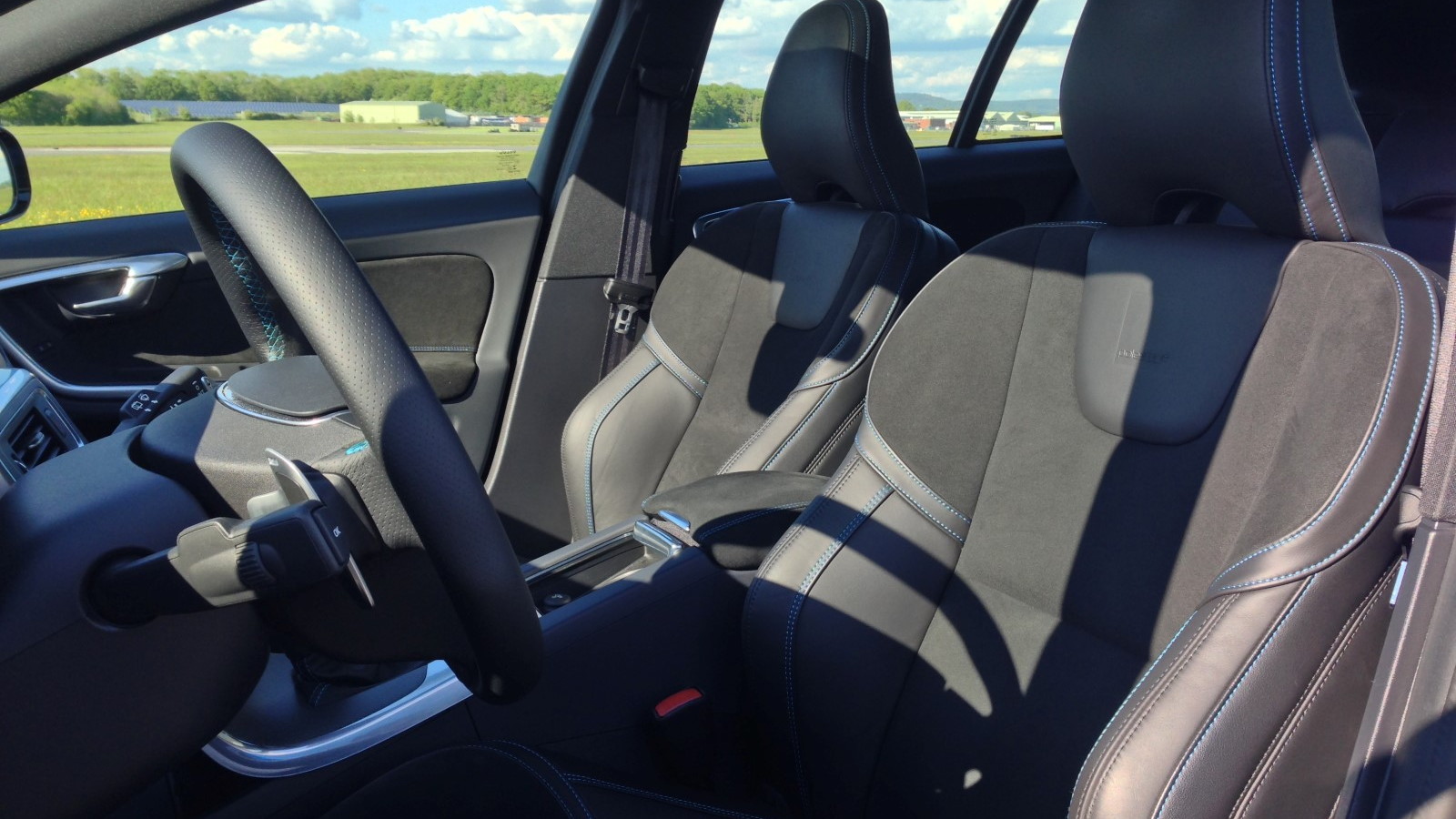 The Volvo V60 Polestar, we were told before getting behind the wheel for the first time, should not be judged against traditional competitors. Instead, says Volvo, it should be judged on the smile it leaves on your face after a drive.

Normally, it's safe to dismiss such soundbites as the optimistic ramblings of a marketing department, but it really is hard not to smile after driving Volvo's fastest road car. It may not pull large smokey slides like a Mercedes-AMG or carve up a circuit like a BMW M3, and it lacks the outright performance of either. But Volvo and its performance partner Polestar have still made a hugely satisfying performance car.

Each and every Polestar V60—and its S60 sedan counterpart—is made on the same production line as its more subdued counterparts. Despite this, Polestar boasts as many as 50 significant performance alterations to the car and over 200 new parts numbers, so it's more than a mere "bodykit and stiffer springs" performance package.

It starts with changes to the 3.0-liter inline six-cylinder unit snagged from the standard T6, which receives a new twin-scroll turbocharger and uprated intercooler. Maximum output now nudges 350 horsepower at 5,700 rpm, with 369 lb-ft of torque at 3,000 rpm. Power is put through a six-speed automatic transmission, recalibrated for quicker shifts, and a Haldex four-wheel-drive setup.

A 2.5-inch stainless steel exhaust runs under the car and exits through a pair of tailpipes. Like many performance cars these days, selecting the car's sport mode opens up a valve in the exhaust system, adding instant burble at idle and a real growl once on the move. Raise the revs past 3,000 rpm and the system essentially turns to straight pipes. There's no better way to describe the resulting bark than most un-Volvo-like-—with a hard-edged timbre that's closer to a race car than the silkier inline-sixes that BMW is known for.

Rolling stock is upgraded to 20-inch Polestar rims with 245/35 ZR20 Michelin Pilot Super Sports. You're also connected to the road via a set of Öhlins shocks, amusingly described by Polestar's engineers as "like those on a Lamborghini Aventador—but one level above". The springs—painted Rebel Blue to match the body—are 80 percent stiffer at the front, and a carbon fiber strut tower brace boosts chassis rigidity. Should you wish to stop as well as go and turn, a set of 371-mm floating front rotors does the honors, clasped by six-piston Brembo calipers.

Out on the road, it's the sound and the firmer ride that grab you the first. Our U.K. test route proved typically bumpy in places and called into question Volvo's claims that the Polestar can be used "365 days of the year", but we were told the fancy shocks can be tweaked by your dealer for a slightly more absorbing ride.

The payoff is impressive grip, despite the V60's not-inconsiderable bulk. Steering feels sharper than on the standard car—not bristling with feel, but plenty accurate—and it really hangs on through the turns.

Traction is immense too, illustrated further by a test of the Polestar's launch control system. Turn off the stability control through the car's menu system, plant a foot on the brake, floor the throttle and side-step the brake within five seconds. The time limit ensures you don't damage the engine, but we were assured your warranty will remain intact—unlike those in a few other high-profile cases. Concerns aside, the resulting sprint will fire you to 62 mph in five seconds (4.8 to 60 mph), without a hint of squirming from the tires. Top speed is a limited 155 mph.

We didn't hit the latter during our test, but a shot at the famous Top Gear Test Track at Dunsfold Aerodrome certainly allowed for some high speeds. With instruction from Scandinavian Touring Car ace Thed Björk, we quickly got to grips with the airfield track and began to exploit the Polestar's upgrades.

It's no track car, and Polestar doesn't position it as such, but for a 4,000-lb wagon with room for five and a dog it's capable enough. You can feel the weight during heavy braking and quick transitions—such as those into the tight left-right of the Hammerhead corner—and there's predictable understeer through the high-speed Follow Through turn.

But you don't notice that on the road, where its unbelievably comfortable cabin, relaxed cruising abilities and striking styling are equally important. As is the all-wheel-drive system and, for those in less clement climates, specially-selected Polestar winter tires. And where it really scores is in the feel-good factor—that it's not the predictable German choice will be enough for some, even though it lacks their performance. Polestar's marketing spiel about smiles isn't that far from the truth.

The first 2015 Volvo S60 and V60 Polestar models should reach dealers this June. Only 120 examples are pegged for the U.S. market, which means availability will be tight. The all-important pricing information will be released closer to the sales launch.